Helena Valley resident Fred Terry never aspired to be a published author, but he wound up becoming one after writing a children's book as a way to connect with his kids while deployed with the U.S. Army National Guard.

His children's book, "White Paw: Beyond the Gate," tells a slightly fictionalized version of what took place on the Terry family farm while Fred spent nine months deployed to the Guantanamo Bay Detention Center in Cuba. It is told from the perspective of a puppy that lived on the farm after being birthed by one of the family dogs, Prancer the Pup.

The book is somewhat whimsical, as told to Fred by his children through their daily observations during his deployment. It features many talking animals like Mr. Magic, the family's old billy goat that lives on the farm.

Fred said he kept a journal while deployed on various assignments with the Guard. While in Cuba, he decided he wanted to do something more to create, as he puts it, "a record of my time away from my family."

"I didn't start off with plans to write a book. I always just keep a little journal to memorialize that time away from my kids," Fred said. "It was really (his wife) Trish's idea. Every month on the 27th, the day I left on deployment, we'd use Facetime and I would read a couple of chapters. It was a good way to connect with the kids through storytelling."

According to Fred, reading chapters of the book every month was a good way to count down the time for the couple's five children: Kyara, Jobe, Elisha, Amariah and Anaiah.

"It kind of became a party night for all of them," Fred said. "They'd all gather around the TV or whatever and eat popcorn while I read to them."

Trish said the girls specifically would always giggle and laugh because they were in the story.

According to Fred, the book and reading the story not only helped his children cope with his absence, but helped him handle his own homesickness while deployed.

"It really helped keep me engaged with what was going on at the farm," Fred said.

Fred began to realize that what started out as a pet project had grown into a full-length story.

"I came to this realization near the end that I kind of had a real book on my hands," Fred said. "So I talked with a woman at church who had published books before and she walked me through all the various options."

Fred eventually settled on Kindle direct publishing for the book through Amazon. "White Paw" can be downloaded for Kindle, or a hard copy can be purchased on Amazon.

However, Fred isn't the only Montana veteran to contribute to the book. Another member of Fred's Butte-based unit, Jon Poe of Billings, illustrated the book for him. Fred said this fortuitous partnership came to be after he saw some of Poe's doodles on notepads. Fred approached him and asked if he'd be interested, and Poe was.

Poe initially did line drawings for the book, but wasn't personally happy with the turnout. He then decided to redo all of the illustrations in a water color style. According to Fred, most of the work the two did together took place while quarantined at various facilities, due to COVID-19, for around 50 days total.

According to Fred, the book became of a source of camaraderie in the unit. While there was some teasing about it, there was also a lot of collective input as the project progressed.

The product of their labor is a 13-chapter, approximately 150-page book written by Fred that is illustrated in full color by Poe.

However, this final product of having a published paperback book is somewhat superfluous to Fred. The goal was not to make money, although several copies have been sold at this point, but rather to form new bonds with his children during his deployment.

The reading over Facetime was a great way to count down the months, and Fred saved the final chapter to read to them when he arrived back home, he said.

This was Fred's third deployment in his 33 1/2 years with the Guard. Currently, he works as a signal officer for the National Guard, ensuring that communications are working properly. He previously deployed to Afghanistan as a military police officer.

According to Fred, the family has briefly floated the idea of Fred writing another book. This would again be a family affair with the kids providing input and Trish, who homeschools the children, helping out as editor.

"I never even really thought about writing, but as I wrote I thought that I should take it more seriously," Fred said. "It really did kind of awake a bit of being an author in me. A new potential hobby. It also made me read books different. I have a more critical perspective on them now I see lots of little tricks and things that authors do."

For the family, this book served its purpose because it represents a time in the family's life when Fred was gone. He said there isn't anything really to mark his time in Afghanistan in the same way. Certainly not anything that allowed Fred and Trish to incorporate the lessons they want their children to learn as they grow older.

Prancer the Pup has moved on. He found his own farm to live on after a time, but many of the personified animals are still there on the Terry farm north of Helena.

"The one thing I'd like people to take away from this is that for the families stuck at home, deployment is hard," Fred said. "Do whatever you can for them, even if it's something small."

Many of the 100-plus attendees at Thursday's funeral for Army Spc. Michael J. Gilmer at the Montana State Veterans Cemetery had never met the …

Bill Avey, forest supervisor for the Helena-Lewis and Clark National Forest, said he plans to retire on Dec. 31, capping off a 40-year career …

Helena's 34th annual Festival of Trees kicks off Wednesday, Dec. 1, with the theme "Once Upon a Storybook Christmas." 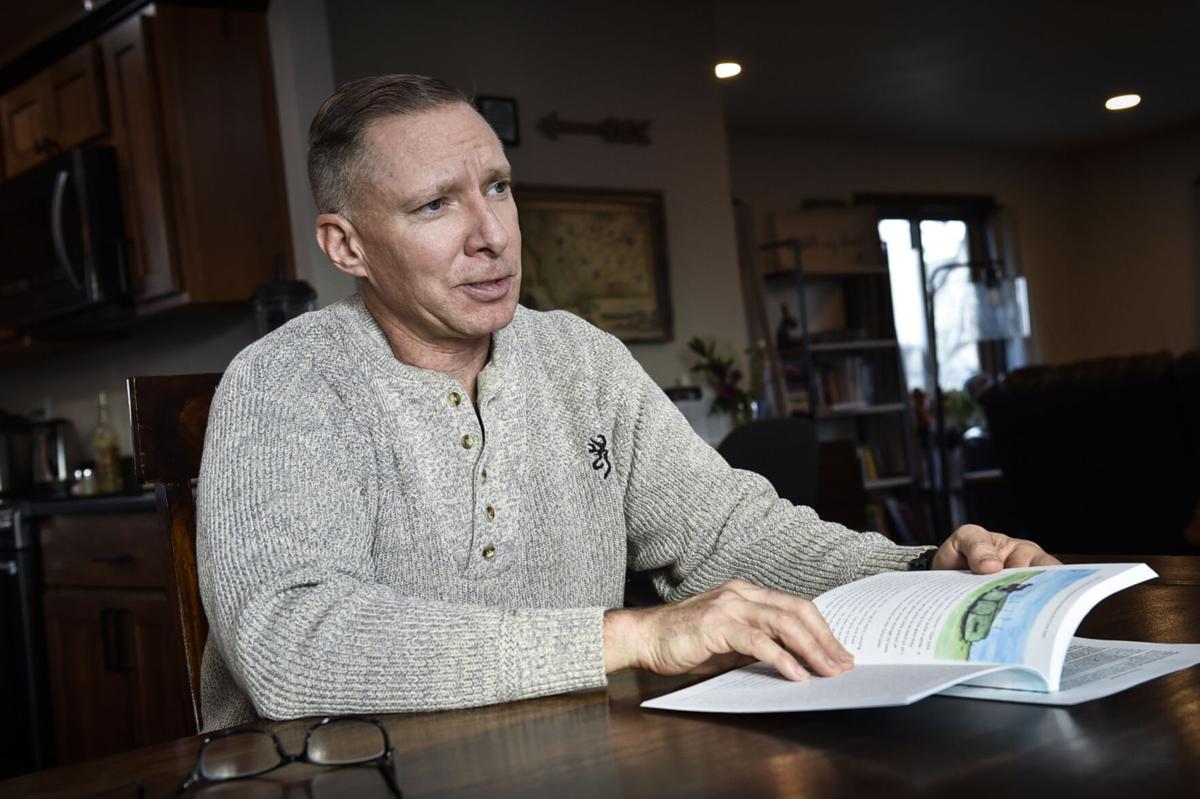 Fred Terry talks about writing "White Paw: Beyond the Gate" for his children during an interview in his Helena Valley home. "I didn't start off with plans to write a book. I always just keep a little journal to memorialize that time away from my kids," Terry said. 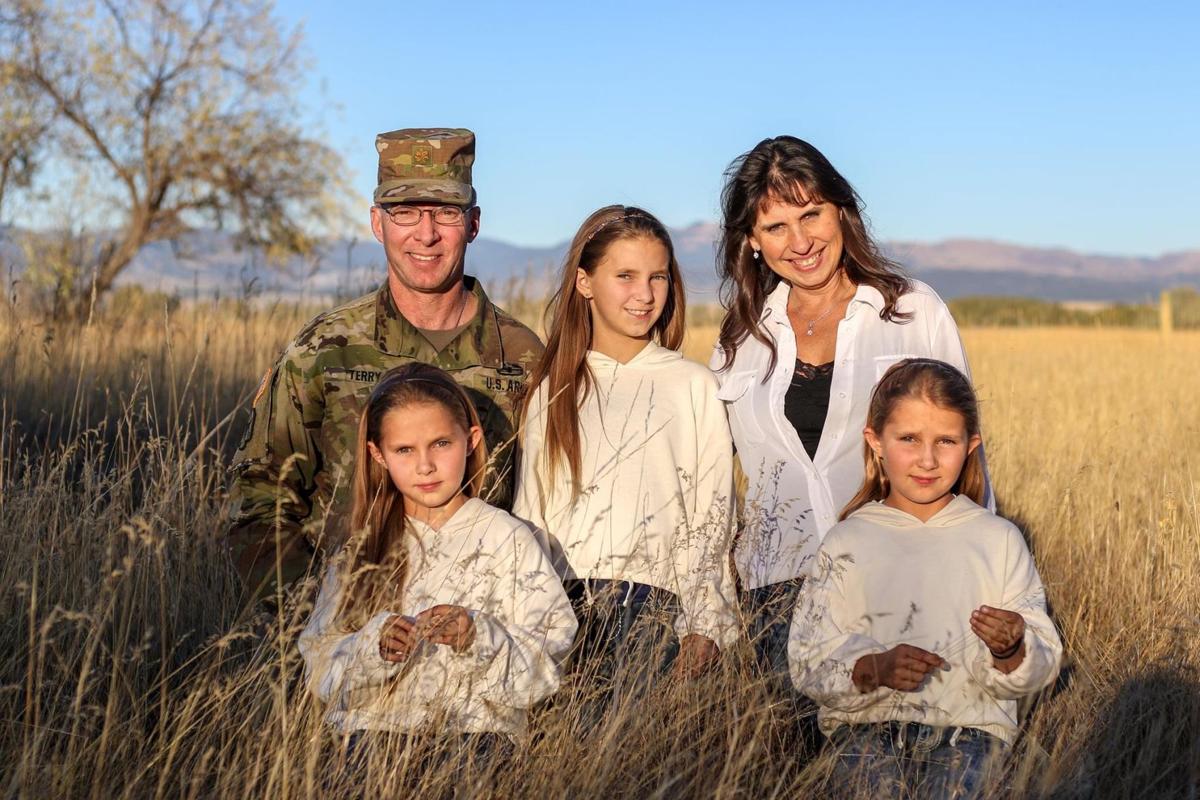 The Terry family just before Fred deployed to Cuba. 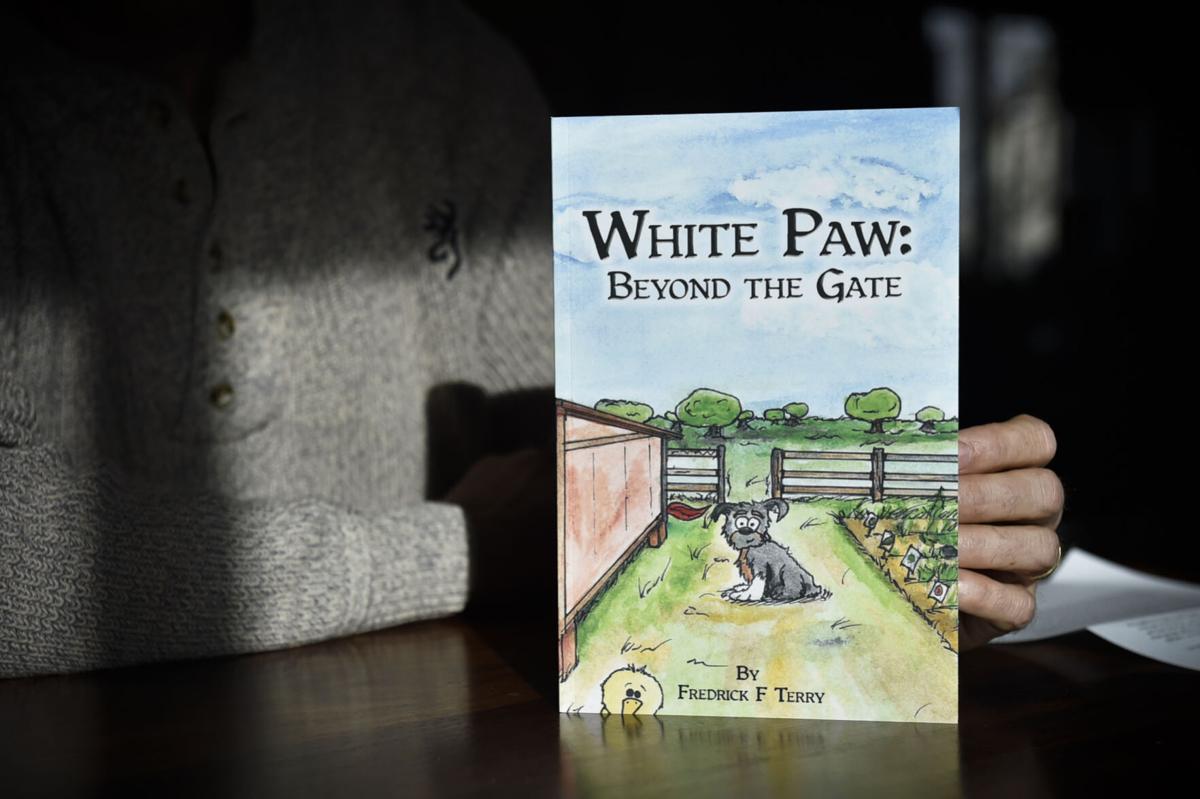 The book, titled "White Paw: Beyond the Gate," tells a slightly fictionalized version of what took place on the Terry family farm while Fred spent nine months deployed to the Guantanamo Bay Detention Center in Cuba.