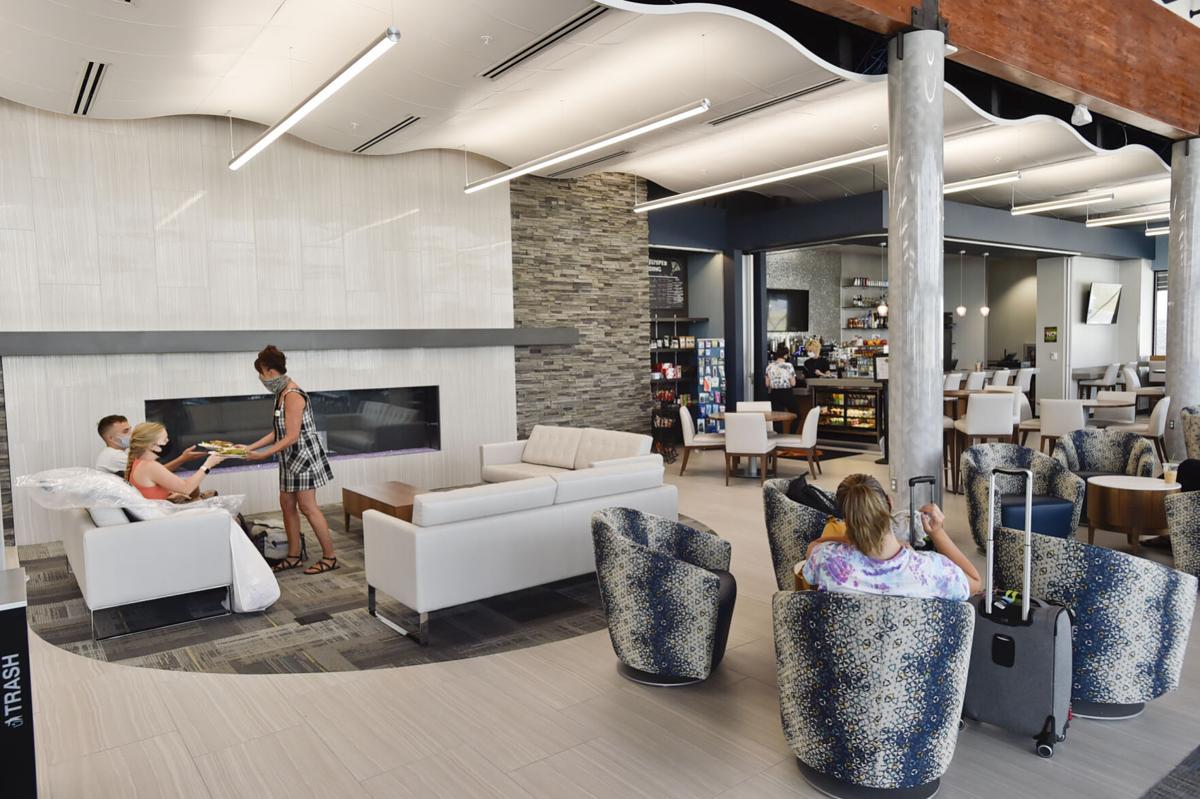 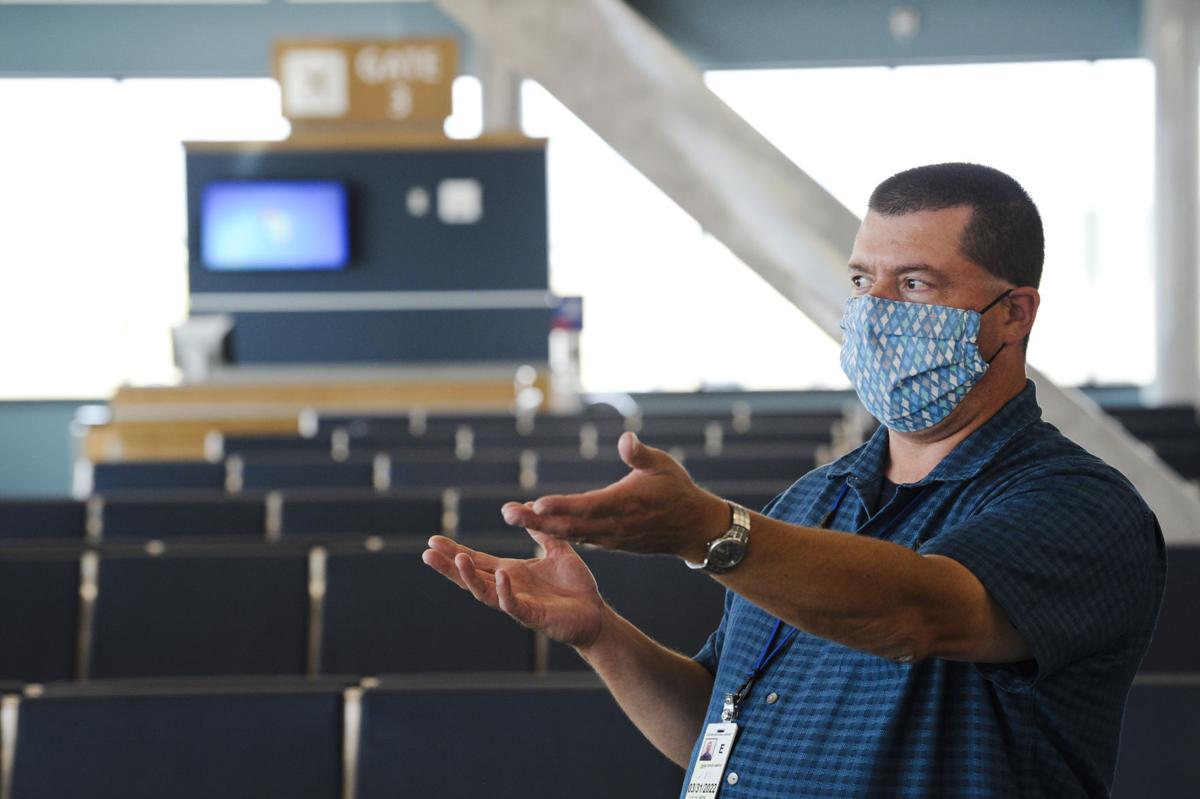 The Helena Regional Airport Authority is up for reauthorization this summer, and city leadership is taking the opportunity to address some grievances it has with existing arrangements, including a backlog of unpaid assessments totaling more than $300,000.

Reauthorization requires a joint resolution from the city and Lewis and Clark County governments every 10 years. The existing resolution is set to expire July 1.

City Manager Rachel Harlow-Schalk urged city leadership during an April 14 city administrative meeting to consider reviewing some of the resolution's tenets prior to reauthorization.

An internal memo from Harlow-Schalk indicated city staff has raised concerns that the airport has neglected to pay about $344,000 in assessments owed to the city and county. The delinquent payments stretch from 2019 through 2020.

"It is a substantial amount," the City of Helena Finance Director Sheila Danielson said during the April 14 meeting.

"Without the use of City roadways, which require maintenance, there are few who could gain access to the site," the memo states. "Similarly, without City stormwater infrastructure roads to the airport would be flooded."

Lewis and Clark County Chief Administrative Officer Roger Baltz said that while reauthorization of the airport authority is typically procedural, it does give the parties involved an opportunity to address any grievances that may have cropped up over the 10-year span.

"What the county commissioners expressed to me is that they are very supportive of the airport authority and pleased with its operations," Baltz said. "But we want all parties to feel like they're being treated fairly and correctly."

Baltz added that county officials are not seeking any adjustments or amendments to the arrangements in place.

Helena Regional Airport Director Jeff Wadekamper said in an interview Monday that the airport authority has been advised not to make the payments as the Federal Aviation Administration considers it a diversion of revenue, possibly jeopardizing the federal aid the airport has received and plans to receive for infrastructure improvements through the FAA's Airport Improvement Program.

Since 1982, Helena Regional Airport has been the beneficiary of about $100 million of AIP funds and plans to use more of those funds to help pay for its $10 million runway upgrade project this summer.

"We want to bring this to a resolution," Wadekamper said. "We want to continue to be good partners with the city and county."

Still, the city asserts that the airport authority has yet to exhaust every recourse it has with the FAA.

Harlow-Schalk said in an email Tuesday that the potential of the FAA pulling funding does not factor into the city's decision to pressure the airport authority.

"Instead of evaluating the compliance as many airports do and appealing to the FAA, the Authority chose not to pay the assessment," the city manager's April memo states.

Despite what Wadekamper called a "long and complicated process" to resolve the issue that involves numerous government agencies and entities, the city is hoping to address the matter during the upcoming reauthorization process.

"It is recommended that the reauthorization of the airport incorporate response to the lack of payment of assessments on the airport and its leased properties as well as a requirement that the airport work with the city to immediately remedy payment to the City for services rendered in the years 2019 and 2020," the memo states. "It is understood that this remedy should occur independent of the reauthorization."

Harlow-Schalk said city leadership intends to address how similar situations will be handled in the future during the reauthorization process, and that negotiations on the delinquent payments are occurring independently.

"We are currently in the negotiation of how the airport will pay for services rendered which assessment payments address. We look to having this resolved soon," she said in her email.

City staff also took exception to not being informed of leasing of the property to third parties.

The city owns the land the airport sits on. The airport leases the property and sublets portions of the land to 20 other businesses, including the Independent Record.

According to the airport's 2019 financial audit, more than 60% of its annual revenue comes from those leases, about $2.5 million.

The airport has adopted policies in place for the development of its leased property; among them are requirements that the city be informed of potential leases and the city approves any construction or acquisition of new buildings. The airport authority has neither informed the city nor sought approval of new leases or buildings in recent years, according to the city manager's memo.

In total, the city has presented nine separate issues to the authority it would like to see addressed in the reauthorization process. Harlow-Schalk declined to say if not reauthorizing the airport authority is on the table.

"We had a very successful negotiation a couple of days ago and look to have things resolved in time (for the July 1 deadline)," she said.

This past year may have been the most frustrating of Eric Merchant's 23 years of public service, but the Lewis and Clark County health officia…

'Totally Awesome '80s': Symphony Under the Stars returning to Helena

A sizable spring storm is poised to dump snow and rain on the dry Rocky Mountain Front and Lewis and Clark County areas beginning Wednesday.

The ongoing Helena Regional Airport runway reconstruction project is poised to enter its third phase, closing down the main runway to all comm…