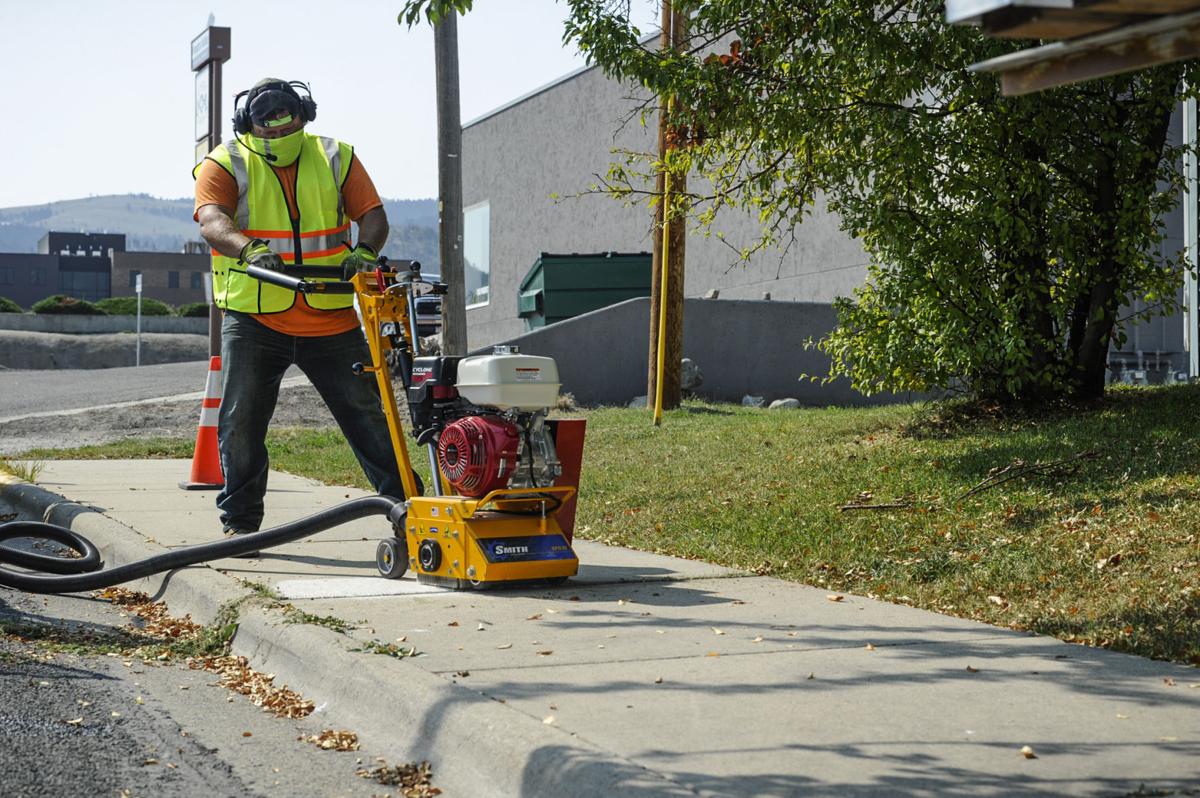 A city of Helena street division worker uses a concrete grinder to level a sidewalk on North Harris Street on Wednesday afternoon. 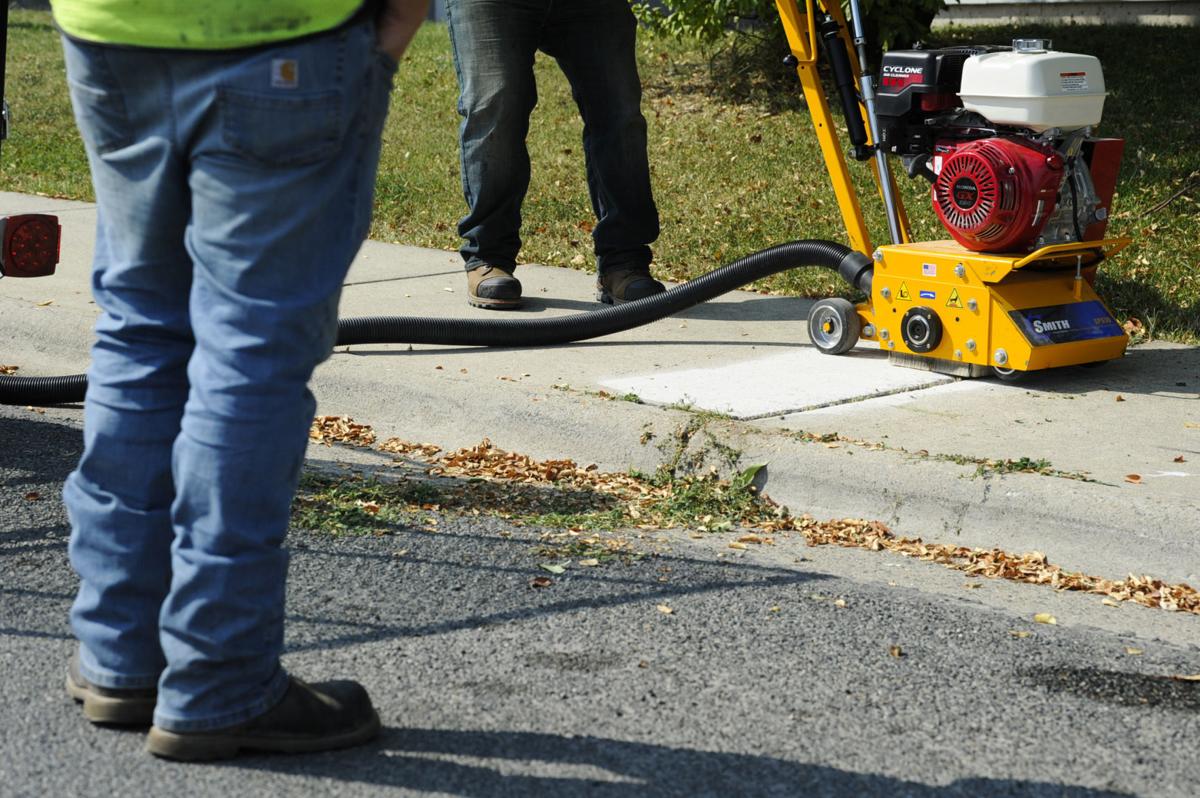 Bought for about $5,000, the sidewalk grinder can shave off trip hazards of about an inch or less at a lower cost than replacing the whole section

The city of Helena is making minor sidewalk repairs ahead of contracting for a “big push” next spring funded by recent city budgeting.

The city allocated a total of around $450,000 to three sidewalk-related programs this fiscal year, including from the city’s streets fund. Amid sizable demand for repairs, the city rolled out a sidewalk grinder last week for smaller fixes on public sidewalks this fall before it requests contractor bids in November and awards a contract in December or January.

“Our hope is that we can get a lot of this done pre-springtime,” David Knoepke, director of transportation systems, said. “The intent is to have the big push next spring.”

In the past couple weeks, the transportation division has acted on about 16 trip hazards and six sidewalk obstructions, according to a city update. Meanwhile, a city official said almost 230 people have asked to sign up for the volunteer sidewalk repair program through the My Helena app.

“There is a pretty good waiting list, but we have a limited budget and limited number of contractors,” Knoepke said. “Right now I can tell you the need is probably greater than we have budgeted.”

The volunteer sidewalk repairs program received about $150,000 and the slip, trip and fall hazard program received $100,000 from the city’s streets fund. The city also allocated $200,000 for the safe routes to school program.

Bought for about $5,000, the sidewalk grinder can shave off trip hazards of about an inch or less at a lower cost than replacing the whole section. Mark Young, civil transportation engineer for the city, said the grinder had some test runs on city property last month and went into the field last week.

City officials said construction work, including concrete, is in demand right now and wintertime contracting is partly intended to have a contractor ready to go next spring. Young said they’ve considered having their own concrete crew because the construction sector is so busy.

“We are trying to clean up what were probably bad decisions 50 years ago in terms of sidewalks,” Dean said. “I’d hate to put another commission in the same position 50 years from now.”

The majority of repair needs are found through citizen reports, while city inspections find others, according to Elroy Golemon with the transportation systems department. City officials said recent sidewalk work has included Helena’s Sixth Ward, separate from the programs funded, but repairs are happening all over town.

Sidewalk repairs are also switching city departments, from public works to transportation systems, since at least part of the money is coming from the streets fund.

Director Knoepke said at the June 28 meeting the city would focus on one- or two-panel replacements and reevaluate based on Helena’s needs going into the next fiscal year.

With the implementation of recreational marijuana on the Montana horizon, the governments of both Lewis and Clark County and the city of Helen…

The City Commission heard recommendations Wednesday from city staff and community organizations on how to solve homelessness in Helena.

Water infrastructure projects in Helena and East Helena are in the works with money from the first round of state ARPA funds.

The Build Montana workforce program was showcased at the state Capitol Wednesday after its first run this spring, with plans to expand in the …

A city of Helena street division worker uses a concrete grinder to level a sidewalk on North Harris Street on Wednesday afternoon.

Bought for about $5,000, the sidewalk grinder can shave off trip hazards of about an inch or less at a lower cost than replacing the whole section