Dozens of people stood Sunday on various corners of the intersection of Lyndale Avenue and Last Chance Gulch in a rally against a pending Dec. 5 vaccine mandate for health care workers.

“I’m not anti-vax, I am anti-mandate,” Dave Andres said as a steady stream of car horns sounded off as they passed by.

The alliance is a private group on Facebook, but says "there are people in this group who are entirely against the jab itself, those who are on the fence, and those who are against mandated medical intervention."

The Centers for Medicare and Medicaid (CMS) stated recently that all health care facilities must require vaccinations for their staff in order to continue receiving payments through the two federal programs.

The CMS rule gives health care facilities until Dec. 5 to get at least the first COVID-19 shot in employees’ arms, while also requiring that affected organizations have a plan in place by then to meet a Jan. 4 deadline. Existing vaccination exemptions for medical or religious reasons are still recognized under the new rule.

“Ensuring patient safety and protection from COVID-19 has been the focus of our efforts in combating the pandemic and the constantly evolving challenges we’re seeing,” CMS Administrator Chiquita Brooks-LaSure said Nov. 4. She said the action addresses the risk of unvaccinated health care staff to patient safety and provides stability and uniformity across the nation’s health care system.

The Montana Hospital Association issued a statement soon after that Treasure State hospitals and health care providers will work to comply with the requirement.

Health experts and government officials have said the vaccines against COVID-19 are safe and effective.

Montana Attorney General Austin Knudsen joined with 11 other Republican-led states in mid-November to file suit to block the rule.

The United States has reported 48 million cases of COVID-19, the Centers for Disease Control and Prevention website said Sunday. There have been 776,070 deaths. The CDC reported 68.7% of the population has had one dose and 58.9% has been fully vaccinated.

The news comes as a new variant of the virus, known as omicron, has surfaced in southern Africa.

Many people at the rally said they worked in health care or had a family member who did.

Glenn Rosenbaum said his wife and son will both lose their jobs.

He said he was not anti-COVID-19 vaccination, but does not believe the scientific evidence is there. He opposes the federal mandate.

“It’s sad when you have to choose between a vaccination and your job. There is something wrong about that,” he said.

One person said the vehicles passing by showered toots of support, but added not everyone felt that way as there were some drivers who offered hand gestures.

Amanda Moe stood at the corner while carrying her 3-week-old daughter Kaliya. She works in health care and opposes the mandate.

She was asked what will happen Dec. 5.

John Sheets of Cut Bank was in town for other reasons and stopped by. He had his wife and three daughters with him.

“We’re here to make sure my kids don’t live under tyranny,” he said, adding the whole family has had COVID-19. He said he wants the government to acknowledge natural immunity.

Corinne Hammond, a registered nurse and spokeswoman for the protest organizers, spoke Friday to the “Voices of Montana” radio program about Sunday's rally.

“Health care workers are stuck between a rock and a hard place now, being forced to choose between getting a vaccination, some are not even calling it a vaccination, and keeping their job and their livelihood or submitting exemptions or accommodations that have contingencies built into them,” she told host Tom Schultz.

Hammond said forcing people to get vaccinations is unconstitutional and illegal in the state of Montana.

She said the requirement has caused a lot of division among health care workers. She said many are opposed and stay quiet, while others have undergone shaming and bullying.

State Sen. Brad Molnar, R-Laurel, called into the radio show to say that according to Montana House Bill 702, health care workers cannot be fired for refusing to be vaccinated. The law prohibits discrimination based on vaccination status.

“By state law these rights are preserved,” he said.

Molnar said the fact it is being challenged in the courts does not mean it was struck down.

Hammond said she wondered if health care workers capitulate, would it lead to more issues.

“If we bend our knee to one point, where does it stop, where is the end of it?” she asked, noting the risk she and others were taking.

This story contains information from the Montana State News Bureau.

Montana’s attorney general has joined with other Republican-led states to challenge a rule from the Biden administration aimed at boosting the nation’s stagnant rate of vaccination against COVID-19, calling it an "unprecedented overreach."

Decorating a public tree in Helena? Be sure to clean up afterward

The Helena Parks and Recreation Department posted on the city's website recently that it loves the holiday spirit people are bringing to trails and other open land by decorating trees, but this practice is causing "a litter issue." 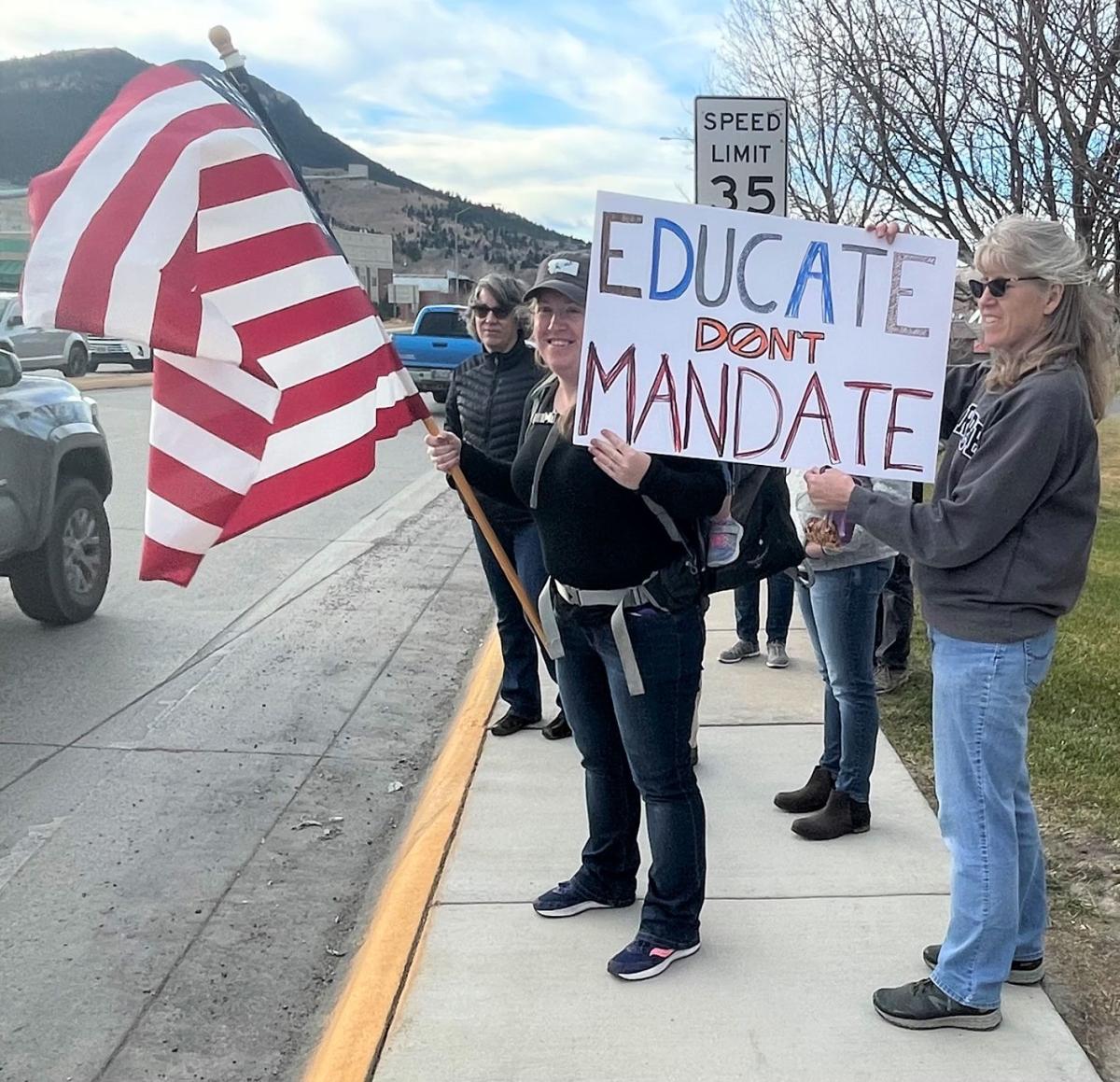 People stand at the corner of Lyndale Avenue and Last Chance Gulch on Sunday in opposition to a vaccine mandate for health care workers. 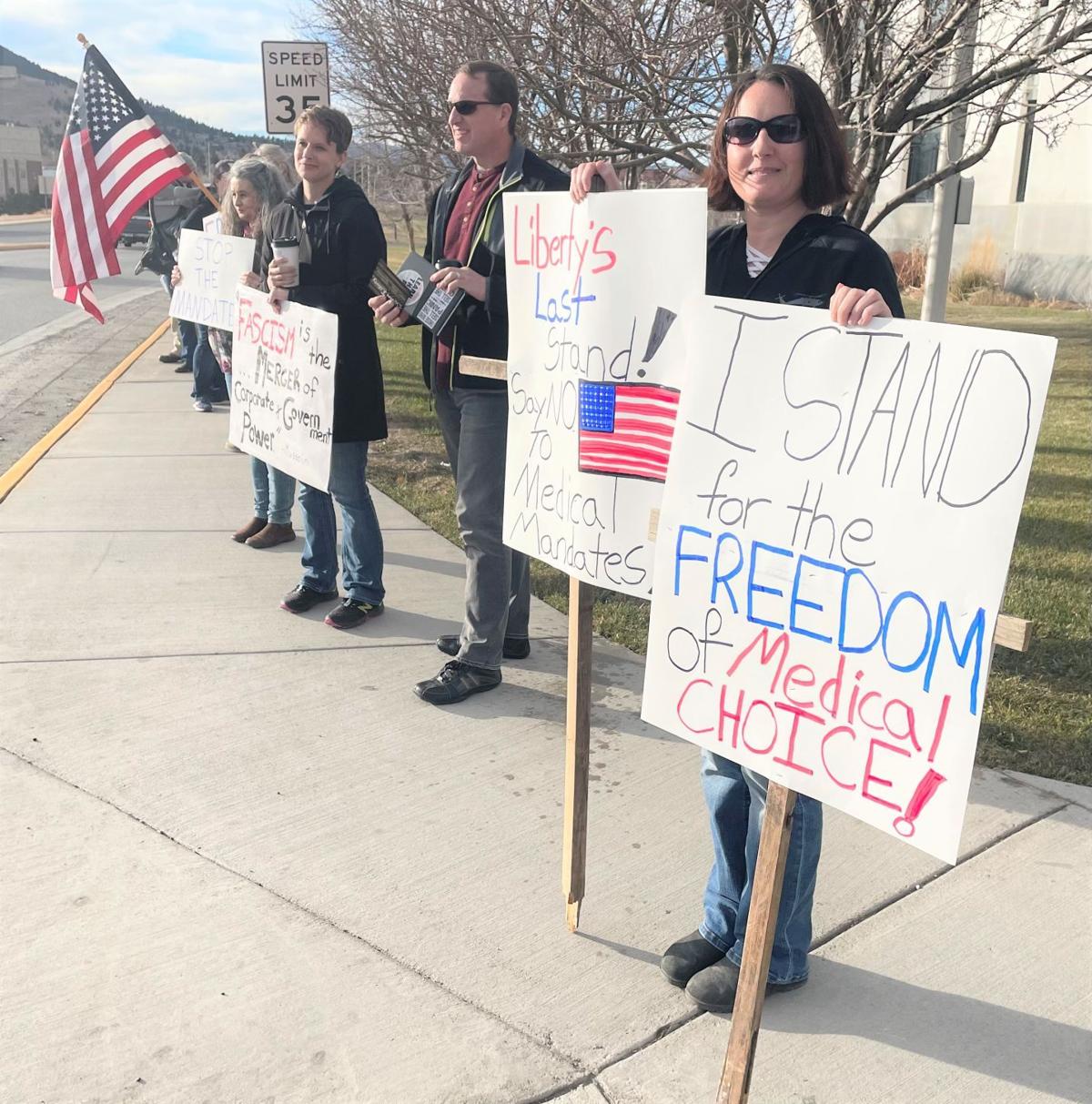 Dozens of people showed up Sunday for the rally against vaccine mandates for health care workers. 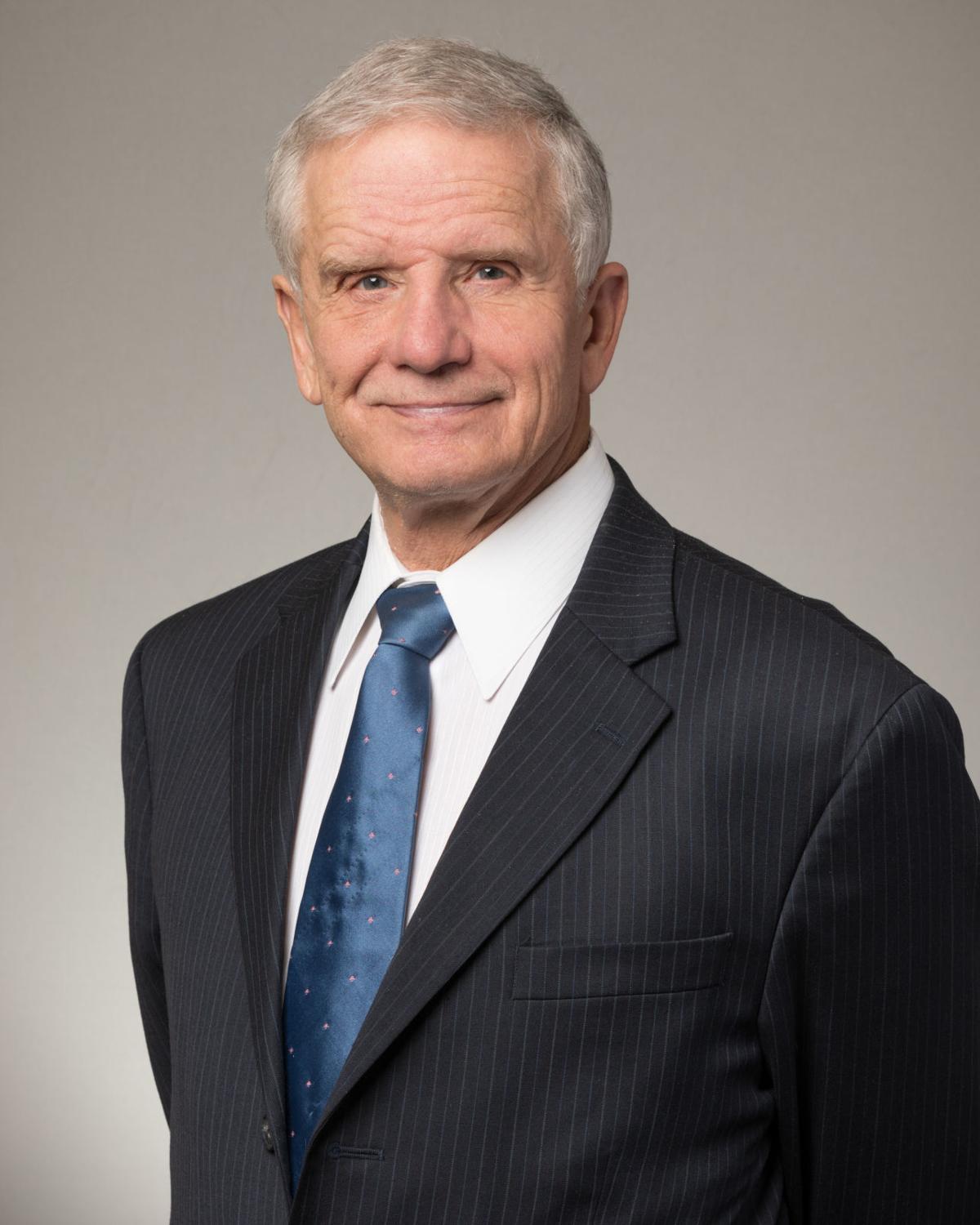