The Helena City Commission has started discussions on how best to spend the about $8.4 million in American Rescue Plan Act money it is receiving from the state and federal governments.

The city has received about half of the money to date with the next traunch expected in the first quarter of 2022.

City Manager Rachel Harlow-Schalk stressed at a work session last week that these are "only ideas and they are not the only ideas."

"This conversation we really felt needed to be on things that we could not fund or ... one-time large expenses that we could never really move forward quickly," she said.

The community behavioral health and homelessness pieces could account for more than half of the city's allocation of ARPA funds, at $4.4 million.

Staff's proposals include the spending of nearly $750,000 on two mental health programs, the development of a DUI court and a CAHOOTS (Crisis Assistance Helping Out On the Streets) pilot program, which would bolster ongoing local programs such as the St. Peter's Health-administered mobile crisis response team.

Hagen said the pilot program would see "case workers and mental health professionals more involved with the police and working with those suffering from mental illness."

Another proposal to spend more than $300,000 on a temporary emergency homeless shelter was scrapped due to Good Samaritan's potential purchase of Knight's Extended Stay Hotel on Euclid Avenue for about $800,000, which the organization plans to transform into transitional housing for unsheltered people.

The other category likely to see a large commitment of ARPA funds includes the city's water and sewer projects.

Harlow-Schalk said Monday the city has an estimated need of about $32 million in water and sewer infrastructure upgrades, though some estimates put that figure closer to $40 million.

City staff submitted multiple applications for the state's competitive grant ARPA dollars totaling $26 million. Of that, the city was awarded only $2 million to go toward needed upgrades to the city's drinking water system.

That Montana Department of Natural Resources and Conservation-administered grant award is separate from the city's more than $8 million in direct allocations.

Staff now has the arduous task of determining which water and sewer projects can actually be completed before the 2026 deadline considering the limited pool of contractors at the city's disposal.

Those limitations resulted in staff's recommendation to apply only about an eighth of the city's direct ARPA allocation to water and sewer projects.

The bulk of that will help pay for upgrades to the city's cross-town connection that delivers drinking water from the Ten Mile Creek water production plant to homes and businesses on the east side of town.

Helena Public Works Director Ryan Leland called that connection "the life blood of the city" and said it would be about a three-year project.

"We are going to focus on the water because that is our biggest liability out there right now," Leland told the city commissioners.

ARPA dollars are only permitted to be spent on existing water and sewer infrastructure and cannot be spent on expanding infrastructure for future development, which effectively ended the city's effort to build out water and sewer connections for a proposed affordable housing project on Our Redeemer Lutheran Church land, a proposed joint project between the city, Helena YWCA and Habitat for Humanity.

Harlow-Schalk said she is hopeful more federal government funds could be made available through Congress' recently passed $1.2 trillion infrastructure bill.

In the category of revenue losses, city staff is proposing the spending of $700,000 of ARPA funds to plug about a $325,000 hole in the Bill Roberts Municipal Golf Course budget, $130,000 for facility asset management planning, $145,000 on a Centennial Trail feasibility study, $50,000 on open lands fuel reduction efforts, and another $50,000 on consultant work for street assessment methodology.

The proposed financial shot in the arm would provide enough money to cover major capital improvement projects, ongoing maintenance, any needed equipment replacement and create fiscal stability that "they will need going into this budget year," Danielson said.

While the money will fill revenue losses accrued by golf course concessions, Helena Parks, Recreation and Open Lands Director Kristi Ponozzo said some of it "will help to meet our reserve fund target."

Danielson said the golf course fund is about $240,000 off its target reserve balance.

Misdemeanor defendants in the Helena Municipal Court are often sentenced to complete chemical dependency treatment, anger management and substance abuse educational courses. Some of those defendants' sentences are revoked when they either do not have the money to complete them or do not complete them once they are enrolled.

The city attorney proposed putting up the $1 million to assist those defendants in completing those treatment programs. The city would pay for all or a substantial portion of the treatment on an ability-to-pay basis and for a dedicated staff of two to four counselors and four to five probation officers to track a defendant's compliance.

When asked by Helena Mayor Wilmot Collins what would happen to the program once the ARPA dollars are expended in five years, Coate said more funding sources would need to be found.

"I think we would have to try and come up with some money to continue the program because I think what we're going to see is that it's going to be pretty beneficial and we'll want to keep it," he said.

It is unclear from the deputy city attorney's presentation how much would be spent on new positions versus actual defendant costs.

The Helena Police Department is proposing the spending of $30,000 to bolster victims of sexual or domestic violence services.

Additionally, city staff is proposing the allocation of $125,000 under the general government category to hire outside help to administer and track the city's ARPA spending.

"While these discussions are very preliminary, it seems that we are seriously considering spending the majority of this one-time money to fund pilot programs," Logan stated in an opinion piece he penned for the Independent Record. "Once started, these programs will need continued funding by taxpaying Helenans when the money runs out. Thus, it seems, we could bind our taxpayers to future levies by establishing new programs that will almost certainly continue in perpetuity."

Twenty-three candidates in seven districts were elected to the Helena Citizens' Council in Tuesday's municipal elections.

Incumbent Wilmot Collins was reelected to a second term as Helena mayor Tuesday evening, according to unofficial results.

An upcoming Helena clinic where people will be paid $50 to receive a COVID-19 vaccine has been expanded to residents getting their second dose.

Helena's Department of Parks, Recreation and Open Lands is wrapping up construction of a controversial Americans with Disabilities Act-complia… 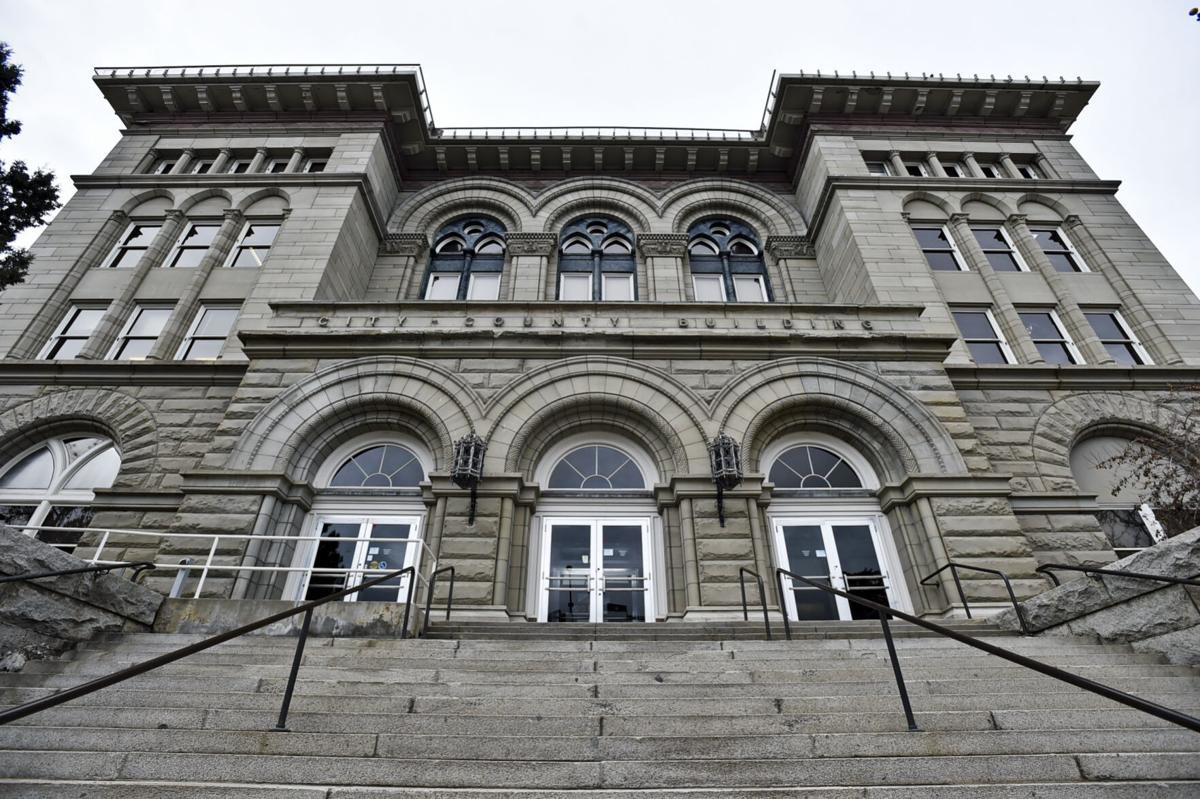 The City-County Building in downtown Helena. 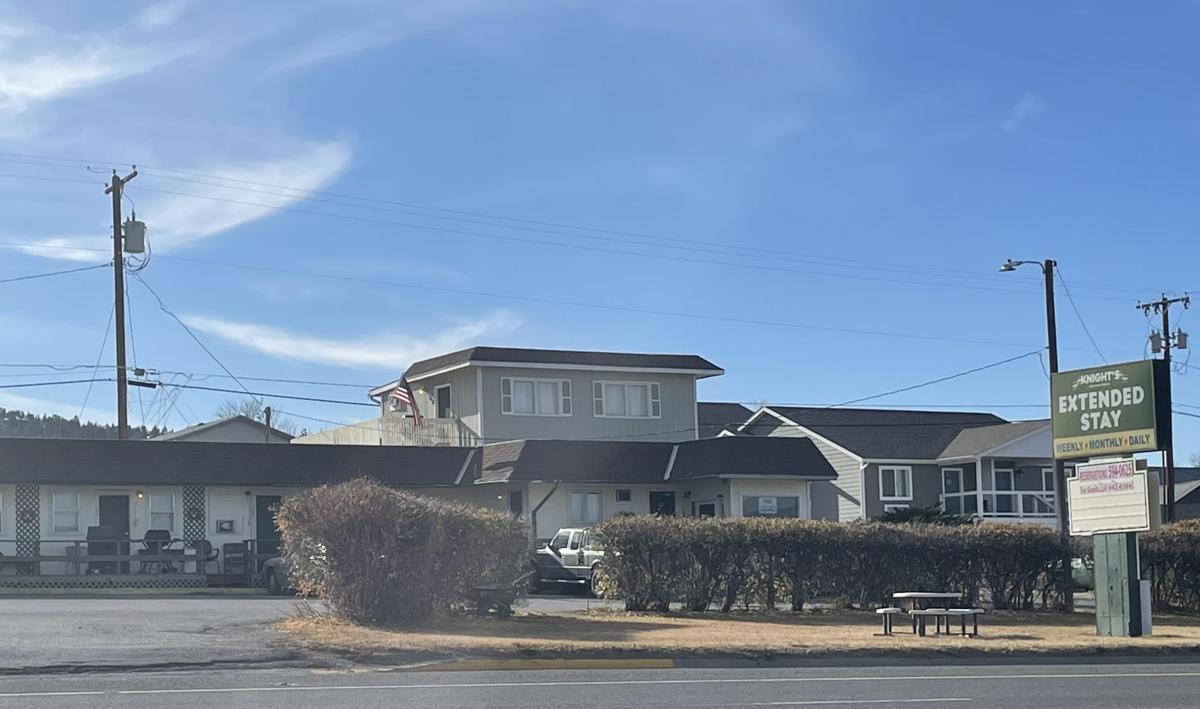 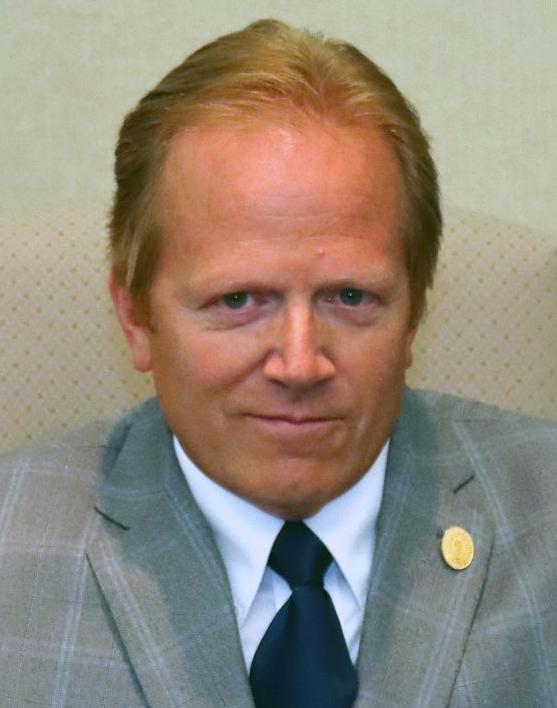