During its annual awards banquet Thursday, the Helena Area Chamber of Commerce honored local individuals and businesses who have had a positive impact amid the COVID-19 pandemic.

The chamber held the event virtually for the first time this year, with a highly produced presentation featuring each of the award recipients. Chamber President/CEO Cathy Burwell and board Chair Sara Medley shared hosting duties, introducing videos of chamber staff presenting awards to this year's recipients.

The 2020 volunteer of the year award was given to three individuals: Dennis McSweeney, David Jenson and Mike Meredith. These three are instrumental each year in hosting the chamber's annual Swish basketball tournament, which brings kids from all across the state to participate. Chamber Vice President Mike Mergenthaler said these three went above and beyond, working overtime to ensure that the chamber's biggest event went as smoothly as possible.

The annual hospitality heroes award is given to an individual or individuals who make a significant impact on tourism in the Helena area. This year the award was given to Gen. Jim Duffy and Col. Ray Read for their work on the Montana Military Museum. Burwell said the pair went above and beyond by fundraising for the museum during the pandemic. She said the chamber couldn't think of a place more important to the Helena community and it's tourism than the military museum.

"I think the chamber is recognizing these people deserve to have their stories told," Read said. "And that's what we do here. We tell their stories."

Duffy said he was surprised and honored to receive the award but felt it was those honored by the museum that are truly the most deserving. Duffy said working to better the museum is "a labor of love."

Medley, in her final act as the outgoing board chair, opted to give a special recognition award. This award isn't given every year, but the board chair can opt to give it under special circumstances, according to Medley. She dedicated the special recognition to health care workers, Lewis and Clark Public Health officials and first responders in the Helena area.

"They watch over us, take care of us, protect us and rescue us," Medley said. "Now think about what they are doing in a devastating pandemic, the likes of which we have never experienced, and under threat of a virus that could take their life while they are trying to save ours."

Medley said every day these individuals head to work and knowingly put their lives on the line to protect the safety and well-being of the community.

The businessperson of the year award went to Robert Peccia of Robert Peccia and Associates, a civil engineering, surveying and planning firm. RPA is headquartered in Helena and has satellite offices in Kalispell and Bozeman. Medley said Peccia has perpetually invested in the Helena community, even going so far as donating land to the Montana Department of Transportation for the south Helena interchange after recognizing the area's potential. He is a co-founder of Valley Bank of Helena and keeps RPA an employee-owned business. Peccia has been in business in Helena for the past 42 years and said his philosophy is to run the business as though it would last forever.

Peccia said being named businessperson of the year was quite an honor because there are many great businesspeople in the community.

The small business of the year award went to Helena Recycling and its owner John Hilton. Hilton started the business back in 2009 while working full-time at a local bank and picking up recycling on the weekend. He has since grown the company to become his full-time job with several employees. Medley said that recycling is easy and often mandated in larger cities, but in a small community like Helena it presents unique challenges.

Hilton said it's been quite the ride thus far and he is excited to keep the business growing. He said receiving the award warmed his heart given his long relationship with the chamber.

The Montana Radio Company gave away approximately $24,000 in 2020, injecting that money back into the community via the "Helping Grand" program. As part of the program, the station purchased prizes and gift cards from the community and gave them away to listeners. As the contest started wrapping up around Christmastime, other businesses reached out to keep the contest going. The contest is now expected to end in February with nearly $70,000 being put back into the Helena community.

Burwell said the chamber wanted to recognize the company's outstanding growth and support for the community.

"Our goal was to have two radio stations. That's what our mission was," Angela said. "And they just kept multiplying over time. It's been really exciting and awesome."

Kevin said the Helping Grand was the result of a desire to do "something happy" and to "provide hope to the community." So far the Montana Radio Company have given away $1,000 every weekday since Nov. 11.

The chamber event wrapped up with Medley passing on the title of board chair to Bob Heberly, vice president at Dick Anderson Construction.

"Bob as all of us know is an outstanding professional and human being," Medley said.

Heberly said he wanted to take a moment to thank Medley for her leadership through one of the toughest years in the chamber's history. He called Medley a "great mentor" and said he will always cherish learning from her.

"I look forward to strengthening the chamber and building upon the great things that have been laid out ahead of me over the past few years," Heberly said.

The chamber's annual awards were sponsored by PayneWest Insurance. This year's event was also sponsored by NorthWestern Energy and First Community Bank.

Bids are now being accepted for an 8,000-square-foot addition to the newly completed East Helena High School building.

The newest venture from Helena business owners Ron and Danielle Bolan is the Flying Giant Adventure Park, which is slated to open on Tuesday.

Effective immediately, Lewis and Clark Public Health has lowered the quarantine time for individuals exposed to COVID-19 to 10 days.

Helena High School students had to get creative with this year's Science Circus due to the ongoing COVID-19 pandemic, so they moved the fundra…

Superintendent Ron Whitmoyer, who has dedicated his life and work to the students of East Helena Public Schools for the past 37 years, plans t…

Helena students will soon return to the classroom four days a week.

A health care clinic with a unique membership model recently opened its doors in Helena.

Empire Equipment is moving closer to Helena from their Canyon Creek location to 7166 N. Montana Ave.

Chamber of Commerce: New businesses a healthy boost to Helena

Helena now has a new food option for healthy living.

In visiting with Mike Dowling of Dowling Architects about their project in their new location at 734 N. Last Chance Gulch (across from The Bag… 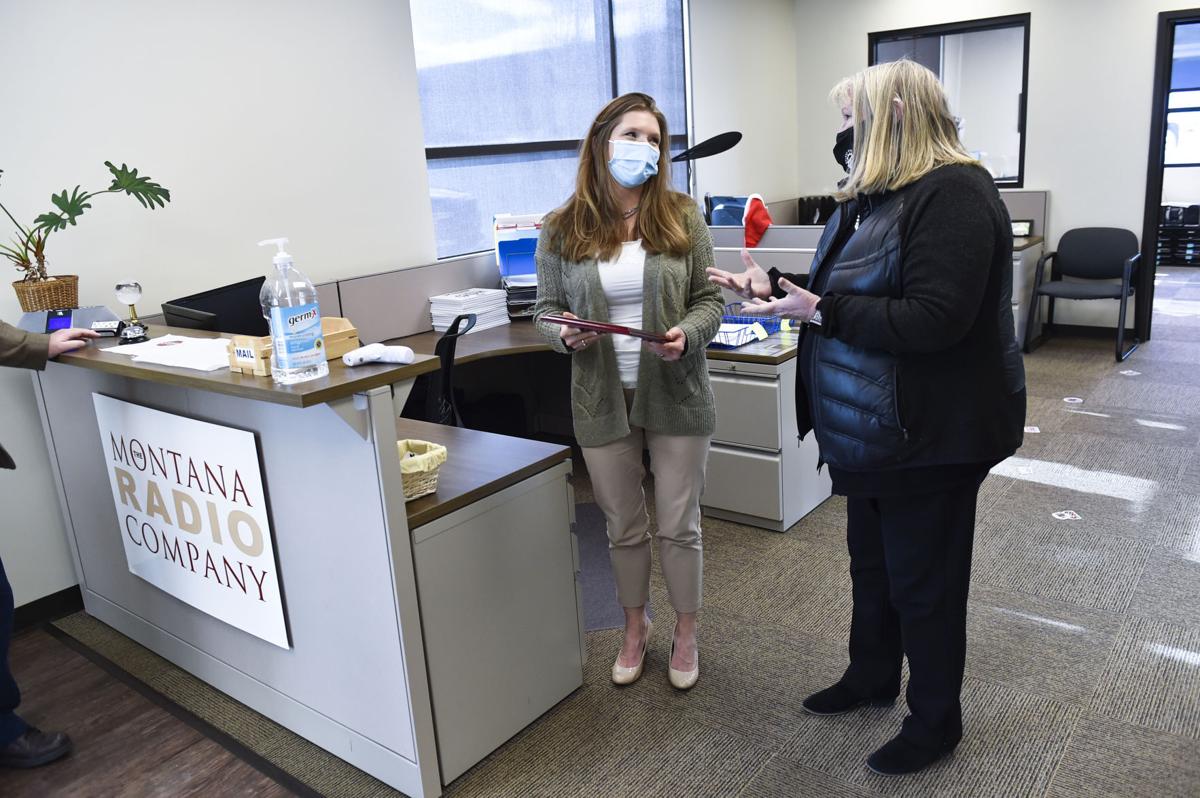 Angela Terry, co-owner of Montana Radio Company, receives the business of the year award from Kathy Burwell, president and CEO of the Helena Area Chamber of Commerce last week. 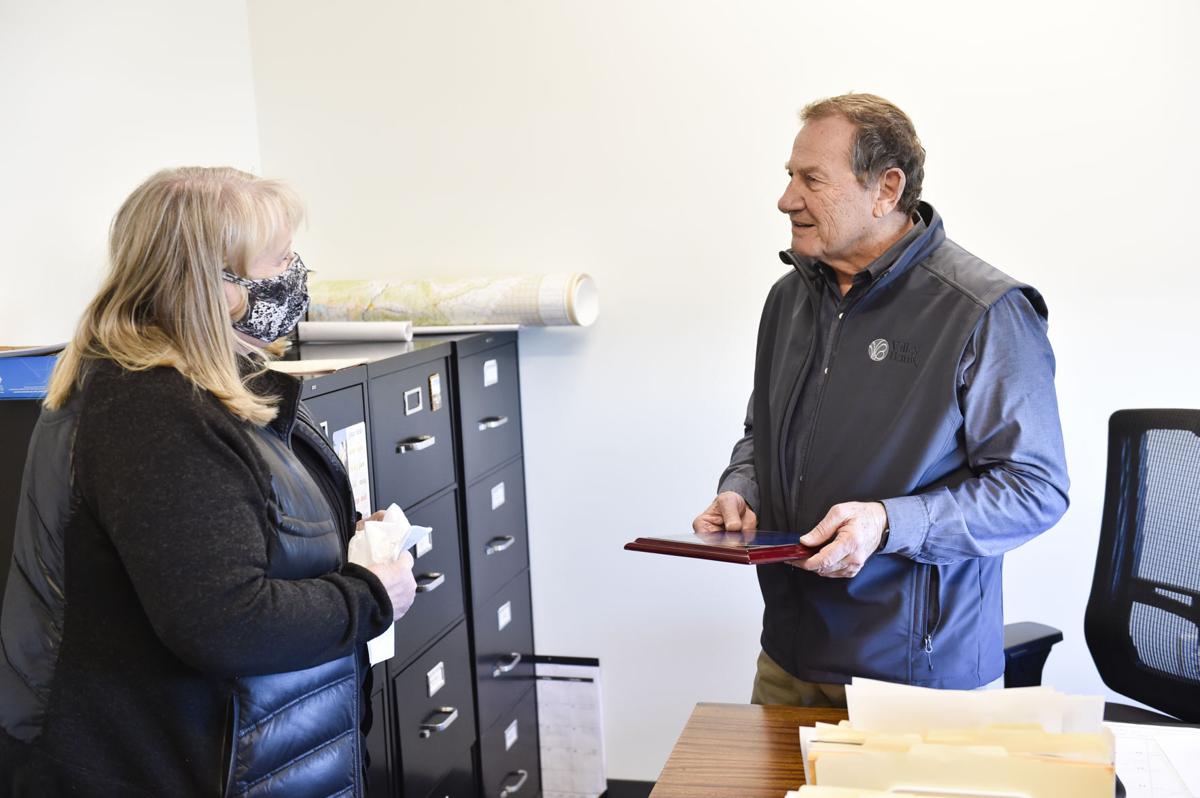 Robert Peccia, founder of Robert Peccia and Associates, receives the businessperson of the year award from Cathy Burwell, president and CEO of the Helena Area Chamber of Commerce last week. 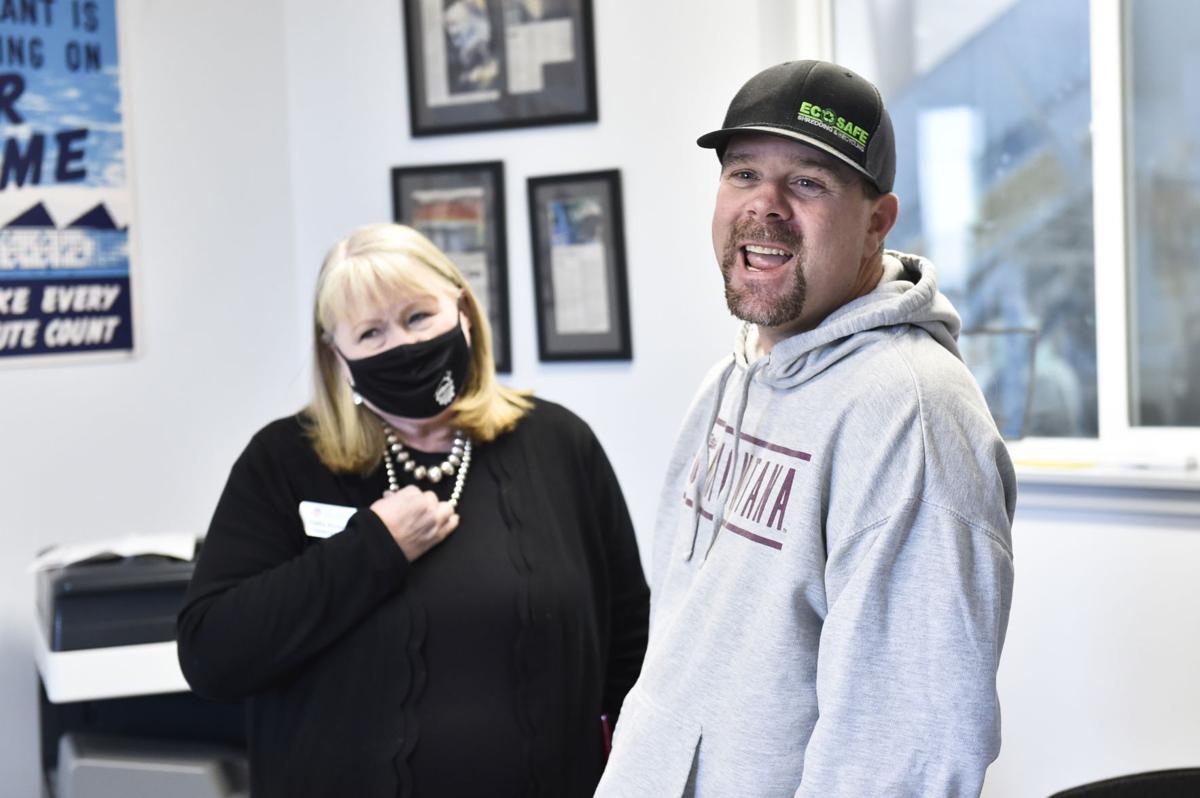 John Hilton, owner of Helena Recycling, receives the small business of the year award from Cathy Burwell, president and CEO of the Helena Area Chamber of Commerce last week.