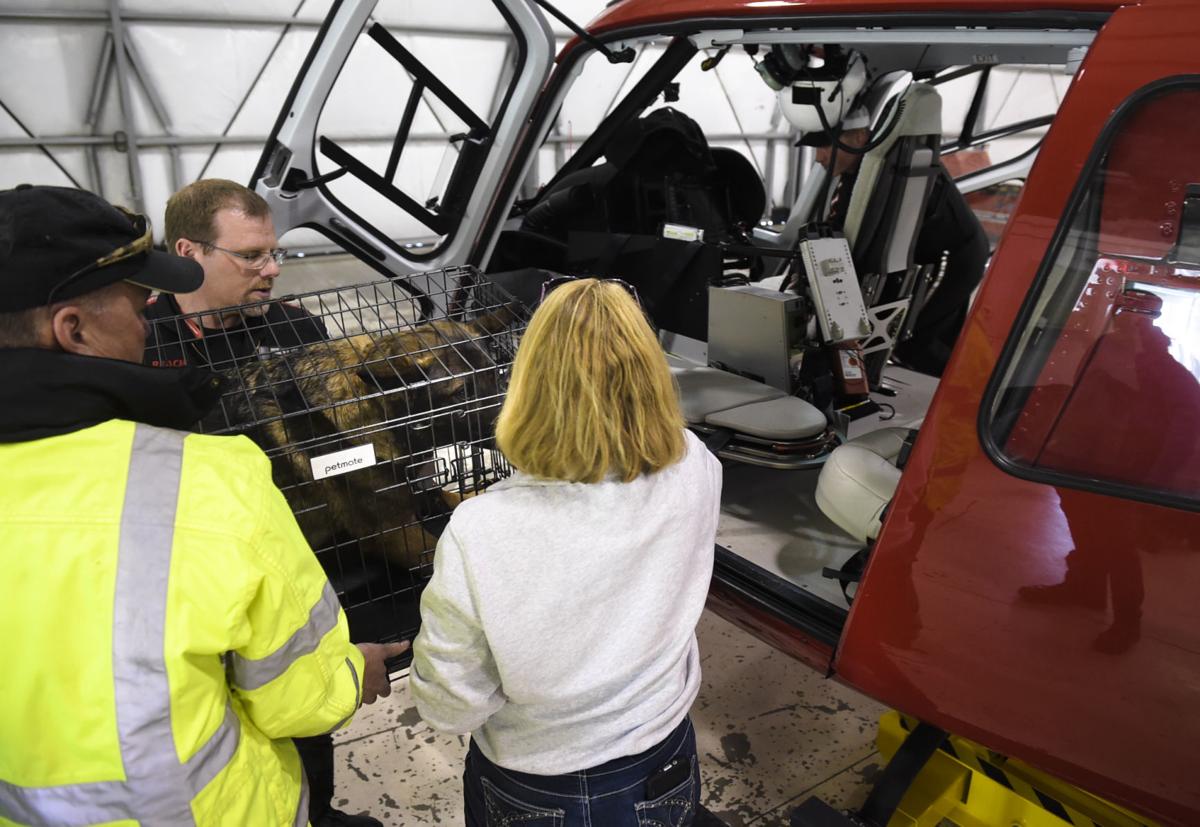 Members of the Elkhorn Search and Rescue and pilots with Reach work out the logistics of carrying a search and rescue dog in the helicopter. 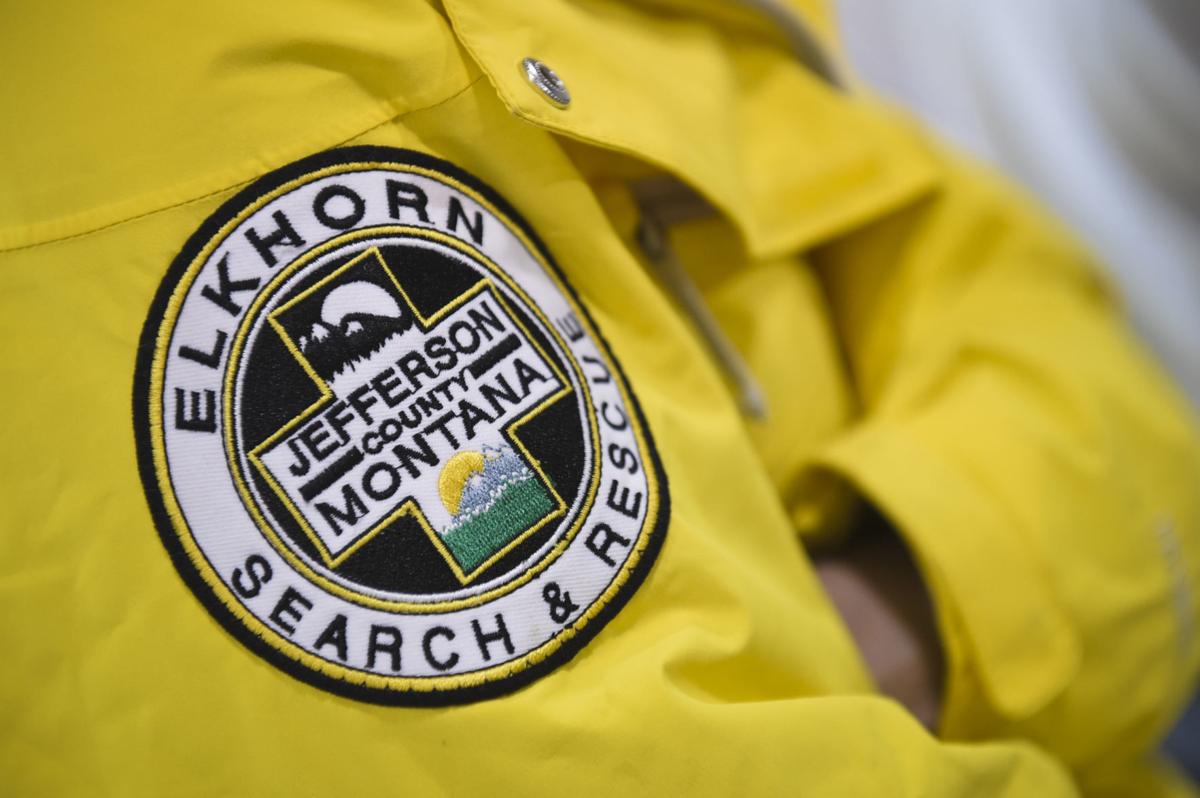 Elkhorn Search and Rescue out of Jefferson County is partnering with Reach Air Medical Services to assist with search and rescue missions.

The sounds of barking dogs bounced around the hangar as a pilot and a search and rescue operator gave a cage filled with one very large dog a heave into the cockpit of a specially designed Airbus helicopter.

Reach Air Medical Services in Helena was helping conduct a special training with True North Search and Rescue and Elkhorn Search and Rescue to help get search dogs and searchers into remote areas in the Helena area as soon as possible.

Sam and Larry Heigh started True North and are up to nine members and dogs. Today they’re working with Reach and Elkhorn to get animals in and out, and most of the dogs seem comfortable getting placed in the cockpit.

Reach is working on getting a special allowance to bring dogs and handlers in a flight to track down missing people, something the Heighs think can help in searching.

“We’ll deploy as many people as can go,” Sam Heigh said.

Clayton Scotson, a pilot for Reach, explained through email that the Search and Rescue Assistance Flight Training involves “four hours of classroom training and a hands-on flight portion,” as well as loading and unloading rehearsals with the helicopter running.

Reach has one team in Helena and another in Bozeman, and the shining new helicopter sitting in the bay is a very new addition to the Helena squad.

“We changed because of the capabilities [of the AS350B3E]” Scotson said. A specially modified version of the Airbus helicopter Reach uses actually landed on Mount Everest, he said, and is one of the most widely used emergency medical services helicopters in the world.

Scotson spent 14 years flying Black Hawks in Montana for the armed forces, so he understands the complex nature of flying in Montana’s sharp and dangerous terrain. Reach pilots need a minimum of 3,000 hours of flight time to even apply.

“We work mostly in northern Jefferson County, clear to Basin, and all the way to Elk Park,” Kauffman said. Working with Reach is a matter of efficiency. “I called them once and I think they were there in 12 minutes,” Kaufmann said. When Search and Rescue needs to get from the low county to somewhere high and remote, working with a helicopter crew makes the most sense.

"To find lost runners, lost hikers, it's eight hours by vehicle," Kauffman said about people lost in the high country. "It's 20 minutes by air, and that means that eight hours of drive time turns into eight hours of search time."

Reach also responds faster than other groups, including the military, who all take around two hours to respond, according to Kauffman.

"Reach is 15 minutes," he said, and that speed means potential lives saved.

"You never know what kind of peril they're in," Kauffman continued. “Most people don’t have a plan B; we’re plan B.”

Note: The helicopter that landed on Everest is the same model as Reach uses, but was specially modified and flown by a test pilot.

A Helena veteran who led the movement to build the Vietnam Women’s Memorial on the National Mall in Washington, D.C., recently received the Am…

HONOLULU — Hawaii authorities have identified the Montana man who died after saving his 15-year-old daughter who was swept into the ocean off the coast of Maui.

A 41 year-old Helena man is accused of his fourth DUI.

Rescue crews evacuated a missing man  on Tuesday who suffered a broken leg while hiking in the Bob Marshall Wilderness west of Augusta.

A 64-year-old man had to be airlifted to St. Peter's Health after pain stopped him from going any farther on a horse.

Members of the Elkhorn Search and Rescue and pilots with Reach work out the logistics of carrying a search and rescue dog in the helicopter.

Elkhorn Search and Rescue out of Jefferson County is partnering with Reach Air Medical Services to assist with search and rescue missions.