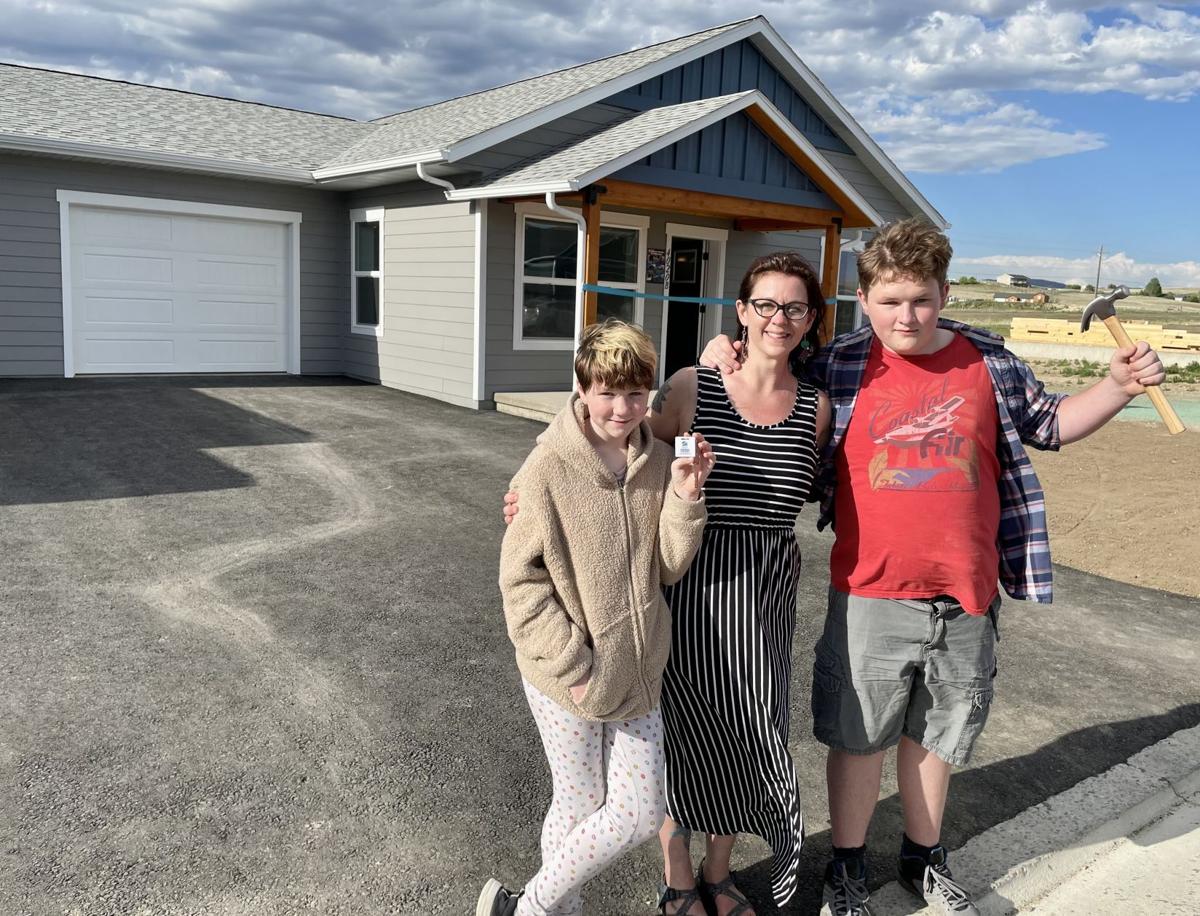 Amber Wilke, center, stands Tuesday with daughter Loralei and son Max in front of their new home in the Red Fox Meadows subdivision. 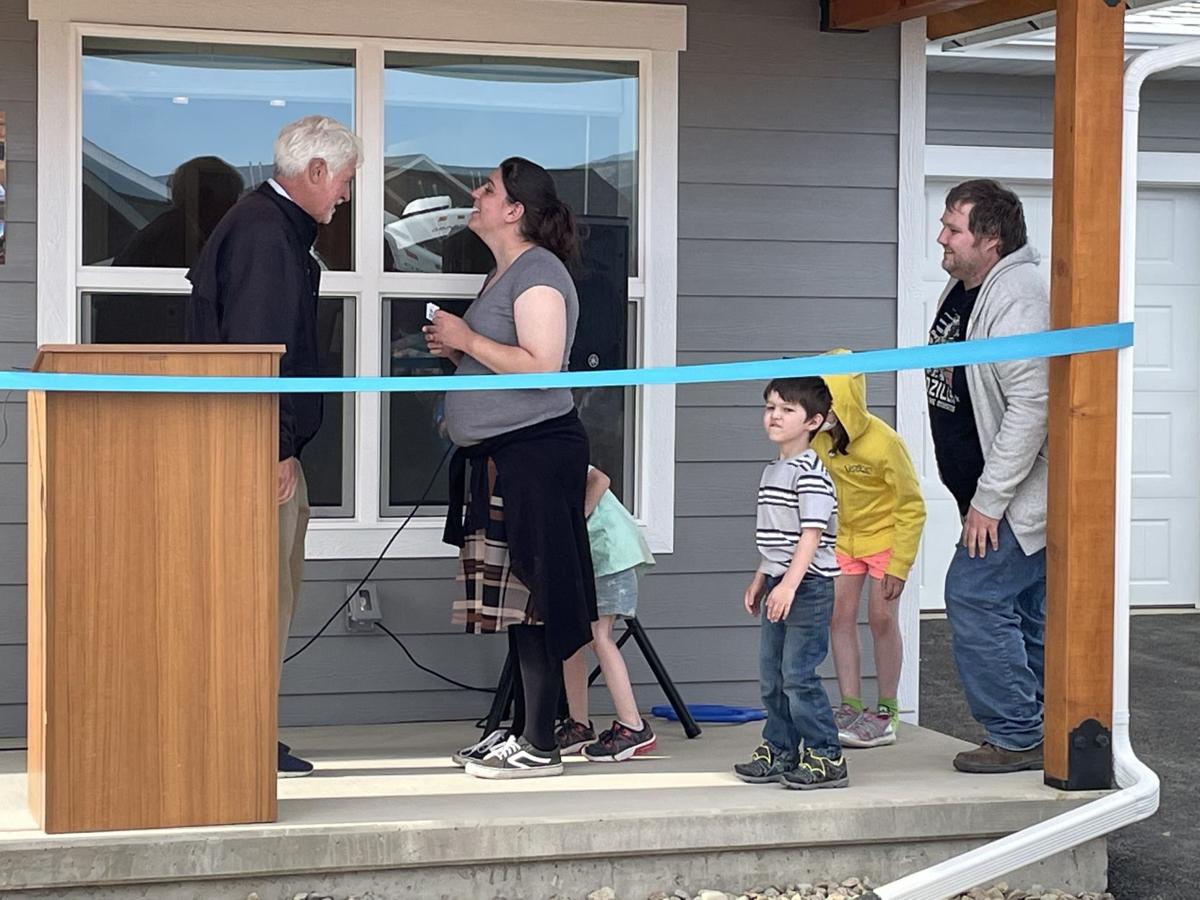 Jessica Lavinder accepts the keys to her new home Tuesday from Mike Wall as her family looks on.

As clouds showing hints of rain rolled across the sky Tuesday evening, several dozen people gathered at a housing development near East Helena to reinforce the basic truth that there is no place like home.

Helena Area Habitat for Humanity had a home dedication ceremony at Red Fox Meadows for four families who recently helped complete construction and will soon move into their homes.

“This is a huge day – huge,” said Mike Wall of the Wall Family/Power Townsend Foundation, which provided a grant for the project. “There are homes for people.”

The homes, two sets of three-bedroom and four-bedroom structures, were built through the Mutual Self-Help program, with a grant from the office of Rural Development of the U.S. Department of Agriculture. Habitat staff assists owner/builders, starting by helping them access financing, then providing construction training and guidance in building the homes.

He said usually the families do 65% of the labor in a year. This year, because of COVID-19 restrictions, social distancing and a lack of a volunteer program during the pandemic, they had to do more.

Kuntz said the homes are “super insulated” and efficient.

“They will be around for a long, long time,” he said.

“There’s nothing fancy about a Habitat home, but there is nothing cheap either, because we want them to last,” Kuntz said.

He said the volunteer program would get back up and running now that the pandemic has passed.

The family of Jessica and Johnathan Lavinder got one of the homes.

She beamed at Tuesday’s dedication.

Amber Wilke posed for a photo in front of her house with her children Loralei and Max.

“I feel so much gratitude,” she said.

Jerry Hamlin, the developer of Red Fox Meadows, said Amber Wilke put in 1,200 hours of work on the house.

He said the housing was some of the best available anywhere. Hamlin sad Red Fox Meadows had 110 single-family homes and 124 condominiums. He said the homes were sold out and there were about 50 condo lots left.

Through the program, participants work as a build group to build their own homes, and the homes of their neighbors. Participants in the program move into their homes when all the homes are completed.

The homes were also made possible through a grant from the Wells Fargo Foundation.

Some of the YouthBuild students participated in handing out the keys to the new homeowners. Mark Leland, construction manager for Habitat, called them the most consistent workforce during the build.

Kuntz said he has about 200 families on the waiting list, which equals about 600 people.

Does an alien species live inside stars?

Does an alien species live inside stars?

A small rally was held Monday in Helena within earshot of Rep. Matt Rosendale’s office to drum up support for a congressional resolution that …

Officials with East Helena Public Schools say the district and community are experiencing growth in a good way, and they outlined what they ar…

Amber Wilke, center, stands Tuesday with daughter Loralei and son Max in front of their new home in the Red Fox Meadows subdivision.

Jessica Lavinder accepts the keys to her new home Tuesday from Mike Wall as her family looks on.