A secretly recorded tape in which Republican Congressional candidate Greg Gianforte says he is "thankful'' for the passage of legislation repealing the Affordable Care Act sheds light on the high stakes of Montana's special election.

Gianforte has made no secret that he favors replacing the health care plan pushed through by President Barack Obama and Democrats in Congress. "It's not working. It's in a death spiral,'' he told the Missoulian. "It needs to be repealed and replaced.''

But how that's done could have a dramatic impact in Montana, where the percentage of people without insurance dropped from 20 in 2012 to 7.4 percent last year, according to the Commissioner of Securities and Insurance.

A recent report by the Montana Budget and Policy Center predicts that 142,000 Montanans could lose insurance if the Affordable Care Act were repealed.

That makes the replacement plan particularly critical here, especially with an election to select Montana's lone House member in Congress only 18 days away and with the race tight.

"We're seeing numbers in the single digits with still a lot of undecided voters out there, and that's why this race is still in play,'' Sen. Steve Daines said on the tape first revealed Friday by the New York Times and verified by the Lee Montana newspapers.

On Thursday, the day the House voted 217-213 to repeal the Affordable Care Act, Gianforte's campaign issued a statement to Lee Montana saying he would not have supported the bill because he needed more details about what it would do.

"Greg has repeatedly said he will not support a bill until he knows it reduces premiums, preserves rural access, and protects Montanans with pre-existing conditions,'' the statement from campaign spokesman Shane Scanlon said. "As an engineer, Greg needs all the facts because it's important to know exactly what's in the bill before he votes on it.''

That same day, however, Gianforte held a private conference call with conservative donors in Washington, D.C., in which he expressed support for the legislation.

According to a tape of the call, Gianforte told the donors "that the votes in the House are going to determine whether we get tax reform done, sounds like we just passed a health care thing, which I’m thankful for, that we’re starting to repeal and replace.”

At a Friday editorial board meeting with the Missoulian, Gianforte was again expressing more caution.

"We got into this mess with Obamacare because someone famously said we need to pass it to find out what's in it,'' Gianforte told the Missoulian. "This bill just passed yesterday, I have not been privy to the conversations in D.C.

"If I was back in Washington, the three criteria I would make a decision on voting for or against a bill (are) No. 1, does it bring premiums down, No. 2, does it protect people with pre-existing conditions and, thirdly, does it preserve rural access. I haven't had enough time or been party to the conversations to know if the bill that passed yesterday does those three things. If it does, I would have voted for it; if it didn't, I wouldn't,'' he said. "We're learning about what's in it right now.''

The GOP health bill would eliminate the fines Obama's law imposed on people who didn't buy coverage, and erase the tax increases in the ACA on higher-earning people and the health industry. It would cut the Medicaid program for low-income people and let states impose work requirements on Medicaid recipients.

It would transform subsidies for millions buying insurance, which are now based largely on their incomes, making the funding skimpier and tying it to consumers' ages. And states could get federal waivers freeing insurers from other ACA coverage requirements.

With waivers, insurers could charge people with pre-existing illnesses far higher rates than healthy customers, boost prices for older people to whatever they wish, and ignore a mandate that they cover specified services such as pregnancy care.

Democrats believe Republican votes to repeal and replace the ACA will work to their political advantage, citing nationwide polls that show voters strongly support continued coverage for pre-existing conditions and other Obamacare provisions.

Gianforte told the donors Thursday that he needed their financial support because the stakes were high not only in Montana, but nationally.

Liberal Democrats are pouring money into the state in an effort to "stop the Trump train,'' he said. And his Democratic opponent, Rob Quist, has more than 30,000 individual donors to the Republican's 5,000.

"There is no question we could win this, but we could also lose it,'' Gianforte said on the tape.

Daines, who also participated in the call with donors, added that the outcome of the special election for the U.S. House could set the stage for the 2018 Senate race in Montana, in which incumbent Sen. Jon Tester, a Democrat from Big Sandy, is seeking re-election.

A Gianforte victory, Daines said, "would send a strong message that Tester is a vulnerable incumbent.'' He said Republicans already are courting a popular statewide elected official to get into the race to challenge the Democrat.

WHITE SULPHUR SPRINGS — Meagher County, Montana, may not be much different than the rest of the rural enclaves across America that voted overw… 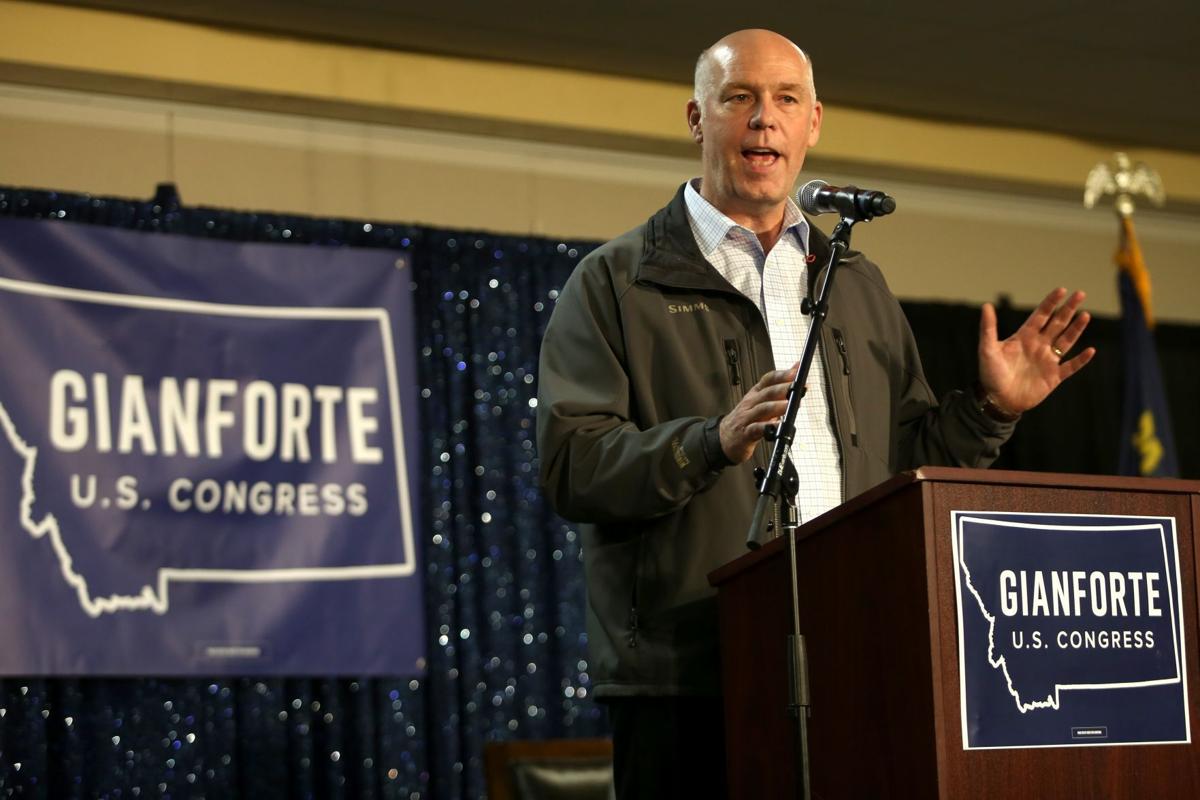 Greg Gianforte speaks during his campaign for at the Red Lion Hotel on Friday, April 21. 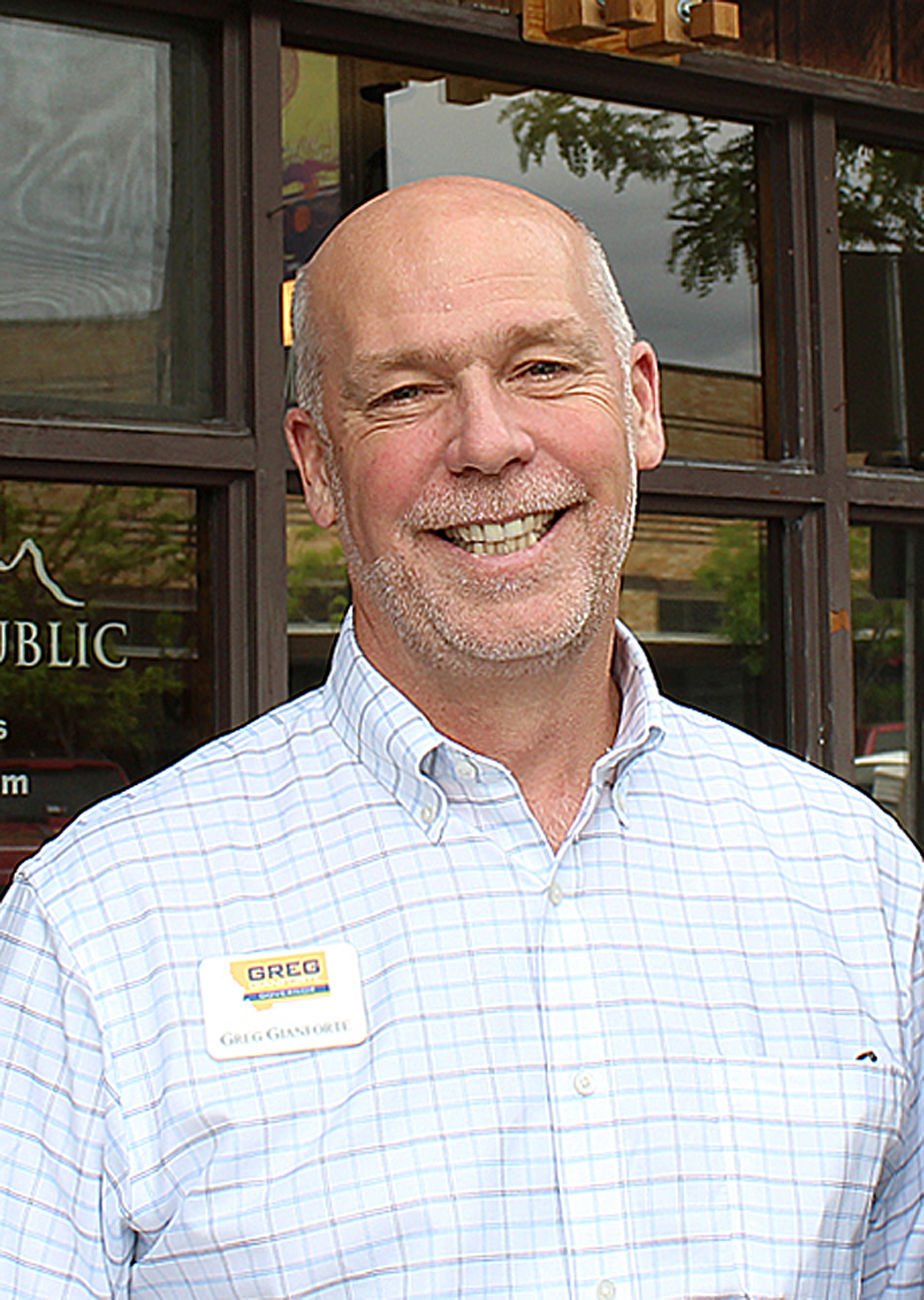