Kylee Longenecker was about 4 years old when her mother noticed she was growing lethargic, was making frequent trips to the bathroom, was “super irritable” and lost weight.

They tested her blood sugar and found that she had diabetes, a disease which did not run in her family.

“It was kind of a shock to us,” Kylee recalled, joking it was “perfect timing” as her dad was out of town and her mother was pregnant with her sister when the news occurred.

Kylee is now 21 and hopes to soon graduate with a degree in nursing from Seattle University. The former Helena resident is among 3 million young adults, ages 17-30, living with diabetes in the United States, the American Diabetes Association says.

It’s a number that the national Diabetes Association points out continues to increase daily. November is American Diabetes Month.

Diabetes, according to the Centers for Disease Control and Prevention, is a chronic, long-lasting health condition that affects how the body turns food into energy.

The body breaks down most of the food eaten into sugar (glucose) and releases it into the bloodstream. When the blood sugar goes up, it signals the pancreas to release insulin, letting the blood sugar into the body’s cells for use as energy. With diabetes, the body doesn’t make enough insulin or can’t use it as well as it should. This allows too much blood sugar to stay in the bloodstream. Over time, that can cause serious health problems, such as heart disease, vision loss and kidney disease.

Kylee now serves as president of the Diabetes Link chapter at the Seattle University campus. The group is the only national diabetes organization that focuses specifically on people in their teens and 20s.

Diabetes Link describes itself as “the go-to for peer support, resources, and leadership opportunities designed specifically for young adults.” It states it will connect participants to the people, programs and practical information that can help make their life easier and more enjoyable. It is a national nonprofit organization that specializes in helping teens and young adults navigate diabetes. It was founded in 2009 as the College Diabetes Network, by Christina Roth, a college student who felt isolated with her Type 1 diabetes.

Kylee has been a member of the group for four years and is now serving as president, albeit membership is small.

She said it wasn’t diabetes that directly led her to want to become a nurse, adding that in high school she had no clue as to what she wanted to do.

But she said she had family and friends in the medical profession and decided to pursue nursing.

Since she was 4 she has been on an insulin pump and glucose monitor.

Kylee said she had been on injections for six months, but moved to the insulin pump because it was easier to manage. And she said there have been advances with the pumps since she started.

She likes the campus group.

“I found that just meeting with Type 1 diabetics, we can talk about issues with each other,” Kylee said. “It brings relief.”

She said much of the discussion is about technological and insurance issues.

“It has been really beneficial for us,” Kylee said.

She said they make handmade letters and cards for newly diagnosed people and work with different organizations and research labs.

She would not say her Type 1 diabetes is more severe than other forms of the diseases, “but it is more difficult to manage.”

Kylee said she is now working in the orthopedic unit but is considering concentrating on helping those with diabetes.

“I really like communicating with people … about diabetes management,” she said, adding she feels like she kind of has a connection with them.

Kylee said she may like to work with pediatric patients who are Type 1 diabetics.

Kylee said she is thankful she was young when diagnosed with diabetes.

She said it was hard on her parents.

“I never knew a different way than being diabetic,” Kylee said, adding it was not a big life change.

“I am sure it was stressful,” she said.

Golfers may remember Kylee for driving the beverage cart for several years at Green Meadow.

“The members are all really good family friends,” she said. “Golf is a big part of my life.”

She said she will be returning to Helena over the holidays.

Kylee said she was kind of embarrassed by her illness growing up.

“Diabetes has a negative stigma,” she said, adding she would try to hide the insulin pump that she wears and not check blood sugar in front of others.

“Growing up, if you asked me about it, I would have given minimum information,” she said. “Now I am totally fine.”

She wears an insulin pump and glucose monitor 24/7.

“I am always kind of aware that they are there, but I cannot feel them,” Kylee said, adding it had an impact on her body image.

“I never wanted to wear swimsuits as a kid,” she said.

She said diabetes was one of many reasons she has some hesitancy about having children.

“It’s a monster of a disease, to be honest,” Kylee said. “It is a lot to handle. It’s easy to underestimate the disease.”

And she fears passing it on, but also looks at the advances in diabetes just in her lifetime.

“It gives me a lot of hope for myself or for my children,” she said.

She said her younger sister has no signs of it.

“It was just the luck of the draw.”

To learn more about diabetes, visit https://diabetes.org/. For more on Diabetes Link, go to https://thediabeteslink.org/.

Sentencing for Jerod Hughes has been moved to Jan. 6 due to a scheduling error, but his brother Joshua Hughes is still scheduled to be sentenced Tuesday.

The Helena Fire Department responded Sunday morning to a call of a kitchen fire at the Dairy Queen on Prospect Avenue.

The sentencing is in the middle of advisory guidelines, according to court filings.

State Sen. Gauthier says he will resign to hit the road

GOP Sen. Terry Gauthier says he will resign Monday in order to take a "world tour" on his motorcycle.

Panelists predicted that some areas of Montana can expect as many as 39 more days above 90 degrees by 2069.

The story of the Pikovsky family, whose daughter was deported to Aushwitz, traced through letters

The story of the Pikovsky family, whose daughter was deported to Aushwitz, traced through letters

NFTs and Web3 take over Miami during Art Week

NFTs and Web3 take over Miami during Art Week 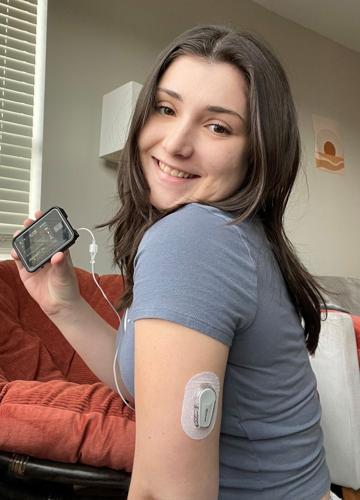 Since she was 4, Kylee Longenecker has been on an insulin pump and glucose monitor. 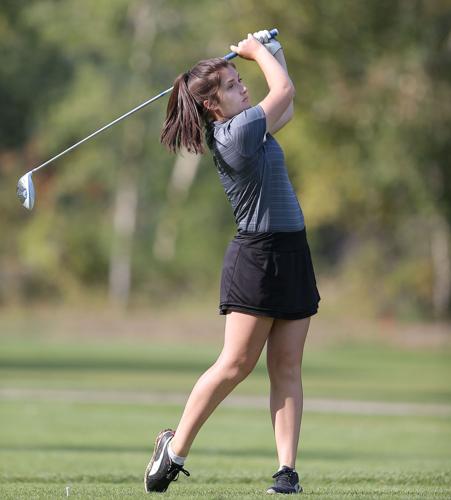 Helena Capital’s Kylee Longenecker tees off from the 10th hole during the Helena Open at Green Meadow Country Club in 2018.