All five crew members aboard a fire helicopter survived a crash landing Tuesday evening as residents between Townsend and White Sulphur Springs were being evacuated amid the Deep Creek Canyon fire that has burned over 2,000 acres.

Trooper Amanda Villa of the Montana Highway Patrol said the helicopter from the Department of Natural Resources and Conservation was coming in for a landing when it crash landed due to high winds, tipped onto its side and caught on fire. Villa said she was with a Broadwater County deputy and another man, and the three of them helped the crew escape from the helicopter before firefighters took over.

One person received minor injuries and the others did not appear to be hurt, she said.

"I'm just glad that me and the deputy were right there when it happened and able to get everybody out quickly," Villa said. "All things considered it was a lot better than it could have been."

All five crew members are being assessed by medical staff at the Billings Clinic Broadwater in Townsend and St. Peter's Health in Helena, according to the DNRC.

"I’m relieved to hear that all involved are getting the necessary medical attention," Gov. Greg Gianforte wrote on Twitter. "Please join me for praying for them and our first responders across the state."

Meanwhile, Meagher County Sheriff Jon Lopp said officials were evacuating the roughly 60 homes in the Grassy Mountain Subdivision and the roughly 130 residents of the Springdale Hutterite Colony after the fire jumped U.S. Highway 12 earlier in the day. The Forest Service said structures were lost, but said it could not provide more information at this time.

Lopp said residents were evacuated to White Sulphur Springs High School, and the Montana Red Cross set up an evacuation center at the White Sulphur Springs Senior Citizens Center at 101 1st Ave. S.E. Residents who check in there will be provided services including a safe place to stay, meals and access to other community resources. All Red Cross services are free. Families who need services should call the Montana Red Cross at 800-272-6668.

In a message posted on Facebook, the Broadwater County Sheriff's Office wrote “Please watch out for our first responders, and use another route.”

The fire had burned through an estimated 2,000 acres as of late Tuesday, growing from 180 acres the day before, and officials said there are 70 personnel assigned to it. The landscape consists of heavy timber in drainage bottoms and interspersed meadows in the upper slopes, as well as rocky areas with discontinuous vegetation, the forest service said.

The forest service said a spot fire started on the east flank of the fire and spread "rapidly in red flag conditions. Ground crews responded, but the fire spread faster than could be contained."

The fire, which Broadwater County Sheriff Wynn Meehan said was caused by a downed power line in the south end of the Big Belt Mountains in the Townsend Ranger District of the Helena-Lewis and Clark National Forest, was reported about 3:45 p.m. Sunday. The forest service said responders saw a fallen tree had caused a downed power line, however, they said the cause of the fire was still under investigation.

Earlier in the day, the U.S. Forest Service posted that its plans were for ground crews to keep building hand lines and dozer lines directly along the fire’s perimeter. It said helicopters will be used to support the ground crews throughout the fire and along the fire’s perimeter. A reconnaissance flight was ordered for Tuesday to get a good visual of the entire fire.

"It doesn't look good up there," Townsend City Clerk Coleen Ward said, looking at the plumes of smoke from town. She said it was still quite a few miles from town and had not impacted the air quality because there was a breeze.

A U.S. bankruptcy judge has upheld court decisions that the state of Montana lacked legal standing to file an involuntary bankruptcy petition …

The heat wave currently smoldering across the western half of Montana shattered daily temperature records Monday.

One home and several outbuildings have been consumed by the Deep Creek Canyon fire burning between Townsend and White Sulphur Springs, officia… 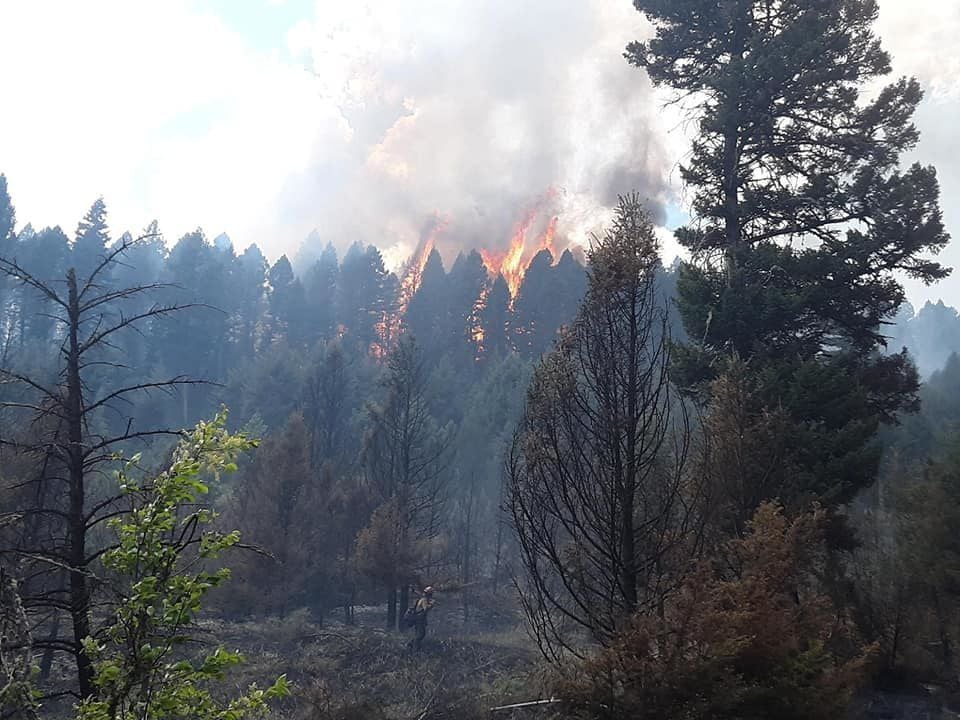 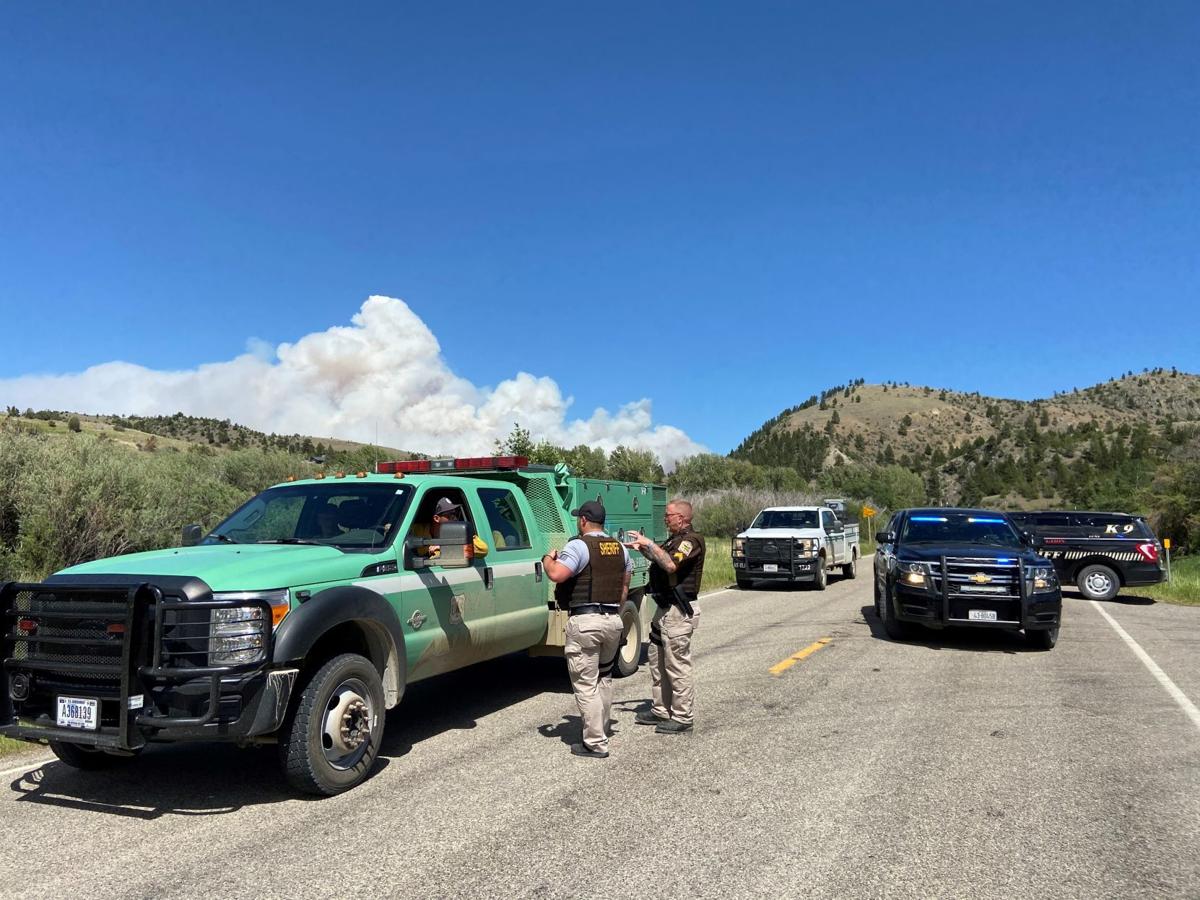 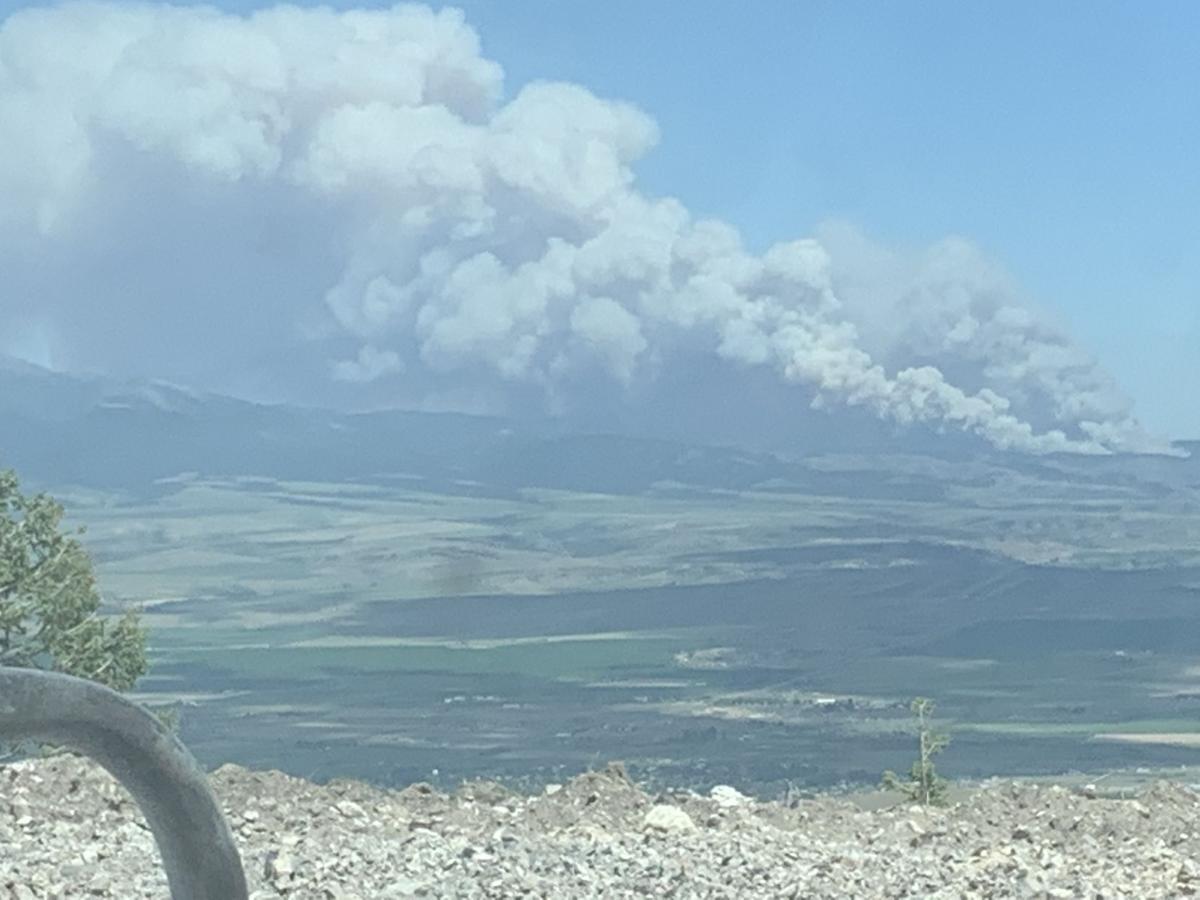 Dave Rife works at the quarry outside of Townsend and took this picture Tuesday of the fire between White Sulphur Springs and Townsend. 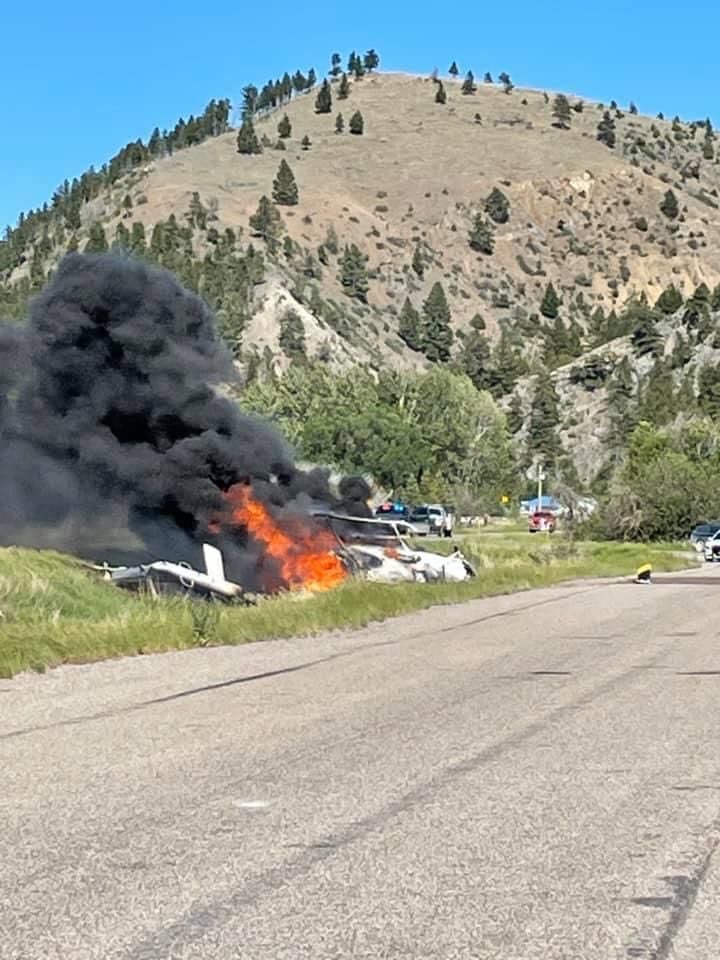 A DNRC helicopter was coming in for a landing June 15 when it crash landed due to high winds, tipped onto its side and caught on fire. 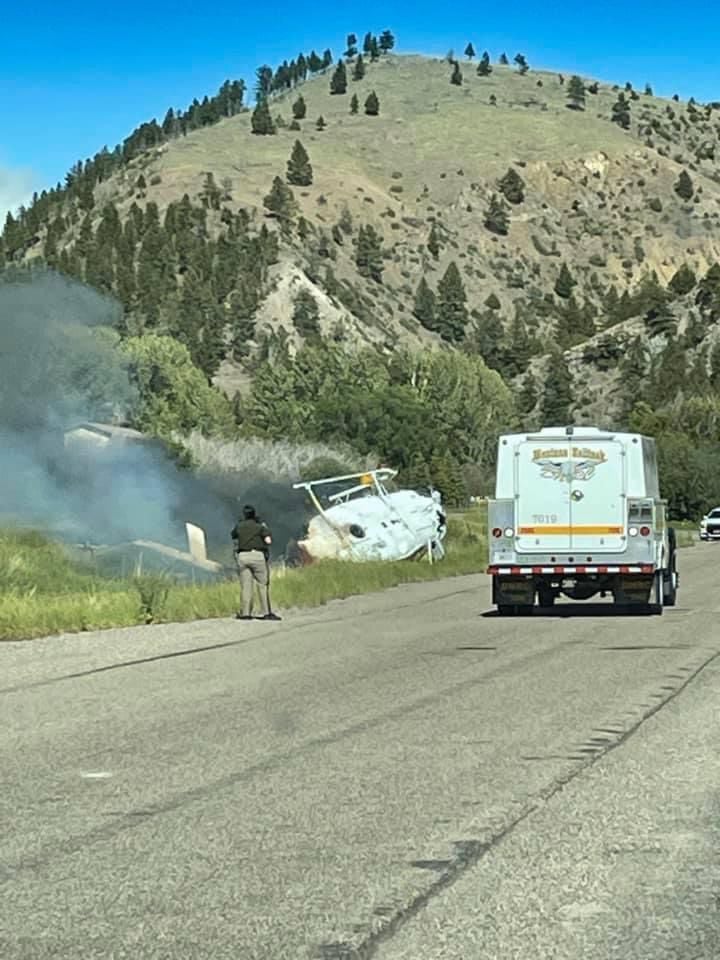