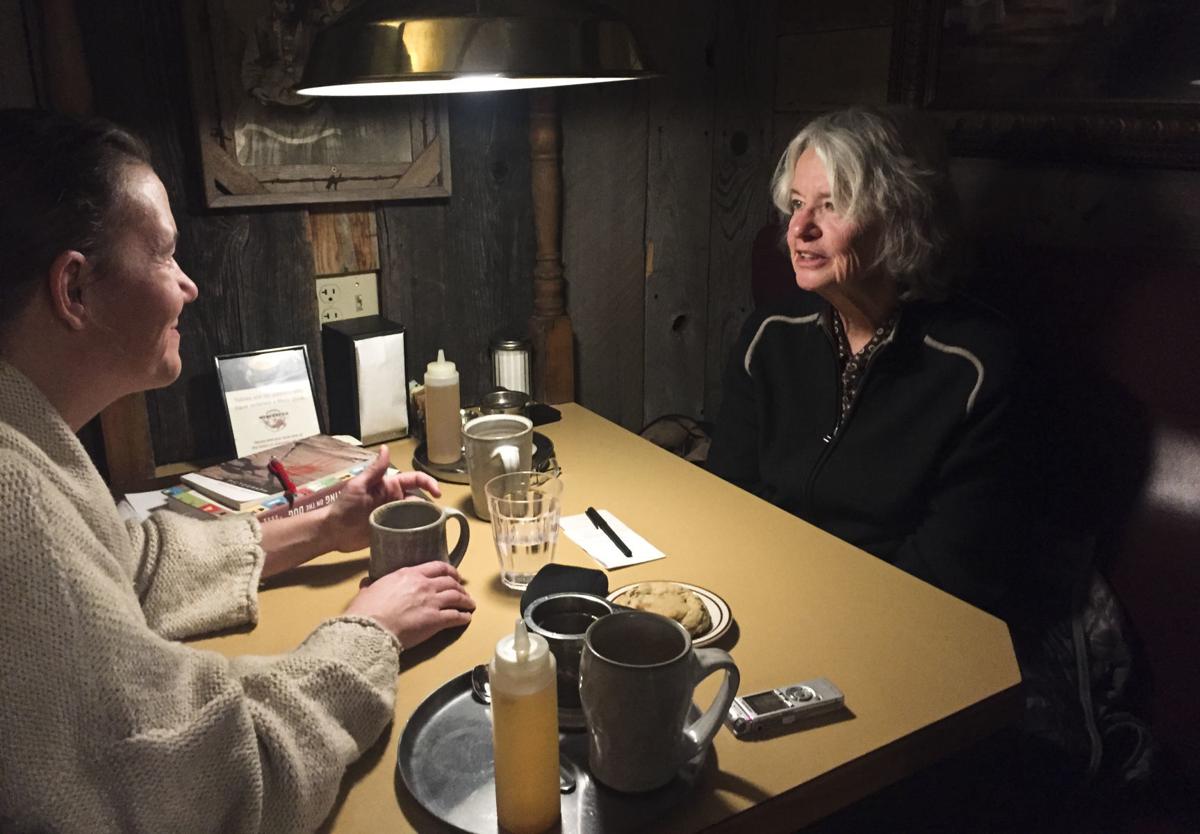 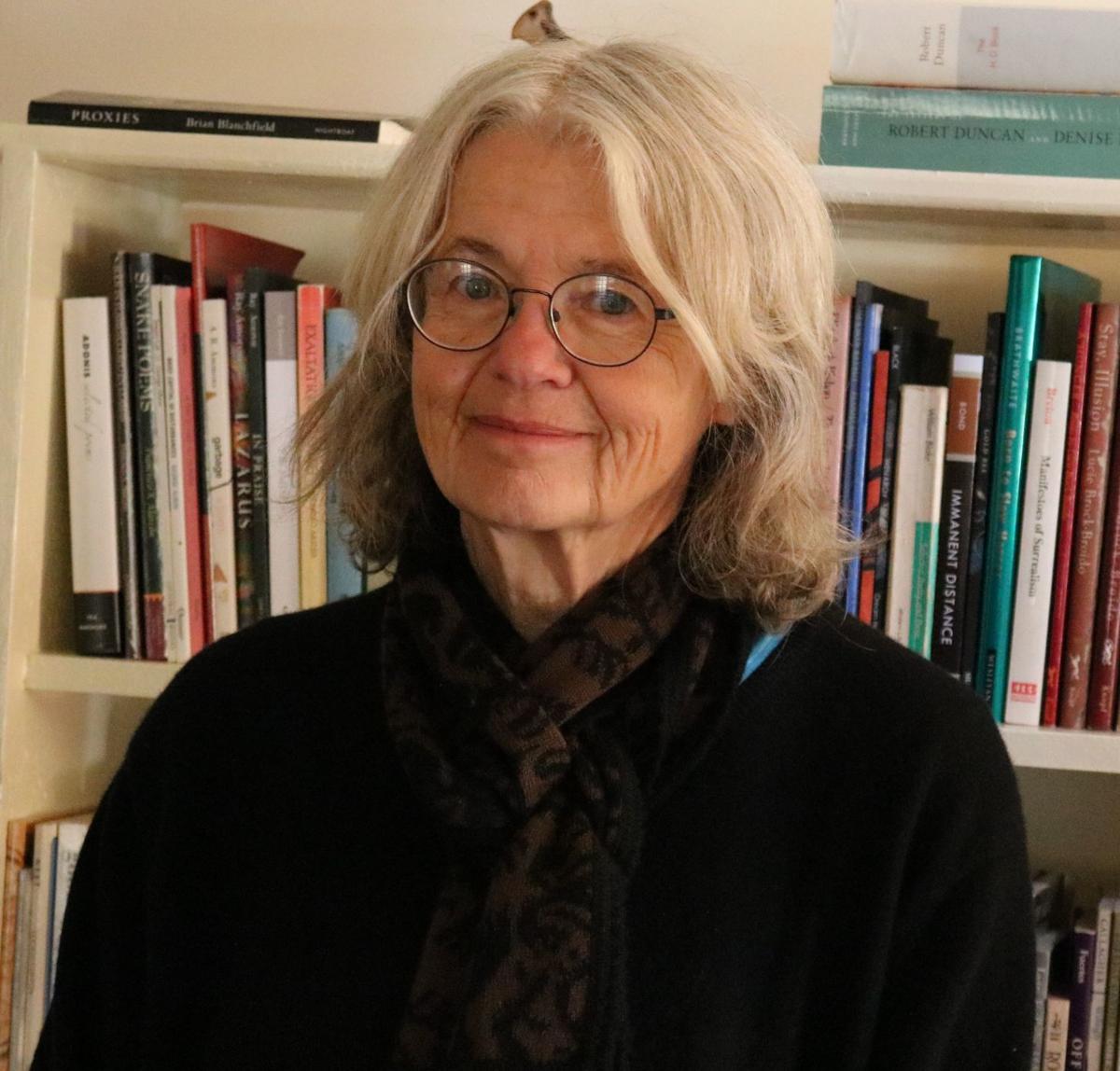 Montana's Poet Laureate Melissa Kwasny has authored six books of poetry. She'll discuss her journey as a writer on Jan. 27. 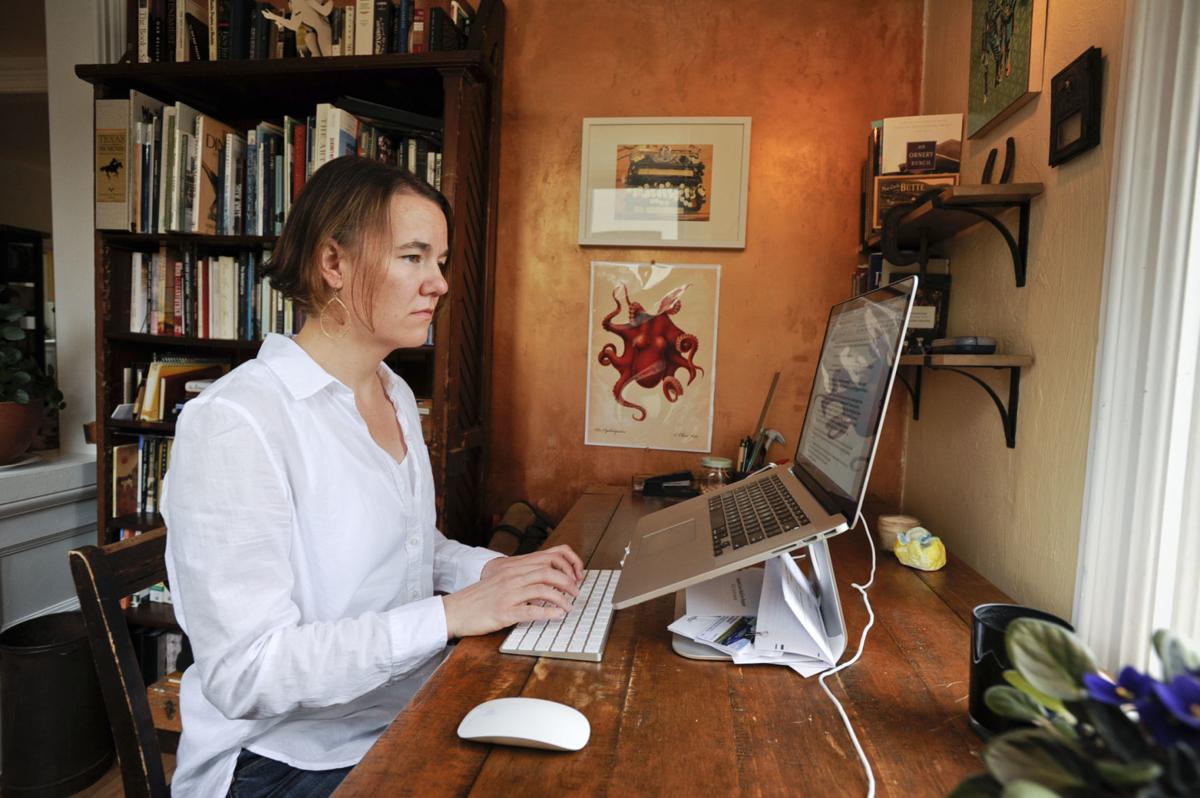 Author Virginia Reeves is part of the third Celebrating a Writer's Journey talk with Melissa Kwasny.

Montana's Poet Laureate Melissa Kwasny has authored six books of poetry. She'll discuss her journey as a writer on Jan. 27.

Author Virginia Reeves is part of the third Celebrating a Writer's Journey talk with Melissa Kwasny.

How did a young girl growing up in an industrial town in Indiana, with no books to call her own, become Montana’s poet laureate?

This reporter got a brief and tantalizing taste of the wondrous evening ahead during a chat with Kwasny and Reeves at the General Mercantile about what they have in mind.

Kwasny, who writes poetry, nonfiction and fiction, will intersperse readings from some of her works during the evening’s conversation.

So, what is the alchemy that took place that turned that young girl with no books into a gifted and award-winning writer?

“I always say to my students ... everybody thinks that writers come from households that have studies and libraries and millions of books all over and they were reading Robert Browning when they were 3,” said Kwasny, “but I grew up in a household that had no books on the shelves.”

Instead, they held knickknacks and a telephone.

“It wasn’t a literary household, but my grandmother used to read to me all the time and I loved it. I was a reader.

“She let me have a little book club.” Kwasny ordered a book a month. “I was so excited about that.”

“And then I got a library card.

“I started reading a lot, but I wasn’t writing.”

She was attending a public high school in the working-class town of LaPorte, Indiana, “and I was lucky enough to have a teacher who had a Ph.D. in Chaucer.”

“I had a lot of great teachers,” she said, adding that in the 1960s and 1970s there were a number of people with advanced degrees teaching in the local public schools.

“He would just recite Chaucer. None of us could understand a word he was saying.

“I thought it was magic speech. I was just transported.

“It was so rhythmic... I was just hooked.

“He would have us read and also write poems, and I found my language.”

Hearing words from Chaucer or Shakespeare, even when one doesn’t understand them, she said, “it just opens that beauty door.”

“I started writing poetry after that class.”

Kwasny would be the first person in her family to attend college.

When she was a sophomore at UM, a friend discovered her notebook of poems and pinned them up on the walls, which mortified Kwasny.

But the friend told her, “Do you know you are going to a college with one of the best-known writing programs in the country?”

Kwasny had no idea, but would wind up having poet Richard Hugo as her mentor.

“It was an amazing time,” she said.

Monday evening’s conversation may steer to what exactly a Montana poet laureate does.

Perhaps, it should come as no surprise, the prestigious state award comes with no approved state funding.

However, Humanities Montana has stepped up to help, providing travel and lodging reimbursement and small stipends for the poets.

“That makes us not go broke,” Kwasny said.

To promote and encourage the writing of poetry in Montana.

They share their own works, Kwasny said, but are also ambassadors for poetry and introduce people to works of Montana.

Kwasny finds inspiration for her writing “almost always outside in nature,” she said. “That’s where it starts. It might veer off and gather up what I’m reading or gather up a conversation.”

“It’s different for each person,” she said, depending on their wealth or lack of it, their gender, race, education and opportunities.

“How do you create and sustain a creative life? I think that’s fascinating,” she said.

“How do people create a creative life?

“How did I do it for 40 years, and what are the choices you make and the decisions you make in order to support that kind of writing life?

“I think it’s relevant to everybody.”

“I would be honored,” said Kwasny, “if people came.”

Book sales and signing will follow the presentation. The event is free and open to all.

Melissa Kwasny is the author of six books of poetry, most recently, “Where Outside the Body is the Soul Today,” and “Pictograph,” as well as a collection of prose writings, “Earth Recitals: Essays on Image and Vision,” and co-editor, with M.L. Smoker, of the anthology, “I Go to the Ruined Place: Contemporary Poets in Defense of Global Human Rights.”

Kwasny recently completed an investigative nonfiction book, “Putting on the Dog: The Animal Origins of What We Wear” published by Trinity University Press.

She is the recipient of the Poetry Society of America's Cecil Hemley Award and Alice Fay di Castognola Award for a work in progress and the Montana Art Council's Artist's Innovation Award.

Kwasny taught 18 years at Carroll College and has been a visiting writer in a number of undergraduate and graduate level programs.