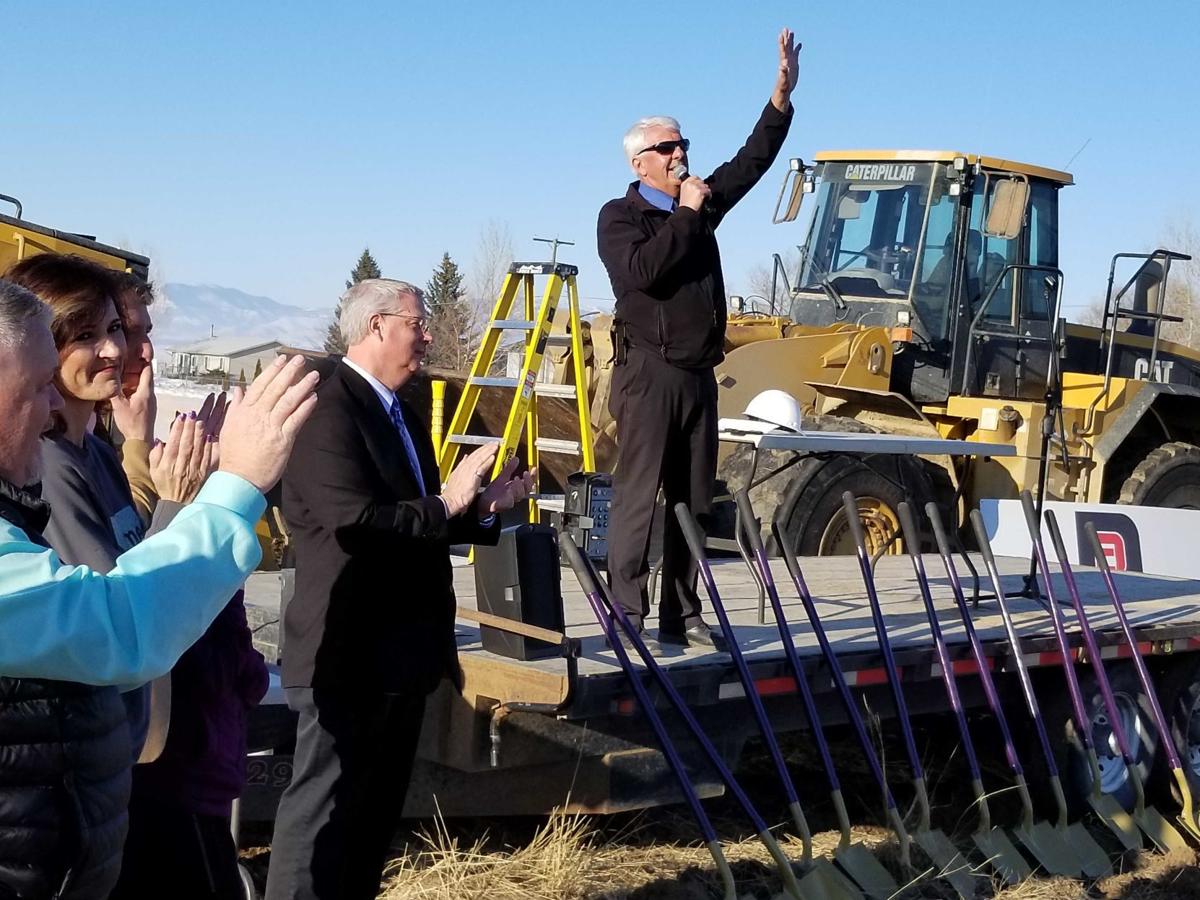 Superintendent Ron Whitmoyer (right) thanks the crowd at last year's groundbreaking ceremony for East Helena High School. He was joined by members of the East Helena school board. 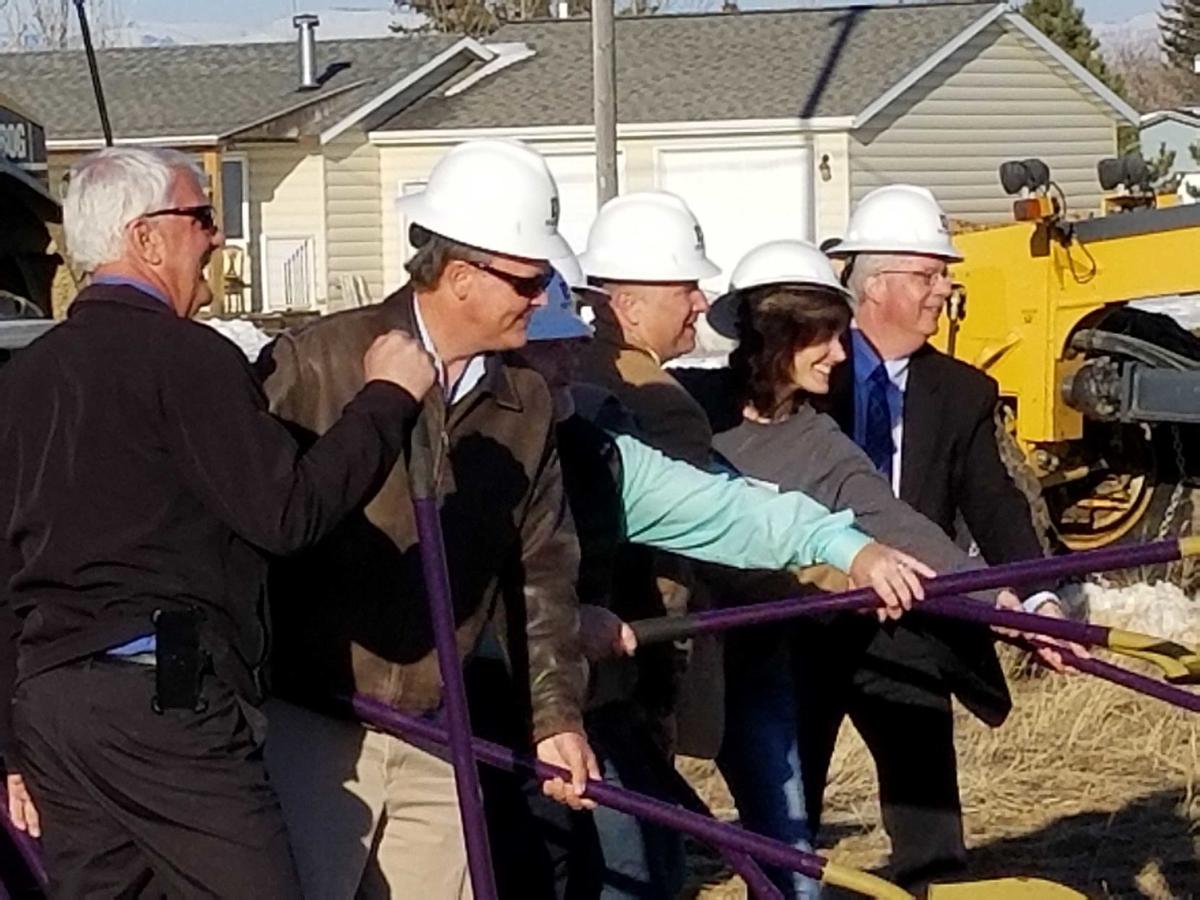 The East Helena community broke ground at the site of the upcoming East Helena High School on Monday.

The building, designed by SMA Architects, is set to open in fall 2020. Dick Anderson Construction will begin site prep as early as next week, according to school district superintendent Ron Whitmoyer.

"This school stands for something that is unique about this community," Whitmoyer said. "And what education is all about."

Whitmoyer said the school is representative of the East Helena community's pride. He hoped that the sunny weather during groundbreaking will be an omen of good success for the school.

The school will be an official breakaway from the Helena school district for the community. Traditionally, East Helena students received their elementary education in East Helena before traveling to Helena for high school. With 110 students already signing up for East Helena High, Whitmoyer is excited to start a new journey with the community.

Whitmoyer expressed admiration for the soon-to-be East Helena High School students. He said their willingness to break tradition with Helena will set the standard for the next 100 years.

Scott Walter, East Helena school board chairman, said the school is representative of the genuine passion the community has for education.

"The measure of our success is not the building we build," Walter said. "It's what takes place inside the building."

"Without their tireless efforts this would never happen," he said.

Schell called East Helena a community that "put education of students first" and said "I look forward to doing this again with a roof over our heads."

The site of the new high school is just north of the new Prickly Pear Elementary School; the two schools are separated by the Lewis and Clark Search and Rescue station. Additionally, a new subdivision called Highland Meadows will share an entry on Valley Drive between the two schools.

East Helena voters approved a $29.5 million 20-year bond to build a high school in May 2018. That vote passed with about 61 percent voting yes.

The first freshman class of East Helena High School will start in fall 2019. Classes will be housed in East Valley Middle School before transferring to East Helena High in fall 2020. Looking forward, the school already has its first homecoming football game scheduled against another newly formed high school district in Lockwood.

Whitmoyer said the goal is to complete construction on the new school by Aug. 1, 2020.

The East Helena School Board approved a resolution to increase nonvoted levies to fund transportation for the soon-to-be freshman class of 2019-20.

A cabbage weighing in at about 15 pounds has earned an East Helena student $1,000 in scholarship money.

Though East Helena Public Schools is not planning to seek an additional property tax levy to fund the operation of its new high school, the bo…

The deadline to submit listings for the Independent Record's 2019 Helena-area Summer Camps and Activities Guide is 5 p.m. Wednesday.

The Montana Senate has passed a bill allowing resort communities with fewer than 5,500 residents to temporarily levy an additional 1 percent r…

Helena has more open seats than candidates for school board

Helena will have more open seats than candidates on the ballot in the May 7 school board election.

Superintendent Ron Whitmoyer (right) thanks the crowd at last year's groundbreaking ceremony for East Helena High School. He was joined by members of the East Helena school board.