The 2021 derby ended abruptly after one of the vehicles ran off the course and struck a spectator, who was transported by ambulance to St. Peter's Health.

Several drivers of the ramshackle vehicles made of household items like bicycle tires and plywood were thrown from the driver's seat during the downhill race, and at least one of the vehicles rolled upside down.

Jake Crawford of Point S Tire & Auto Service said the emphasis has always been on safety, but more so this year.

Crawford, who has been organizing the event with Vanessa Larson of Point S and Downtown Helena Inc., said he had heard from people all year about the derby returning to downtown. He said the derby was always planned to be an annual celebration, “but we wanted to make sure it is as safe as possible for the public and participants.”

Downtown Helena Operations Director Jordan Conley said through "negotiations with the city," it was determined that larger barricades are needed for Saturday's derby.

Conley said last year the course had only straw-filled wattle and temporary crowd control barricades keeping vehicles from pedestrians, due to "a straw shortage."

She said this year's derby will have larger bales of straw and temporary crowd control barricades lining the course.

"If the cars get too far over to the edge, they'll get bumped back onto the course," Conley said.

Crawford said the dimensions of the bales are 3 feet by 4 feet by 8 feet.

Conly said additional EMTs will also be on hand for the race.

The derby has also expanded to a two-day event. Vehicle check-in and newly added safety inspections conducted by Point S representatives are scheduled to happen in front of Ten Mile Creek Brewing on the walking mall Friday evening.

In addition to the soap box car show, Downtown Helena plans to offer activities on the walking mall for children and families from 4-8 p.m. Friday evening, including decorating and racing toy cars.

"The goal of every event hosted by Downtown Helena, including this one, is to showcase our downtown and businesses," she said. "It's all geared toward keeping people downtown and showcasing local businesses."

The organization is anticipating 1,500 to 2,000 people over the course of the two-day event. More than 20 teams have registered to participate in the race so far, up from 18 in 2021. Teams include one driver and up to two pushers.

Downtown Helena's website lists the race course as the same as last year's. It will "begin on Cruse Avenue, take a hard left down 6th Ave." The race begins at 1 p.m. Saturday, with an awards ceremony at 5 p.m.

The "hard left" is what thwarted a number of teams during 2021's derby. But Conely said the portion of Cruse Avenue within the course's footprint is "really more of a staging area" this year.

There will also be a ramp near the Last Chance Gulch finish line.

"They can get a little air and speed if they want to," Conley said, adding it is only for style points and is optional.

Conley said Downtown Helena has been "in communication" with the woman who was injured in 2021, and that the organization has "worked closely with her" and "discussed next steps."

She declined to comment on what she referred to as "ongoing conversations."

Septemberfest to bring derby fun to streets of Helena

Montana’s version of the fast and (perhaps not-so) furious will be coming to downtown Helena on Sept. 25 as the first-ever derby takes to the …

A group of local rock climbers spent the weekend improving a favorite Helena-area climbing spot in an effort to make use of the site more sustainable.

The city of Helena is hosting a latex paint exchange at its transfer station through the end of September. 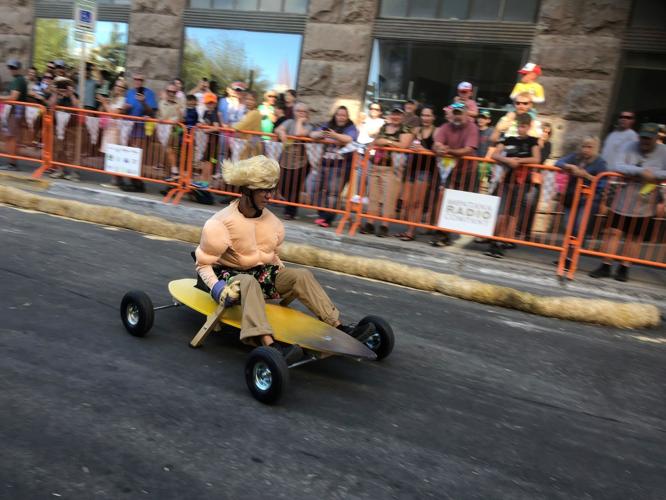 Vehicles in the 2021 Soap Box Derby were required to have a driver and could have up to two pushers. 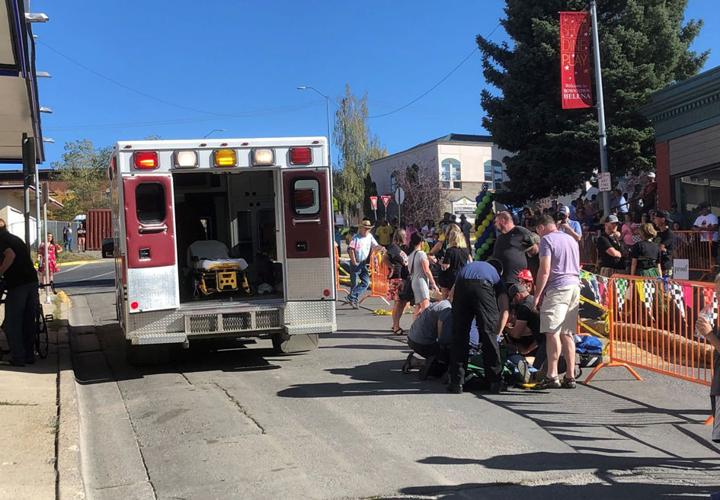 A spectator at the 2021 Soap Box Derby in downtown Helena was taken away in an ambulance after one of the homemade vehicles slammed into the crowd.