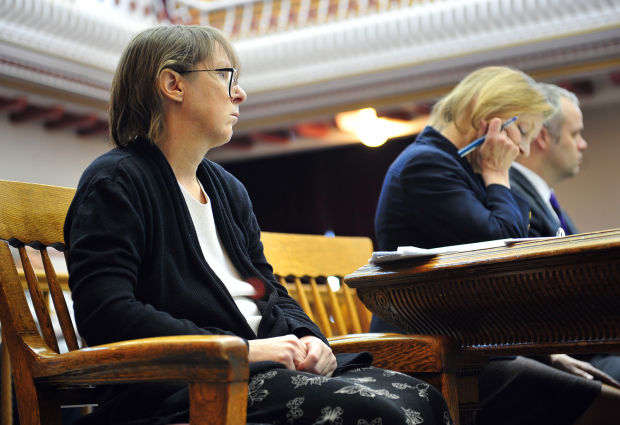 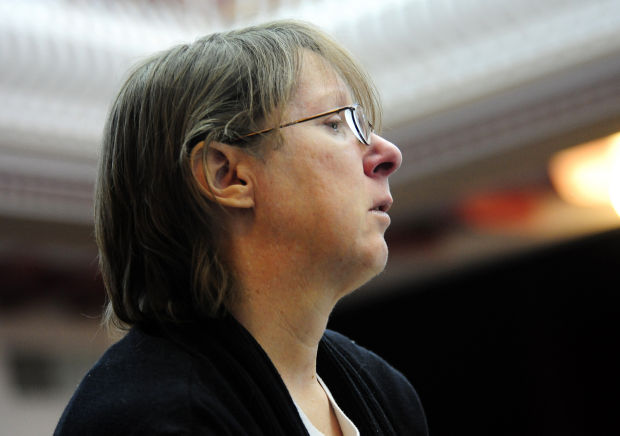 Michelle Coller Gable will probably spend the rest of her life in prison for the murders of her husband and his friend in October 2011.

District Judge Kathy Seeley followed the recommendation of Lewis and Clark County Attorney Leo Gallagher and a probation officer and ordered Gable to the Montana Women’s Prison for 100 years on each count of deliberate homicide, with the sentences to run consecutively.

The 200-year sentence would make Gable, 49, eligible for parole in about 50 years.

Gable’s public defender, Randi Hood, asked Seeley that in light of mitigating circumstances and Gable’s mental and physical issues, she sentence Gable to 10 years on each count, running concurrently, and to sentence her to the Montana State Hospital in Warm Springs. Hood said doctors evaluating Gable never found any needs that couldn’t also be fulfilled in prison.

Gable spoke in her own defense, appearing to break down at times as she had during her testimony at her trial.

Gable said she loved her husband, Joe Gable, unconditionally, and that she grieved every day for his death and that of Sunday Cooley Bennett, his friend whom she also shot the morning of Oct. 13, 2011.

She said she would gladly die if it would bring their lives back. She cited Bible verses that appear to allow for killing in self-defense.

“I wish I did not feel threatened and forced to defend myself,” she said. “I ask the court for help, for hope.”

She also claimed mental health records as well as her sensitivity to environmental elements had not been considered by the court. She said her attorney did not make contact with two pastors who could have helped her case at trial and sentencing, and she outlined the several people she contacted in the month or so before the shooting.

“I received no help, I was alone, I didn’t know what to do,” she said, her voice breaking. “There was so much more that needed to come to light.”

But Seeley and Gallagher both lambasted her for her refusal to take responsibility for her actions.

Gallagher said she had deflected accountability her entire life.

“She’s bright, she’s cunning, she’s relentless, ruthless,” he said. “I sincerely believe that this is a chapter today in a book that’s going to go on as long as she is alive, that there will be endless litigation, claims and manipulations by the defendant following today.”

He said evaluation after evaluation showed she knew what she was doing when she committed the crimes.

“This was a cold-blooded, ruthless taking of two human lives, that was thought out and planned and when it didn’t go her way, she continued, recall that she continued her deceptions and deflections while Sunday Bennett was dying inside the house,” he said.

Seeley said Gable stalked the victims, gaining a key to the Cutler Street home owned by the Gables after she knew her husband had changed the locks. She brought loaded weapons to the home in the middle of the night and remained there until morning.

“It could be said you were lying in wait to ambush them,” she said.

Seeley said doctors evaluating Gable found no mitigating mental condition, only that she considered herself special, with a unique sense of entitlement, that she was exploitative with a lack of empathy for other people, and used emotional displays to manipulate others.

Seeley also ordered restitution from Gable — more than $10,000 for the funeral expenses of Bennett and nearly $37,000 for the costs of her public defender.

The prosecution sought total restitution for several other expenses. But whether she has any assets is unclear. Gallagher argued that she may have access to considerable funds from the sale of property and a possible payout from Joe Gable’s life insurance policy, but Gable’s attorney, Randi Hood, argued that she had no such assets and would not qualify for the life insurance payout because of the homicide conviction. Wheelchair-bound, she had no ability to earn any significant income in prison.

Gable injured herself in a fall in prison and has appeared in court in a wheelchair.

Gable had argued that she went to the home to talk with her husband and only shot when attacked by him and then felt threatened by Bennett.

The shooting came after a lengthy period of estrangement in the marriage, with Michelle Gable spending much of the two years preceding the shooting near her father in Maryland. She had long complained of illnesses related to environmental irritants. Her husband had filed for divorce just days before the shooting.

Absent a successful appeal of her sentence and conviction, Gable would not be eligible for parole until she is 99. Medical parole is a possibility but is rarely granted, mainly in cases of terminal illness.

Woman who shot husband and his friend appeals 200-year sentence

Michelle Coller Gable, sentenced March 1 to 200 years in prison for the October 2011 shooting homicides of her husband and another woman, has …