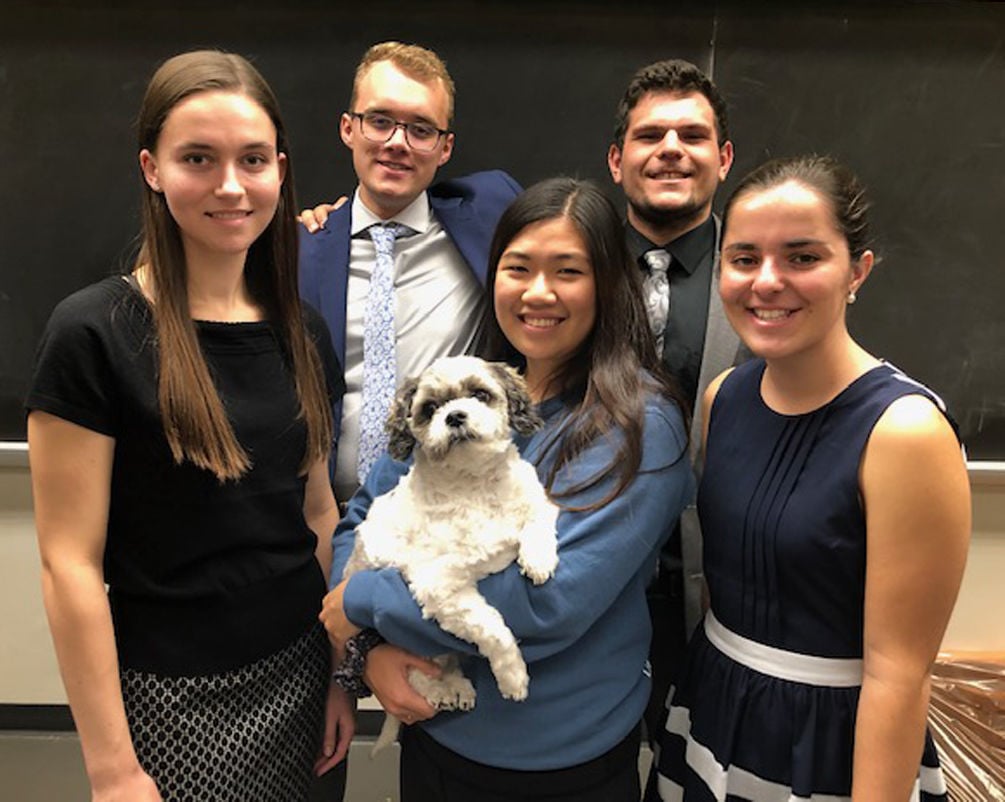 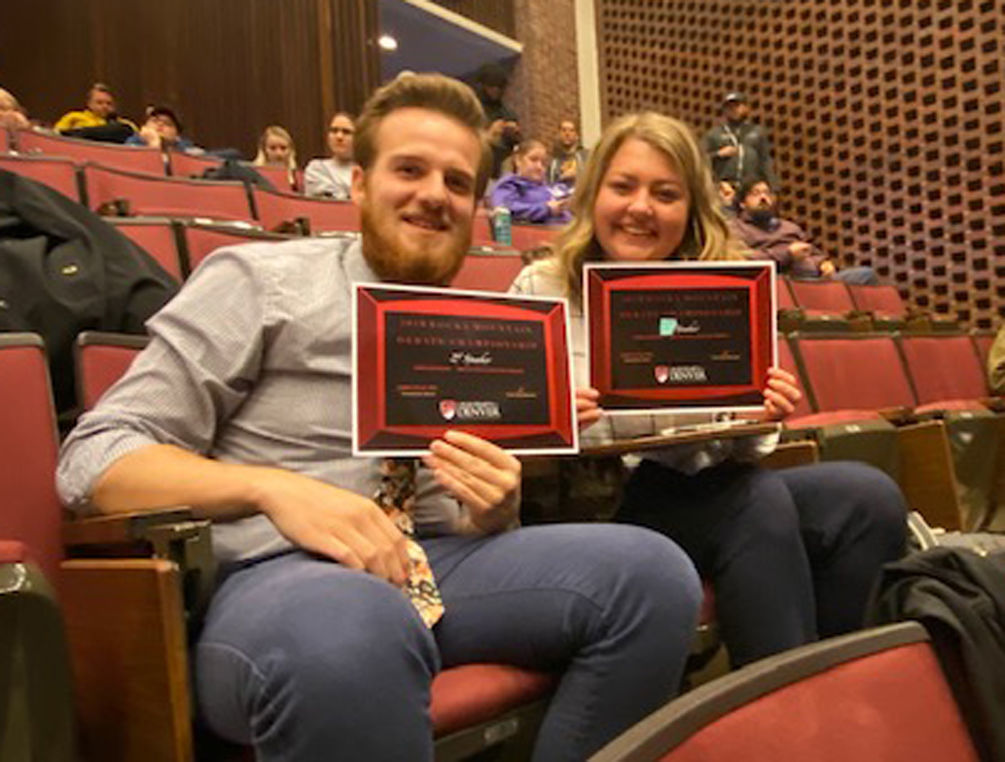 In honor of Hawthorne Elementary School's 140th anniversary, the Hearts for Hawthorne Reception & Auction will be held at 7 p.m. Saturday at the Holter Museum of Art. The event will include heavy hors d'oeuvres from Chili O'Brien's, and the auction items available include a Missouri River float trip for eight and a Wagyu beef dinner catered by Stone Ranch Montana. Email rsvpheartsforhawthorne@gmail.com for more information.

To make a financial donation to Hawthorne Elementary School, checks payable to Hawthorne School Parent Council can be mailed to 430 Madison Avenue, Helena MT 59601 or can be dropped off at the school office.

Cranium Café, a program of Helena Community Connections, is a brain health workshop featuring brain health exercises and education in a relaxed, fun environment. Participants learn and practice activities to keep the brain healthy as it ages.

The fall series continues at noon on Wednesday, Nov. 13, at 2330 E. Broadway. The title of the program is Building Your Resilience: Finding Meaning in Adversity. Nanette Whitman-Holmes, life enrichment director at Touchmark, facilitates, and psychologist Molly Birkholm is the presenter. Bring a brown bag lunch. Other refreshments are provided. Cranium Café is free, however non-perishables for Helena Food Share are suggested as a donation.

All programs occur in handicapped accessible facilities, and all HCC programs are life enrichment for those over 50. Contact Nanette at 449-4900 for more information, or visit www.bridgeshcc.org.

Dress appropriately and bring your own yoga mat. Non-perishables for Helena Food Share, in lieu of a program fee, is all you need to participate.

Gentle Ways is offered year round and is taught by retired yoga instructors. Gentle Ways is a Helena Community Connections program and is offered in a handicapped accessible facility. Visit www.bridgeshcc.org for more information on Bridges programs.

Each year, one Montana student is selected on the basis of character and academic accomplishment to receive $62,000 annually to cover their attendance at the New England boarding school, St. Paul’s School, along with $15,000 awarded per year toward tuition at a college of their choice.

Established in 1973, the Cook Scholarship is underwritten by the Frank Hervey Cook Trust and is named in honor of Frank Hervey Cook, a Montana resident and successful cattle rancher who graduated from St. Paul’s School in 1919.

Applications to St. Paul’s School and the Cook Scholarship are due Jan. 15, 2020.

Interested Montana students in the seventh, eighth and ninth grades looking for a challenge are encouraged to attend an information session about St. Paul’s School and the Cook Scholarship on Friday, Nov. 8, at 6 p.m. in Helena. For more information on where to go, visit www.http://apply.cookscholarship.org.

The Governor’s Office of Community Service is accepting nominations for their annual ServeMontana Awards.

This award recognizes Montanan citizens who demonstrate commitment to helping others and serving their communities. The public is encouraged to nominate individuals from various service groups, and of all ages and backgrounds. Both individuals and organizations can be nominated. All service must be performed in Montana or by Montanans. Applications are due by March 31, 2020.

To learn more or nominate someone, visit serve.mt.gov, or go to https://www.surveymonkey.com/r/servemontanaaward2020. Winners will be honored at a ceremony at the state Capitol next May.

United Way seeks members for board of directors

United Way of the Lewis and Clark Area is filling five seats on its board of directors. The organization is searching for individuals with various areas of expertise, a passion for transforming lives, and dedicated to working collaboratively with others.

UWLCA has formal partnerships with 34 local nonprofits as well as businesses, local government, and community members to address problems faced by the people of Jefferson, Broadwater, and Lewis and Clark counties. Its biggest, collaborative projects include Greater Helena Area Housing First to unite local housing efforts, updating Montana 2-1-1 as the most comprehensive resource guide in the area, and anchoring the Zero to Five Initiative to enhance early childhood education so children are school-ready.

In addition to its collaborative work, UWLCA also distributes grants to its nonprofit partners to support their programs every year.

If community members are interested in learning more or submitting an application, they may email info@unitedwaylca.org or call 406-442-4360.

Once a year, MVD brings employees across the state together to ensure up-to-date training and opportunities for discussion. Questions or concerns can be emailed to mvd@mt.gov or by calling 1-866-450-8034.

The new team members advanced two teams to the championship rounds at the University of Calgary Fall Open, held Oct. 19-20 in Calgary, Alberta.

First-year debaters Stefan Fiandeiro of San Jose, California, and Brady Clark of Madison, Wisconsin, finished second to a team from the University of Saskatchewan. Hellie Badaruddin of Missoula and Roisin O’Neill of Lake Oswego, Oregon, reached the semifinals in the BP World Debate event.

“We learned a lot from them,” said Badaruddin. “We talked about everything from accents, to politics, to college prices. I was surprised about all the little things that were different, even though we’re so close.”

Junior Josh Mansfield of Pocatello, Idaho, and senior Kelsie Watkins of Snohomish, Washington, reached the semifinals in the 60-team event. Mansfield was named second best speaker with Watkins in third.

Parts of the team headed to Spokane, Washington, and Casper, Wyoming, before the full squad heads to the first leg of the regional championships at Linfield College in McMinnville, Oregon, Nov. 8-10.

Since 2012, The Montana History Foundation has given grants each year to organizations that are working to preserve Montana’s historic legacy. So far, more than $843,000 has been awarded. In an effort to invest $1,000,000 statewide by 2020, MHF will fund $160,000 in new projects this year.

Tax exempt organizations can apply for funds to preserve buildings and cemeteries, conserve and exhibit collections, collect oral histories and more. Funding details and the application link can be found at mthistory.org/criteria.

Teen missing from Helena has been found

The Helena Police Department reported Wednesday morning that Trey Sims-Holmes has been found.

Members of the Patients and Friends of Dr. Tom Weiner Facebook page will have a prayer vigil for him Friday, on the one-year anniversary of th…

U.S. Army Colonel Dennis Meyer (Ret.) earned a Bronze Star in the Vietnam War, and went on to serve in nine states and eight foreign countries during his 28-year military career.