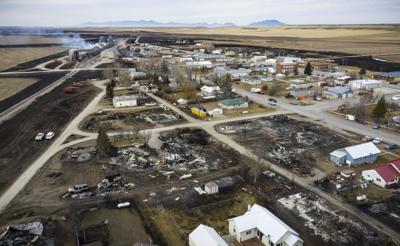 DENTON — By Friday morning as the fog lifted from this small community in central Montana, residents and work crews started cleaning up as the destruction left by a fast-moving, wind-fueled fire became clear.

The buzz of machinery echoed throughout town as teams with chainsaws felled burned trees, backhoe operators piled debris that used to be homes and crews augured holes for new power poles. Power was expected to be restored to the community by the end of the day Friday.

While Incident Commander Don Pyrah said the state fire marshal was investigating the cause of the 10,644-acre fire, Jason Merkel, the general manager for NorthWestern Energy, said the company's 50 kilovolt line ignited the blaze 10 miles west of town.

“The exact cause of what failed to cause the fire (is what) we’re investigating,” Merkel said at a meeting of residents, fire responders, elected officials and others held Friday at the Denton school.

While the town had a 275,000-gallon storage tank full of water, that was depleted quickly with people in town running sprinklers, hoses and anything else trying to keep their homes safe, Joel Barber said. One sprinkler was still running Friday morning. Other water sources were also drained.

“We ran the spring dry; it was nothing but well water,” Barber said, adding that was partly attributable to drought this year but that he expected the spring to be replenished soon.

Pyrah said the fire started just off Highway 81 west of town around midnight Tuesday, and he was notified shortly after it was reported. He was immediately concerned given the unseasonably warm weather, dry fields and strong winds.

“December, 60 degrees at 4 o’clock in the morning’s not normal,” Pyrah said.

Like much of the state, central Montana including the Denton area remains in extreme drought. In nearby Lewistown, precipitation for the calendar year to date is 10.19 inches compared to an average of 16.69 inches. The average temperature for November was more than 7 degrees above normal, according to the National Weather Service in Great Falls.

Pointing to a dashed line on a fire map showing a post just west of town, Pyrah said the response from fire crews through a mutual aid request plus an untold number of locals stalled the fire for a bit Wednesday morning but then the weather changed for the worse.

“The plan was really going quite well until our 60 mph winds turned into more than 60 mph,” Pyrah said. “ … They were doing some pretty good work, but Mother Nature plays the trump card here.”

Around 1 p.m. Wednesday, two events within minutes of each other triggered what Pyrah called “the Denton tragedy.”

First was the fire burning under and then eventually consuming the highway bridge. Next was the train trestle going up in flames, which created access problems for people fighting the fire.

“The fire essentially was able to flank us, and it started to impact the community of Denton,” Pyrah said.

As the first structure just west of town burned, Pyrah said crews made a decision.

“The plan at that point in time was to let this fire flank the community and try to hold the core of the community the safest that we could,” Pyrah said.

Then a few structures along the railroad grade ignited, along with a large hay pile and a couple semis and eventually the town’s iconic grain elevators, creating a massive heat and ember source.

Curtis Hershberger lost a building and garage with a ‘72 El Camino in it. He said once the grain elevator went, embers blew across town, landing arbitrarily and burning one home while leaving a neighbor’s untouched.

“It was hailing chunks of fire,” Hershberger said.

Unlike other fires that had burned in the area, an aerial attack wasn’t an option because of the weather.

“There was as much dirt blowing in the air as there was smoke,” Pyrah said.

By about 2:30 p.m. the focus was on protecting homes in town as best possible, Pyrah said. An old lumber yard near the middle of Denton caught fire and by that point there was what Pyrah called “mass ignition.”

“There’s about two blocks there that we just literally had structure-to-structure ignition from the amount of radiant heat,” Pyrah said.

By 9 p.m. Wednesday night crews from around the state that responded through the mutual aid call had finally caught the head of the fire and things looked better.

“There was a lot of great efforts and it looks bad, but it could have been a lot worse,” Pyrah said. “Kudos go to the fire departments and those folks that showed up. They did a yeoman’s effort. At the end of the day … I’m sorry for the structural losses, but we didn’t lose a human life. And at the end of the day, when that thing rolled through town, I wasn’t sure of that outcome.”

By Friday there were 177 personnel on the fire, in addition to a large and informal response from Montana communities near and far. The nearby Hutterite community quickly sent water tankers and family and friends from all over the state were helping clear debris.

“If there's a silver lining in all of this, it’s seeing how Montanans help Montanans out,” Fergus County Sheriff Rick Vaughn said.

Tom Kuglin of the Montana State News Bureau contributed to this story.

The Denton Fire Relief Fund was opened with an initial deposit of $2,500 and there's an additional $5,000 in matching funds.

'You can’t kill little towns like this': Denton starts long recovery after wildfire

Grant funding announced this week from a nationwide emissions settlement with Volkswagen will go toward installing new electric vehicle charging stations in Montana.

The funding comes through a partnership with the Centers for Disease Control and Prevention and the state Department of Public Health and Human Services.

The amnesty period ended Wednesday, and the companies that came into compliance had about 4,200 Montanans participating in their operations. 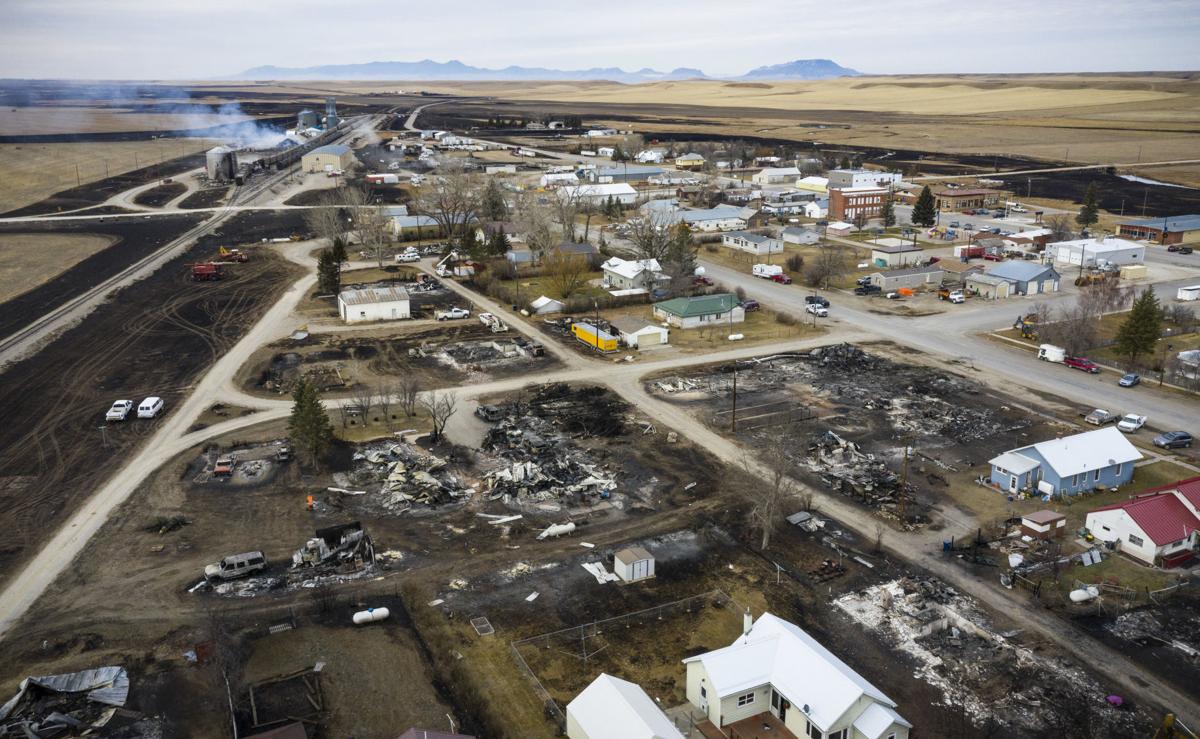 The West Wind fire burned through the town of Denton earlier this week leaving 25 residences in the area destroyed in its wake. 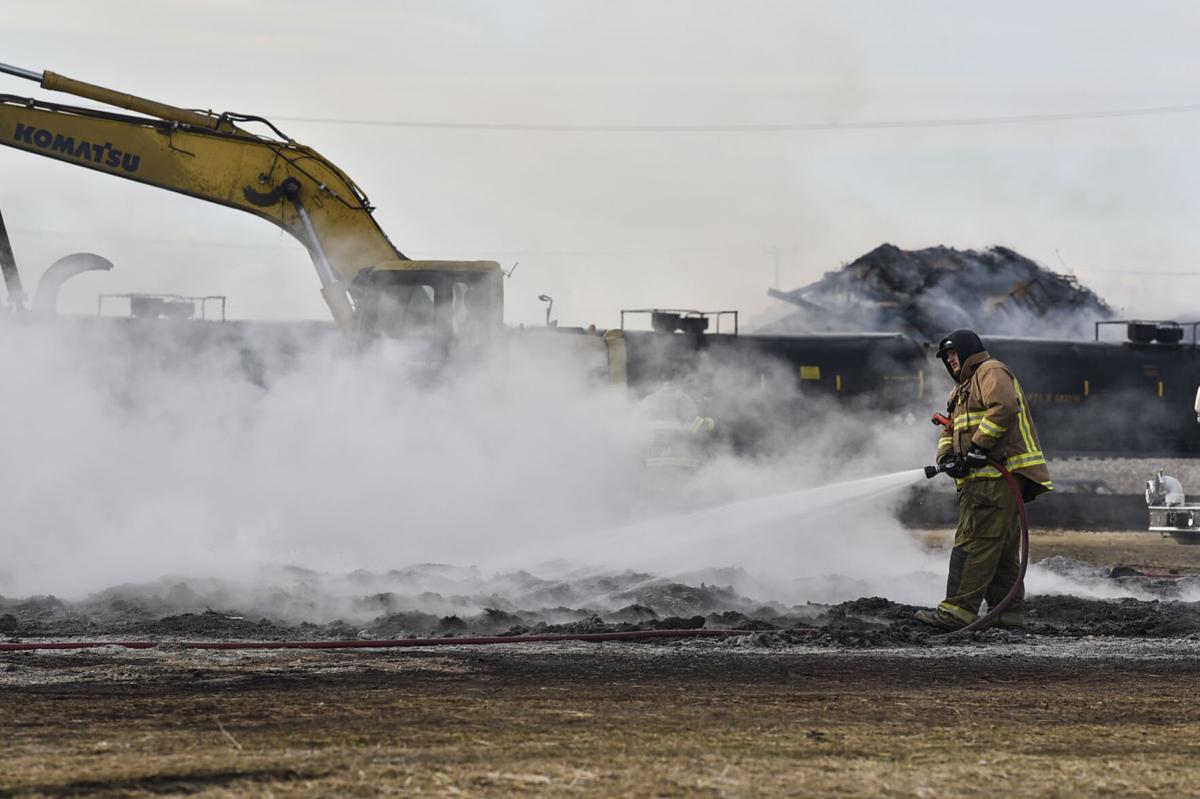 Firefighters continue to extinguish spot fires near the grain elevators in Denton on Friday. 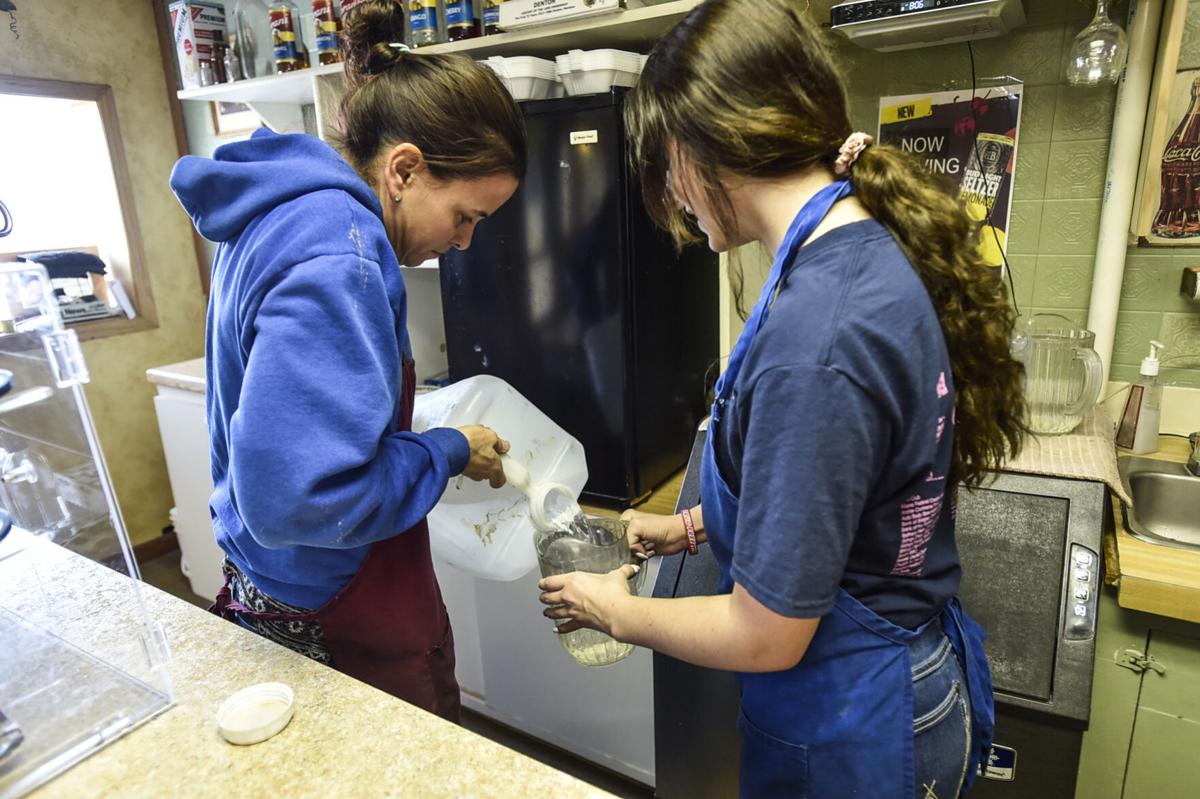 Brandy Barber and Jada Errecart pour water trucked into town on Friday to make coffee at the Shade Tree Cafe in Denton. 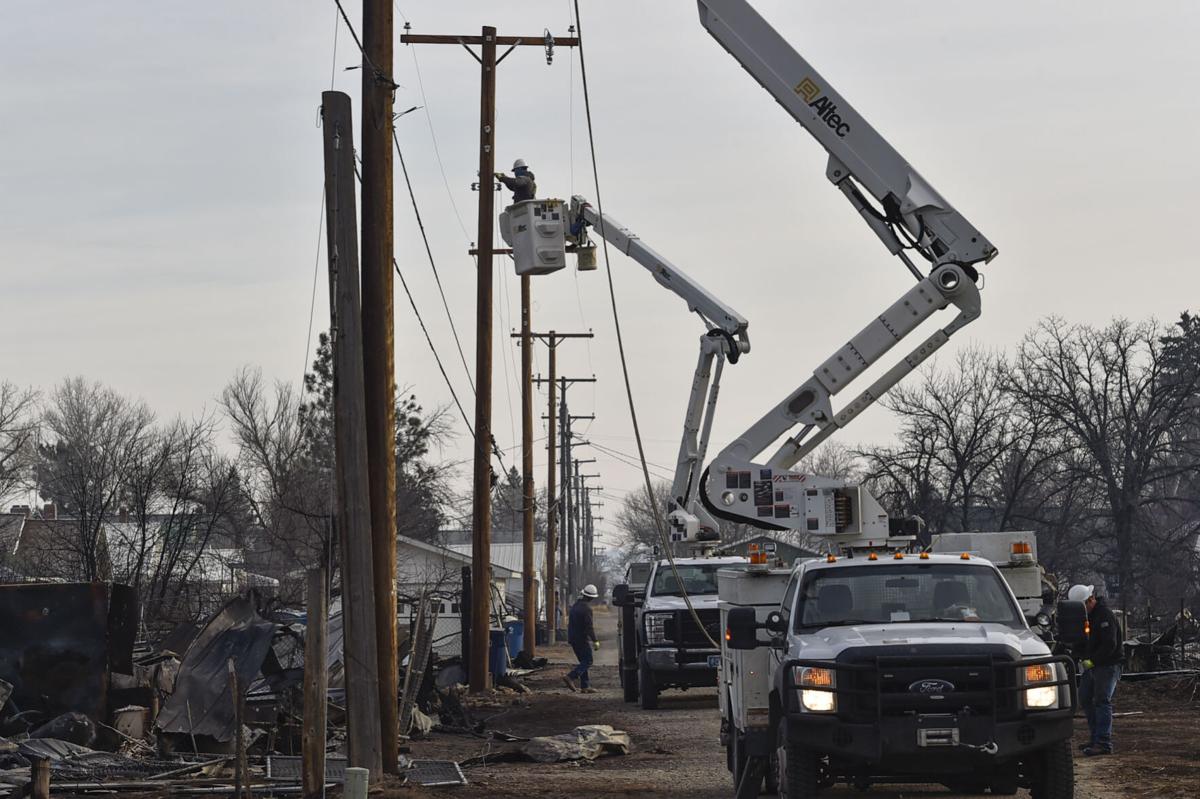 NorthWestern Energy technicians work to repair power lines and restore power to the town of Denton on Friday. 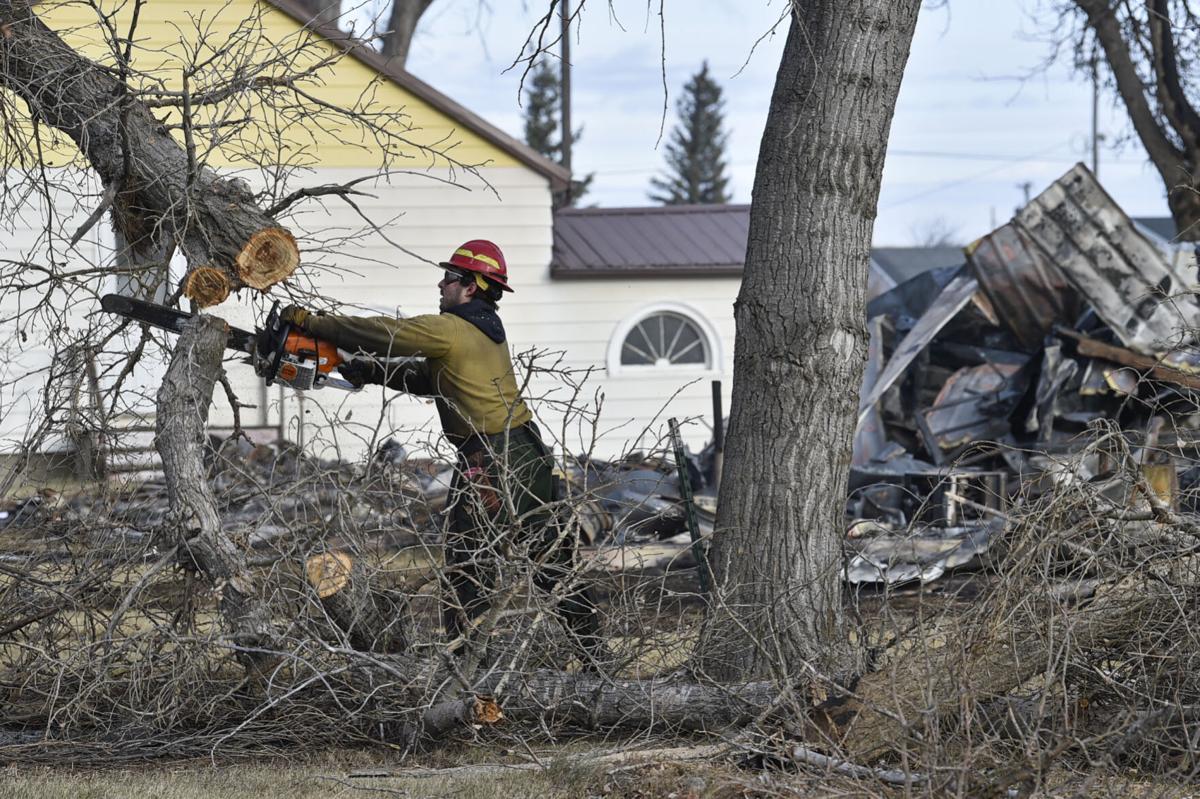 A firefighter with Grayback Forestry cuts down a burned tree in Denton on Friday. 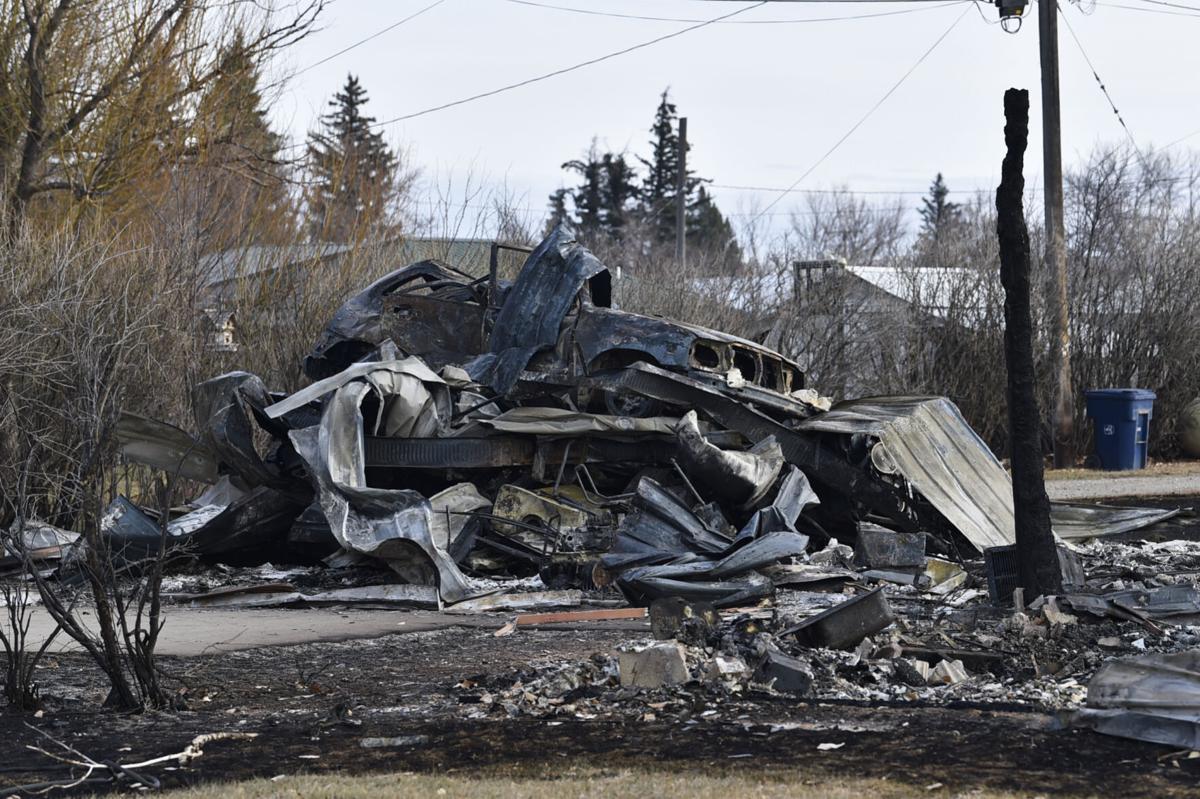 The remains of a house burned by the West Wind fire in Denton on Friday. 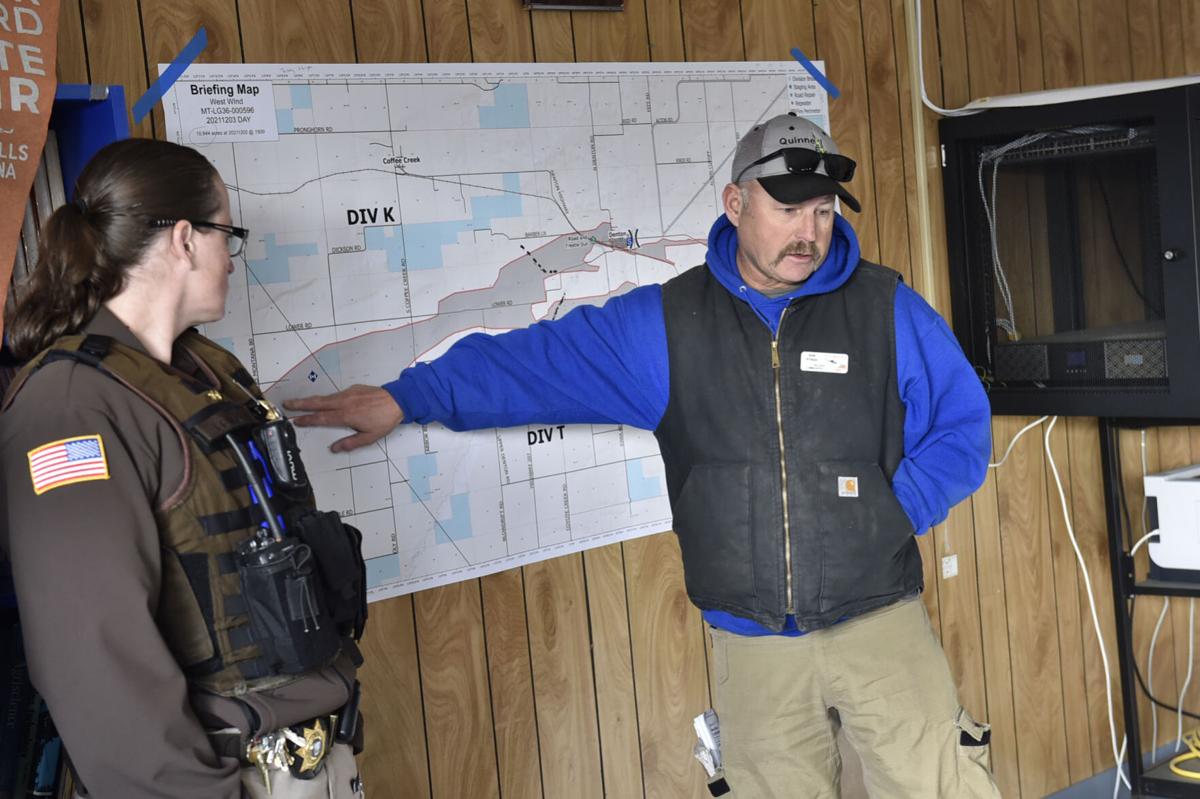 Don Pyrah leads a briefing on the West Wind fire at Denton Public School on Friday. 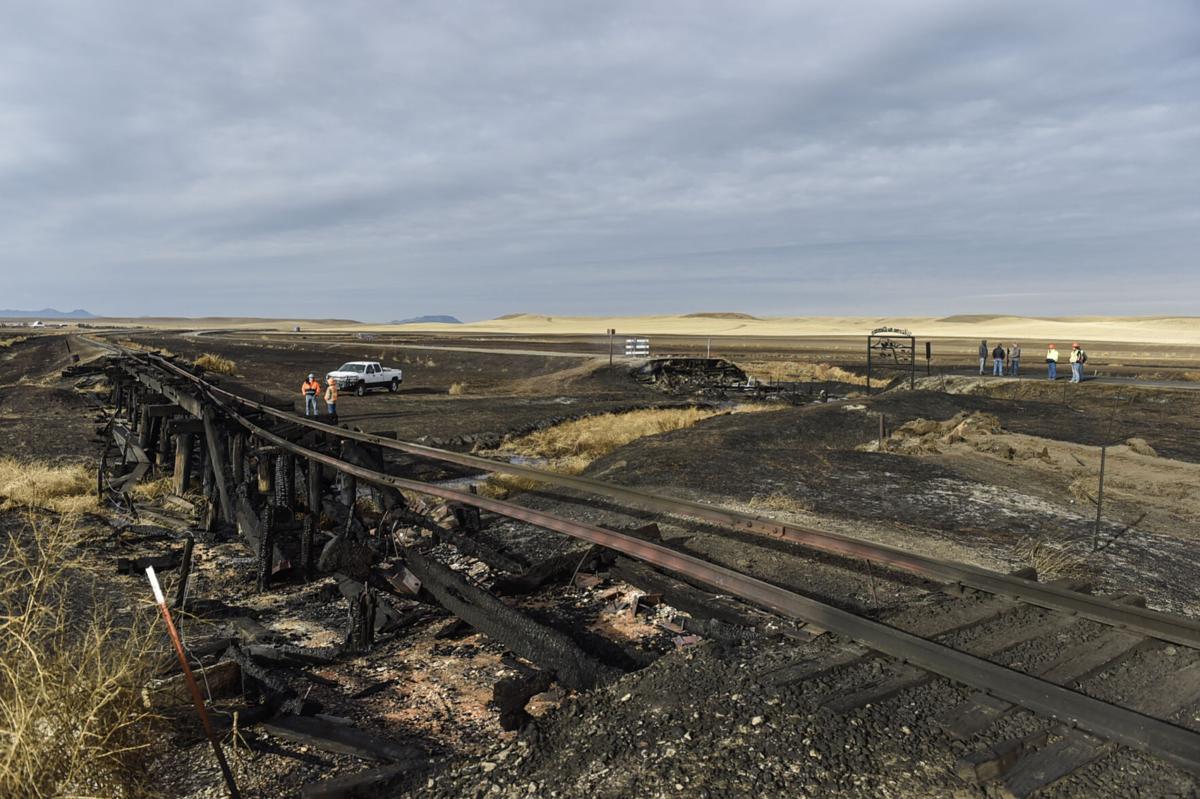 The railroad truss and Highway 81 bridge west of Denton are inspected by Montana Department of Transportation officials on Friday after being burned by the West Wind fire. 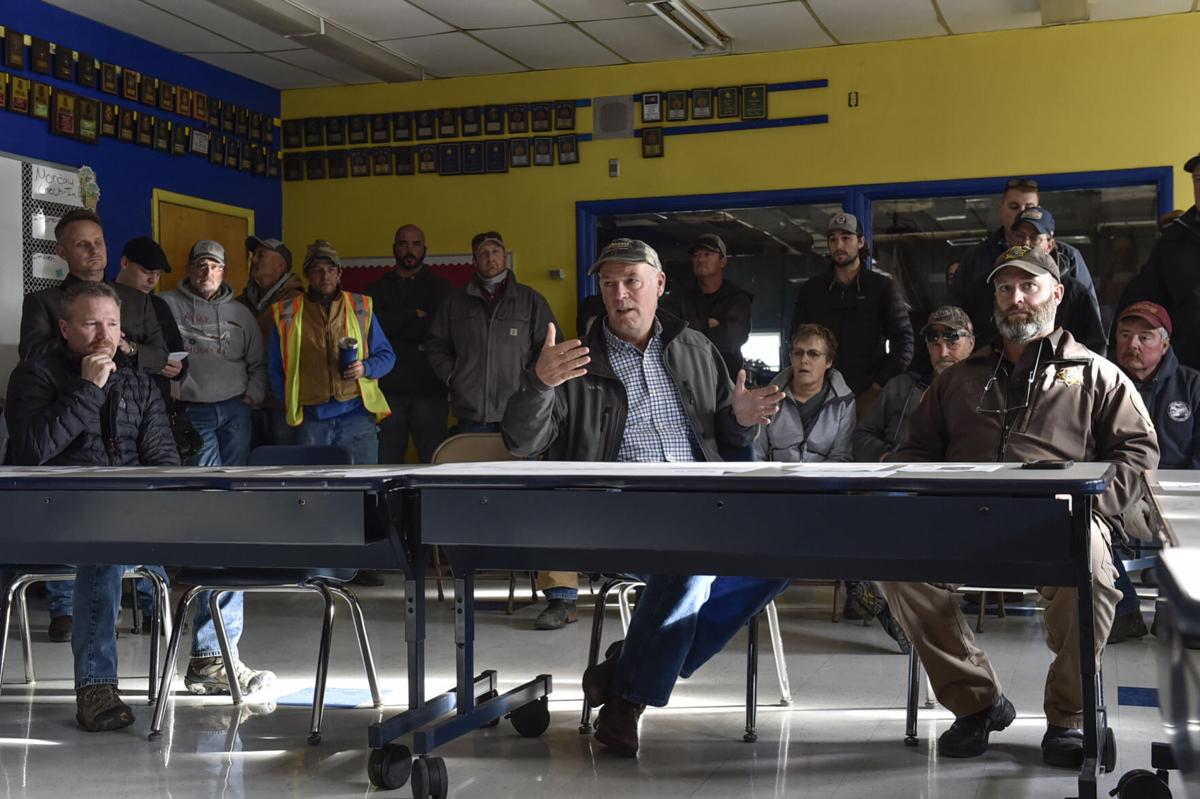 Gov. Greg Gianforte, center, speaks at a briefing on the West Wind fire on Friday at Denton Public School.