The Cathedral of St. Helena was among numerous buildings and vehicles in the area that were recently vandalized, police said Monday.

Officers were still responding to calls for service concerning the criminal mischief, Helena Police Department Lt. Cory Bailey said in an email Monday. He did not have estimates for the amount of damage caused or the number of vehicles and buildings that were marked.

This is at least the second time in a week that a Helena church has been vandalized. The First Presbyterian Church, located across the street from the Cathedral of St. Helena, was damaged either late May 9 or early May 10, church members said.

As the Cathedral of St. Helena bells rang 10 a.m. Monday, Charles Dyce, a maintenance worker for the cathedral, stood outside the south entrance of the church shaking his head in disbelief.

“It's ridiculous. Nobody has any respect,” Dyce said. “My feeling is the people inside is what builds these churches, people should have respect for everyone else.”

At one point a group of five passersby gathered on the sidewalk and shared their collective disgust with the vandalism.

One woman driving by rolled down her window to say, “I hope they catch whoever did this.”

While running errands downtown Monday morning, Chad Christiansen saw the vandalism out of the corner of his eye. He stopped, took a picture and posted a photo of the vandalism on Facebook, where it has been re-shared across Helena classified groups.

“It doesn’t matter what your religious beliefs are, you don’t disrespect a sacred place like this,” Christiansen said.

According to the archdiocese of Helena communications director Dan Bartleson, the graffiti was not present on the Cathedral of St. Helena during church services on Sunday. Bartleson said the church, at 530 N. Ewing St., will carefully remove the graffiti and it could take some time. The stone and wood that was vandalized are carefully preserved and original to the church, thus the paint has to be removed carefully as to not damage these surfaces, he explained.

The archdiocese is not able to make an official statement at this time. Bartleson said Bishop Austin Vetter was out on Monday. However, Bartleson said they are working with police.

Anyone with information on possible suspects or damage to their property is asked to contact the Helena Police Department at 406-457-8865.

The Cathedral of St. Helena is in the heart of Helena and towers over Last Chance Gulch. Work on the the cathedral started in 1908. The first Mass was celebrated in the cathedral on Christmas Day, 1914, according to helenahistory.org. It was consecrated in 1924. Local mining magnate Thomas Cruse provided much of the funding to build it. Architect A. O. Von Herbulis modeled the cathedral after the Votivkirche in Vienna, Austria, which was under construction when he was a student in that city.

The Rev. Scott Wipperman of First Presbyterian Church said someone broke into his church at 535 N. Ewing St. a week earlier and broke several pieces of furniture and glass.

Kelly Craigle, an affiliate member of the church, estimated the damage at $20,000.

Wipperman said a knife jammed into the door was used to enter the church. He said a knife handle was found in the Cathedral of St. Helena parking lot the week before, and a knife blade was found in a door to that building. However, the person was not successful in entering the cathedral.

Wipperman said nothing was stolen from the Presbyterian church, but the person broke several pieces of furniture and caused other damage. He said the doors could not be repaired and would have to be replaced. Several church members came in on May 10 and helped clean up the building in a few hours.

He said members expressed dismay that someone would do this to a church.

Phil Drake, Tyler Manning and Thom Bridge of the Independent Record contributed to this story.

The East Helena Public Schools board of trustees voted 5-2 on Monday to reconsider its policy that requires face coverings to be worn indoors.

Helena school board swears in trustees, hears from public on masks and vaccines

After its meeting last week was cut short, the Helena Public Schools board of trustees canvassed the school district's 2021 election results a…

The East Helena Public Schools board of trustees voted Wednesday to make face masks optional for everyone in school district buildings.

The Great Falls man accused in a fatal shooting near Fairfield on May 14 has been released from jail on bond, authorities said.

Cathedral of St. Helena vandalism suspect released on own recognizance

The 21-year-old Helena man who was arrested on suspicion of vandalizing the Cathedral of St. Helena and other property made his first appearan…

A third suspect has been arrested in connection with a vandalism incident that occurred at the Cathedral of St. Helena on May 17, according to…

Authorities have made two more arrests in connection with the recent vandalism to the Cathedral of St. Helena and other properties, making a t… 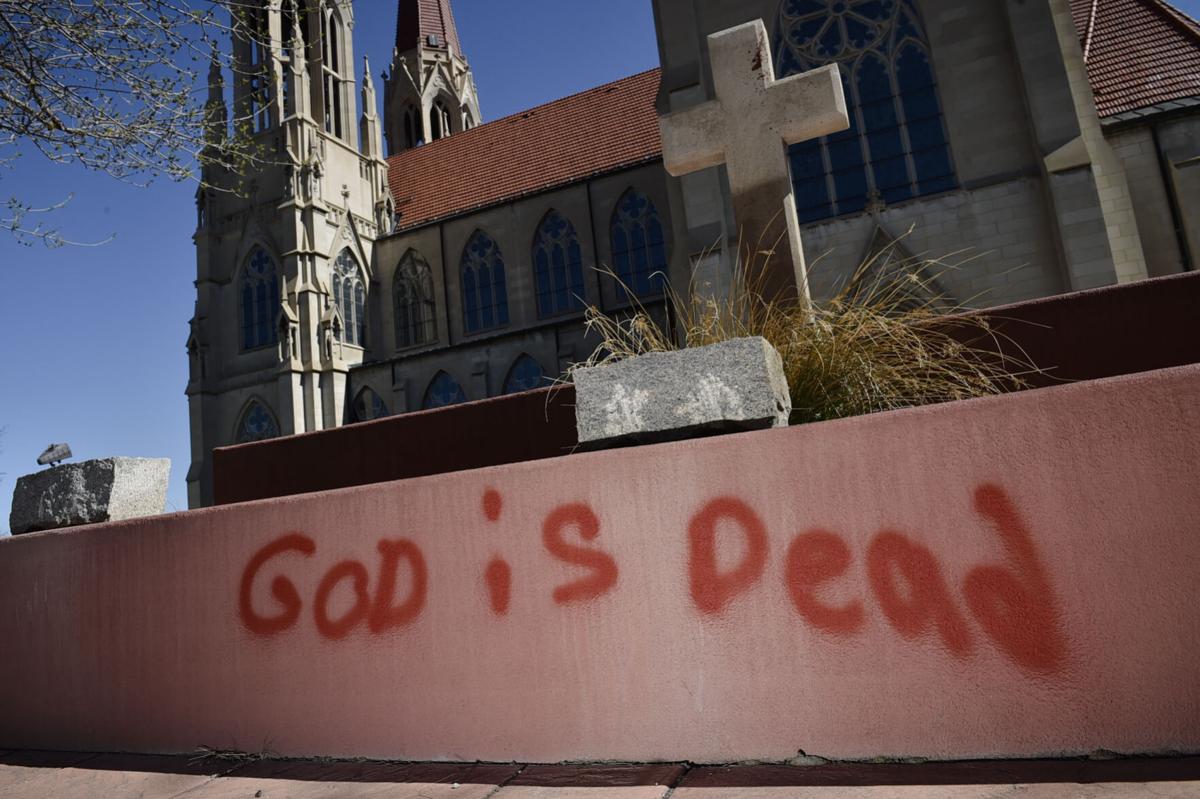 The Cathedral of St. Helena was among numerous buildings and vehicles that were spray-painted with symbols and words, police said Monday. 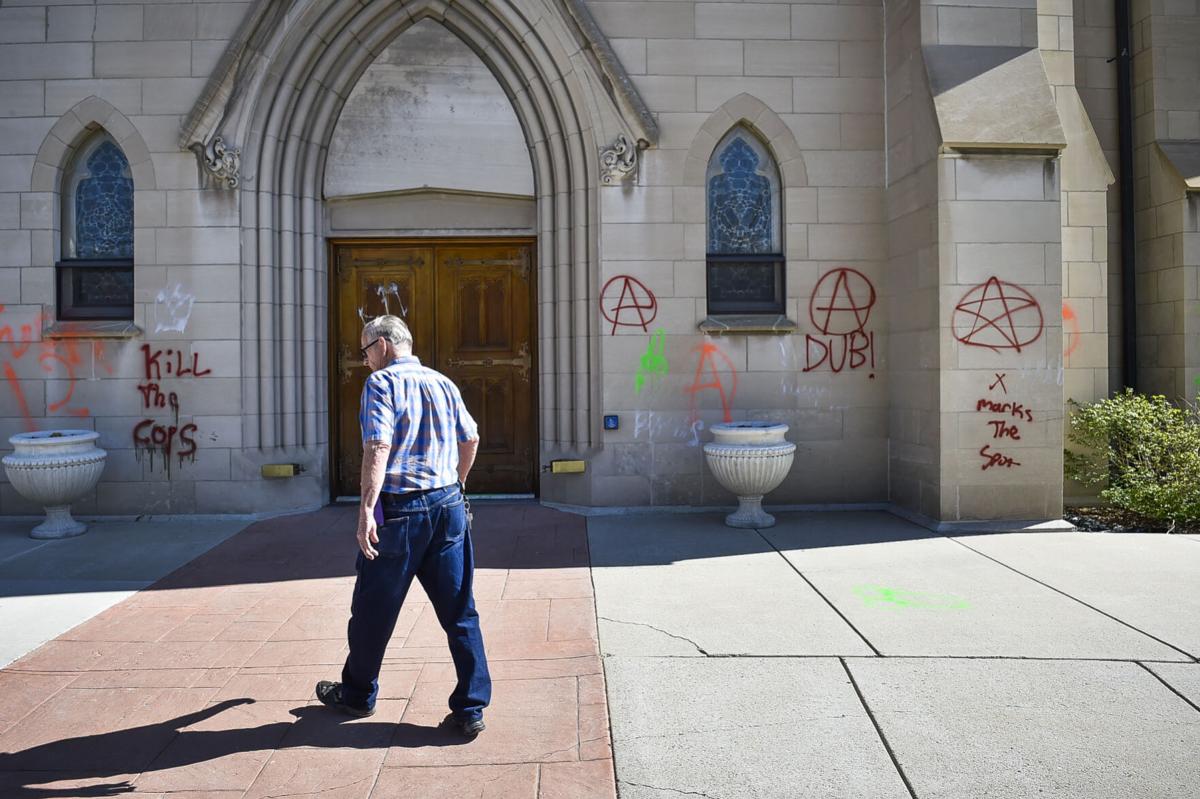 Charles Dyce, a maintenance worker at the Cathedral of St. Helena, walks past spray-painted vandalism outside the south entrance to the church on Monday. 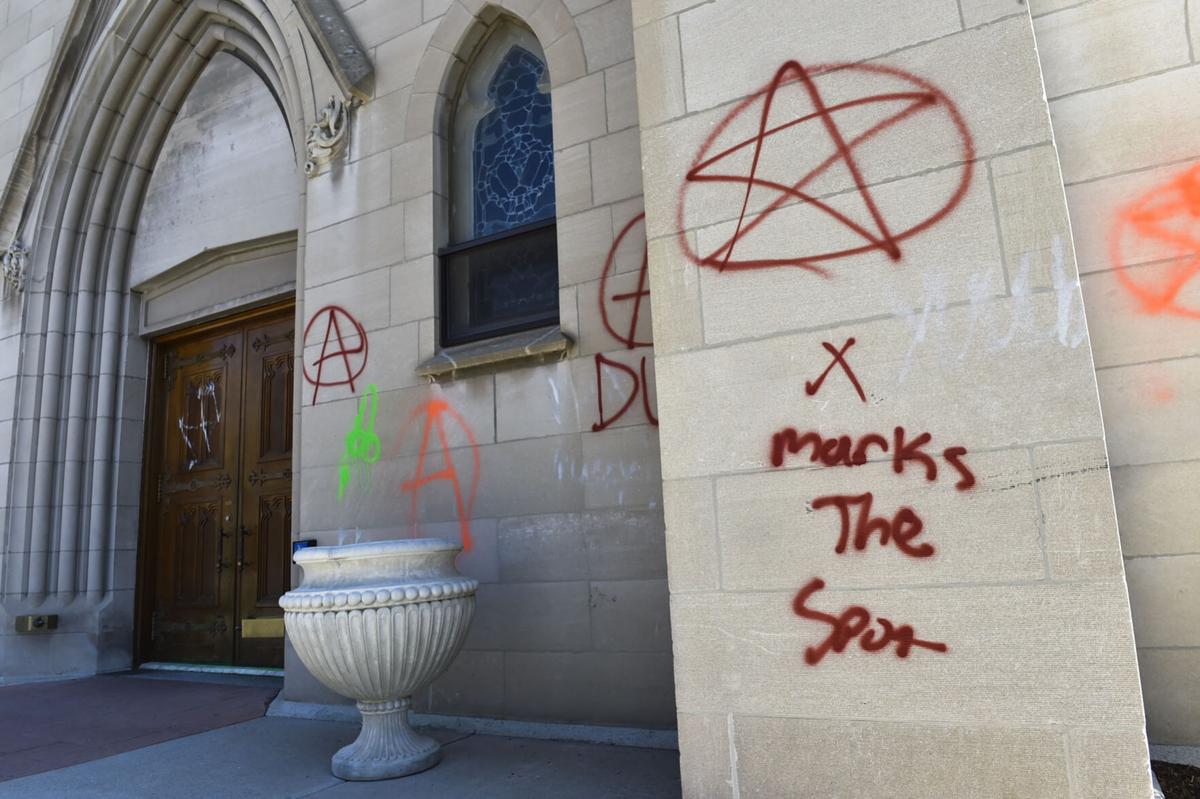 The Cathedral of St. Helena was among numerous buildings and vehicles that were spray-painted with symbols and words, police said Monday, May 17. 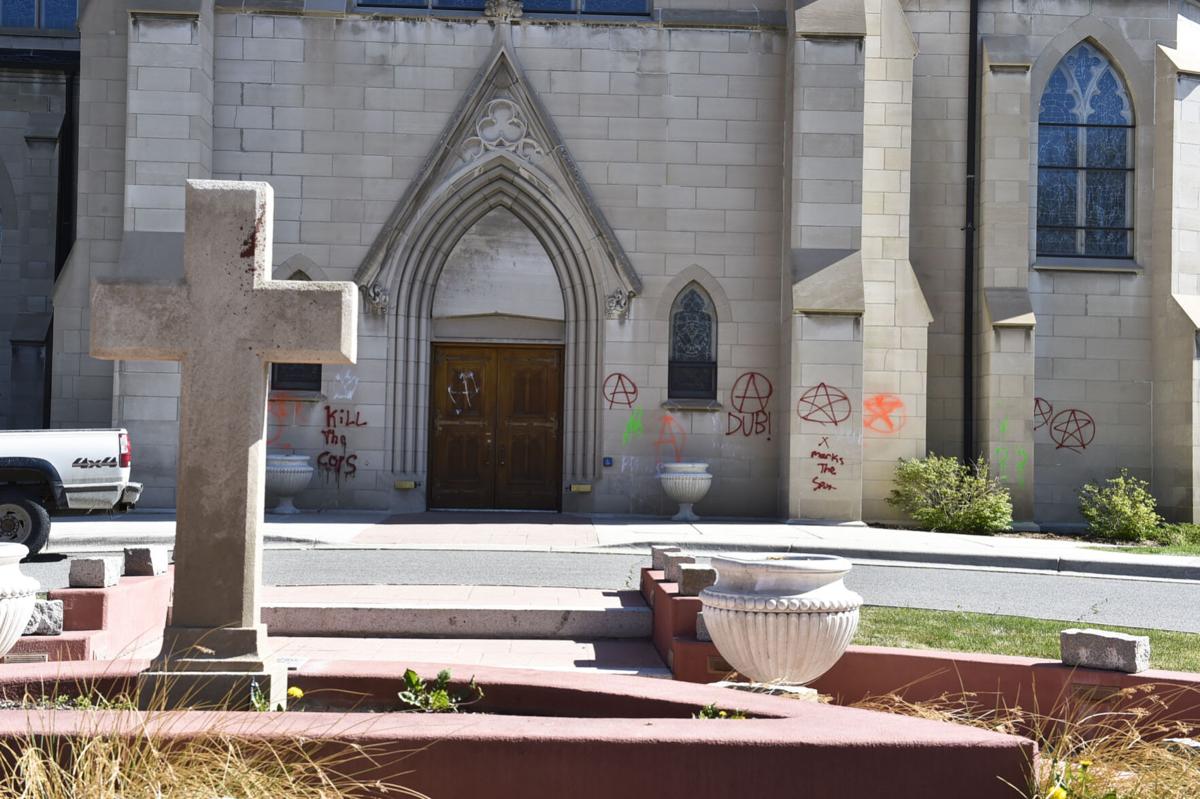 The Cathedral of St. Helena was among numerous buildings and vehicles that were spray-painted with symbols and words, police said Monday.

The communion table was tipped over and other damage was done earlier this month at the First Presbyterian Church.