Curtis Shuck remembers a rush of emotions a few years ago when he came across his first “orphaned well” while walking through a field in the Kevin-Sunburst Oilfield.

Shuck, who was no stranger to oilfields, said he was there that day discussing grain with a farmer when they came across a well that had been abandoned.

“I had no idea that this was even a thing,” he said, noting he had more than 30 years of experience in the oil and gas business. “I just thought this was everybody’s dirty little secret.”

He recalls feeling amazed, embarrassed and appalled all at the same time. Shuck said he could not get the image out of his mind and felt it was incumbent upon him to do something about it. Shuck said he learned it’s a huge problem, not only in Montana, but in other parts of the country as well.

He started the Well Done Foundation, a nonprofit group that caps wells across the nation. He said the organization is “making an impact in Montana and across the U.S., one well at a time.”

“Every well is a victory and milestone,” he said.

He said abandoned wells force farmers to dodge piles of oilfield trash left behind that have become wards of the state.

Well Done has plugged 14 holes so far, contracting with oil riggers and others to do the work. The first well was plugged on April 22, Earth Day, in 2020.

Shuck said he learned of the impact the wells have on climate change, especially in terms of methane gas, which he said is 84 times more potent than carbon dioxide.

“Quickly those numbers add up in terms of impact,” he said.

“What he has done has been real helpful to us,” said Jim Halvorson, administrator for the Montana Board of Oil and Gas Conservation, which he said already had an orphaned well plugging program.

Halvorson estimates there are about 200 orphaned wells in Montana, noting the problem is not as big here as it is in some eastern states.

Alan Olson, executive director of the Montana Petroleum Association, said the organization is always appreciative of people plugging orphaned wells. Olson, like Halvorson, said the state has had such a program for 40 years financed through a resource indemnity trust fund and the association supports those efforts.

“If Mr. Shuck wants to come and plug a few on his own, we don’t have a problem,” he said.

According to the Well Done Foundation website, the Environmental Protection Agency estimates there are 2.5 million unplugged abandoned wells in the United States. That includes 31 states, emitting 7.2 million metric tons of carbon dioxide equivalent a year. They say that is equal to 798 million gallons of gasoline used, 1.54 million passenger vehicles for a year, or 7.85 billion pounds of coal burned.

Well Done says on its website that capping a dozen wells eliminates the carbon dioxide equivalent of 108,740 passenger cars over 10 years, 56.2 million gallons of gas burned, or 99,000 homes' energy use for a year.

It cost about $30,000 to cap a well. Shuck said the company is partnering with people and businesses such as oil companies to finance the project.

Well Done is 100% supported through donations and partnerships, Shuck said.

One person who donated was Fuyuki Fujiawara, a fund manger and investor based in Tokyo. He was the first international full-well sponsor who funded the plugging of an orphaned well, which was completed Oct. 15 in Toole County.

And in terms of support from the surface owners of the wells?

“The surface owners tend to be our biggest cheerleaders,” Shuck said.

He said Well Done has about 10 employees across the country working out of satellite offices including State College, home of Penn State University, in Pennsylvania.

He said Well Done also has a relationship, such as internships, with Montana Tech.

The company also uses a lot of contract support and crews.

There is a five-step process which includes the orphaned well being monitored and analyzed. A bond is posted and the well is adopted from the state. A budget is prepared and a campaign begins to raise the funds for plugging and surface restoration of the well.

“Once we hit the adoption button there are no givebacks or do-overs,” Shuck said.

A gel is pumped into the hole and then covered with concrete. Shuck said the hemp industry is incorporating the use of hemp into the cement design and Montana hemp will first be used in a well in Pennsylvania. On this recent Thursday in Toole County, the gel is pumped hundreds of feet below the surface. Cement is poured over it.

Once the wells are capped, a green, orange and white striped monitoring platform is placed nearby, where high-tech gadgetry and scientific equipment collects data on the emission of methane gas.

The units are affectionately called “Dorothy,” a nod to the hurricane-monitoring station from the movie “Twister.”

"What I love about this is that it works," Shuck said of the capping. "It is not nuclear physics, it is like plumbing."

Shuck talks about Well Done as he stands in a farmer's field on a recent Thursday morning northeast of Shelby in an area just off the Oilmont Highway. Directions to his work trailer are easy -- just go down the road a few miles until you come to trees on the right side of the highway.

He stands in a field by an abandoned well that he calls “Old Faithful,” because, as he says, “it is always doing its thing.”

Shuck is also meeting with a film crew working for a German media company. Well Done’s website has a long list of media reports from sources including The Washington Post, the BBC, The Pittsburgh Post-Gazette, Recycling Today, and, more locally, Yellowstone Public Radio and the Shelby Promoter.

“This is something that has gotten some significant traction,” Shuck said, in between fielding telephone calls. "It's very humbling."

He told The Washington Post he does not take a salary and the newspaper reported he describes himself as “a volunteer with a well-plugging habit.”

Shuck’s son, Keaton, is serving as project manager at the Toole County site.

Shuck, who clicks off the names of several states he will be visiting in the next few weeks, said the work continues.

“The goal is not to point fingers and lay blame,” he said. “We are an action-based organization and in true Montana fashion we felt it was important to get out there and roll up our sleeves and do something about it, and not just think about it.”

He says in a couple days he will be going to Ohio, Pennsylvania and New York. And Well Done is getting ready to plug its first well in Louisiana.

"It’s super exciting, but it all started in Montana," Shuck said.

"There is no silver bullet for climate change," he said. "But every little bit helps. Maybe this will inspire others to do the same."

"We're very fortunate to be the ones leading the charge."

The Montana Taxpayers Association will have its 100th annual meeting Dec. 8 at the Best Western Premier Helena Great Northern Hotel with forme… 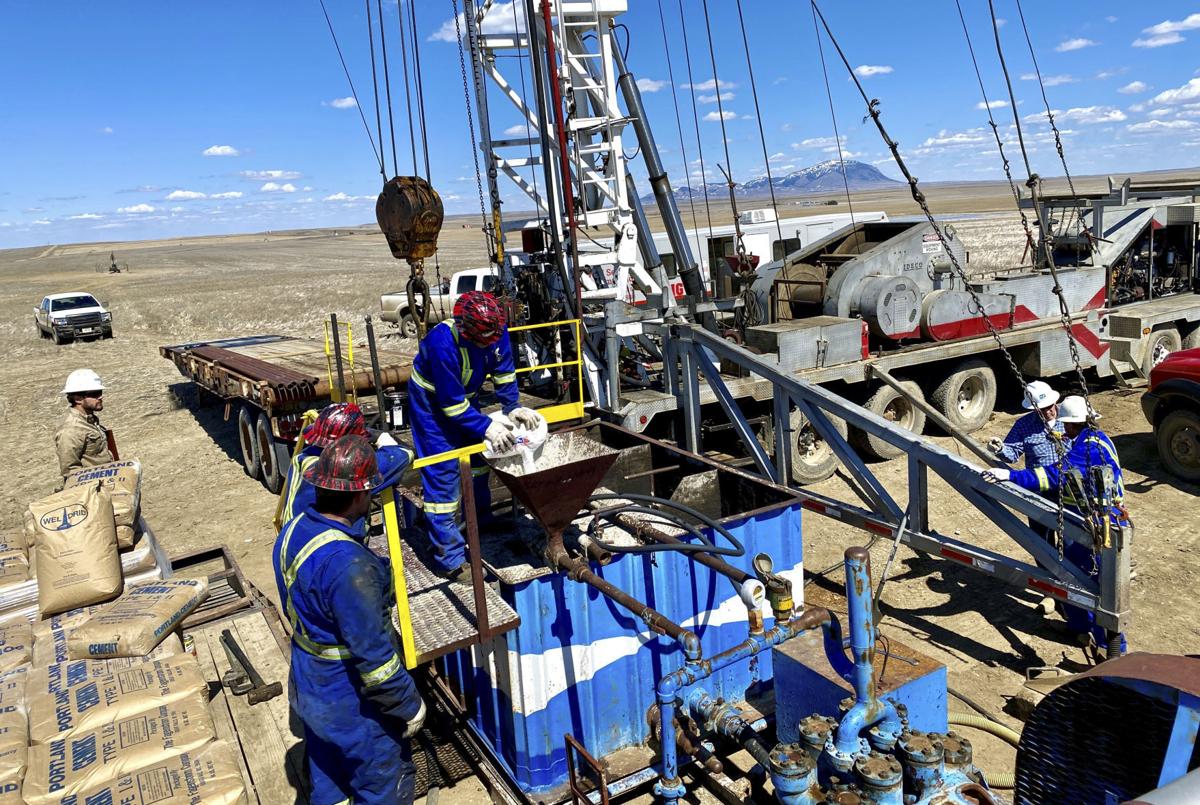 A crew works on an abandoned well for the Well Done Foundation. 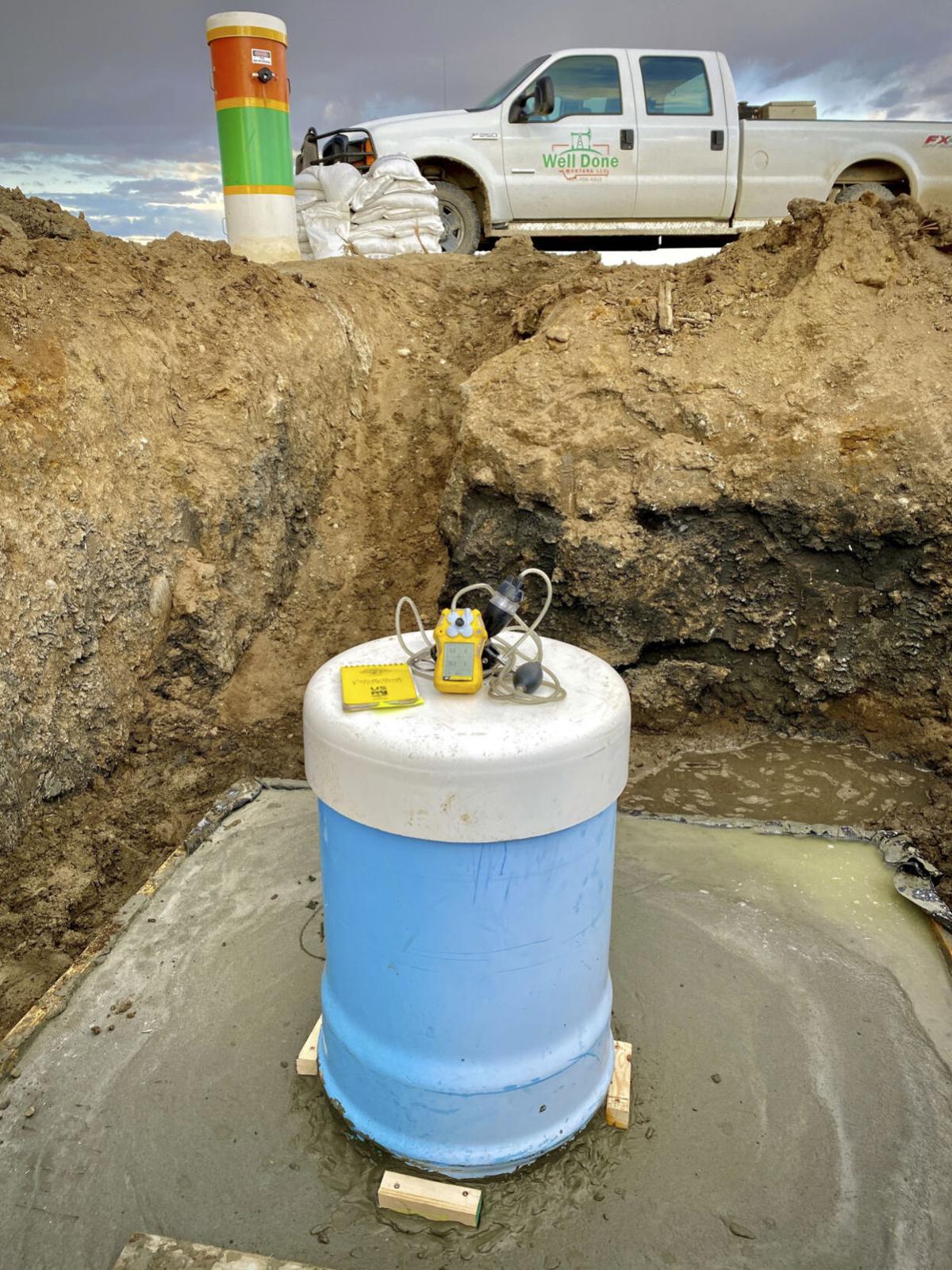 Monitoring stations are set up after wells are capped. 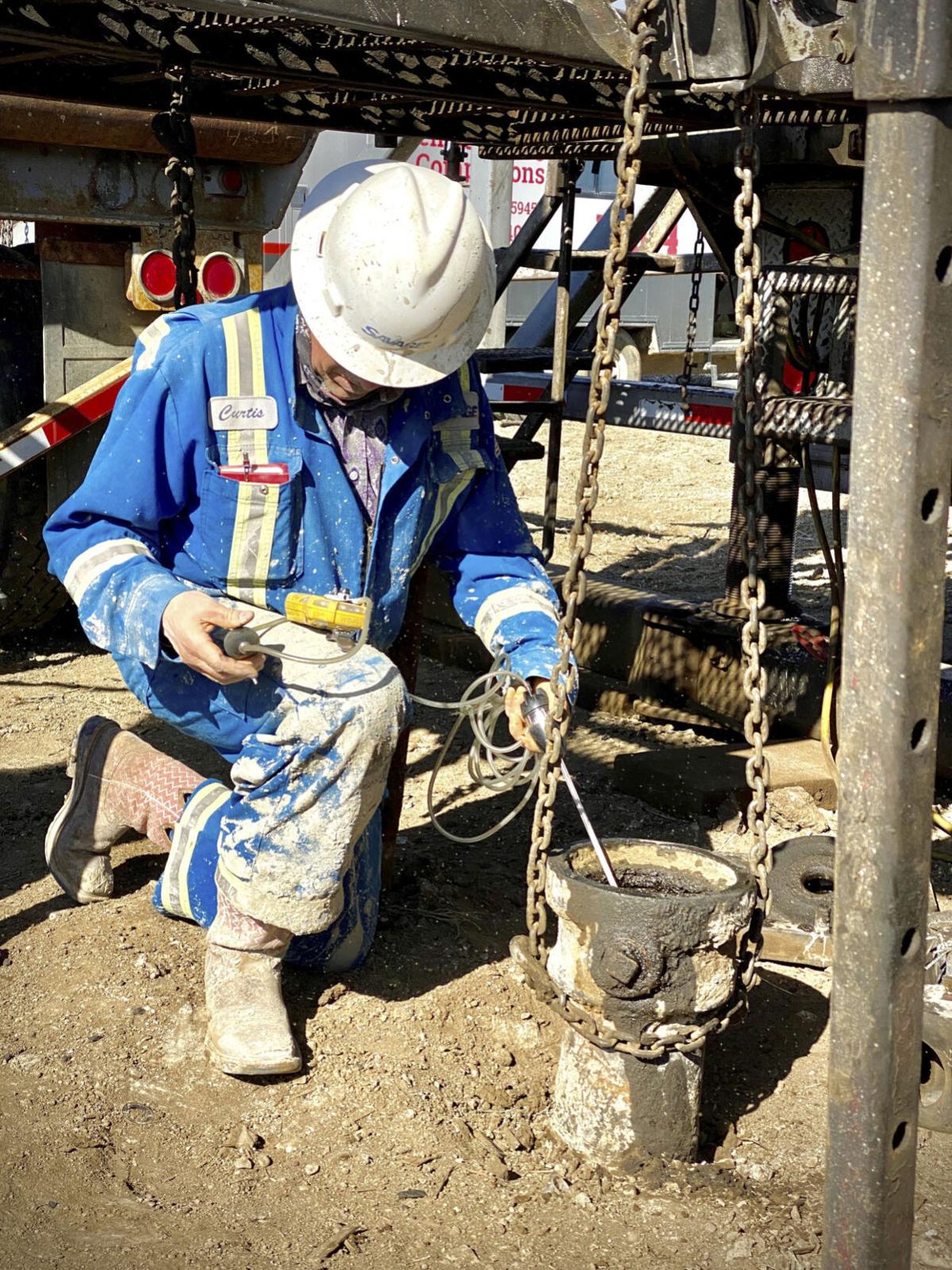 The Environmental Protection Agency estimates there are 2.5 million unplugged abandoned wells in the United States. 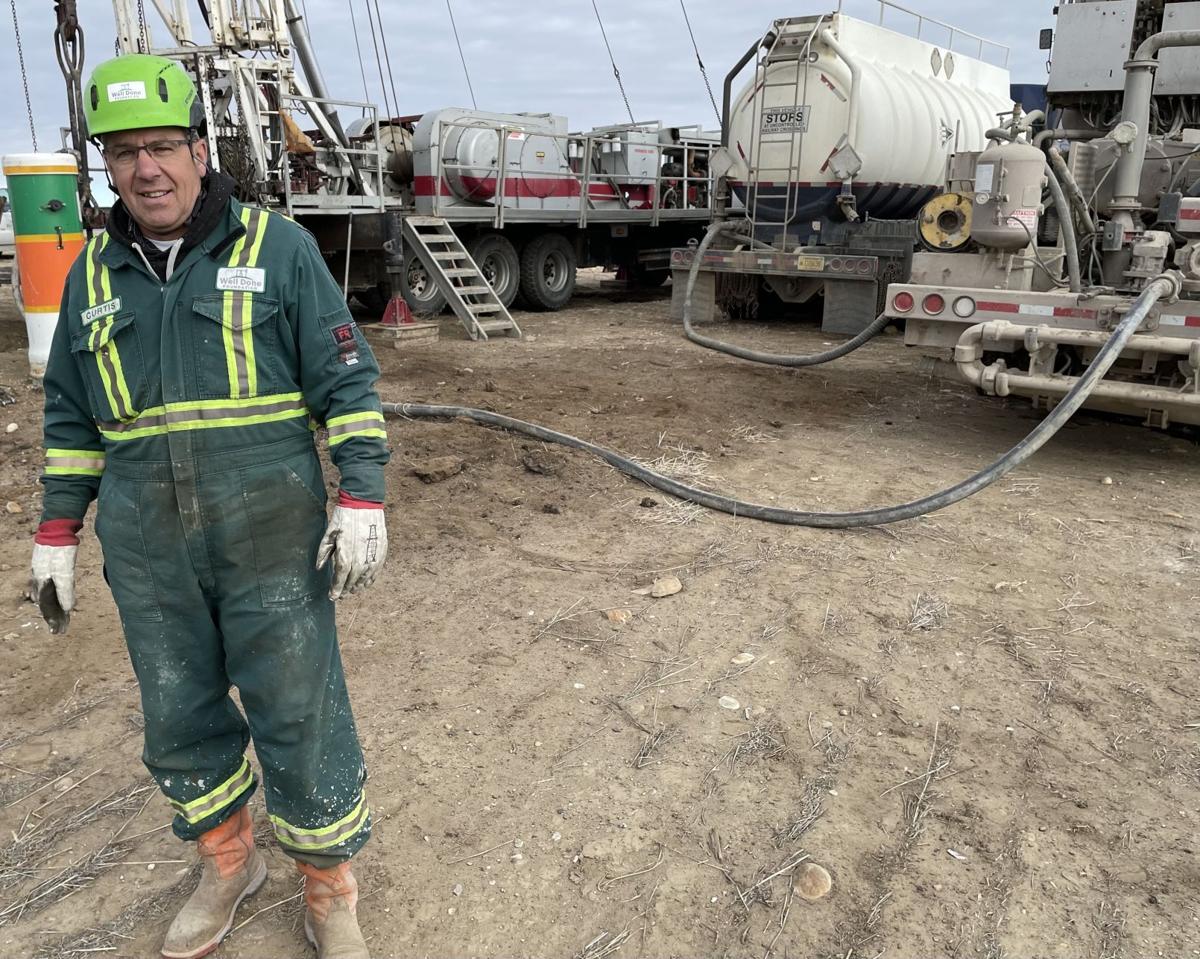 The Well Done Foundation is at https://welldonefoundation.org/