What: CHS students will be selling the first crop from their greenhouse. Varieties of tomato and pepper plants will be available. All proceeds will go back into the greenhouse project.

Cost: $3 per tomato plant and $2 per pepper plant

After completing a years-long greenhouse project, Capital High School students will hold a sale for their first crop this week.

The greenhouse on the CHS campus was constructed in 2019 by CHS teachers including science teacher David Tuss, special education teachers Heather Shippen and Laura Ortman, math teacher Ryan Swenson, shop teacher Eric Croft, and several students who were part of a summer pre-employment transition services program. According to Tuss, the group had help from at least two volunteers, Larry Comer and Josh Chisholm.

Once the structure was built, the team had to install electrical and water hookups. The initial plan was to have the greenhouse operational by the spring of 2020, but that was put on hold following the cancellation of in-person instruction due to the COVID-19 pandemic.

Following the fairly recent completion of the 20-by-24-foot space, the Green Club planted four varieties of tomatoes and three varieties of pepper plants as the first crop. Tuss said these are plants that are easy to grow and offer an opportunity for the students to learn the steps involved in large-scale growing operations.

"By growing these plants from seed, we all learned a lot about how much time, energy and attention to detail it takes to grow plants in our new greenhouse," Tuss said. "These lessons will certainly help us plan future projects."

This first crop will be sold as part of a fundraiser on Wednesday, starting at 11 a.m. and going until 3 p.m. The tomato plants are available for $3 and the pepper plants for $2. The students have grown over 300 tomato and 300 pepper plants. Donations will also be accepted at the fundraiser, and proceeds will go to a fund that will help further the greenhouse as a self-sustaining project. Tuss said the sale will be held on a first-come, first-served basis. Parking will be available in front of the greenhouse. The Spanish Club will also be selling tacos on-site and will be accepting donations as well.

According to Tuss, the greenhouse project was first conceived through an idea from the CHS Green Club. Members of the club decided they wanted to pursue the project back in 2016. At the same time, the special education department was considering a similar project for its pre-employment transition services students. In 2017, teacher and green-club sponsor Sarah Urban wrote a SMART Schools grant application through the Montana Department of Environmental Quality. The grants focus on green projects such as recycling, alternative energy and reduction of environmental footprint. Former Gov. Steve Bullock awarded the CHS Green Club grant money that spring.

The news that the students wanted to build a greenhouse eventually reached the special education department, which sparked conversation and eventually a collaboration between the two departments. Shippen and Ortman along with Tuss began working with school administrators and the district's facilities department to locate a site and order a greenhouse that would suit the needs of the Green Club. The greenhouse itself would be funded through the pre ETS funding through vocational rehab in 2018.

The greenhouse itself features 10-foot sidewalls and two double-door entrances that are ADA accessible to accommodate all students. It has electrical hookups to power two vents and large fans that are controlled by the building's thermostat. The building also had an electric powered ridge vent, indoor air circulation fans and lights along with 10 electrical outlets. Additionally, it is hooked up with running water, which is connected to an indoor sink and overhead hose system for watering. Tuss said they will continue adding features to the greenhouse to make it more functional and usable for educational opportunities as time goes on.

"The greenhouse was constructed as a functional space to serve a variety of purposes and all students at CHS. One of the main uses of this space is for pre-employment transition services whereby students can get on-site job skills training by working in this space," Tuss said. "Another use of this space is to have a place for students to learn about sustainable gardening and the biology of plants through various projects conducted in their science classes."

According to the teachers who helped bring the project to life, the greenhouse helps students learn vocational skills. Caring for a plant requires a lot of responsibility and things have to be done on a certain timeline. They said this teaches students to be responsible and attentive to the needs of the plan. Additionally, it teaches students the value of growing their own food and what goes into the process.

"By growing these plants from seed, we all learned about how much time, energy and attention to detail it takes to grow plants in our new greenhouse," Tuss said. "These lessons will certainly help us plan future projects."

As the project continues, the CHS green club plans to grow seasonal items in the space for an annual sale. The is in addition to lessons and ways the greenhouse will be incorporated into the classroom. There are also plans to eventually develop a hydroponic or an aquaponic system to grow plants. The project leaders are also looking into ways to make the greenhouse less dependent on power from the electrical hookups and more independent. Some ideas include rain barrels to collect water for plants, passive solar heating panels and solar electricity generation for the fans and pumps.

In addition to the greenhouse, science teacher Tom Caffery has been working with the Helena Community Garden to secure a plot that can be used by students during the summer months. The hope is that eventually plants grown in the greenhouse can be transferred to the outdoor space. Caffery is also working on adding a composting component to the project so the Green Club can compost food waste at the school.

Next week's Reverse Vigilante Day Parade has been relocated to the Lewis and Clark County Fairgrounds.

Veteran Montana educator Susie Hedalen will take over as the new superintendent of Townsend School District in July.

Radley Principal McMahon hopes to leave a legacy of collaboration

Radley Elementary School Principal Joe McMahon is set to retire this summer after a near 40-year career in education.

Gus Somerfeld hopes to continue his predecessor's legacy as the next principal of Radley Elementary School in East Helena.

One injured in reported accidental shooting near Helena

A man who accidentally discharged a firearm in a moving vehicle near Helena Wednesday morning was taken to the hospital with a gunshot wound.

Helena students are optimistic about today's Vigilante Day Parade, despite significant changes to the format.

As Helena College graduate Ben Barnard received his degree Friday evening, his girlfriend and a few faculty and staff members were the only pe… 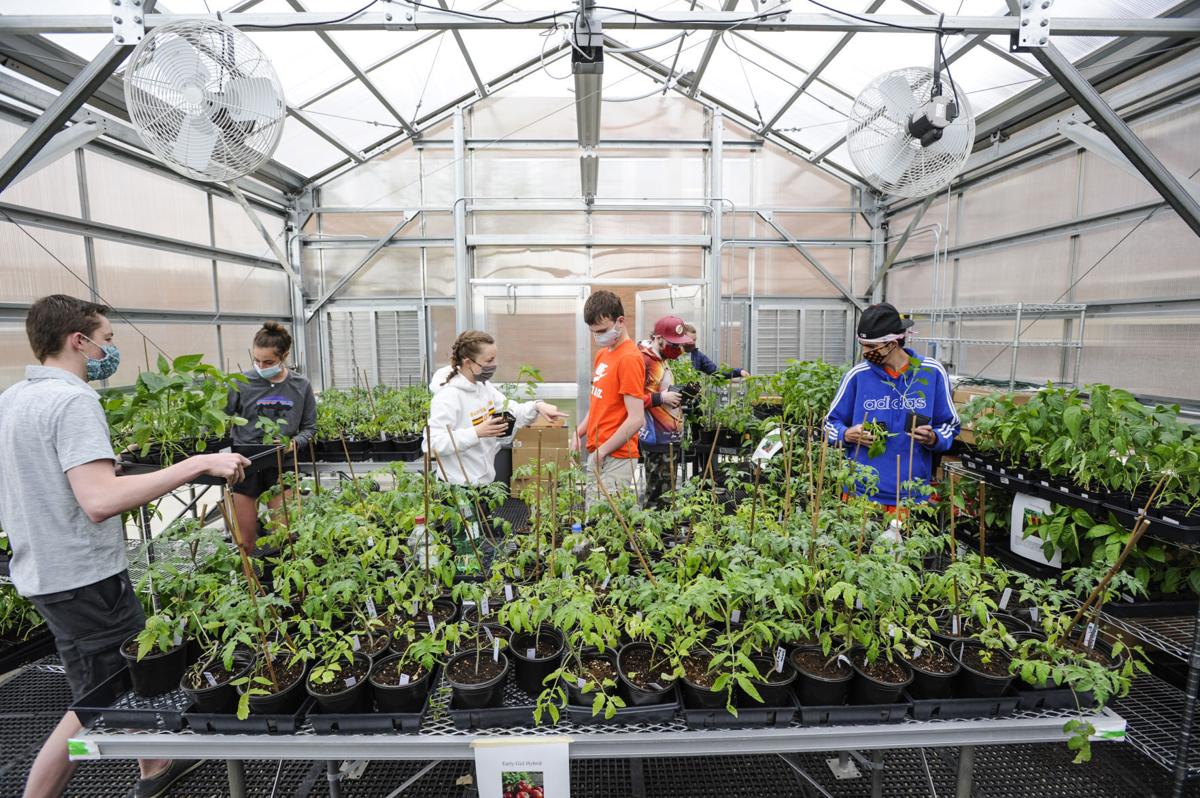 Students from the Green Club and Employability class work in the new Capital High School greenhouse on Thursday morning. 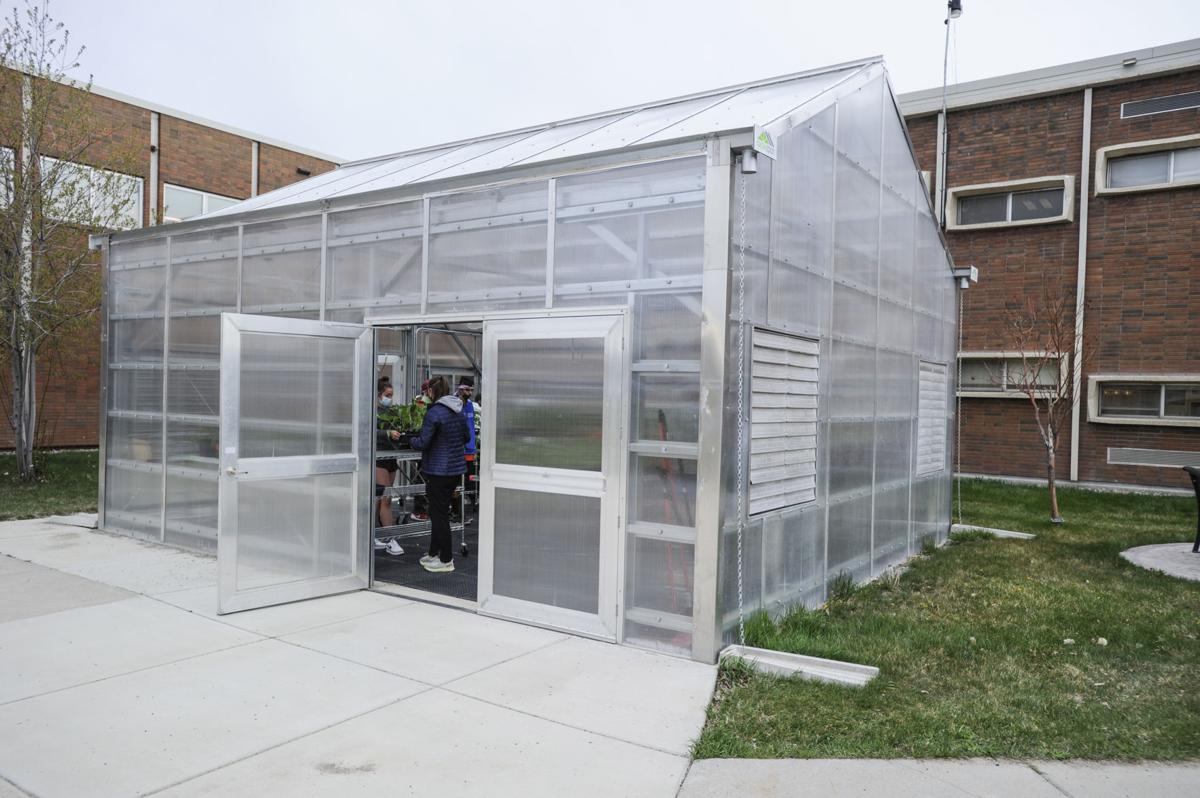 The greenhouse on the CHS campus was constructed in 2019.