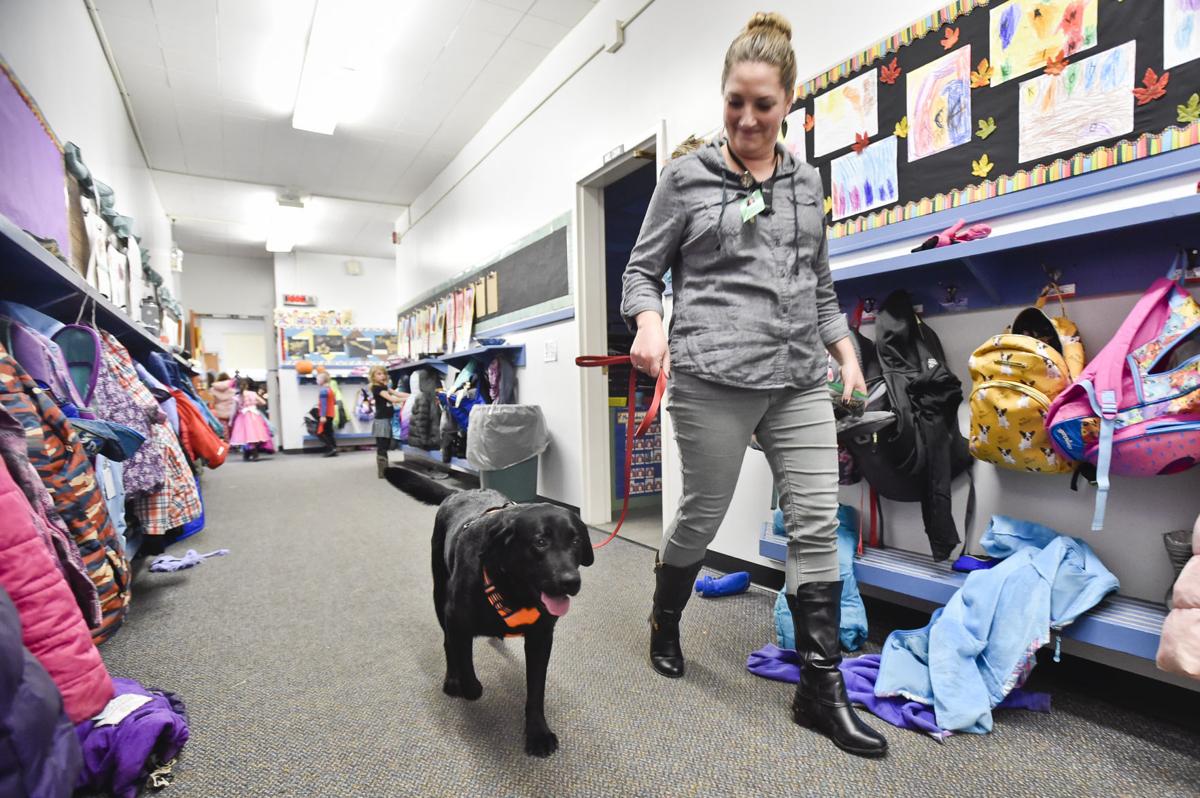 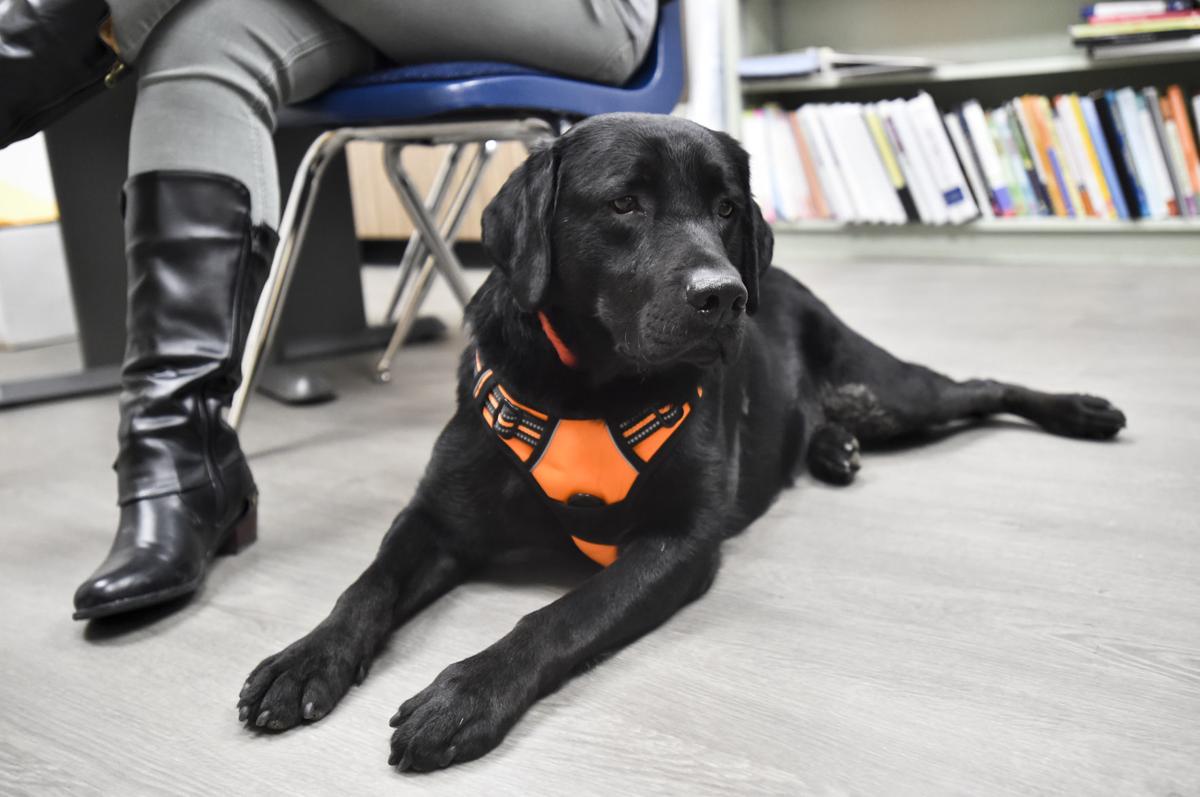 Solo has a job to do as Broadwater Elementary's new facility dog, pictured here at the school.

Solo has a job to do as Broadwater Elementary's new facility dog, pictured here at the school.

There is a new staff member walking the halls of Broadwater Elementary School in Helena, and his name is Solo.

Solo is a 3-year-old black Labrador retriever and acts as the school's new facility dog. His owner is first grade teacher Meghan Cohn, who initially suggested the idea to Broadwater's new principal Laura Conwell. Cohn got the idea from East Helena's Radley Elementary School and its facility dog Governor.

"My dad is the principal at Radley and they've been doing it for four years," Cohn said. "With Laura coming in as the new principal, I saw an opportunity to get it started."

It was the years of success with Governor that opened the door for Solo. Cohn was privy to just how successful Governor had been when addressing the social and emotional needs of students. Conwell said Broadwater has a high population of students with greater social and emotional needs. When Cohn approached her about a facility dog, Conwell was ready to give it a try.

"I was on board. I was going to try whatever it takes for these kids," Conwell said. "What we were doing was not working."

Facility dogs like Solo are known to help children work through tough situations in which there would normally be an outburst. Cohn said Solo tends to have a strong calming effect on students and the facility is having fewer incidents as a result.

"I've had two full-blown outbursts with kids," Conwell said. "But he walks in and they calm down immediately."

Cohn said this behavior translates quickly to student peers and she has found that Solo's presence causes the "whole classroom to calm down a level." Solo is free to roam as he pleases throughout the facility, but if there is a student who needs calming, or needs the dog for any other reason, he is available to staff throughout the facility.

Cohn gives students jobs like feeding and walking Solo, and taking him on a bathroom break. She found these duties distract and calm the students and are helpful in getting compliance.

Solo was eased into his new job in early November. Conwell said it was important to her that Broadwater roll out the facility dog plan cautiously. School officials sought district, parent and staff approval before moving forward. Cohn and Conwell both said the staff at head office for the school district were very helpful and supportive throughout the process.

The district already has a policy on record for a facility dog. However, until now no school has utilized the policy.

Solo was a good facility dog candidate from the outset. His owner already taught at Broadwater, so transportation to and from the school wasn't an issue. Additionally, Solo lives at home with three young boys, giving him a good temperament for dealing with small children. However, this wasn't enough for Cohn, who sought out trainer Rochelle Timmer to work with Solo at his new role.

Timmer trains service dogs for a living, so working with Solo as a facility dog was not out of the ordinary for her. She saw Solo through K-9 Good Citizen training and helped ensure his temperament would be appropriate for the school setting. Cohn said Solo had very little that he needed to work on before Timmer was comfortable with him in the school setting.

Additionally, Timmer also spends times educating the students on dogs and how to treat them in an appropriate manner.

As Broadwater finds continued success with Solo's presence, Cohn is hoping to get the word out about what they're doing at Broadwater.

"We've had a few asking questions, wanting to visit and learn more," Cohn said. "I hope we can get to a point where every school has a dog."

After quietly announcing the program last year, Helena College has begun its second round of recruitment for the new 2+2 elementary education degree.

Broadwater Elementary is Helena's first school to get a facility dog

Helena judge reprimanded by discipline board over QAnon email

So kids that are allergic get to suffer???

Ah, yes, always a Debbie Downer in the crowd to show that no good deed will go unpunished.

You're awfully bold in assuming there are kids with known dog allergies there and the school just decided to ignore them. Quit looking for stuff to whinge about and go contribute to society.