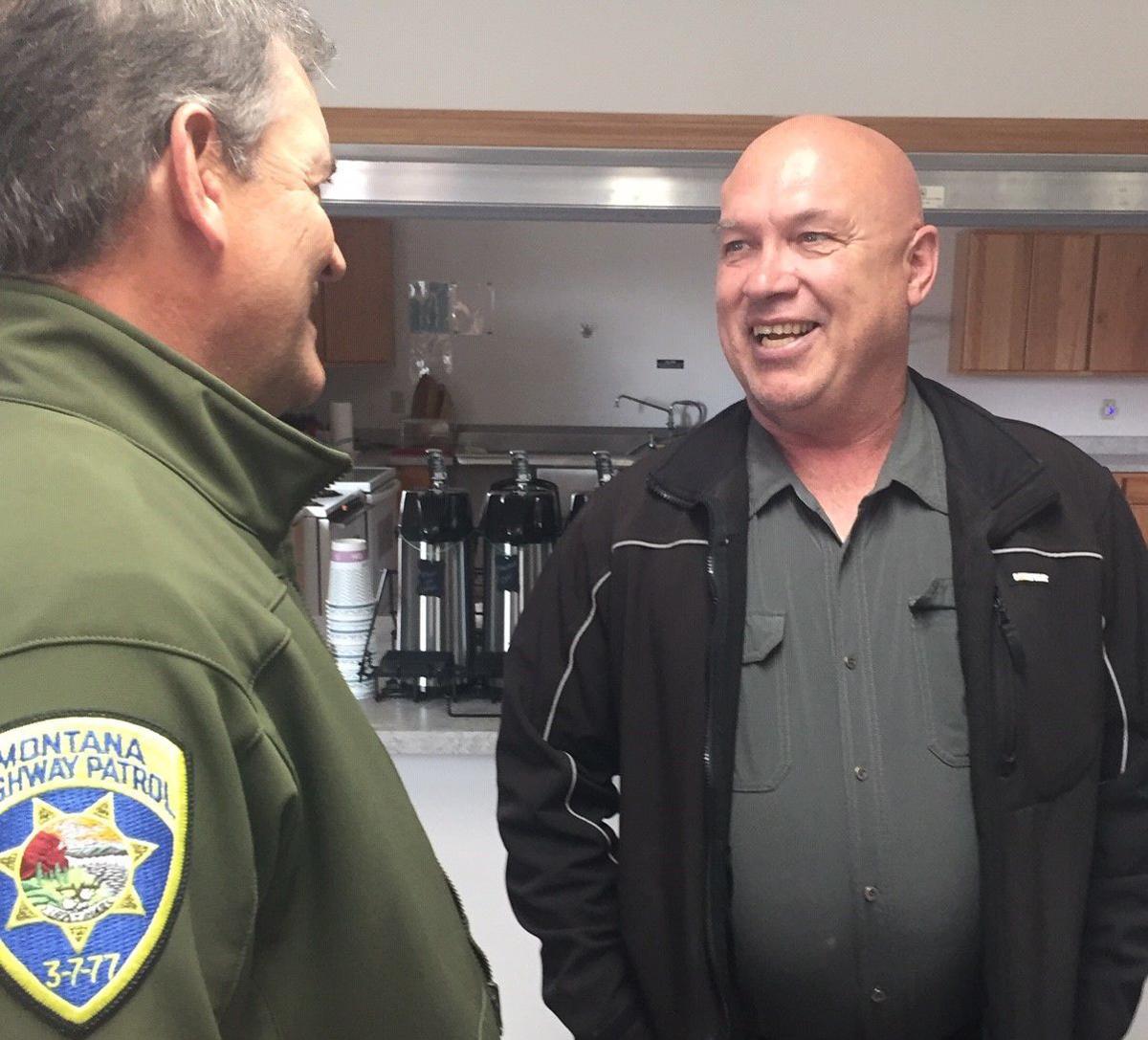 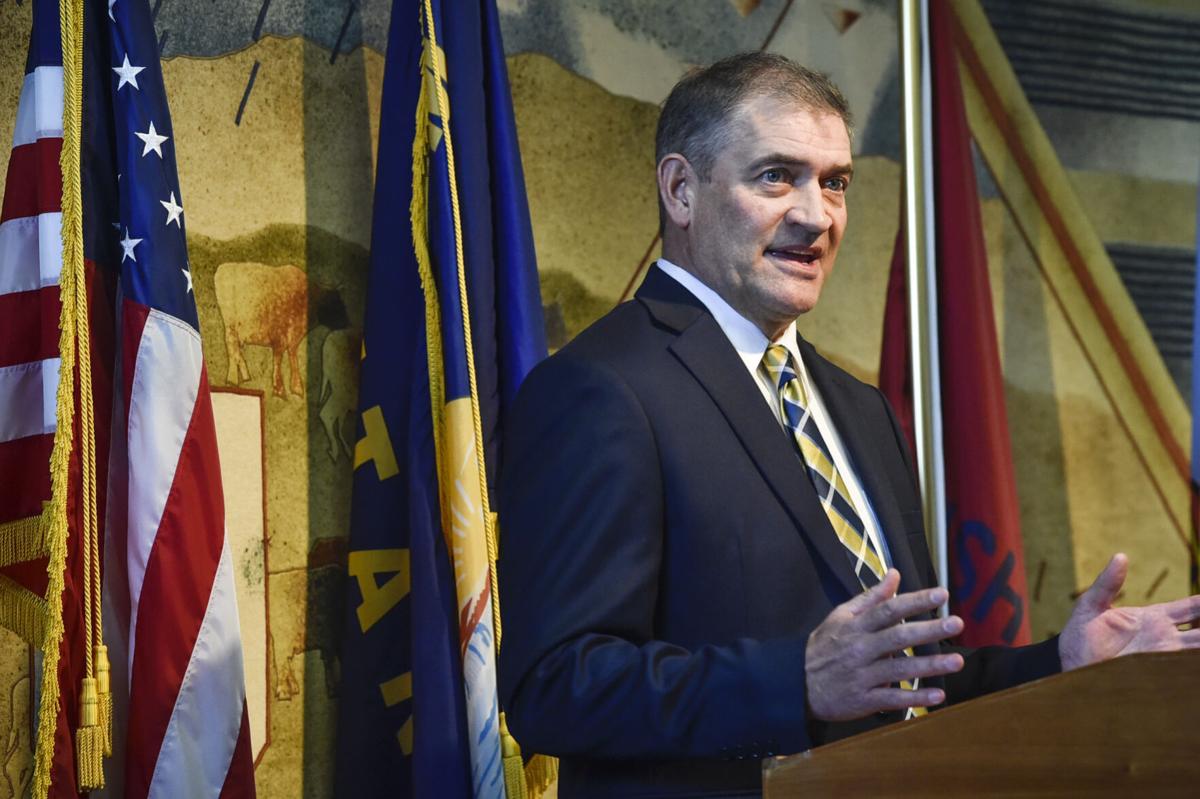 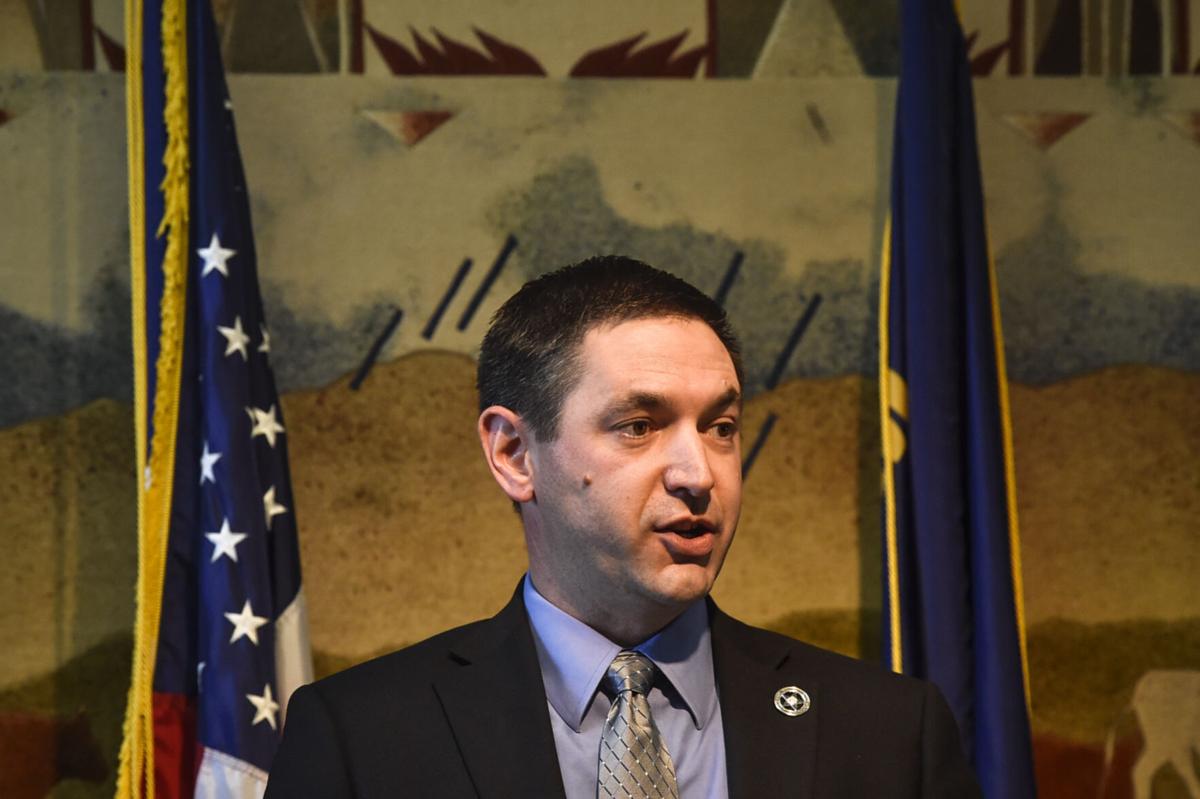 About 40 people gathered Thursday at the Jefferson County Fairgrounds in Boulder to welcome the Montana Highway Patrol as the town's newest residents.

“This is a done deal,” Attorney General Austin Knudsen said. “The highway patrol is (officially) coming to Boulder.”

The MHP and attorney general’s office met with Boulder officials and residents for about an hour at what was billed as a “Coffee with a Cop” event. The state recently announced it was moving the MHP headquarters from rented space in Helena 30 miles south to the state-owned 48-acre Montana Developmental Center campus in Boulder, which has sat vacant for several years.

Earlier this month, Gov. Greg Gianforte signed an executive order stating the Department of Justice will be responsible for the MDC property, except for the 12-bed Intensive Behavior Center run by the Department of Public Health and Human Services.

Mayor Russell “Rusty” Giulio said it was a great opportunity to “utilize a facility that is second to none.”

“I’m here to say ‘thanks for coming in. Welcome to the community,’” he said.

State officials said they plan to move about 25 members of the MHP headquarters staff in June, but said Thursday there would likely be more.

MHP Col. Steve Lavin, who began at the post in January, said the department had outgrown its Helena office space. He said he told his supervisor, Chief Deputy Attorney General Kris Hansen, about the problem.

“It’s amazing we got it done so quick,” he said, adding that being welcomed so warmly by the community has made the transition easier.

Officials noted that even though the Boulder campus sat empty, the state was paying $1 million a year for maintenance. They note the move out of a rented facility to a state-owned property also saves money for taxpayers.

MDC was Montana's only residential facility for people with developmental disabilities that provided 24-hour care for those with the most severe behaviors or severe self-help deficits. The 2015 state Legislature passed a bill, which closed MDC and moved its 52 residents to community-based settings within a couple of years.

The administration building in Boulder is about 30,000 square feet, nearly four times the size of the current Helena site. There are other structures on the campus. Officials said they see potential for using the campus for training of troopers.

Knudsen, who took office in January, said he toured the Helena headquarters, saw the space issues and noticed the roof leaked.

“That made the case,” he said, adding Hansen served as the “ramrod” to push to move forward.

“Even I am amazed how quickly we got this done,” Knudsen said. “The stars just aligned here.”

Boulder residents said the MHP relocation was very much appreciated.

“I think it’s a great opportunity for the community,” said Dawn Smartnick, a high school teacher. “It will bring something meaningful to town.”

She joked she did not know how the students would react to an increased highway patrol presence, but added the town would like it.

Jan Anderson, former publisher of the Boulder Monitor newspaper, said she was grateful they found a use for the old MDC buildings.

“It would be a shame to let them sit empty,” she said.

Jefferson County Commissioner Bob Mullen said he hoped there would be more jobs than the 25 that will first come to town.

And he was also happy for the MDC campus.

“They finally found a purpose for it,” he said.

A Helena man was arrested in connection with a robbery at a local bank Friday afternoon.

MHP Sgt. Zach Freeman honored as officer of the year

The Helena Exchange Club honored Montana Highway Patrol Sgt. Zach Freeman as its officer of the year during a luncheon Thursday.

Gov. Greg Gianforte has signed an executive order paving the way for the Montana Highway Patrol headquarters to move from Helena to Boulder.

Lewis and Clark County is shifting its COVID-19 vaccine distribution plan from centralized drive-thru clinics to a mobile approach, as vaccine…

The Missing Endangered Person Advisory for Walker Hurlburt has been canceled.

The Helena-Lewis and Clark National Forest, along with the city of Helena, plans to conduct prescribed burning this week on 100-250 acres arou…

In a brief dated April 23, state attorneys said the video was found among some old files in a desk at the Miles City MHP office.

The closure of the Montana Developmental Center in Boulder received a mostly positive report in a recent state audit.

The Montana Highway Patrol move to Boulder will now be sometime in August, an official said. 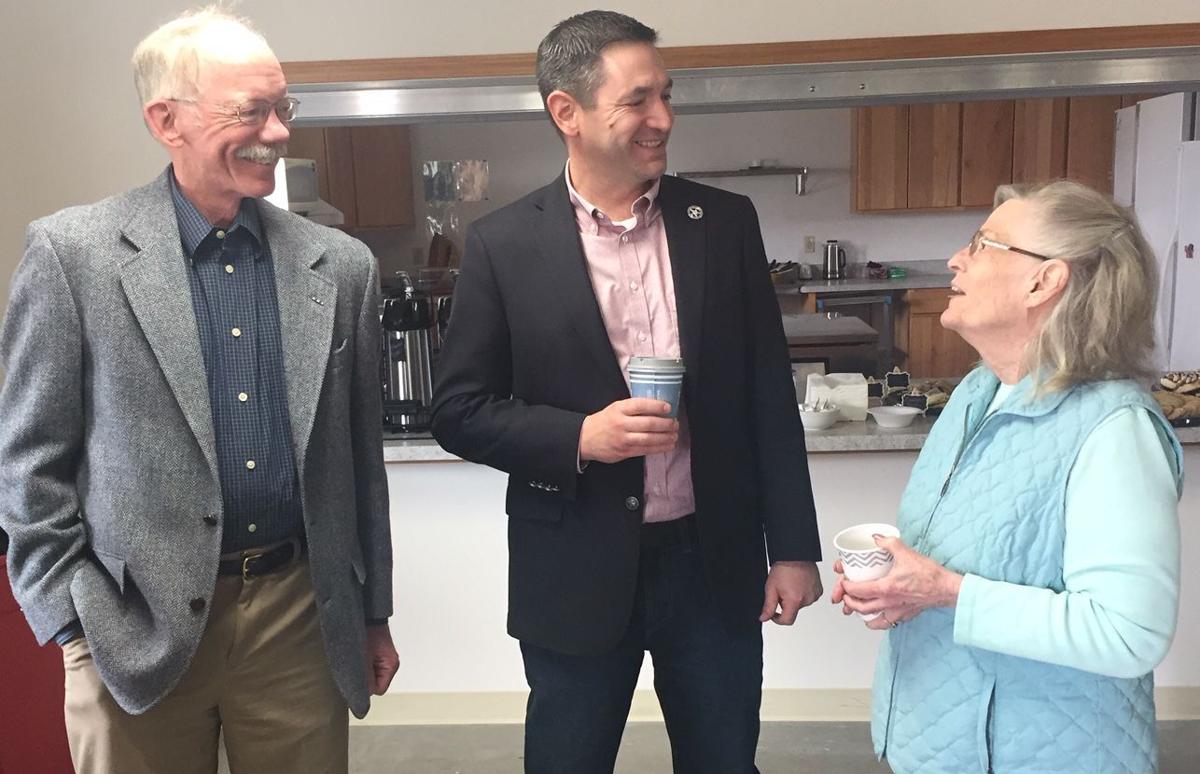 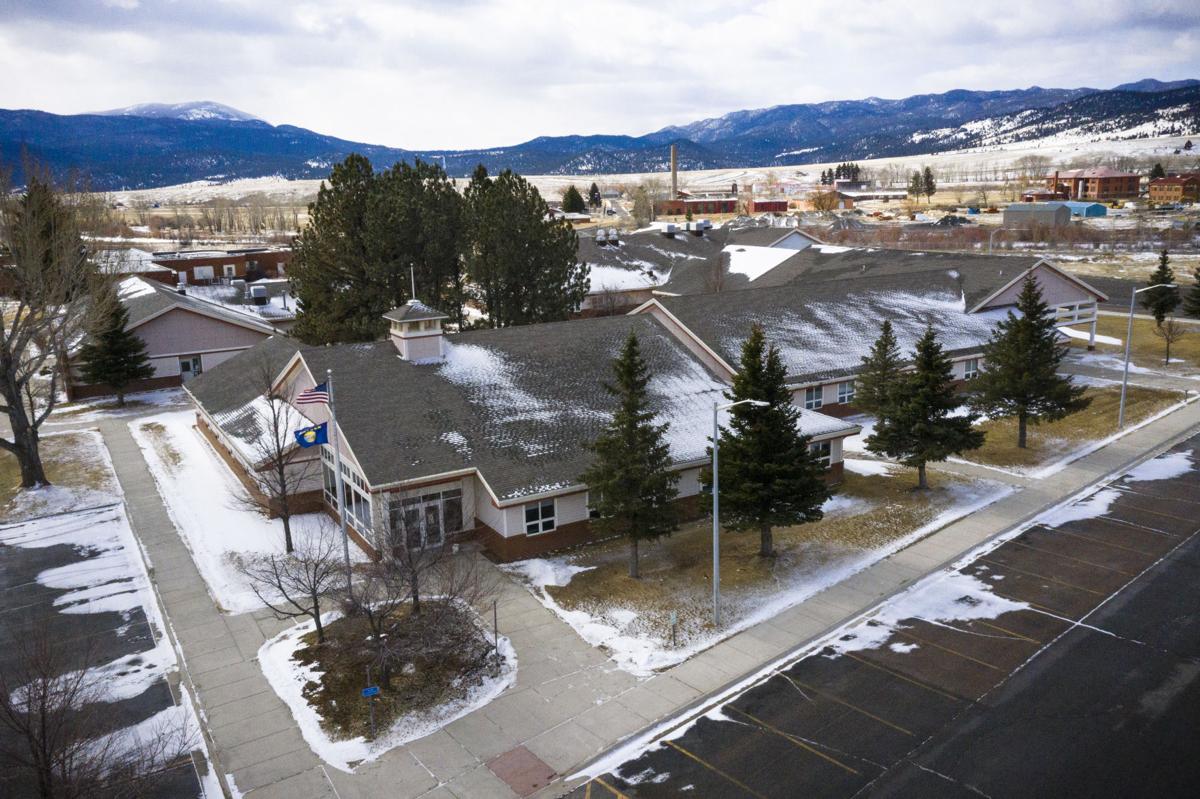 The administration building on the former Montana Developmental Center campus in Boulder is pictured here. MHP plans to convert it into a new headquarters. 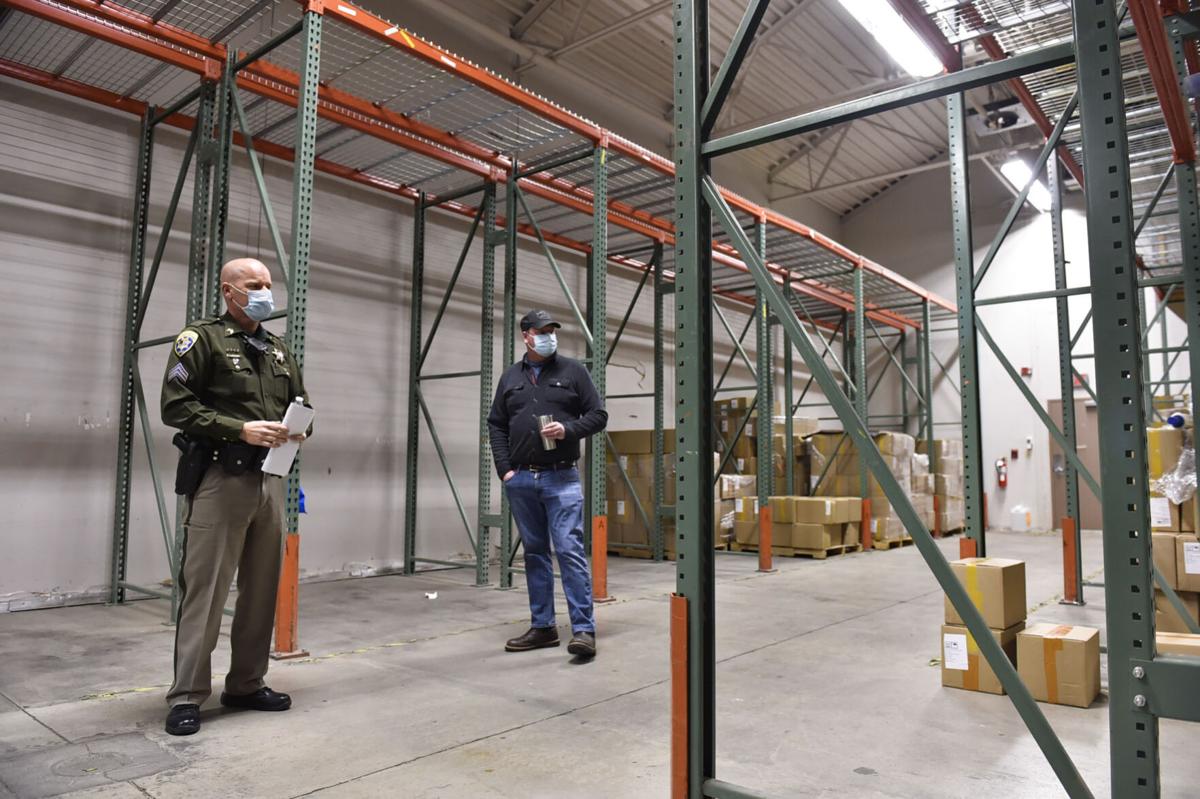 Sgt. Jay Nelson of the Montana Highway Patrol and Tyler Deeds, maintenance supervisor of the former MDC campus, lead a tour of the administration building in Boulder that MHP plans to convert into a new headquarters. 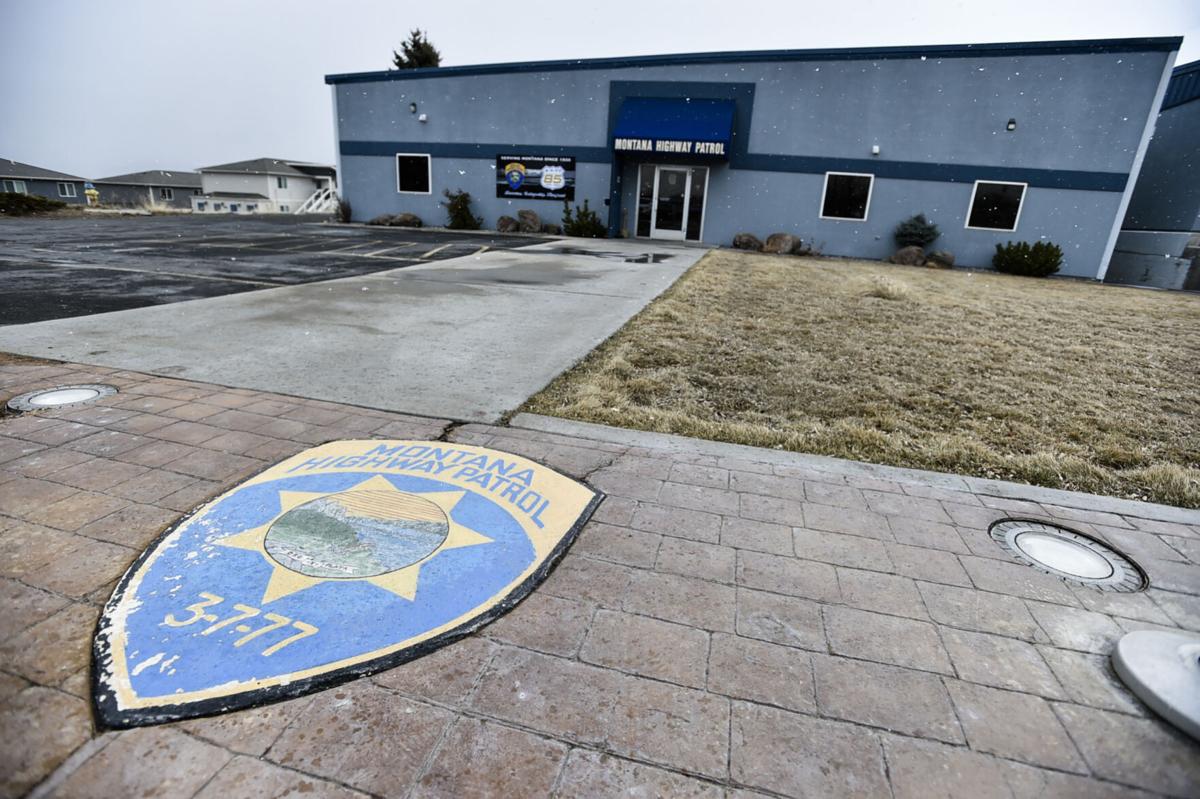 With the lease expiring on the Montana Highway Patrol headquarters on Prospect Avenue in Helena, the agency is looking to move to a larger facility.