A new channel for Sevenmile Creek near Helena was activated for the first time Thursday, in a project that officials said should ease flooding in some other parts of Lewis and Clark County and return the riparian area and creek corridor to a healthier condition.

“This is an incredible day,” said Mary Hollow, executive director of the Prickly Pear Land Trust, which acquired the 350-acre Sevenmile Creek property north of town in 2016 as part of its Peaks to Creeks initiative. She said it was a $1 million stream restoration project.

A couple dozen people gathered at the site, which is still undergoing work, as a temporary channel was opened by heavy machinery, sending water flowing down the channel.

"It’s pretty special,” said Ed Santos, a Prickly Pear board member, noting what it represents for the restoration of the area and the wildlife.

“It makes Helena all that much better,” he said.

Hollow said the work will increase the water storage capacity of the floodplain area and lessen the flow to Tenmile Creek, and decrease flooding.

The trust joined with several others on the project including NorthWestern Energy, Montana Fish, Wildlife & Parks, Confluence Consulting and the Lewis and Clark Conservation District, officials said.

Mike Sanctuary of Confluence Consulting said about 2,500 feet of new channel would be reactivated that has built back up by 7 feet to its historic floodplain elevation. He said that also raised the water table.

He said as soon as the water was put in the ditch it started raising the groundwater table up immediately.

One person at the event said one of the benefits of the project was the creation of a series of ponds along the channel, which have created a whole new habitat.

Antiquated grazing practices had caused the creek to become confined to the lowest stretches of the small valley, with historic photos showing shrinking expanses of wetlands and the creek cutting deeper and deeper streambanks, Nate Kopp, PPLT's program and trails director, said in November.

The land trust started the multiphase restoration project to return Sevenmile Creek to a more natural flow pattern and bring back wetlands for improved fish and wildlife habitat. That meant reestablishing the old stream channel so that rather than forcing spring runoff into the increasingly “incised” channel, it could disperse the power of running water outside its banks onto the historic floodplain.

Two years ago the stream experienced a 30-year flood and this summer, a grass fire burned over 330 of the 350 acres. Prickly Pear began re-seeding the area with native grasses with the goal of having half the property seeded by the spring.

Nate Kopp, the trust project lead, said this has been a five-year process. He said there will be some cleanup and some revegetation this spring.

“And then they will watch it grow … and all the other good stuff,” he said.

Tom Kuglin of the Montana State News Bureau contributed to this story.

As the excavator packed dirt across the old stream channel at Prickly Pear Land Trust’s Sevenmile Creek Property on Tuesday morning, the water…

When Ken McLean saw that people in Texas were in dire need of help after being hit hard by a winter blast, he knew what his next step would be: He hooked up his trailer.

Prescribed burning going on this week in Helena's South Hills

The city of Helena Open Lands Division and U.S. Forest Service will be doing prescribed burns this week, officials said.

The former Hastings bookstore on North Montana Avenue will soon set sail as an Old Navy store, slated to open this spring, according to signs …

Volunteers gather in Helena to cut firewood for the needy

About 30 volunteers gathered in Helena Sunday to bring a little warmth to the needy.

Nearly 8,000 willows were planted recently along 300 feet of Lake Helena. 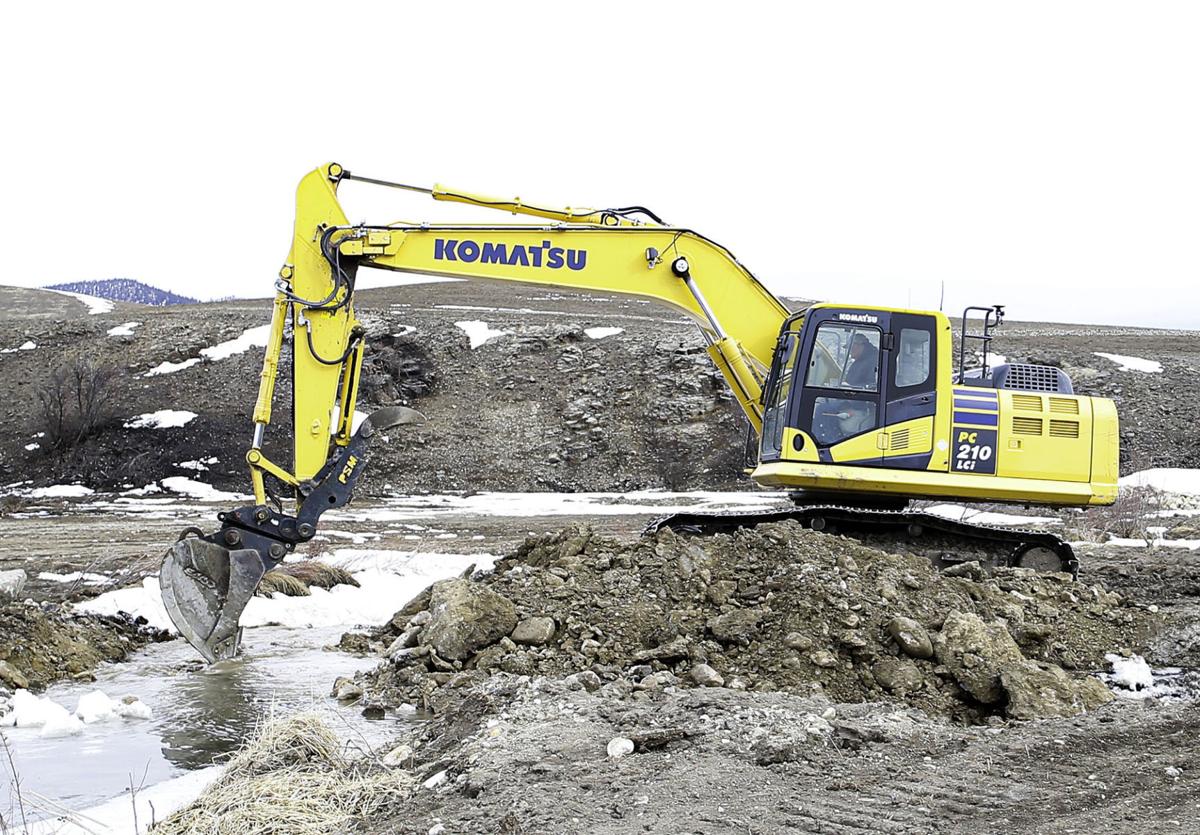 A new channel for Sevenmile Creek was activated for the first time Thursday. 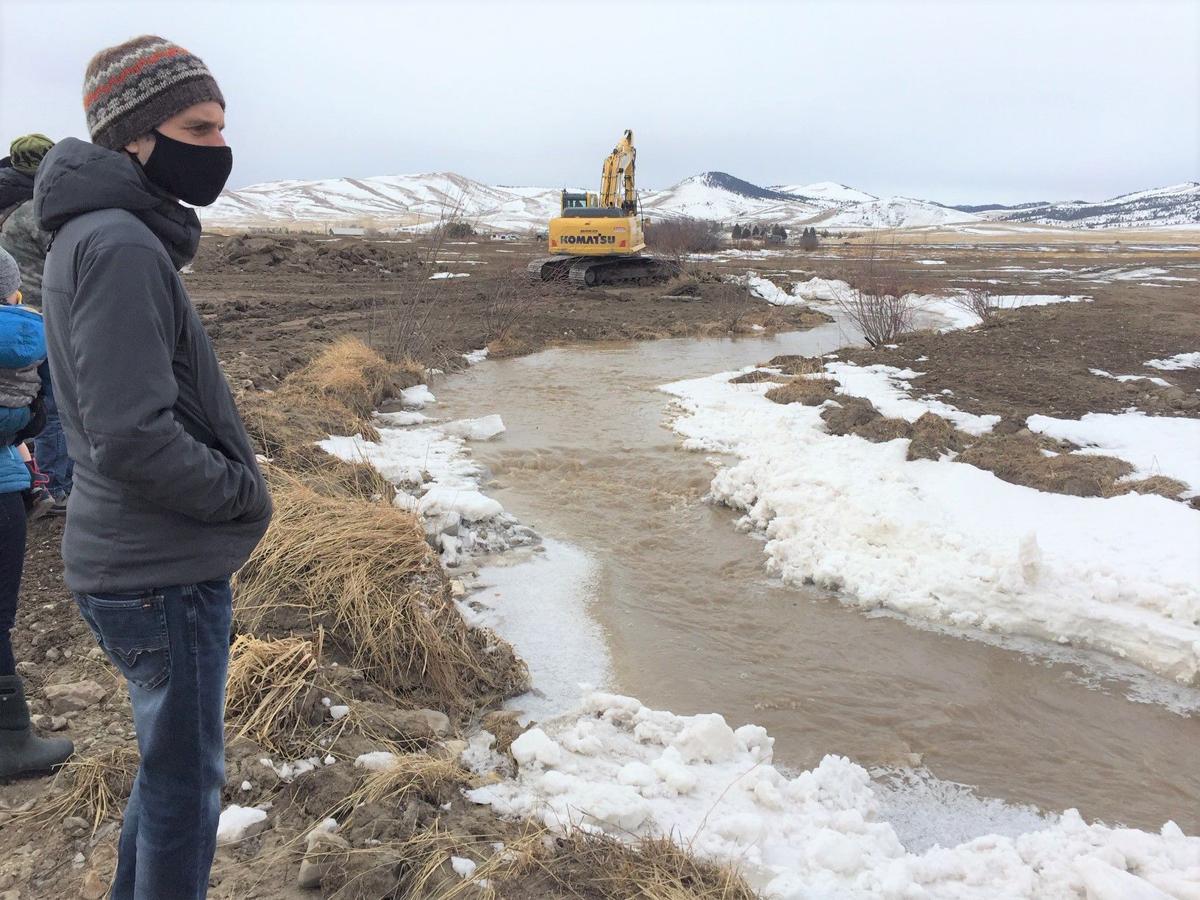 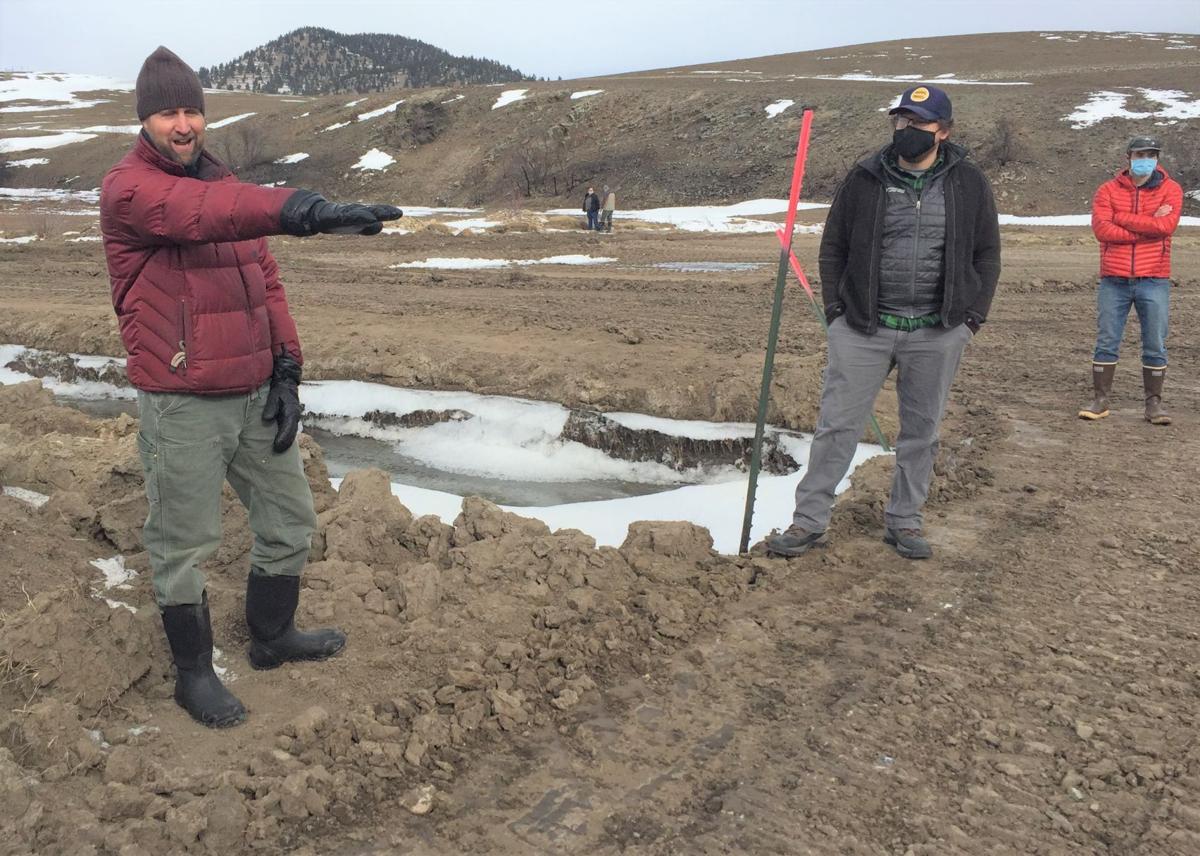 Michael Sanctuary discusses the project at Sevenmile Creek on Thursday.