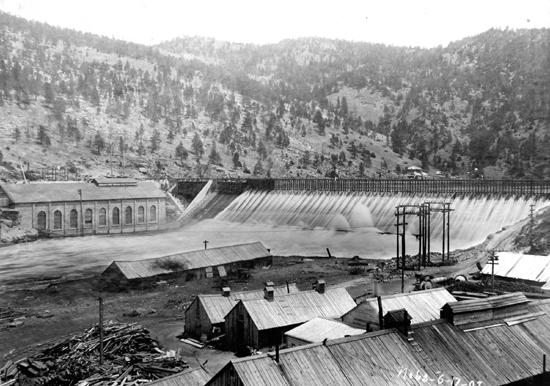 Photos courtesy of the Montana Historical Society - The original Hauser Dam in June of 1907. 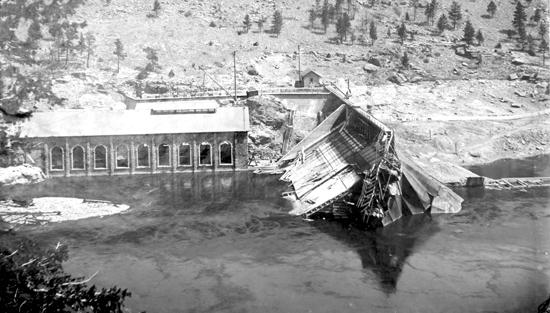 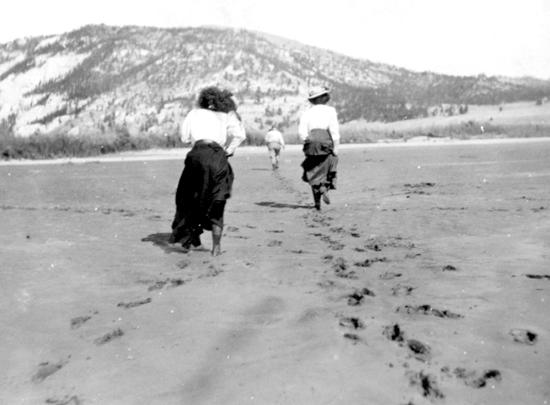 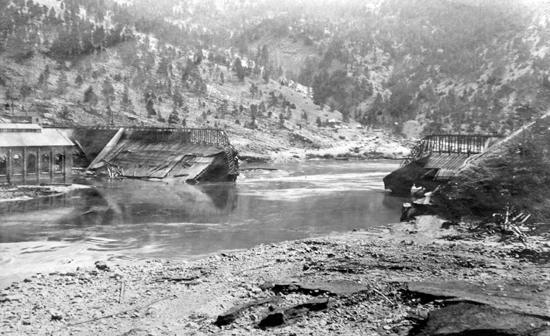 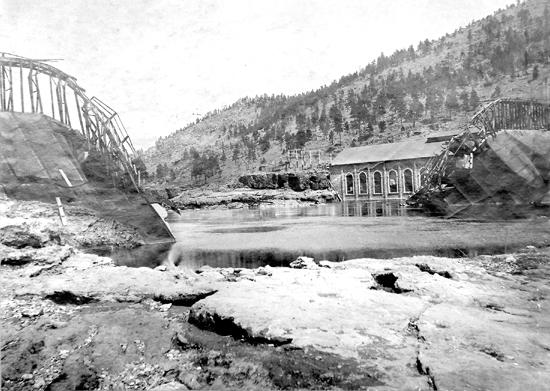 Photos courtesy of the Montana Historical Society - The original Hauser Dam after the Missouri River broke through. The dam was not anchored to solid rock and the river eventually bored underneath, destroying the structure on April 14, 1908.
LARRY KLINE - Independent Record - 04/15/08

A century ago, the mighty Missouri River worked its way through man's poor attempts to dam its flow, sending large chunks of steel downstream in a rush of floodwater that nearly bankrupted one of Helena's pioneer businessmen.

The original Hauser Dam was in operation for only a year before the Missouri bored a hole through gravel deposits beneath the steel structure, which then collapsed.

Samuel T. Hauser, a former territorial governor and Helena banker, had already financed the construction of the first Canyon Ferry Dam about 18 miles upstream. Looking to harness more of the river's power to provide electricity to mines and smelters from East Helena to Butte and Anaconda, Hauser decided to build a second dam at a site named in his honor.

But his Missouri River Power Co. and steelworkers brought in from Wisconsin failed to anchor the new structure into rock beneath the riverbed, and without a solid foundation the river found its way through.

More and more water tore through the new passageway, undercutting the 70-foot-high dam, which collapsed at about 2:45 p.m. on April 14, 1908, 100 years ago Monday, and sent a wave of water and debris tearing through the canyons of the Missouri.

"That dam was designed to be built on solid rock bottoms," said Jim Shive, who serves as a historical consultant for PPL Montana, which owns the existing Hauser Dam.

"(Hauser) wanted something up quick, and he got exactly what he paid for," Shive said. "Of course, it nearly ruined him.

"He took the short way out, and he paid for it in the end."

The rush of water tore off the corner of the dam's concrete powerhouse, which still stands at the site. The remains of the steel structure can still be found scattered downstream from the site.

Shive said reports of flooding downstream are scant. He knows some ranchlands along the river were inundated, but he isn't aware of any major damage at Wolf Creek or Craig, the closest towns on the river.

According to accounts, the dam didn't go down immediately. Shive believes a waterspout from beneath the center of the dam prior to the collapse may have tipped off observers to the impending collapse. And though he can't confirm the reports, he's heard stories that picnickers traveled from Helena to watch the dam go down.

"(Electricity) was brand-new technology," he said. "The size of these things was pretty impressive."

A new concrete dam was built at the site in 1911. According to the Lewis and Clark County Historical Society, Hauser's power company continued to suffer from cost overruns and delays at the replacement dam and at the Holter Dam site further downriver. It eventually folded and became part of Montana Power, which sold its dams to PPL Montana in 1999.

BOISE — Idaho State Police say that a driver killed in car crash, on Friday night in Boise County, has been identified as a missing Montana man.

Wingsuit daredevil flies in and out of active volcano

Wingsuit daredevil flies in and out of active volcano

Photos courtesy of the Montana Historical Society - The original Hauser Dam in June of 1907.

Photos courtesy of the Montana Historical Society - The original Hauser Dam after the Missouri River broke through. The dam was not anchored to solid rock and the river eventually bored underneath, destroying the structure on April 14, 1908.
© Copyright 2021 Helena Independent Record, 2222 Washington St. Helena,MT | Terms of Use | Privacy Policy | Do Not Sell My Info
Powered by BLOX Content Management System from TownNews.com.
You don't have any notifications.