Become a Member
Read Today's E-edition
Share This
An investment in the past: Lewis and Clark County funds historical preservation effort
0 comments
Share this
Nolan Lister

Lewis and Clark County has no dedicated space to store and display its historical artifacts and reams of documents, some dating back to territorial days, meaning most of the items are kept in attics and basements of government facilities in the area. However, the board of county commissioners approved the allocation of $1 million to jump-start the preservation process.

Most of the items were previously stored in the Power Block in downtown Helena, which the county's Heritage Preservation Officer Pam Attardo said was far from ideal, but at least made for a single repository.

Following the sale of the building to Helena nonprofit Student Assistance Foundation in December, the county had to relocate the items it had stored there.

The 19th-century records, deeds and maps were moved to the attic of the Law and Justice Center and a dilapidated building within the Montana Surplus Property and Recycling Facility near the county fairgrounds. Many old artifacts, such as the 112-year-old Helena Trolley No. 3 and massive cast iron crucibles recovered from the old Caird Engineering foundry, are also being kept at the state property.

Still other documents, such as aerial photographs and court records, are stuffed in the county courthouse attic.

The state surplus building previously served as the maintenance garage for the Department of Transportation's motor pool. Portions of the building are literally falling down. Attardo keeps a large piece of cardboard over an open doorway to an area of the building where the ceiling recently collapsed, to keep pigeons out.

"I want these things out of here, but we have nowhere to put them," Attardo said.

She said even storing items at the courthouse is not ideal.

"Attics and basements are two of the worst places to store paper," she said. "We're one pipe leak away from losing a lot of these historical documents."

One of the large, leather-bound ledgers stored in the state surplus building contains a record of the city of Helena's expenditures in 1896. The city's electric bill for one month in 1896 came to $826.

The county previously considered a larger preservation effort in 2007 when it commissioned a third-party survey of its collection that also provided recommendations on next steps.

"There were just too many other priorities at the time," Attardo said.

The steep cost of building ostensibly a climate-controlled vault to properly store the myriad items, archiving the materials and making them publicly available has also prevented earnest preservation efforts.

The sale of the Power Block, however, prompted renewed interest among county leadership.

The Lewis and Clark County Board of County Commissioners as part of its fiscal year 2022 budget, passed July 22, allocated up to $1 million for the preservation of historical documents and artifacts.

"I think that is a real indicator of the commission's interest in the initiative," Lewis and Clark County Chief Administrative Officer Roger Baltz said, adding that it is still early in the process, and how the money will be spent has yet to be determined.

Baltz said he does not expect all of the money to be spent in this fiscal year.

Both Baltz and Attardo agreed that the first step will likely be to update that 2007 study.

"We need to know where we are right now," Baltz said. "At this point, we're trying to pull the appropriate people together to determine what needs to be done and how best to accomplish that."

According to Baltz, the county will also be reaching out to the cities of Helena and East Helena to potentially collaborate on the endeavor.

Attardo said she has been meeting with clerks of district court, the county treasurer and county commissioners since January to coordinate efforts.

A priority for Attardo is archiving the documents and making them available for public consumption.

Since 2011, she and a hired contractor have scanned about 30,000 documents. The digital versions are presently sitting in an external hard drive in her desk, including county election poll records from 1868 when the county was still known as Edgerton County.

"Things have been culled and thrown away," she said. "That's the unfortunate state you can find yourself in when you don't have a system in place."

While digitizing these documents is a good place to start, Attardo said preservation of the physical items should be the priority. With that comes substantial costs.

The city of Butte floated an approximately $7 million bond in 2007 to build the Butte-Silver Bow Public Archives, a two-story vault that houses its documents and artifacts.

"It's totally amazing from a geeky archivist perspective," she said of Butte's facility. "They're like the top of the mountain."

There are numerous national grants the county could compete for to help offset the cost of digitizing and archiving, but Attardo said the grants usually require some sort of plan for preserving the items once digitized, which the county does not currently have.

While the Montana Historical Society's state museum may seem like an obvious landing spot, it is currently in the midst of an expansion and renovation as it needed more space for its own items.

"It's frustrating to convince people this stuff has intrinsic value," she said.

'An invitation for history to be told': Last Chance Stampede celebrates 60 years

The 60th Last Chance Stampede and Fair is out of the chute, and the focus this year is the event's long, storied history.

With 54 COVID-19 variants circulating through Lewis and Clark County and a spike in new local cases, county health officials are urging reside…

Montana Gov. Greg Gianforte said Tuesday that he would increase the number of National Guard troops helping respond to wildfires.

Due to a staffing shortage, Helena's Last Chance Splash Waterpark and Pool is cutting the hours of operation for sections of the pool, and in …

Helena parking revenues on the road back to normal

If cars parking downtown are any indication that a pandemic-whooped society is returning to normal, then Helena is apparently on the mend.

Its outward appearance fails to convey its one-time importance to East Helena, but the nearly 500-square-foot Northern Pacific Railway depot, …

Every year on Nov. 8 at exactly 10:40 a.m., the Centennial Bell housed in the Montana Capitol building rotunda is rung by special guests to co… 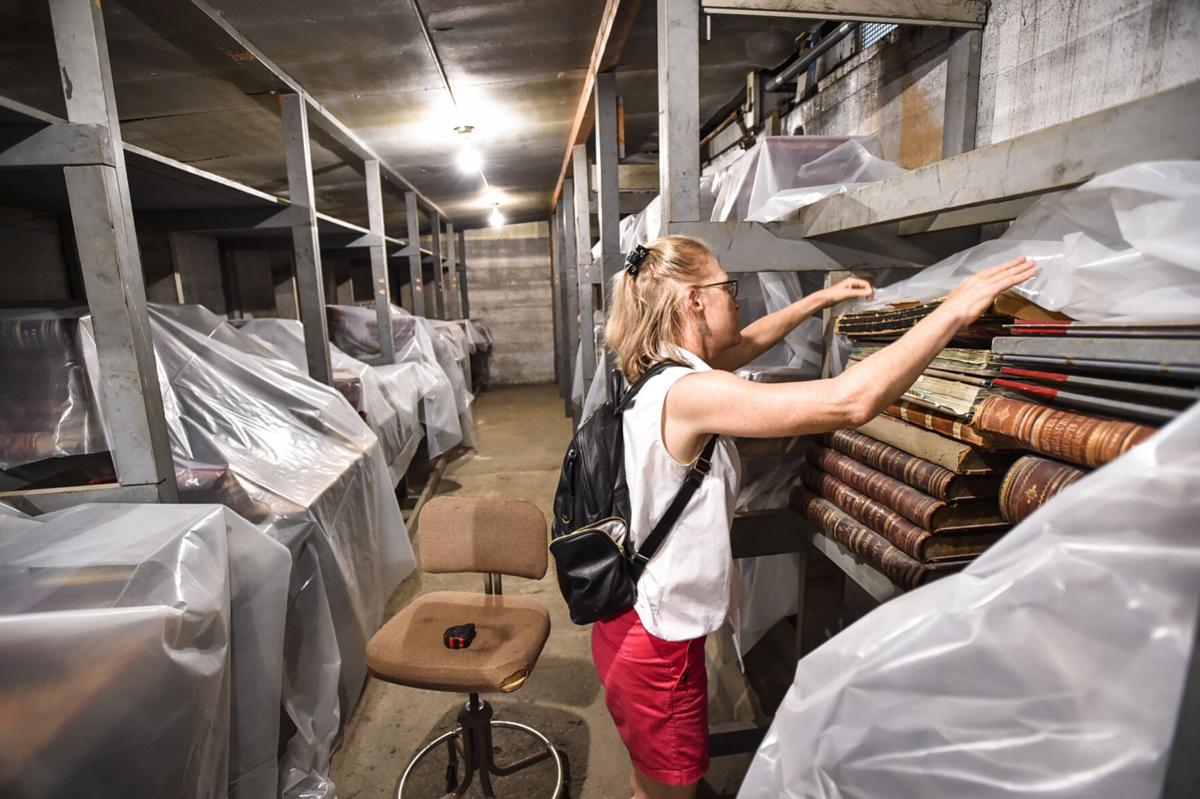 Pam Attardo, historic preservation officer for Lewis and Clark County, rummages through a collections of historical books in a county storage facility recently. 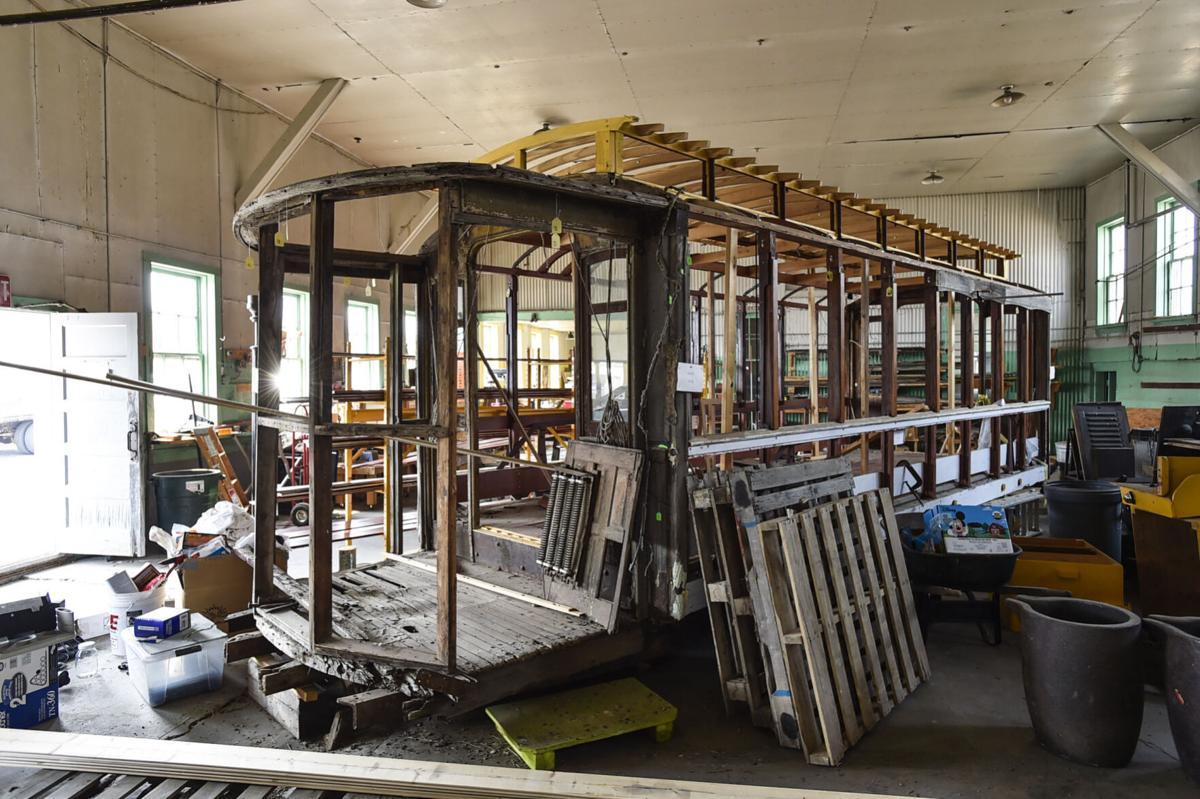 A Helena city trolley from 1909 sits in a Lewis and Clark County storage facility recently. 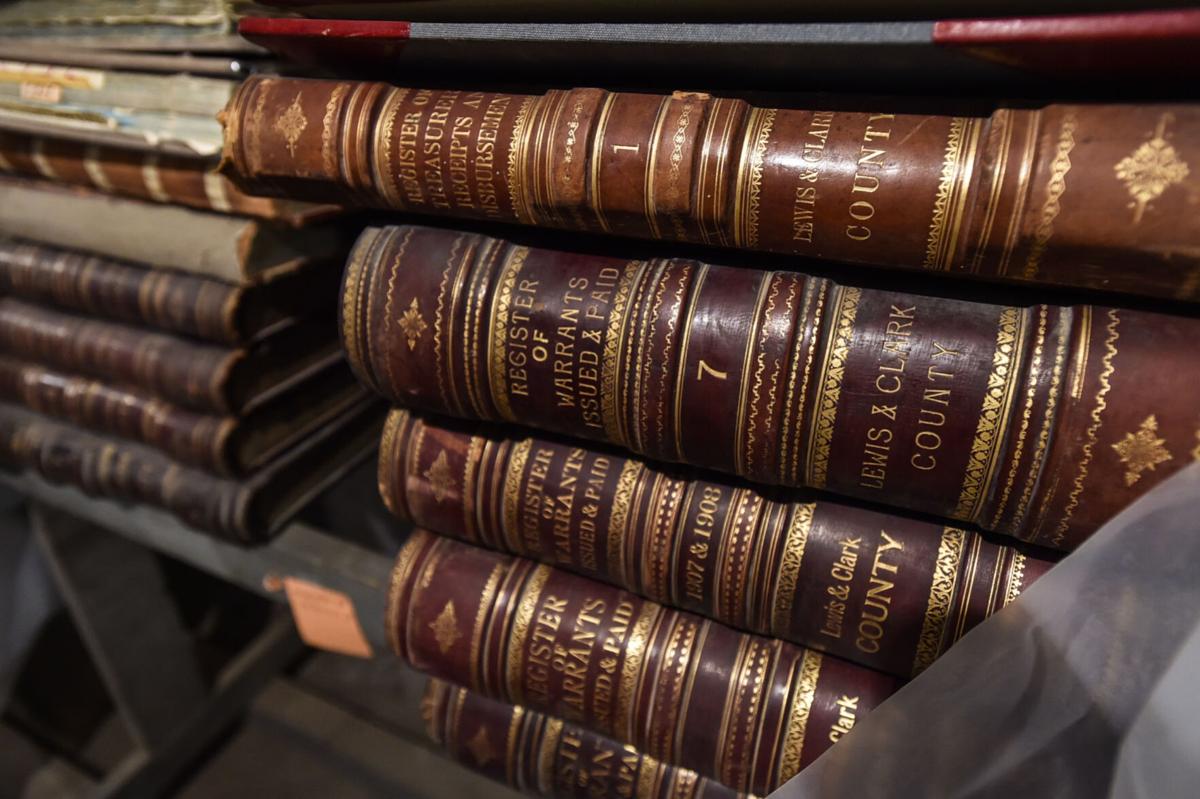 A collection of historical books in a county storage facility sits under plastic tarp to prevent water damage.