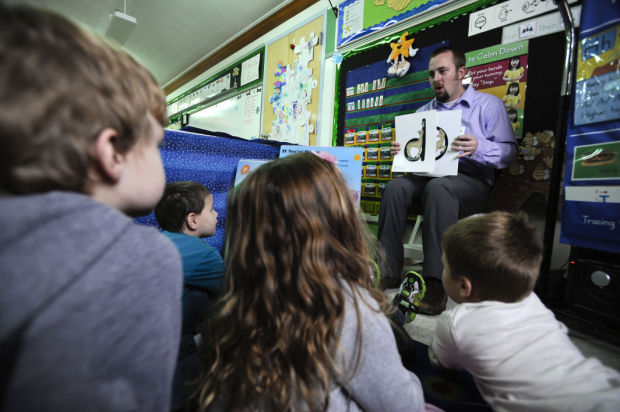 Michael 'Dolan' Gilreath conducts a lesson on the alphabet in his preschool class at the Ray Bjork Learning Center recently. Some students in Gilreath's preschool class no longer need special education after attending school as 3- and 4-year-olds. 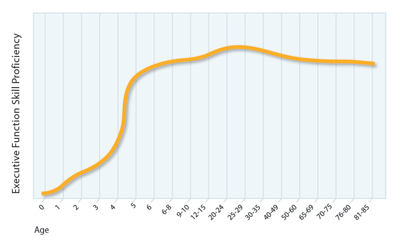 Every time Jamie and Mark Reese held their son Carson he screamed.

He hated being touched so much they couldn’t change his diapers, they couldn’t pick him up. When Carson was about two and a half years old they decided to take him to a football game at Vigilante stadium, but after a stranger bumped into him while walking past, he broke down and began to cry.

Carson and his twin brother Evan were eventually diagnosed with “pervasive developmental disorder,” meaning they exhibited traits on the autism spectrum.

The Child Development Center in Missoula told the Reeses it wasn’t too late to act. As young children, not all the neural synapses in the brain are connected, so Evan and Carson had a chance to “retrain” their brains.

The Reeses promptly enrolled their children in speech, occupational and physical therapy. Once they were old enough, Carson and Evan were enrolled in the publicly-funded special education preschool housed in the Ray Bjork Learning Center.

“It was just really phenomenal having the structure of the classroom at an early age that we weren't able to provide at home because we’re both working parents,” Mark said.

Before entering kindergarten, Evan and Carson were tested again and exhibited no signs of needing special education.

“When I tell people now that they were diagnosed on the autism spectrum, they look at me like I have two heads,” Jamie said.

The brothers are now first grade students at Broadwater Elementary, where they are achieving above average marks.

Kindergarten student Talon Walkenhorst has a similar story: a special education student who graduated out of needing an individual education plan after attending preschool.

And Ryland Saksa, a former special education student who was selected as a high-achieving leader in his kindergarten class.

The thing the parents of all these students agree on?

For the first few years of life, 700 to 1,000 new neural connections form every second.

Each child’s experiencesdetermine which connections form, which are strengthened and which are pruned away, according to Harvard’s Center on the Developing Child.

“Brains are built over time, from the bottom up,” the center’s webpage reads.

One of the skills being built are what Harvard researchers refer to as executive function, the ability of a brain to “filter distractions, prioritize tasks, set and achieve goals, and control impulses.”

It’s one of the building blocks that researchers say is crucial for learning and adult success. According to the Center on the Developing Child, development of executive function skills skyrocket as a four-year-old.

For Warren Elementary School kindergarten teachers Linda Sorensen and Christean Ralph, they see students who come from high quality preschools as socially and emotionally developed. The executive function skills they develop there translate into knowing how to share, to get along with others, to listen to adults other than parents and to learn productively.

“We see a wide range of abilities of students when they enter our classrooms in the fall. Those who have attended a quality preschool, are better prepared. From day one, we begin reading and math and those who have had exposure to these concepts seem to move at a faster rate and pick up information quicker,” the teachers wrote in an email.

Ralph said students don’t have to attend preschool to enter kindergarten prepared, she’s seen students come from home who are ready to learn.

But 65 percent of students age 0-6 around the state come from households where all the parents are working, according to the KIDS COUNT data center.

Montana is one of eight states in the nation that doesn’t offer publicly funded preschool, so pre-K students who enter Ralph and Sorenson’s classrooms come from Head Start or private preschool programs.

Gov. Steve Bullock is proposing allocating $18.5 million each year during the next biennium to allow school districts and families around the state to opt-in to publicly funded preschool.

Supporters of the program are citing national studies that show children who attend pre-kindergarten programs are less likely to end up incarcerated, more likely to graduate high school and more likely to contribute as adults. Opponents contend that $37 million of state money could be better used on something else.

Some rural educators are worried that adding another program would stretch limited resources in their small school districts. Private providers have also voiced concerns about being put out of business under the early edge proposal.

“With the accreditation standards, my staff of seven -- none of us would qualify to continue teaching preschool in this proposal,” Leah Moore, a private preschool teacher in Miles City, said during an appropriations hearing in January.

Julie Bullard, the director of the Early Childhood Education Center at Montana Western, pointed in support to an analysis that compiled 123 comparative studies on the effects of early education on cognitive and social development.

The study found early childhood education has substantive impacts on development, those immediate benefits do wear off, Bullard said, but some long-term impacts persist.

None of those studies have taken place in Montana, to her knowledge, but she said it’s fair to extrapolate their impacts to this state.

“Even though we’re in Montana that doesn’t mean that our children develop real differently here,” Bullard said.

Low-income students will probably see the biggest benefit if Bullock’s Early Edge Montana passes, Bullard said, because research shows that by the time a child is 2 there is roughly a six month language gap between low-income and middle-class children.

If that gap continues, research shows that by third grade students who are behind continue to lag further and further behind.

“We were kind of built on that principal in America that we want what’s best for our children,” Bullard said.

“A piece of giving children a better life is making sure they have really high quality early childhood experiences,” she added.

Cascade County Sheriff Bob Edwards got his start in 1992 working as a detention officer in the county’s jail. To this day, when the sheriff walks into the facility there are occupants who know him just as “Bob.”

As sheriff, Edwards said he’s now dealing with those offenders’ children and even grandchildren.

“The cycle needs to be broken,” he said.

“They’ve never been given the benefit of getting on the right path,” Edwards added.

Breaking the cycle is something the sheriff knows a lot about. He grew up in a single parent home, in subsidized housing, where it was possible that dinner consisted of macaroni noodles without cheese.

Edwards said his mother passed on to him a good work ethic, and she also enrolled him in Head Start. Decades later, Edwards not only credits Head Start as part of what set him on the right path, he works with young students as part of the national Fight Crime: Invest in Kids organization.

He said 80 percent of males incarcerated in Montana and 75 percent of females are high school dropouts.

“All of this can be curbed if we get these kids a proper high quality education … from zero to five,” he said.

“What I want to know from the people who make the laws/invest this money: Why not now? Because now is the time, look at the statistics,” Edwards said.

This is the first installment of a two-part series on early childhood education in Montana. Monday's story will discuss the support Early Edge Montana is receiving from business leaders.

Proposed by Democratic Gov. Steve Bullock, the Early Edge Montana plan to provide state funding for preschool programs is being championed by …

As state lawmakers Friday wrapped up the first half of the 2015 Legislature, leaders from both parties and Gov. Steve Bullock agreed on at lea…

A pair of gatherings for education occurred simultaneously at the Capitol on Friday.

Governor fundraising for nonprofit formed to promote his early-education plan

As Gov. Steve Bullock pushes his proposal to publicly fund preschool, he’s getting help from a new nonprofit group that has hired a public-rel…

Disney’s seemingly ubiquitous character Elsa, star of the animated movie "Frozen," made an appearance on the state Capitol steps Friday.

The boy, no more than 5-years-old, lay crying on the floor of the Ray Bjork Learning Center’s gymnasium while Michael “Dolan” Gilreath stood t…

Michael 'Dolan' Gilreath conducts a lesson on the alphabet in his preschool class at the Ray Bjork Learning Center recently. Some students in Gilreath's preschool class no longer need special education after attending school as 3- and 4-year-olds.