A teenage boy with disabilities in a rural Montana school district was segregated from other students, moved to a church basement and told to do things like watch DVDs or sort nuts and bolts instead of receiving adequate educational services, according to a lawsuit filed by Disability Rights Montana.

The 16-year-old student was allegedly segregated for several months before he was removed from school entirely.

A complaint filed last week in Lewis and Clark County District Court states the student, who is referred to as R.C., hasn't received any formal education in three years. Because the student goes to school in a rural part of Montana, the school district is also unnamed in court documents to avoid revealing his identity.

“I don’t know if the state has ever been faced with a case where a district wholly excluded a student,” Tal Goldin, an attorney for Disability Rights Montana, said. “It’s particularly egregious at the district level, but it’s equally egregious that the state of Montana knows about that and fails to act.”

Despite a legal obligation to ensure all students receive a free and appropriate public education, the complaint says various public officials knew the student was going without mandated services and failed to act several times in the past three years.

The suit was filed against Superintendent of Public Instruction Elsie Arntzen, her office, two special education administrators at the office, the school district and its superintendent. Though OPI was under the direction of former Superintendent Denise Juneau from January 2009 to January 2017, she is not named as a defendant.

Disability Rights Montana previously filed an administrative complaint with OPI under the Individuals with Disabilities Education Act, known as IDEA. That law provides federal grant money to states and requires schools to provide special education services to each qualified student.

In an emailed statement, Kyle Moen, a lawyer for OPI, said the office couldn’t comment or confirm a complaint existed due to the Federal Family Educational Rights and Privacy Act.

The administrative complaint will provide an opportunity for the student, OPI and the school district to participate in a mediation process. If the parties are able to come to a resolution through the administrative process that provides R.C. with an education in accordance with his civil rights, Goldin said his office will not move forward with the lawsuit.

Goldin said that for two years, the school district has made “excuses” about its ability to provide appropriate services. Goldin said the case not only addresses discrimination against his client, but it raises a larger question about whether a rural district can refuse services if it says it doesn’t have the capacity to provide them.

“It’s not just about this kid’s individual rights and the damage that’s being done to this child,” Goldin said. “It’s a far bigger issue than that. This raises the question of, 'What type of oversight is OPI doing?' 'Are they ensuring that children in Montana are receiving a free and appropriate education?'”

According to documents that describe an evaluation by a neuropsychologist, R.C. has multiple substantial disabilities including a significant cognitive delay and a traumatic brain injury. Those disabilities include a seizure disorder that is thought to contribute to inappropriate behaviors sometimes exhibited by R.C.

In August 2014, R.C. was allegedly removed from his regular classroom without an explanation and placed in the basement of the local Lutheran church. R.C. was provided approximately two hours of services from the district in the church basement each day, which included sorting nuts and bolts and watching DVDs under the supervision of a teacher, a gym coach and a maintenance supervisor, Goldin said.

The court complaint says the school district was able to provide “very little” documentation reflecting any academic instruction provided to the student. During that time, he was also being excluded from extracurricular activities and other non-academic parts of school like socialization with his peers during lunch, it says.

Documents state the district did not give R.C. or his mother notice of the reasons he was being moved to the church. In October, R.C. kicked a teacher and was permanently removed from public school.

“Rather than accommodate R.C.’s disabilities so he could access an education, (the school district) chose to report the matter to law enforcement in an attempt to have R.C. adjudicated and placed into the juvenile correctional system,” documents state.

R.C. was in a jail cell for several hours, where he was frightened and confused, according to documents. After a judge threw out the case, R.C. was still not allowed to return to school.

“We have a child who has been excluded for three years for no other reason than the fact he has a disability,” Goldin said.

Under IDEA, schools are required to provide services in an integrated setting. The law says students with disabilities can be removed from regular classes only if the disability is so severe that supplemental services can’t be achieved satisfactorily. But Goldin said OPI and the school didn’t attempt to hire experts, provide additional training to staff or fully implement the recommendations made by R.C.’s neuropsychologist.

Goldin said OPI was aware R.C. was being denied services before he got involved, which was about two years ago. At the time, OPI was under the direction of Juneau.

On Sept. 1, 2016, R.C.’s mother filed a formal complaint with OPI, saying the district did not provide required services to her son. OPI conducted an investigation, found the student was not receiving services and directed the district to take specific action, including providing services within 60 days of the order, Goldin said.

The district never complied with the order, and OPI never enforced its own order, according to the documents. R.C’s mother sent, through her lawyer, a letter to Juneau asking OPI to provide services.

The demand was reiterated to OPI on March 21, 2017, and Sept. 27, 2017, during Arntzen’s administration. The documents state Arntzen discussed the demands with special education administrators Frank Podobnik and Richard Trerise, who are both named as defendants in the lawsuit, but they failed to act.

“We hold responsible primarily the Office of the Superintendent of Public Instruction,” Goldin said.

Under Montana law, the superintendent is specifically required to provide technical assistance to districts, ensure appropriate training and materials for people providing special education services and ensure compliance with IDEA.

The Administrative Rules of Montana, which the agency sets for itself, says the superintendent will take one or more “immediate steps” if a local educational agency fails to provide a free and appropriate public education for students with disabilities. Those steps include:

None of those actions have been taken, according to documents.

Dennis Parman, executive director of the Montana Rural Education Association, wasn’t familiar with the case, but said it’s not uncommon for rural schools to struggle to provide services. While a lot of federal funding is provided, Parman said the original commitment hasn’t been met for decades. Cooperatives exist to allow several districts to pool their resources to provide services. For example, a physical therapist could serve students at multiple schools and the schools would all contribute to the employee’s salary.

The state Legislature also allows districts to pass a non-voted levy to raise property taxes to pay for special education services, but Parman said they aren’t used often in small communities and have the potential of singling out students with disabilities. But districts are still required to provide special education services, which often creates a competition for general fund dollars that serve a lot of general education students and are tapped to serve a handful of students with high needs, Parman said.

The district could potentially argue that R.C. can be refused services because he lives in a rural area where it’s hard to recruit teachers and employ people to provide specialized services, Goldin said. But he said removing a student from a school entirely is similar to a time when schools were permitted to exclude children with disabilities from public education.

“That’s what we’re going back to here,” he said, “That these kids are too difficult to educate and therefore they should be institutionalized."

Goldin said R.C.’s case is exactly why Congress enacted laws like IDEA, the Americans with Disabilities Act and Section 504 of the Rehabilitation Act of 1973.

“If you open the door to public education, you’ve got to open it to everybody, and Congress provided funding to do that,” he said.

We'd like to learn more about experiences with special education in Montana schools. Please consider completing an anonymous survey linked in this story online or contacting reporter Erin Loranger at erin.loranger@helenair.com. 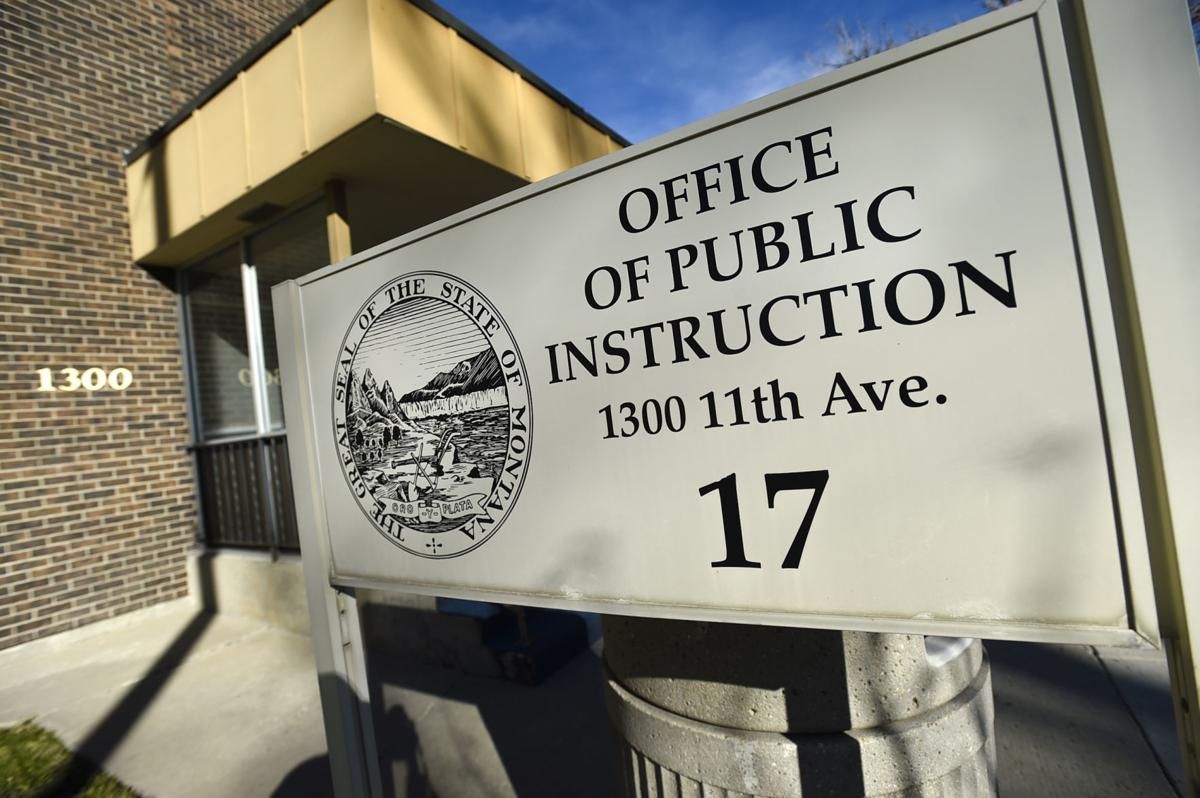 The Office of Public Instruction in Helena is pictured in this Tuesday, Oct. 24, 2017, photo. 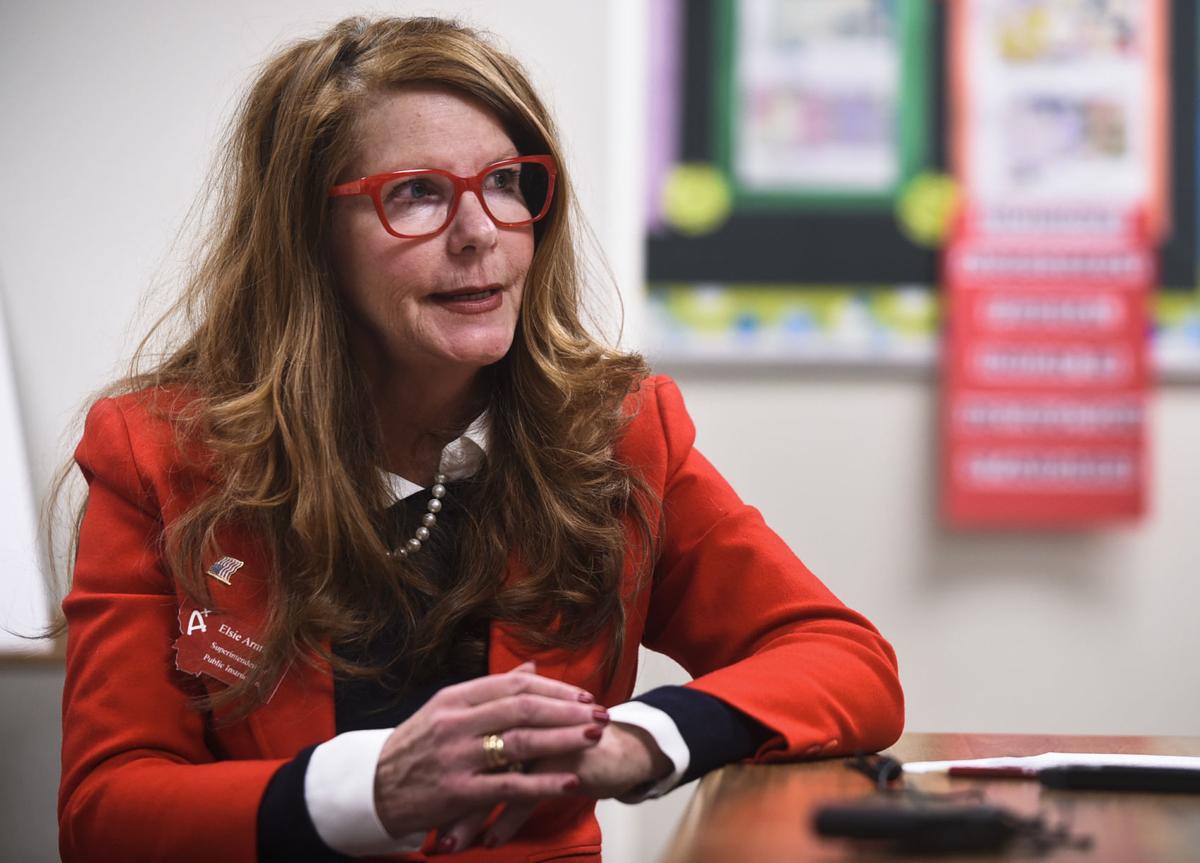