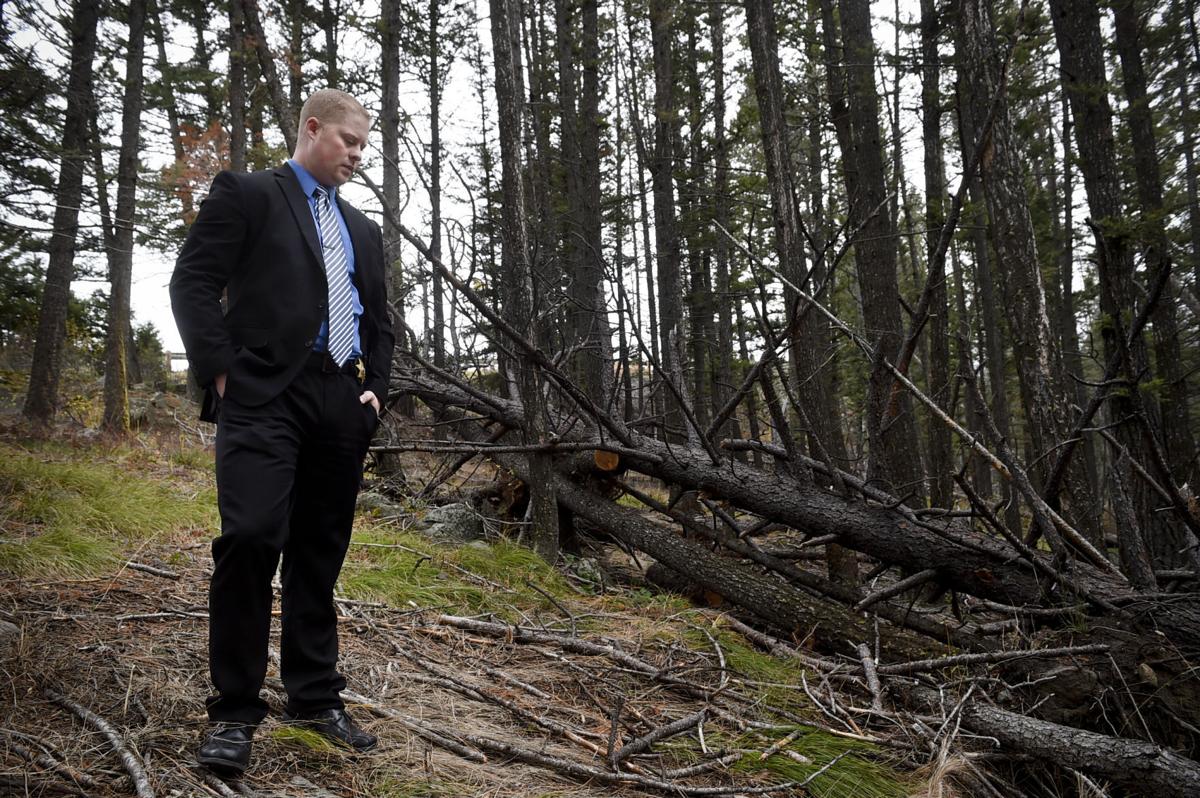 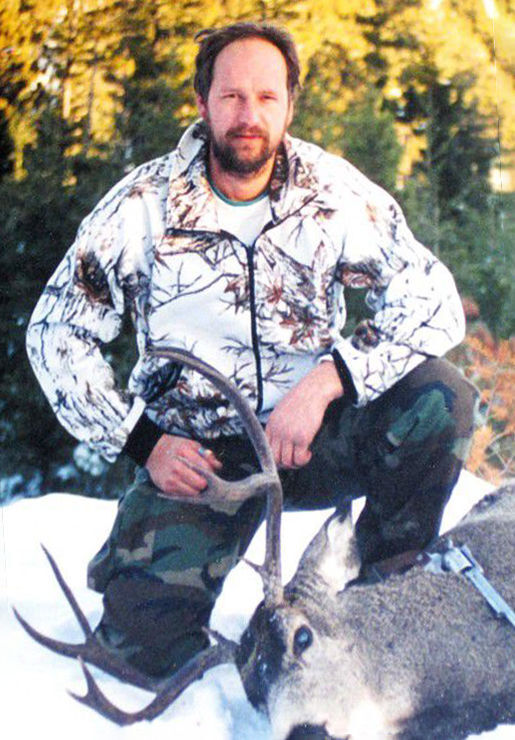 Mike Crites was an avid trophy deer and elk hunter. 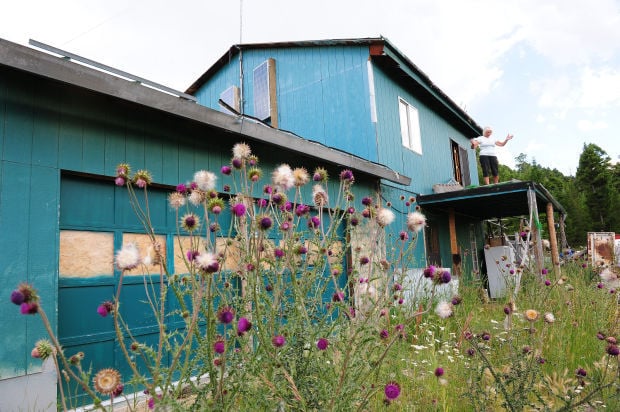 But, wandering in the area on MacDonald Pass where parts of John "Mike" Crites were found five years ago, one can't help but notice the swishing sounds of traffic from Highway 12, close enough to hear the bass from passing vehicles' stereos. And then there are the gunshots reverberating from the shooting range across the roadway.

The two trash bags containing what were described as Crites' bones were only semi-buried. The area where they were found in October 2011, four months after Crites disappeared, is rocky and difficult terrain in which to dig.

When there are so many secluded areas in the roughly 25 miles between MacDonald Pass and Crites' Turk Road neighborhood northwest of Helena, why would the killer choose to take some of his remains here?

Was the placement meant as a taunt? Was it methodical, or just sloppy?

Considering the amount of time that has passed, the victim's sister Connie Crites admits sometimes conceding to feelings of despair, thinking the case will never get resolved.

"I would never have imagined that more than five years later, we'd still be fighting this," she said.

She’s an optimist -- shaken, yet still confident. That hope has waned over the years and through learning the details of her brother’s murder and dismemberment. Some specifics she doesn't know and maybe never will.

"I'm at a crossroads," she said in a phone interview from her home state of Colorado.

"It's just drastically changed who I am. I used to be Pollyanna," she explained. "I just have an edge to me now."

Connie Crites has cut back on her trips to Helena, which she frequently made partly in hopes of keeping her brother's story in residents' minds and maybe shaking loose some new information.

A newfound hope comes from the assignment of a new investigator on the homicide case. Maybe a new set of eyes on the information will spark some breakthroughs in the case. Closure is possible again.

The new investigator, Andrew Blythe of the Lewis and Clark County Sheriff's Office, has reviewed the work of the two previous detectives, who have both since retired. He also has revisited many of the pivotal locations in the case, including the area on MacDonald Pass where U.S. Forest Service management workers found Crites' bones.

"We're standing on the crime scene," Blythe said of the land, which years ago was a campground.

As Blythe steps on the grass and twigs along the pass, he feels the sense of unease knowing what happened there years ago. He notices a few more downed trees in the area, but other than that, the scene is quite similar to the day the bones were found.

While residents around Helena might not talk of the murder as they have in the past, the impact of having an unsolved slaying still resonates.

"I see it as kind of a wound in the community that needs to heal and hopefully through justice," Blythe said.

"We want justice for the family and the victim," he added.

Other parts of Crites' body, including his skull, were found about a year later on the other side of the Continental Divide near Elliston. Authorities have not said where they believe the murder of 48-year-old Crites occurred.

"The case was never gone from our minds -- from my mind," said Lewis and Clark County Sheriff Leo Dutton.

Dutton said the new perspective, combined with Blythe's technological knowledge and the work of previous investigators, brings new life to the case. Several retired law enforcement officials are assisting in the case. In addition, the Rocky Mountain Information Network, an information sharing agency that helps with major crimes, is helping as well.

"They're working to connect the dots," he said.

The whole scenario of Blythe taking on the case was pretty much kismet. Blythe, who started as a deputy the same month Crites' bones were found in 2011, aspired to be a detective. He had a specific interest in cold cases. About the same time Blythe had to go on light duty in June, Dutton was looking for a special investigator to focus on the Crites case.

"It's never been shelved," Dutton said. "Now we have an opportunity to take a fresh look at the case involving fresh resources."

"This is unique. It's a new opportunity that we had not had before."

Means, motive and opportunity -- those are the keys to solving a murder, Blythe said.

A year after Crites disappeared, a detective said that because of an ongoing land dispute "there are lots of people who have motive." The hatred had been brewing for years, he added.

In the past, neighbors have shot at each other amid the consternation. There's a history of criminal allegations along Turk Road, ranging from intimidation to trespassing to assault with a weapon. Some were made by Crites and others against him.

Among the prior investigation materials Blythe reviewed are a handful of search warrants -- some served in Crites' neighborhood and at least one out of state.

The namesake of Turk Road testified in a court hearing over land access in the area that he refuses to use part of his property because of "an aversion to being shot at."

The land access disputes that many view as the catalyst of the slaying remain mostly unresolved. One case is being appealed in the Montana Supreme Court. In one of the last filings in that civil case, a lawyer pleaded with the justices, saying unless some guidance on access was given to the district court, "further irreparable harm and ongoing chaos is all but guaranteed."

In the week leading up to his disappearance, Crites was overwhelmed by the road access issues and the subsequent strife with neighbors. His best friend said Crites told him "they're going to kill me" days before he was reported missing.

On the day he disappeared, Crites was supposed to meet with a neighbor to discuss the disagreements, court documents say. Crites was not heard from or seen after the scheduled meeting.

Although no arrests have been made in regard to the murder, authorities have always said they don't believe the slaying was random.

"We have people that appear they would have a motive," Dutton said. "They're still on our radar."

"Everyone is still a suspect."

"Anyone could be a suspect," he added.

Meanwhile, pack rats have overrun Crites' home he built himself. His sister said the rustic house will probably need to be demolished.

His beloved wolf-hybrid dogs have been put down.

Weeds have overtaken his garden and the rest of the land he once cultivated by hand.

The signs of Crites on the 80 acres in the mountains he adored are diminishing.

In addition, several families fled the Turk Road area. Some simply abandoned their homes out of fear.

One former Crites neighbor noted being unable to find someone to live in their house for free because of the perceived danger.

Connie Crites hopes to sell her brother's land at some point.

"No one's buying up there," she said.

The most stressful part, she said, is the ongoing lawsuit filed by her brother's neighbors asking for damages -- $75,000 -- for alleged harassment and threats. The suit, filed weeks before Crites' disappearance, claims the neighbors lived in fear of Crites, who was known to be armed with a gun and a video camera in a "reign of terror."

"The lawsuit keeps it alive for me," Connie Crites said.

"You don't really give up. Just don't make it consume you," she said.

Although keeping faith is difficult at times, Connie Crites said she believes whoever murdered her brother will be caught.

For the last few years, the family has offered a $10,000 reward for information leading to the conviction of his killer.

"I feel our best shot at justice is for somebody to come forward with something -- one new little piece of information that ties it all together,"Connie Crites said.

Law enforcement officials anticipate justice in the case as well.

"Yes, I'm confident that there will be a conclusion," Dutton said.

Watch Now: Biden wants to raise taxes on the wealthy

Watch Now: Biden wants to raise taxes on the wealthy

Watch Now: How much will space travel cost?

Watch Now: How much will space travel cost?

The Murder of Mike Crites

A decade after John “Mike” Crites went missing from his home near Helena, his sister filed a lawsuit seeking an unspecified amount from the ma…

Mike Crites was an avid trophy deer and elk hunter.