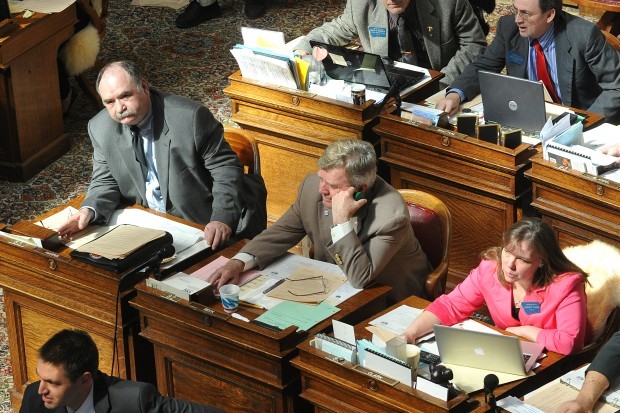 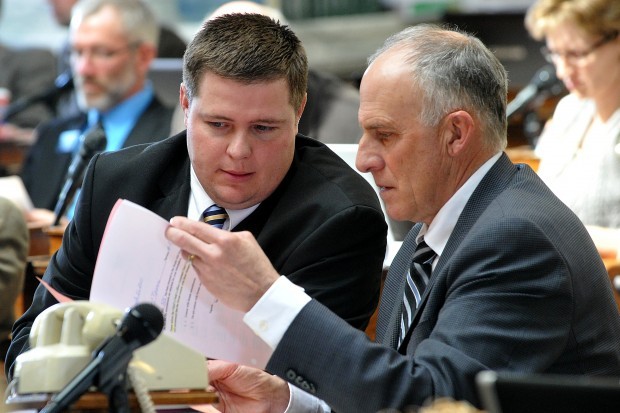 The Montana House Thursday endorsed the bill that would allow cyanide-leaching of ore from new open-pit gold or silver mines in the state, and thus amend a 1998 voter-passed initiative that banned such mines.

The House endorsed Senate Bill 306 on a 63-37 vote, largely along party lines, with Republicans in favor. After a final vote on the measure, likely today, it will go to the desk of Gov. Brian Schweitzer, who hasn’t said whether he’ll sign it into law.

SB306, sponsored by Sen. Terry Murphy, R-Cardwell, amends the 1998 ban by saying any new or existing open-pit mine can process its ore at cyanide heap-leach operations that existed in 1998 and were exempted from the ban.

Only two such operations exist, and only one is active: The Golden Sunlight gold mine near Whitehall.

Supporters of SB306 said the exception to the ban will not create any new, cyanide-leaching operations and that any new open-pit mine will have to get a permit, which requires the state to review its environmental impacts.

“When I came to this Capitol, I wanted to put people to work,” said Rep. Gordon Hendrick, R-Superior. “We’re not going to open up a whole new mining district. … They’re not just going to let them open up (anywhere). I want to put people back to work, but do it responsibly. And I feel this bill does it responsibly.”

“This (bill) does not go against what the initiative said,” said Rep. Duane Ankney, R-Colstrip. “(Initiative supporters) said they weren’t against mining, but the cyanide leach process.”

State officials said Thursday that any mine taking advantage of SB306 would probably have to be a new mine, because there is no active open-pit gold or silver mine in the state ready or able to ship any ore to the Golden Sunlight mine for processing.

Opponents of SB306 said the voter-approved initiative not only banned the cyanide leaching process, but also open-pit gold and silver mines. SB306 would allow new open-pit mines, they said, going against the will of the voters.

“What doesn’t the sponsor understand about the word ‘No?’” asked Rep. Virginia Court, D-Billings. “Montanans don’t like open-pit mining. … Please respect our voters. Please respect our constituents. Montana has spoken: No means no.”

Montana voters also rejected a mining-industry initiative in 2004 that would have overturned the original 1998 ban.

Rep. Tony Belcourt, D-Box Elder, whose district includes the defunct Zortman-Landusky gold mine in north-central Montana, said the former cyanide-heap leach mine has left behind a ruined landscape, polluted water and a $56 million bill for the public for cleaning up the mess.

“Let’s go back and talk about the responsibility of cleaning up that mess,” he said. “Can we all imagine what we’d do with $56 million if we weren’t cleaning up an environmental hazard created by these things? … If you want to do something for the future, today’s the day: Let’s vote no.”

Yet backers of SB306 said that state regulators have improved their oversight since disasters like Zortman-Landusky.

They also chastised bill opponents, who were mostly from urban and western Montana, for opposing natural-resource development but supporting using oil-and-gas money to help pay for schools.

“I just think that’s an incredible amount of hypocrisy,” said Rep. Austin Knudsen, R-Culbertson. “If these people want oil-and-gas money, they should vote for natural resource development in their own district.”

This unknown detail about Stonehenge might blow your mind

This unknown detail about Stonehenge might blow your mind

New book aims to teach history of US civil rights

New book aims to teach history of US civil rights

The Helena City Commission has approved a conditional use permit for a sex toy shop, but has set several stipulations.