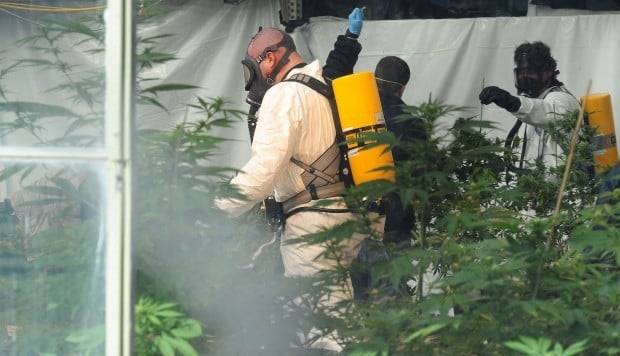 Federal agents from the DEA, FBI and ATF seize medical marijuana plants at Montana Cannabis during a raid at the Helena business Monday. 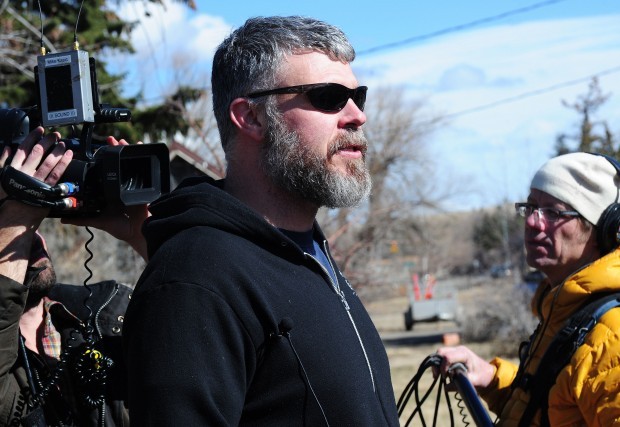 Chris Williams, co-owner of Montana Cannabis, speaks to a documentary crew Monday as his medical marijuana business was being raided. 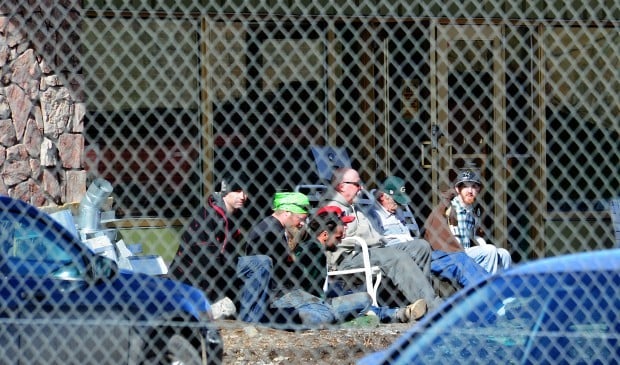 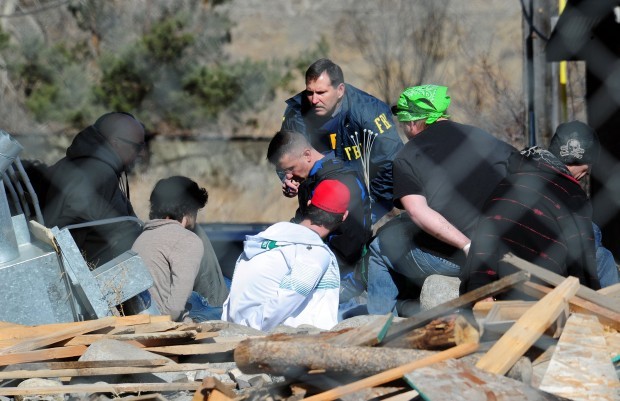 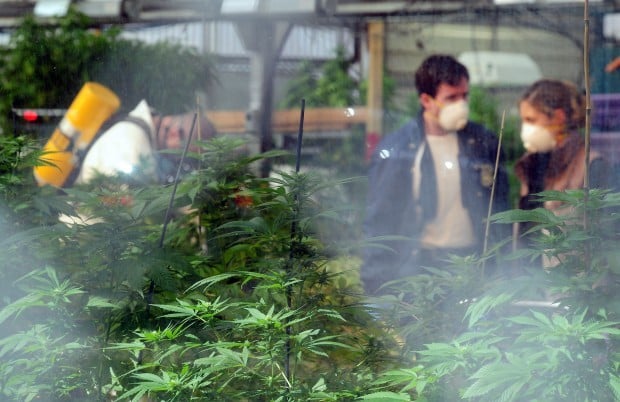 Federal agents with guns drawn raided a medicinal marijuana greenhouse on Highway 12 and one of the co-owners of Montana Cannabis says he was not given a reason why about 1,700 plants were taken Monday.

Chris Williams said about a dozen of his employees were handcuffed, detained and questioned.

Agents asked if he knew the operation was federally illegal, Williams said, but would not give him any information.

“That’s the surprise DEA raid — you don’t get a heads up,” he said, while standing outside the fence of the Montana Cannabis greenhouse.

Williams said he is waiting to see if he’ll be arrested.

Agencies involved in the raid included the Drug Enforcement Administration, the FBI and the Bureau of Alcohol, Tobacco, Firearms and Explosives.

A spokeswoman for the U.S. attorney’s office in Montana said she could not comment on the raid, one of at least 10 statewide. A statement would be released soon after the search warrant is unsealed by a court order, she said.

Williams said he saw the warrant for one of the company’s four stores.

“There were no ‘whys’ in the warrant,” he said Monday afternoon. “They said they’d call me when they’re done.”

“I guess they have a problem with sick people trying to heal themselves with medical marijuana,” he said.

Dutton said he met with the other agencies about two weeks ago to discuss the raid and he read through the investigation files, but declined to elaborate because even though his deputies assisted, it was a federal investigation.

“They were open about what they wanted to do,” Dutton said.

Williams told The Associated Press that raids were taking place at his business’ four locations. An advocacy group, Americans for Safe Access, said at least 10 businesses were raided in six cities across the state.

The DEA and U.S. attorney’s office would not confirm how many businesses were raided.

The AP also reported that Montana Cannabis employee Brett Thompson, 30, said he stepped outside to smoke a cigarette and saw agents running up the driveway.

“They came in, guns drawn, got us down on the ground and in cuffs as fast as they could,” Thompson said. Sheriff’s deputies and Helena police officers stood guard. Inside, agents in DEA and FBI jackets wearing respirator masks and blue gloves yanked waist-high plants from their pots and hauled them out of sight wrapped in blue tarps.

The warrant, which was for Big Sky Patient Care of Bozeman, did not say why the items were to be seized.

“It’s strictly a political move to stop us from providing medicine to sick people,” Williams said.

Agents took the company’s computers and data storage along with the plants, which Williams said were worth about $500,000. Williams said his partner’s vehicle and another car owned by an employee were confiscated as well.

By Monday evening, Williams said he had not received any answers but only more questions, including “where I had all of the money hidden.”

His bank accounts, both personal and business, have been frozen, he said.

From the side of Highway 12, passersby watched as agents confiscated the marijuana plants. As local law enforcement blocked the entrance of the greenhouse, the employees sat outside with hands cuffed behind their backs waiting to be questioned one by one. Williams said one employee was arrested on an outstanding warrant, but all of the others were released.

Barbara Trego, a worker at Montana Cannabis, stood outside crying as she watched the raid. The actions were “life threatening,” she said.

“We’ve got patients that could die just by what’s happened today,” Trego said. “We have cancer patients. If they don’t have their medicine for a week or two they will pass away.”

“We weren’t trying to hide anything. Our windows are open. Our door was open,” she said.

Read the Independent Record's past coverage of Chris Williams and Montana Cannabis.

The trial of Christopher Williams, the only defendant so far to challenge federal medical marijuana raids in Montana, started Monday in Helena.

Here are some of Budweiser's best Super Bowl ads ever

Here are some of Budweiser's best Super Bowl ads ever

Federal agents from the DEA, FBI and ATF seize medical marijuana plants at Montana Cannabis during a raid at the Helena business Monday.

Chris Williams, co-owner of Montana Cannabis, speaks to a documentary crew Monday as his medical marijuana business was being raided.