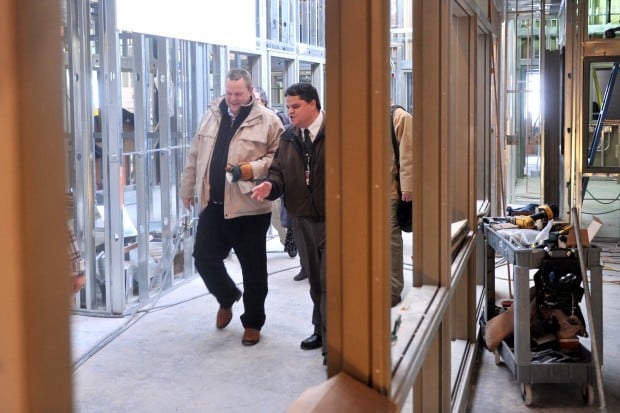 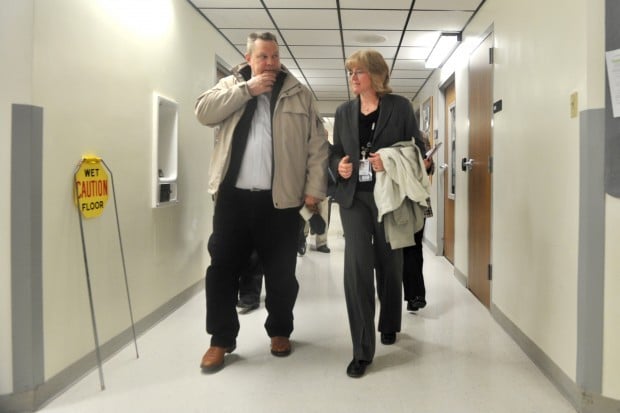 For veterans with post-traumatic stress disorder or other mental health injuries, inpatient care from the VA has meant a trip to Idaho, Wyoming or South Dakota, often leaving families behind.

The new $6.7 million, 24-bed inpatient mental health wing of the VA hospital at Fort Harrison, scheduled for completion this spring, will bring care closer to home. And it’s a step toward recognition and care of health conditions that have historically been ignored.

“It’s societal. We tend not to want to address these issues because they make us uncomfortable,” said U.S. Sen. Jon Tester, D-Mont., on a tour Tuesday of the hospital and the new wing under construction. He called PTSD the “signature injury” of Iraq and Afghanistan veterans, and said the nation failed its Vietnam-era veterans on mental health care.

“We need to treat this class of veterans better,” he said.

The new wing will include eight beds for PTSD, eight for acute inpatient mental health care and eight for substance abuse treatment. All beds will be in private rooms with private bathrooms. The acute care section will have enhanced security.

It will be the VA’s only inpatient mental health facility in Montana.

Congress boosted the VA’s budget in recent years, and Tester said the next step was convincing the VA that the new infrastructure should be a priority.

“It’s a step in the right direction,” said Tester, who is a member of the Senate Appropriations and Veterans Affairs Committees. “There’s still more we need to do.”

The new building comes as the VA is taking more steps nationally to recognize PTSD. In July, the VA changed its regulations to eliminate the need for a veteran to prove an encounter with hostile military action in order to receive disability for PTSD.

The number of veterans who could be suffering from PTSD is huge. By some accounts, one in five Iraq and Afghanistan veterans suffers from PTSD or major depression. Studies cited by the VA found 12.1 percent of Gulf War veterans, and 13.8 percent of Operation Enduring Freedom and Operation Iraqi Freedom veterans, met some criteria for PTSD. In 2008, suicides among veterans were three times that of the general population.

Montana has the second-highest percentage of veterans in its population, Tester said. And mental health advocates agree that staying close to family can be an important element of recovery and healing.

Fort Harrison, the only acute-care VA facility in the state, could be a good location for such a new service as well. According to a VA survey, more than 70 percent of inpatients in each quarter of 2009 — and more than 80 percent in one quarter — rated the facility “very good” or “excellent,” exceeding the agency’s goal of 60 percent. VA facilities in its Rocky Mountain administrative region overall met that target in only one quarter of 2009.

“This place has taken outstanding care of me for the last 15 years,” said Army Lt. Col. (ret.) Jess Stovall, encountering Tester in the elevator at Fort Harrison. He said the VA has been his sole provider over that time, with services including a total hip replacement.

James A. Freeman was scheduled for release from the hospital Tuesday, after treatment for breathing difficulties he encountered while hunting.

“I’ve been coming here for years,” he said. “They take care of you. It’s a great hospital.”

Now 70 years old, Freeman said some of his six kids want him to move closer to them. He said he’s staying in Helena, his home for 50 years, in part because of the health care here. And, he loves the community and his hobbies, including hunting and sapphire mining.

He didn’t want to discuss his own military experience, two years and four months in the Army, including time overseas.

In all, 39 people were convicted and more than $750,000 in fines, restitution and forfeitures have been collected in the yearslong case involving Hidden Hills Outfitters.

Authorities are looking for a teen who ran away from his home Jan. 24.

A suspect described as a "very dangerous individual" is now in custody in Jefferson County, according to the sheriff's office.

Ex-insurance agent gets jail, must pay restitution, for insurance fraud and theft

He was ordered to pay $150,000 in restitution to six victims who he committed criminal insurance fraud against.

Logan Sea Pallister, the man accused of making threats to attack Helena High School last May, will be arraigned on federal charges at 10 a.m. Jan. 31 in U.S. District Court of Montana in Great Falls.

The Helena City Commission approved the change of a zoning district south of Custer Avenue to allow a four-story apartment complex proposed to be built on land abutting WinCo Foods.

This Is Montana: Ekalaka — a remote outpost rich in history, culture, viewscapes

The explanation for Ekalaka's creation? “Hell, any place in Montana is a good place for a saloon.”

Earth's inner core may have stopped turning and could go into reverse, study suggests

Scientists are weighing in on what it might mean.