Southgate Mall's plans include a multi-screen theater attraction, the first of its kind in the state of Montana. 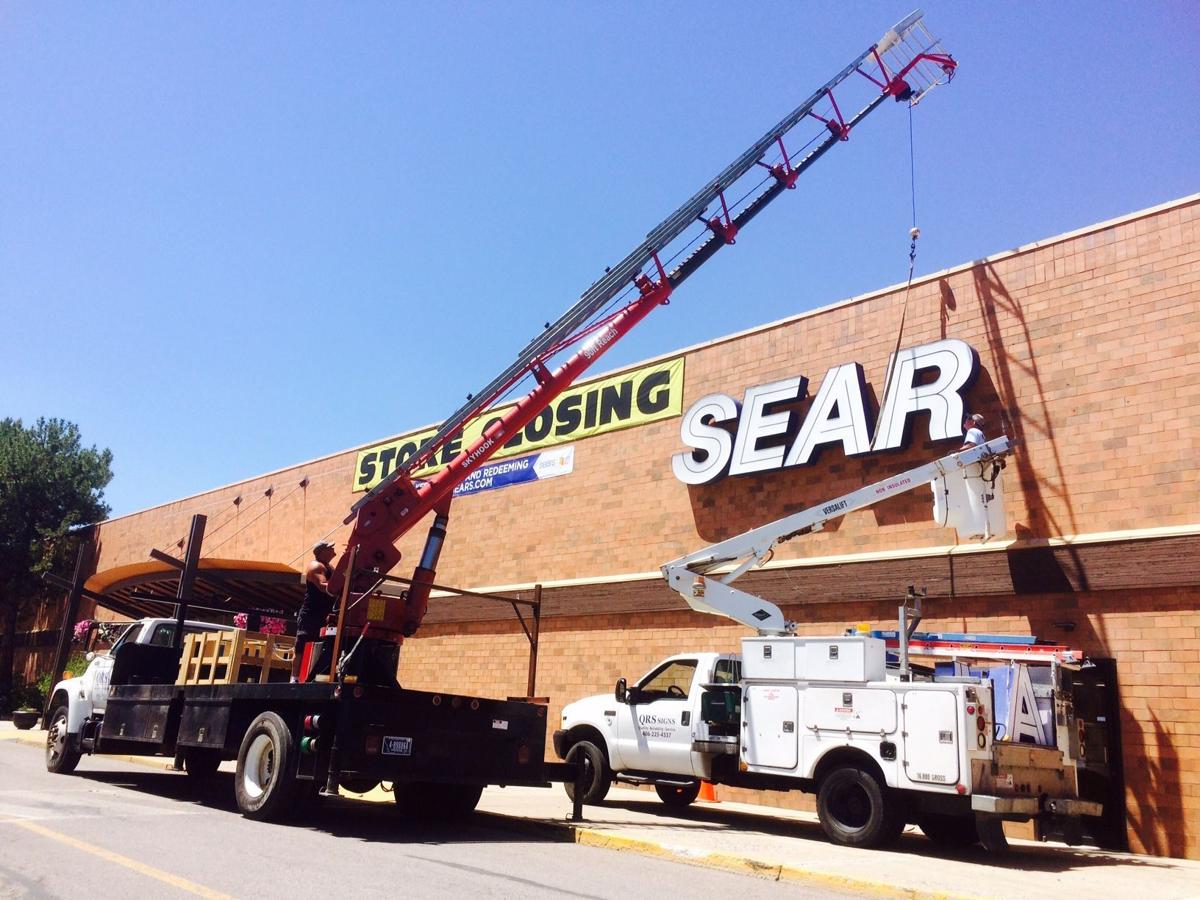 Southgate Mall has unveiled plans for a $70 million transformation of its property, complete with a dine-in movie theater, renovation of the Sears store, and other additions. It's also seeking roughly $12.9 million in public assistance to complete the project. 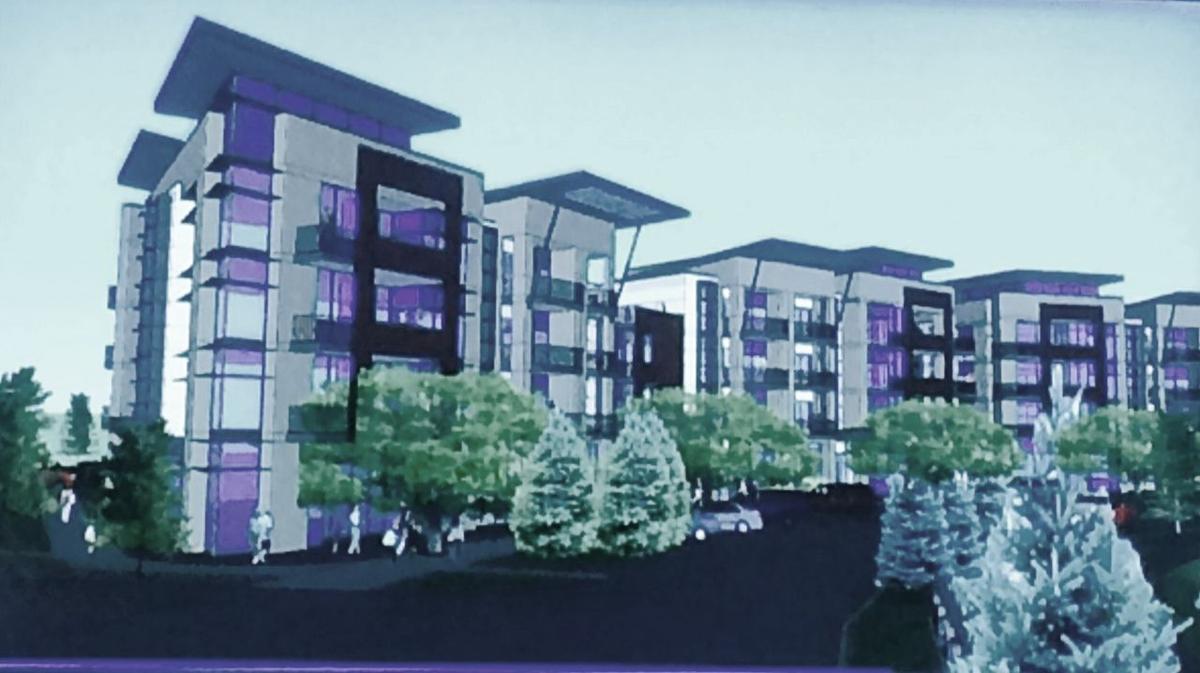 Phase 4 of Southgate Mall's plans for the future include 300 housing units in six modern buildings set around a 2-acre park.

A new dine-in movie theater and a multimillion-dollar renovation to Southgate Mall may depend on the steps taken by the Missoula Redevelopment Agency and the City Council, both of which must decide what role public assistance will play in the project.

In a meeting that lasted nearly three hours, the MRA Board of Directors on Thursday agreed to recommend to the City Council to take the necessary steps to bring the mall into Urban Renewal District III, representing the first hurdle in the mall’s larger project.

Annexing the mall into the district would allow it to request tax increment financing to help fund a portion of its $70 million plan. But the mall is also seeking roughly $12.9 million in public funding to bring that project to fruition – a figure that raised concerns among the board during Thursday’s special meeting.

“This is new for us,” said board member Karl Englund. “We’ve never dealt with anything of this magnitude at one time.”

“This is an odd deviation from our normal process,” added board member Dan Kemmis. “The size of the commitment is substantial and it does exceed the public-to-private ratio substantially.”

Southgate Mall Associates said the public portion of funding is essential for the project to move forward. The mall’s owners, surrounding residents, local contractors and MRA staff believe the project would have sweeping implications for the betterment of Missoula’s south side.

The owners have already invested $18 million in private funding to acquire more property, including the old Val-U Inn, Curley’s Broiler and the Sears store, and they’re ready to move forward with a $45 million expansion of the mall itself.

But if the pieces of the larger project are slowly whittled away due to the city’s apprehension to the upfront costs, backers warned, then the entire project could crumble.

They urged the board to consider the big picture, along with the benefits the project would bring down the road.

“TIF was created to take things that are hard to pull off, to fill a gap, augment and to leverage that development in a way that otherwise couldn’t be done,” said Peter Lambros of Southgate Mall Associates. “It’s meaningful and the project will go further with the support we’ve requested.”

The project’s first phase would include a multi-screen, dine-in movie theater, and it’s looking to break ground this November with an opening in 2016.

A new entry plaza to the mall is also planned, along with a lifestyle retail building and the demolition of several structures on the property.

The initial phase would also see the construction of a new public street crossing mall property. The road would eventually connect Brooks and South Reserve streets via Mary Avenue.

Lambros said the project’s timing is significant to its success. Further delay by MRA’s board could jeopardize the project, and the City Council has yet to vote on whether to renew the life of District III.

If the council fails to renew the district, efforts by the mall may be in vain.

“We feel the timing is critical right now,” said Lambros. “Some of the uses and caliber of tenants that we know (of) are critical to make something like this work, and we have them in hand. You can see some of them in the actualization we have before you right now.”

Lambros said Missoula’s retail market has appeared on the national stage thanks in part to Kohl’s opening its only new retail store in the city last year. He said Missoula remains the smallest market in the country to have an Athleta and an H&M Store, which is now under construction.

“Those things start to build on each other,” Lambros said. “We have a deal done – assuming our contingencies for all the necessary improvements and entitlements occur – for a state-of-the-art entertainment theater facility. These things aren’t easy to pull off financially.”

The project’s theater phase would cost $20.6 million with $2.9 million coming from public funding. The other half of phase 1 would cost $21.3 million and include $5.4 million in public funding for improvements to public infrastructure.

Phase 2, which includes additional road infrastructure and more retail and office buildings, would cost roughly $14.9 million, with $4.7 million coming from TIF. Phase 3 would improve Mary Avenue from the edge of the mall’s property to Reserve Street, costing $2.2 million.

The final phase would include roughly 300 housing units contained in six modern buildings. That phase would cost $64 million, with $6.1 million coming from TIF.

“This infrastructure lays the groundwork for subsequent phases,” said MRA Director Ellen Buchanan. “This is one of those projects that needs to be font-end loaded in order to be successful.”

While the city faced similar challenges when it invested public funding to lay the groundwork in the Old Sawmill District for future development, that process took years to come together and lengthy back-and-forth negotiations.

The Southgate project represents something the city hasn’t tried before, and the speed at which the project is moving gave some board members pause.

The state is behind in releasing its new taxable values and the board didn’t have the numbers on hand to show that District III could support $12.9 million in bonding.

Staff members, however, were optimistic and expected to receive the valuations any day. If the valuations come back favorable, the district could likely afford the project.

They also noted that the bonding amount would decrease each year as the mall moved deeper into its multi-phase development, increasing the investment that goes back into the district.

“Before Kmart came down, our revenue was a little over $2 million a year,” Buchanan said of District III. “It should be back in spades this year with Kohl’s, Cabalas, Boot Barn, Petco, Men’s Warehouse, MacKenzie River – whatever else was there in January. We should be well over $2 million.”

Several board members scrutinized the mall’s request that the city purchase a right-of-way on mall property to construct a new public street connecting Brooks with Reserve.

“It seems to be a little unusual in having a developer hoping we’ll pay them for a right-of-way across their property when the primary beneficiary will be the (developer),” said Kemmis. “I’d be more comfortable if you (MRA staff) came back to us with additional information.”

Not all board members agreed.

“The way I look at it, you’re creating a new street network,” said board member Ruth Reineking. “It’s a public transportation improvement. It doesn’t just serve Southgate Mall. It has public benefits.”

Staff members did agree on the project’s value, calling the plan and the mall’s out-front efforts “spectacular.” They also understood the urgency and the mall’s efforts to take advantage of low interest rates and market momentum.

They also noted the risk of not taking action, saying that other malls across the country are failing. In the event that Southgate Mall did fail – it's financially strong currently – the empty building would spread blight and cost much more to raze for another use.

MRA said the construction project would create 900 temporary jobs and an estimated 300 permanent jobs in hospitality, retail, theater and office.

One nearby resident and business owner spoke in favor of the project, regardless of the cost.

“This can’t happen fast enough for us,” she said.

Nearly three years ago, the Montana Department of Transportation lowered the speed limit on Brooks Street to 35 miles per hour, a move intende…

The Missoula Redevelopment Agency’s board of directors on Monday approved a request to apply $6.9 million in tax increment financing to help b…

Property owners in Missoula will see a smaller increase in taxes than first expected this year, thanks to an expanding tax base driven by new …

Construction of the new Stockman Bank building in downtown Missoula is expected to break ground this fall, though work to relocate overhead ut…

When the Missoula Redevelopment Agency’s board of directors asked what was replacing the old market on East Broadway, the reply came with a ca…

Supporters of building a public road through Southgate Mall property are urging city leaders to recognize the project’s benefits, suggesting i…

With a $23 million project gearing up, the Missoula City Council on Monday moved to annex a parcel of property off North Reserve Street, setti…

Crews deconstructing the old Safeway store on West Broadway should finish work this month, clearing the way for plans to erect a new medical o…

Roundabouts planned for Missoula's I-90 interchanges

The Montana Department of Transportation is finalizing plans to construct roundabouts at two Interstate 90 interchanges in Missoula, though th…

A team of investors unveiled plans to redevelop a seven-acre parcel in downtown Missoula on Wednesday, an ambitious vision that represents one…

With growth pressure mounting but infrastructure lacking, the city of Missoula on Wednesday selected an engineering firm to create a master pl…

Southgate Mall has plans for Sears property; H&M under construction

Southgate Mall looks to future as Missoula's south side redevelops

It’s estimated that 15 percent of the nation’s malls will fail over the next 10 years, but the owners of Missoula's Southgate Mall have pledge…

Southgate Mall's plans include a multi-screen theater attraction, the first of its kind in the state of Montana.

Southgate Mall has unveiled plans for a $70 million transformation of its property, complete with a dine-in movie theater, renovation of the Sears store, and other additions. It's also seeking roughly $12.9 million in public assistance to complete the project.

Phase 4 of Southgate Mall's plans for the future include 300 housing units in six modern buildings set around a 2-acre park.