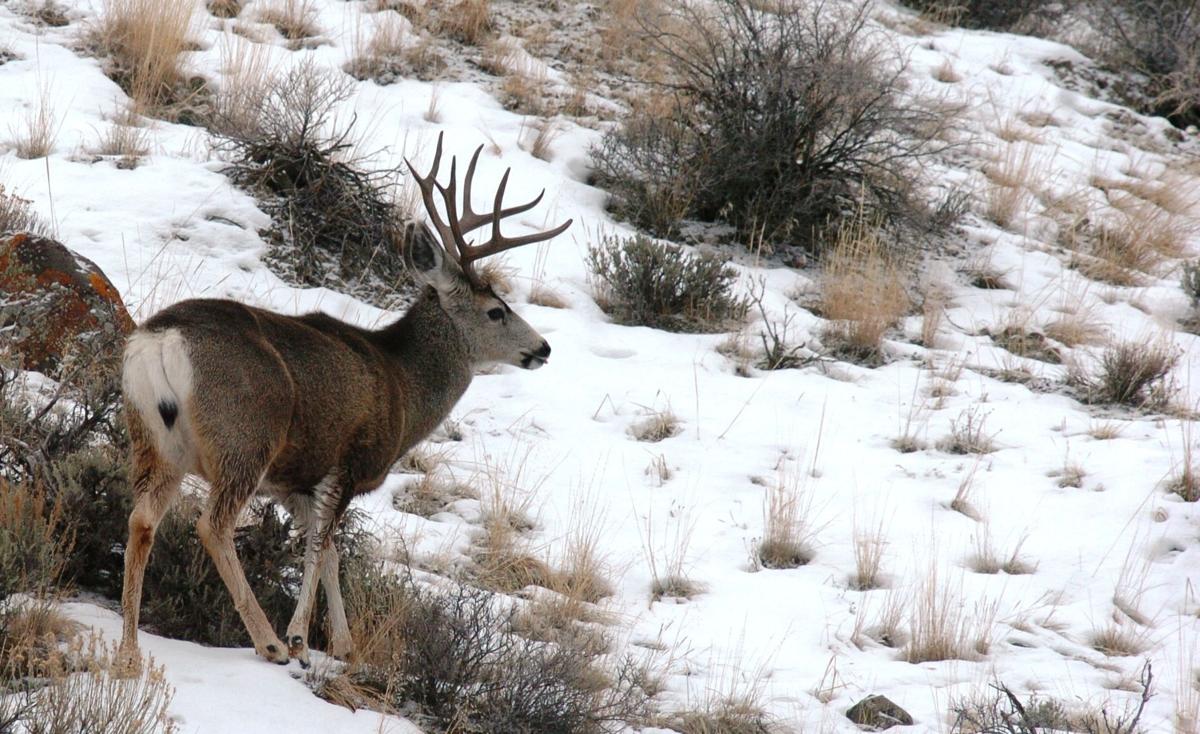 Mule deer numbers have rebounded in many parts of Montana. Based on modeling using surveys and harvest, biologists estimate more than 363,000 mule deer now roam the state, compared to an average of just under 283,000. 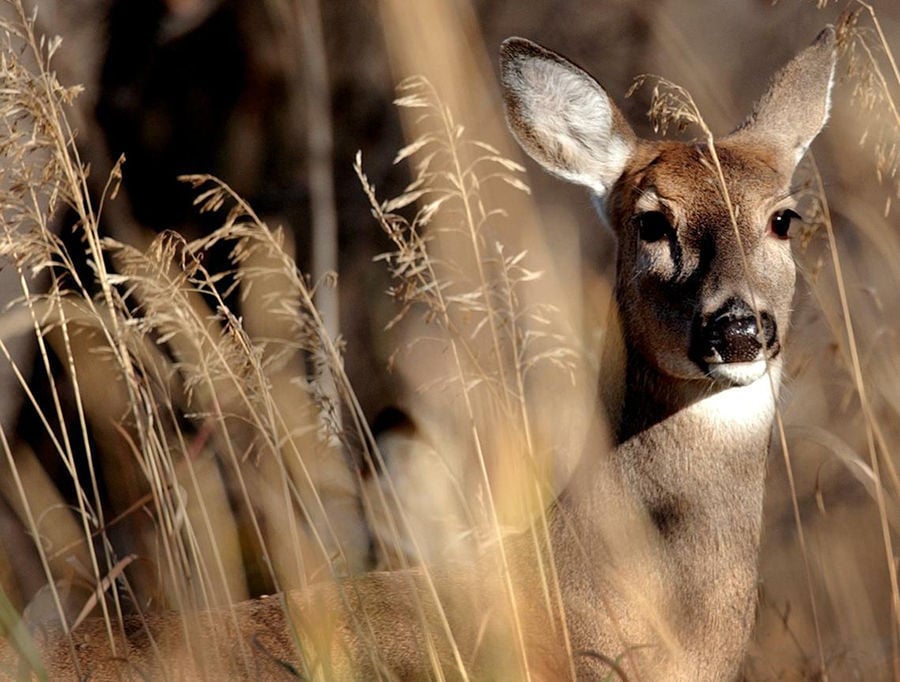 A whitetail deer is pictured in this file photo.

Whether it’s glassing timberline for the telltale white rump of a mule deer or silently watching a river bottom for a whitetail to emerge, deer hunting in Montana is opportunity rich.

Hunters struggled in most areas last hunting season, faced with above-average temperatures and little snow. Then the weather took a nasty turn in December, dumping heavy snow across much of western Montana with temperatures plummeting far below zero.

Despite a brutal winter, deer populations came through largely unscathed, except for northwest Montana.

“In most of the state the winterkill was minimal, really not bad,” said John Vore, Montana Fish, Wildlife and Parks game management bureau chief. “But in the northwest part of the state, the snow really lasted a long time so we do have some concerns about that. But for the rest of the state it was really good for deer and antelope.”

Deer are largely on an upward trend statewide, Vore said, with northwest Montana being the notable exception. That trend has come with a bump in antlerless licenses for some areas.

Mule deer estimates for Montana in 2016 put populations well above the 10-year average. Based on modeling using surveys and harvest, biologists estimate more than 363,000 mule deer roam the state, compared to an average of just under 283,000.

Mule deer are coming out of population lows in many parts of western Montana. Concerns about trends led to cuts in tags and requiring validation for some areas, meaning a hunter can only hunt buck mule deer in a chosen district.

Trophy districts in the Bitterroot Valley remain some of the most sought-after tags of any species in the state, while many hunters prefer the easier access of central and eastern Montana, particularly for the late-season rut when bucks seem to appear from their hiding places.

Broken down by region, more than 41,000 mule deer occupy Region 3, which requires validation by district to hunt them. The higher populations in eastern Montana and the rolling agricultural land of north-central Montana can be hunted over-the-counter.

“We’re seeing abundant numbers of mule deer on private land,” said Adam Grove, wildlife biologist for an area that includes the Elkhorns and Big Belts along Canyon Ferry Reservoir. That has allowed a bump in antlerless tags valid off of national forest land, he said.

Although in many areas both mule deer and whitetails share territory, the latter is known as a low-country species mostly occupying river bottoms and agricultural land, although some fine whitetail hunting can be had in the pines and spruce forests of western Montana.

The latest statewide estimates for whitetail deer are also above the long-term average. The 2016 estimate based on surveys and harvest put Montana’s whitetail population at nearly 221,000, compared to the 10-year average of about 204,000.

More than 24,000 whitetails occupy southwestern Montana with bucks hunted on a general tag. The highest statewide populations are in regions 1 and 2 with more than 115,000 whitetails, but Region 1 was the hardest hit for winterkill due to heavy and lasting snow.

“Whitetails continue to be robust,” Grove said of his area, which includes both river bottoms and foothills.

Often known as a wilier species than their muley cousins, many whitetails are hunted with tried and true methods such as stands or posting. Attempting to stalk a buck in his bed can be an exercise in futility, as he flushes like a pheasant and offers only a glimpse before a shot can be fired.

Montana’s lengthy archery and general seasons could not be more different when it comes to hunting either species.

Hot and buggy archery hunting can yield opportunities for unhunted animals, including the possibility of a velvet buck in the first week or so of the season. Before they wise up or go nocturnal, spending some time scouting to pattern deer and then intercepting them when the time is right can pay major dividends.

Just ahead of the general season, youth have a special opportunity with a two-day deer only hunt for 12 to 15-year-olds. This year the youth hunt falls on Oct. 19 and 20.

Once the general season rolls around, those first shots can cause older bucks to disappear. But rest assured as soon as the rut kicks in, they will return in search of does and may slip up just long enough for hunters to capitalize.

Is a retail credit card worth it?

Another set of scientists, this one more than five-dozen deep, is sounding the alarm over Snake River salmon and steelhead, saying if the imperiled fish are to be saved, the four lower Snake River dams must go.

The International Fly Fishing Film Festival will be available online beginning Feb. 24, featuring 11 films, six- to 16-minutes in length, from all corners of the globe showcasing the passion, lifestyle and culture of fly fishing.

Mule deer numbers have rebounded in many parts of Montana. Based on modeling using surveys and harvest, biologists estimate more than 363,000 mule deer now roam the state, compared to an average of just under 283,000.

A whitetail deer is pictured in this file photo.