When they put the word out on social media, the founding members of Last Chance Fly Gals didn’t know what to expect ahead of their first meeting in January.

“We were hoping for 70, but there were 140 women that showed up, and it’s only grown from there,” said Shalon Hastings. “We’ve gotten tremendous support.”

From that winter meeting Last Chance Fly Gals has become a place to network on fishing trips, talk gear and organize seminars on angling skills. The 140 women have grown to more than 270 members on Facebook, and the group recently became an affiliate organization of the Pat Barnes Chapter of Trout Unlimited, allowing them to raise funds for future events.

“It’s just a way to get women together, and through that I’ve met a bunch of new friends to fish with,” said Anna Lindstrand, adding that she especially enjoys discussing gear. “I really like the idea of helping women get into the sport. It wasn’t intimidating for me because I grew up in Montana and my dad was a fisherman, but I think it’s intimidating for a lot of gals, and some women aren’t comfortable going alone.”

Last Chance Fly Gals was founded amid a trend in the state of women-specific fly-fishing schools and groups, along with national organizations such as United Women on the Fly. It also comes with growing recognition in the fly-fishing industry of the importance of female anglers as both customers and advocates.

“We’re all protective of our streams and our resources, but my belief is the more people who are actively using it and enjoying the benefits of that resource, the more who are going to fight for that resource if it’s threatened,” Hastings said.

Campaigns such as Orvis’ 50/50 on the Water aims for gender parity in fishing coupled with a line of gear. Other manufacturers like Simms have focused their attention as well on growing the number of female fly anglers hitting the water.

“Many years ago when you didn’t see other women fishing, I was out there looking for gear and you couldn’t then find gear for women, everything was men’s gear,” Lindstrand said. “The tide has turned on that because for those companies, 31 percent of the fly-fishing industry is women; that’s their biggest growing sector.”

Amy Glasscock as well as Hastings and Lindstrand were all introduced to fly-fishing at a young age and shared similar reasons for enjoying it.

Glasscock recalled watching her father and uncles fish and later receiving her father’s rod. After a couple of years on her own she ventured out with some experienced anglers. That was when things really began to click.

“Pretty soon it was this moving meditation, it truly is stress reducing, and it’s so cool to be able to connect with nature in that way, with your feet in the water and just walking in a beautiful place,” she said. “Fishing is almost irrelevant sometimes with the act of being out there.”

Hastings learned the basic cast from her father, who built his own rods and tied his own flies. Believing she knew what she was doing, Hasting said she was later “taken to school” three years ago while dating a guide on the Missouri, finding out there was much more to fishing than just casting a dry fly onto the water. The challenge made her not only a better angler, but also want to pursue becoming a guide.

Lindstrand agreed, saying she fished all her life but it was only later on when it became a passion.

“I’m a water person, so just being in the streams was the only time I could stop thinking about things because fishing takes a single point of focus,” she said. “Then of course when you get a big fish on your line, you can think about that weeks later, years later.”

And fishing with women along with introducing others has made the sport they love that much more special.

“I would say if you’re on the fence it’s probably because you’ve already been out fishing with guys, and women, they just have more fun when they fish together,” Glasscock said. “It’s not competitive. When you go with women it’s just fun. You learn things, and it’s relaxed.”

Aside from some new friendships, cultivating new fishing partners comes with tangible benefits as well.

“In my selfishness, I want to see more water, and I know that all these other women, if we get the opportunity to get out together, we’re going to be showing each other places,” Hastings said.

When it comes to taking that first step into fly-fishing, Lindstrand, Hastings and Glasscock recommend not only joining the Facebook page and attending meetings and events, but going into a local shop and asking for advice.

“You have to have a passion for fly-fishing,” Lindstrand said. “ ... It’s something you have to do a lot to get good at, but you’re not going to know if you don’t try.”

"It truly is stress reducing, and it’s so cool to be able to connect with nature in that way, with your feet in the water and just walking in a beautiful place."

Cooler temperatures tend to perk up a fisherman.

CLEARWATER JUNCTION — Not all developed campgrounds lie at the end of trails.

Distilleries: Slip in a sip of summer before the fall rush

If you want a last swallow of the spirited summer of 2018, you’ve got just a few weeks to visit the Missoula-area distilleries to taste their summer fare. In early to mid-September, most will switch from the light, sunny, hot tastes of summer to the warming, spicy, savory flavors of fall.

I went out to the chicken coop to gather eggs for breakfast at the Bitterroot River Bed and Breakfast in Stevensville. 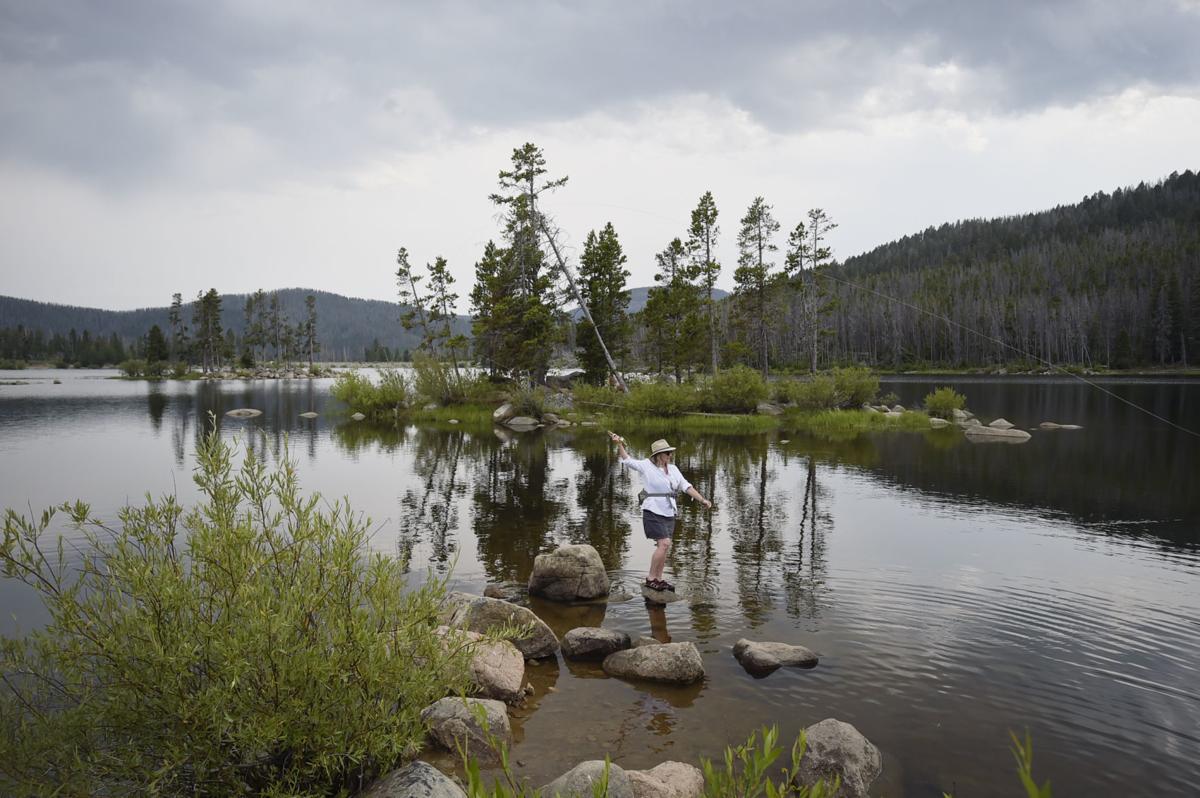 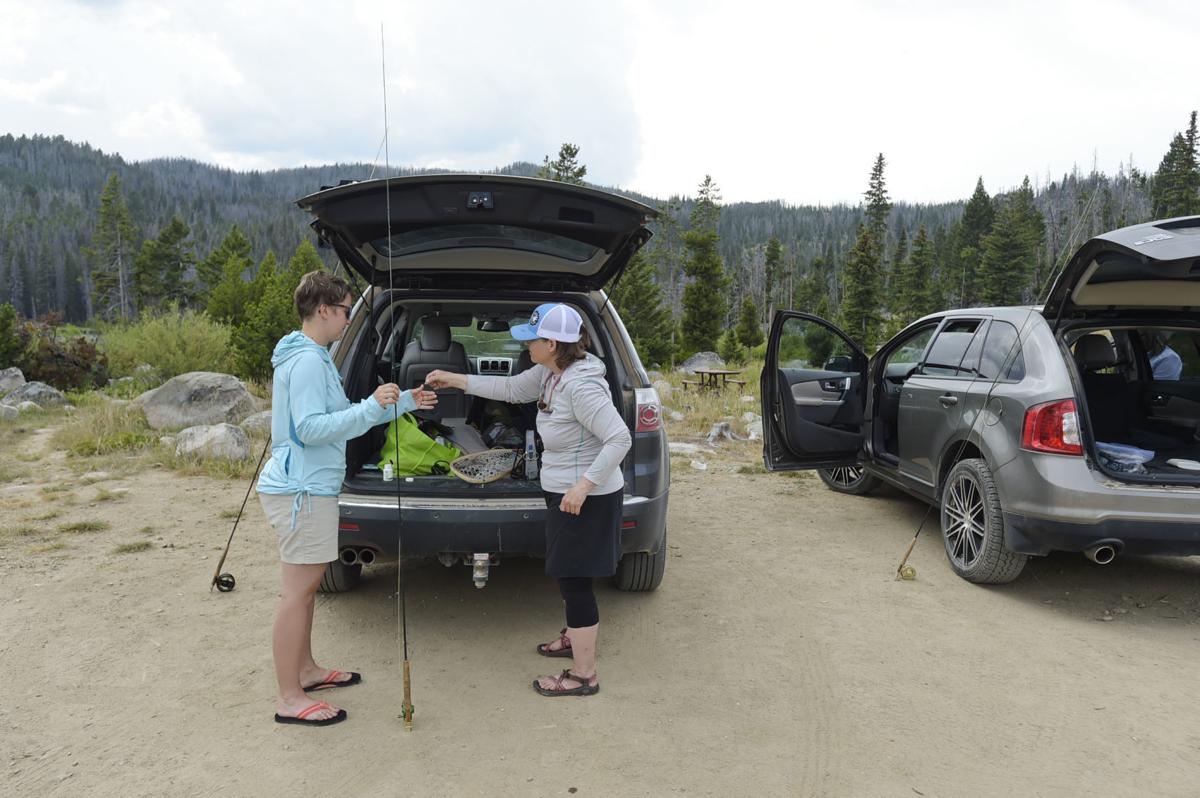 Jennifer Davis, left, and Shalon Hastings rig up their rods on a recent fishing trip to Park Lake south of Helena. 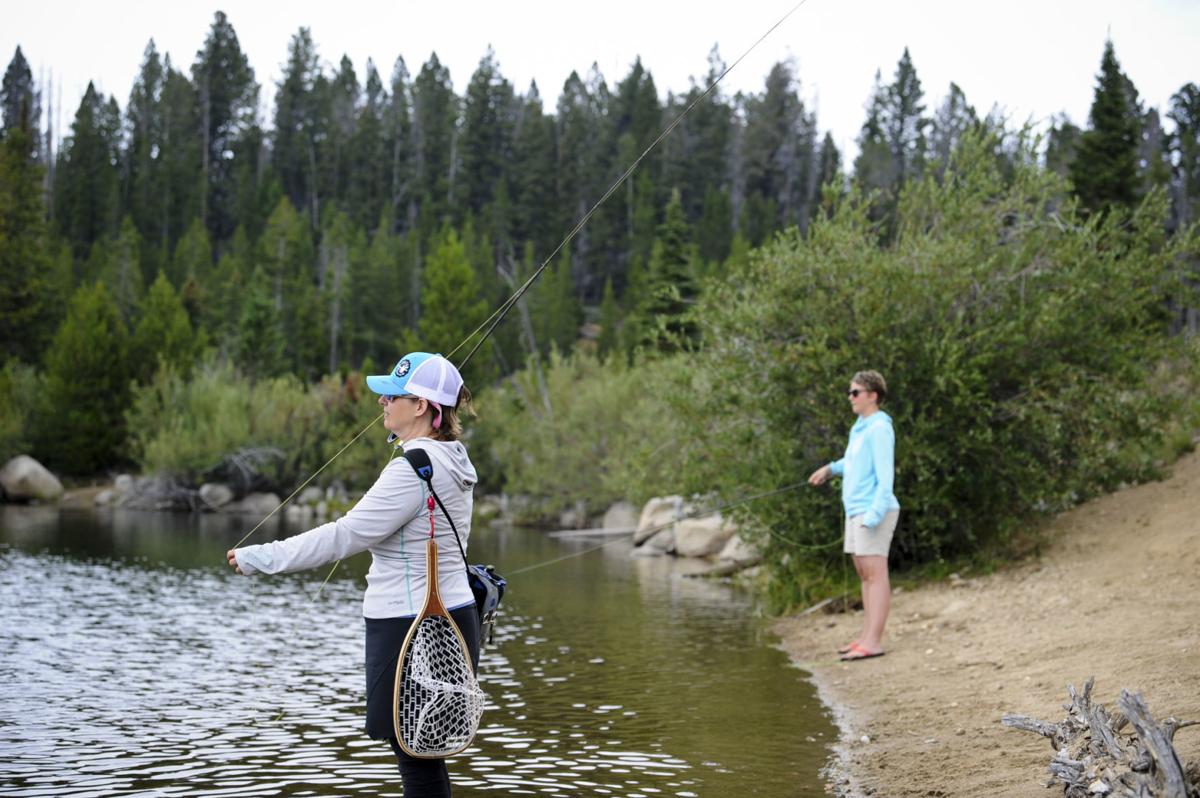 Shalon Hastings, a founding member of Last Chance Fly Gals gives some helpful casting tips to Jennifer Davis, right, on a recent fishing trip up to Park Lake with some women from the fishing group.