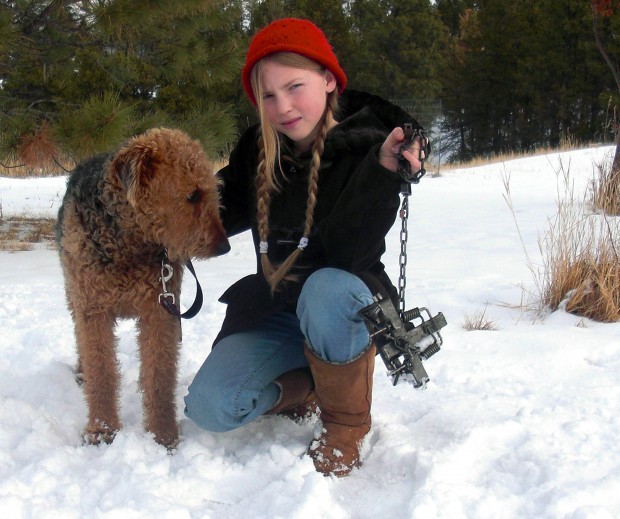 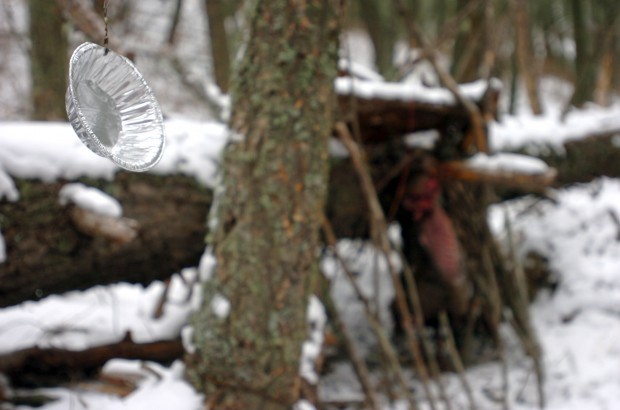 Martin J. Kidston Independent Record | Footloose Montana is asking voters to pass an initiative this November that would ban trapping like this on all public lands. The Montana Trapping Association opposes the bill, saying Footloose is using emotion and a few isolated events to put an end to a long-standing Montana tradition. 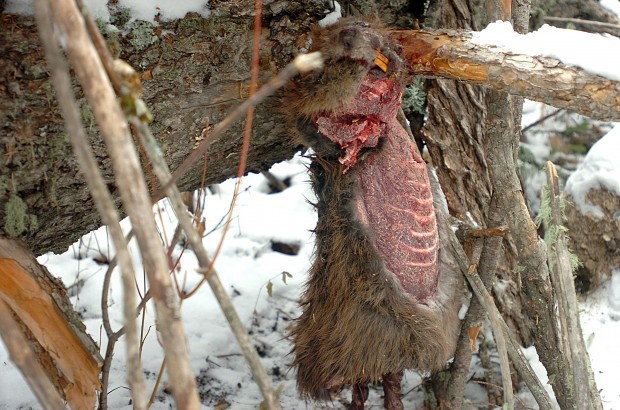 Martin J. Kidston Independent Record | A decaying beaver hangs by a wire noose in a foothold trap near Vigilante Campground. The photo was taken roughly two weeks before a Helena woman's dog was caught in the trap. Officials with Montana Fish, Wildlife and Parks later determined the trap was legally placed.

YORK — She had just finished skiing with her dog when she heard a noise that has yet to leave her. It came from the woods just beyond the campground.

“Screaming isn’t the right word, and yelping isn’t either,” said Betsy Brandborg, an avid Helena hiker. “It sounded like my dog was under attack, like she was in a real fight. I thought she was tangling with some coyotes or a lion.”

As it turned out, her dog was caught by both front paws in a foothold trap near Vigilante Campground in the Big Belt Mountains. It took her several minutes to locate the animal and free it from the trap’s steel bars.

“She was down on her belly all stretched out,” Brandborg said of her dog. “I was able to use my thumb to release the trap.”

Located near the mouth of Trout Creek Canyon and a series of popular trails, the trap had been there for weeks, if not longer, with a decaying beaver hanging as bait from a wire noose.

The trap was also found by another woman’s dog during a weekend class held in the area. Fish, Wildlife and Parks looked into the trap and its location and determined it was legally set.

But Brandborg’s tangle with the trap isn’t the first time a Montana pet has become caught near a recreation area. In fact, according to Footloose — a group that formed in 2007 to oppose trapping on public lands — at least five pets have become caught in Montana traps this winter.

The first occurred in November when a dog was caught in a foothold trap near the Bitterroot River. The latest incident happened last week when a beagle was snared by the neck while hiking with its owners near Skalkaho Pass.

Voluntary survey results published by FWP suggest trappers harvest around 40,000 animals each year — animals they target for trapping. The numbers don’t include non-targeted animals, or those trapped by accident, according to Footloose.

The group has also accused FWP of not regulating trappers beyond a “few woefully lax rules and suggestions.” As a result, it is pushing a ballot initiative (I-160) this year that would outlaw trapping on public lands if approved by voters.

But Tom Barnes, president of the Montana Trappers Association and chairman of Montanans for Effective Wildlife Management, which formed to oppose the Footloose initiative, hopes voters consider the bigger picture when casting their vote.

Barnes, who has trapped for more than 40 years, believes Footloose is capitalizing on emotion and is using a few mishaps to drum up support in order to ban a long-standing Montana tradition.

“We as fur harvesters, as species harvesters, don’t want to catch someone’s pet,” Barnes said. “I have a dog of my own that I love dearly. It’s not like we’re out there attempting to catch domestic animals.

“But that organization (Footloose) wants to make it sound like they’re getting caught every day, and that’s just not the fact.”

Montana sells around 4,700 trapping licenses per year, Barnes said. Not all the licenses are necessarily active, though some figures suggest that around 3,000 individual trappers are currently working the state’s forests and draws.

Barnes traps mostly around the Dillon area and admits to harvesting “most all species.” He primarily conducts what he called damage control for ranchers and farmers, focusing on beavers, muskrats and certain predators.

“Trapping is an important wildlife management tool,” Barnes said. “We as an organization encourage education — the education of trappers and the education of young up-and-coming trappers — to use the most effective means of harvest. We encourage the ethical treatment of animals.”

The furbearer coordinator for FWP didn’t return calls for this story. But Mike Korn, the agency’s assistant chief of law enforcement, said the trap in which Brandborg’s dog had been caught appeared to be legally set.

Korn called the accidental trapping of Brandborg’s dog unfortunate, and he doesn’t blame Brandborg for taking the trap, though doing so, he added, is illegal.

“Trapping is a pretty integral part of the way of life in Montana,” Korn said. “When we receive complaints about trapping, it’s usually when something goes wrong, or when someone’s trapping in a place they shouldn’t be. But generally, it’s not a huge issue.”

When hiking with his own family dog, Korn said he tells his kids to keep it on a leash, knowing the potential presence of traps in the woods.

That’s of little comfort to the members of Footloose and Brandborg, who said she’s had three dogs caught in wildlife traps — experiences she described as “horrible.”

“No animal should ever have to suffer like that and then wait days for someone to come along and shoot it,” she said. “I would love to see these animals in the wild, not their pelts in a store or as a decoration.”

Voters will decide on Initiative 160 this November, which, if passed, would ban trapping on public lands. According to Trapping Today, the bal…

Martin J. Kidston Independent Record | Footloose Montana is asking voters to pass an initiative this November that would ban trapping like this on all public lands. The Montana Trapping Association opposes the bill, saying Footloose is using emotion and a few isolated events to put an end to a long-standing Montana tradition.

Martin J. Kidston Independent Record | A decaying beaver hangs by a wire noose in a foothold trap near Vigilante Campground. The photo was taken roughly two weeks before a Helena woman's dog was caught in the trap. Officials with Montana Fish, Wildlife and Parks later determined the trap was legally placed.
© Copyright 2020 Helena Independent Record, 2222 Washington St. Helena, MT | Terms of Use | Privacy Policy
Powered by BLOX Content Management System from TownNews.com.
You don't have any notifications.