A Missoula-based wilderness advocacy group has blasted the Forest Service, Yellowstone National Park and the Montana Department of Fish, Wildlife & Parks for a proposal to poison trout in the Absaroka-Beartooth Wilderness.

“We believe the project as proposed is contrary to the letter and spirit of the Wilderness Act,” wrote Kevin Proescholdt, conservation director for Wilderness Watch, in an April 21 letter to the agencies.

Proescholdt was responding to a March proposal by the agencies to poison nonnative rainbow trout in the Buffalo Creek drainage. The creek is a tributary to Slough Creek in Yellowstone and a main source of rainbow trout infiltration into waters the park has been attempting to establish as a stronghold for native Yellowstone cutthroat trout.

“We appreciate concern for the long-term viability of Yellowstone cutthroat trout, and we appreciate that it and many other species have been and will be greatly impacted by human influence, including climate change,” Proescholdt wrote. “But intensive intervention and manipulation projects such as the one here raise concerning questions over the long-term viability of Wilderness as well.”

To remove rainbow trout from Buffalo Creek, the agencies proposed applying poison along 47 miles of the stream as well as in lakes and beaver ponds in the headwaters. To conduct the backcountry work, using a helicopter to fly in gear was proposed. Prior to the stocking of rainbow trout decades ago the stream was fishless.

“In addition to this significant trammeling of the Absaroka-Beartooth Wilderness, the project also proposes an unprecedented amount of motor vehicle and motorized equipment use, including helicopter flights, motorboats, pumps, and gas-powered generators,” Proescholdt wrote.

Under the 1964 Wilderness Act, federal agencies are responsible for preserving wilderness character of designated wildlands, and the use of motor vehicles and motorized equipment — except in emergencies — is forbidden.

“Since the Forest Service did not prepare the State’s draft EA, there is no adequate analysis of impacts to Wilderness or wilderness character in the EA,” Proescholdt wrote.

Since the EA is a joint document, a separate analysis by the Forest Service “would not be needed unless public comment compels us to analyze something not already included,” said Marna Daley, public affairs officer for the Custer Gallatin National Forest, in an email.

The agencies touted restocking the creek with Yellowstone cutthroat trout as a way to preserve the species in a coldwater environment as the world faces the threat of climate change and warming waters. Wilderness Watch sees introduction of the fish as a possible attraction to Buffalo Creek which could increase visitation and lead to more camping and related impacts from anglers.

“This proposal is fatally flawed and should be scrapped,” Proescholdt concluded in the 17-page letter.

April 21 was the deadline to comment on the joint environmental assessment written by FWP for the project. Daley said the agency would considered the Wilderness Watch comments along with others it received on the project. If the agency chooses to proceed, it would issue a draft decision followed by a 45-day appeal period, she said.

Boy Who Lost Leg Gets Puppy Born Without A Paw

Boy Who Lost Leg Gets Puppy Born Without A Paw

A grizzly bear has been confirmed in the Big Snowy Mountains, a first for the Central Montana island mountain range, according to Montana Fish, Wildlife & Parks.

A wildland fire that burned across 680 acres east of Big Sky in November was caused by a target shooter, the Custer Gallatin National Forest reported on Wednesday.

BILLINGS — In honor of Mother’s Day, free fishing is available on Saturday and Sunday this year in Montana.

The Upper Missouri River Basin has recorded the ninth driest April in 123 years of record keeping, according to the U.S. Army Corps of Engineers.

In the wake of news that a grizzly bear was photographed in the Big Snowy Mountains at the end of April, Montana Fish, Wildlife & Parks will host a public meeting on grizzly bear awareness.

This is the eighth in a series of stories exploring southeastern Utah.

“Group travel is coming back. There’s definitely a demand and interest for getting back out there.”

Rainbow trout are still cruising the shorelines at many lakes and reservoirs. Also on the rivers, warming temperatures could cause flows to rise.

Fifteen miles of the stream was reconstructed to mimic its natural sinuous state. 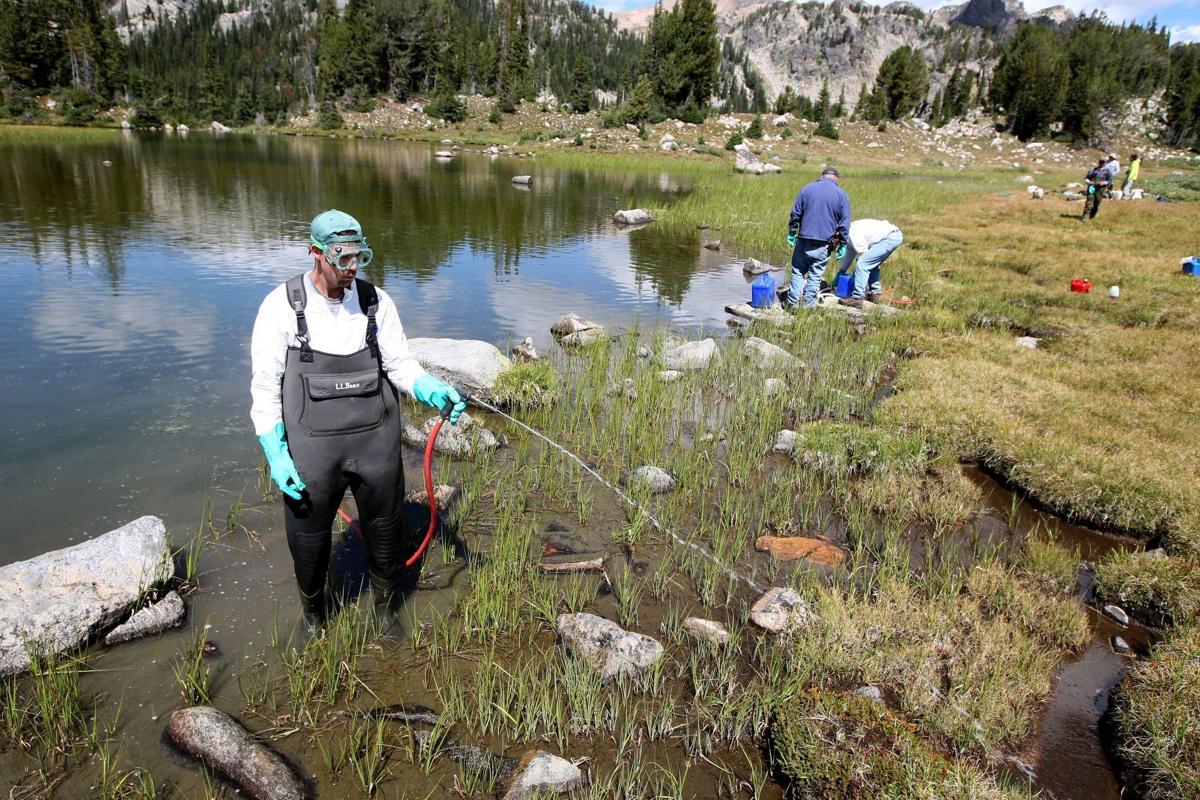 Jed Hinkle is suited up in safety gear as he sprays rotenone, a plant-based poison, in Jeff Lake in the Goose Creek area of the Beartooth Mountains north of Cooke City in 2007. 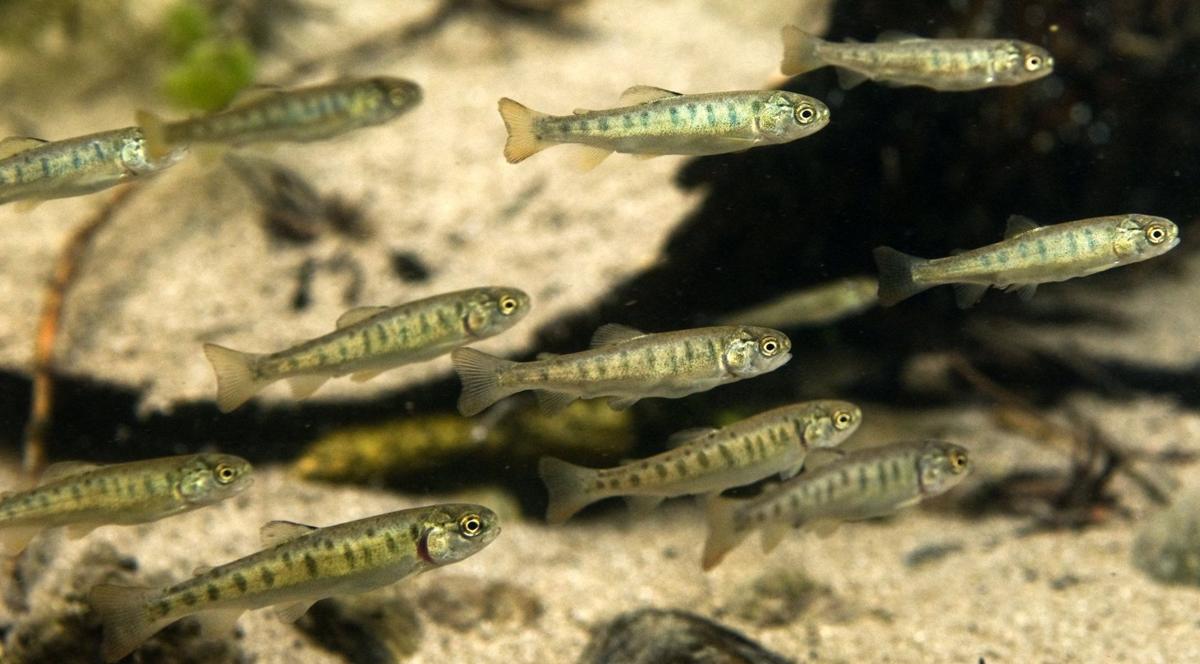 A proposed project in the Absaroka-Beartooth Wilderness that would remove nonnative rainbow trout and replace them with Yellowstone cutthroat trout has been criticized by an environmental group.