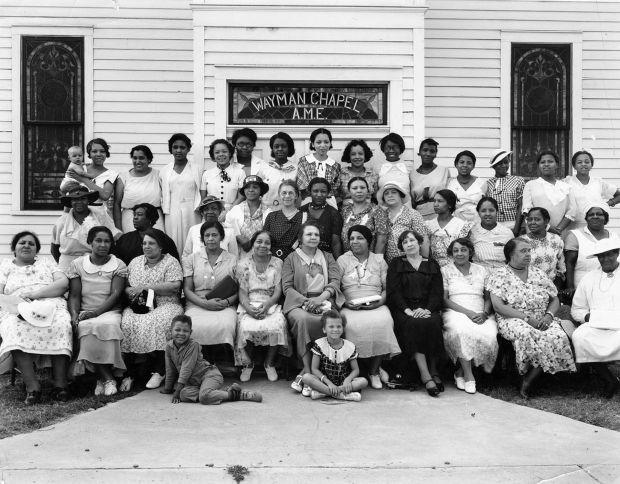 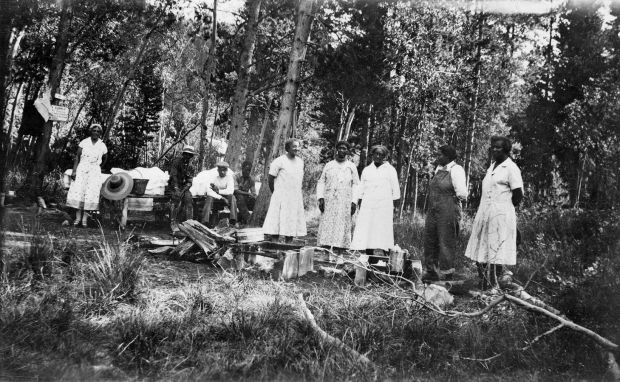 African Americans arrived in Montana Territory along with many other ethnic groups. In 1888, the population of Helena was about 12,000 and that included 250 African Americans. By 1906, the black community numbered 400, or about 3 percent of Helena’s population. Although Montana’s black population has always been proportionately small, some of our black citizens have made remarkable contributions. Octavia Bridgewater is one Helena resident who not only served her country, but helped others serve, and touched the lives of many local residents.

Octavia was born at Fort Harrison in 1903 to Samuel and Mamie Bridgewater. Her father served in the Army with the 24th Infantry, A Company, one of four buffalo soldier regiments. Two of the Bridgewaters’ five children were born at Fort Huachuca, Ariz., where Private Bridgewater, a career military man, was stationed in the 1890s. He then served in the Philippines in the Spanish American War. Private Bridgewater later worked as a cook at Fort Harrison and retired there in 1906. The family of seven lived at Kessler’s Row near the fort. Samuel died in 1912, leaving Mamie to raise the children. She worked hard as a laundress and domestic to give them every opportunity.

Octavia graduated from Helena High School and went on to attend the Lincoln Hospital School of Nursing in the Bronx, New York. At that time, the Lincoln School and the Harlem School of Nursing were the only two schools exclusively for African Americans. Even so, both were under white administration. When Octavia returned to Montana as a registered nurse in 1930, her only option was private duty nursing. Hospitals during the 1930s mostly relied on student nurses and did not hire RNs. So Octavia also did housework.

Helena’s black families were scattered throughout town. Despite the nonsegregation of neighborhoods, blacks and whites did not socially mix. Helena’s small, close-knit black community had its own businesses, churches, baseball team, band and social organizations. Both Octavia and her mother were very active in the Montana Federation of Negro Women’s Clubs and the local Pleasant Hour Club. They hosted many gatherings at the longtime family home at 502 Peosta.

During World War II, Octavia seized an opportunity that changed her life. The Army Nurse Corps had begun to accept a few African American nurses. In 1942, there were 8,000 black nurses in the United States, but the Army’s strict quota system allowed only 160 to enlist. Octavia was one of those selected and began active duty on Jan. 11, 1943. She served until 1945, achieving the rank of first lieutenant. During this period, Octavia and her colleagues realized that if the military quota was not lifted, black nurses could never be integrated into the mainstream medical community after the war. Nationally through the black press, these women mobilized for their cause. Slowly, African American nurses pierced the barriers within the military system. The Army and Navy lifted the boycott in 1945. Many black nurses joined the Navy and many more joined the Army Nurse Corps.

Octavia returned to civilian life to give many years of service to the Helena community as a maternity nurse at St. Peters Hospital. She died in 1985, but she attended many births and cared for Helena residents who fondly remember her, her expert knowledge, and her gentle touch. She was always proud to have been part of the national movement that helped pave the way for her own civilian nursing career and for the careers of many other black nurses.

“Once upon a time…” is a biweekly column contributed to the IR by the Montana Historical Society.

Lake Baked bakery and coffee shop has an array of goodies.

Everyone went crazy a while back for making “zoodles” out of zucchini. We all bought veggie spiralizers and hopped on that low carb bandwagon …

Taking over the role of a vivacious predecessor, Danny Michael joked that he has big high heels to fill.

US: Snake River dams will not be removed to save salmon

SPOKANE, Wash. — The U.S. government announced Friday that four huge dams on the Snake River in Washington state will not be removed to help endangered salmon migrate to the ocean.

More than 900 people in 48 states have been infected with salmonella, and their illnesses are likely linked to backyard poultry, the CDC reported.

Thermal features are dangerous, and not all have been photographed diligently throughout the decades. Scientists have developed a kind of 3D photography to accurately capture the features.

The Kootenai River is in the best shape of the year right now. Dry fly action is hopping all day.

There’s one part of your email messages you may not be putting enough thought into: your closing.

What sets Tavern 287 apart are some unusual and well-executed choices.

Marijuana is not good for your heart, studies say

The new scientific statement, published Wednesday in the AHA journal Circulation, examined existing research on the connection between cannabis and the heart.