Have you ever felt a powerful feeling of relaxation wash over you as you took a bite of a fresh-baked cookie or your mother's biscuits and gravy?

If you've adopted a vegan diet, you might miss those experiences.

You'd think it would be hard to make "veganized" versions of traditional comfort foods taste just as good as those food items that are now but distant memories.

But the developments in the vegan food industry, growing acceptance of the diet and proliferation of talented vegan food bloggers in the last several years make indulgent vegan comfort food an achievable feat.

Comfort food is usually high in calories, from sugar and/or carbohydrates, according to a 2017 review in the International Journal of Gastronomy and Food Science.

The dish reminds us of childhood, home cooking, loved ones or holidays. The food is soft and warm. It's sweet, salty or umami. It addresses senses such as smell, taste and touch, or what it feels like in our mouths.

"I think, for most people, comfort food is nostalgic," said Dee Pernell, a naturopathic physician and founder and CEO of First Batch Artisan Foods, an ice cream parlor in Atlanta. "It's heavy; it's warm; it's comforting and it feels like a big hug.

"It can trigger pleasure sensors when we eat certain foods, and especially when [we] taste foods from times where we had no bills or responsibility or no Covid-19."

Every meal should be comforting "to make your experience of eating something joyous rather than sort of just out of utility," said Lauren Toyota, author of the "Hot for Food Vegan Comfort Classics: 101 Recipes to Feed Your Face" cookbook, and content creator for a vegan food blog and YouTube channel Hot for Food.

"It's extremely important right now because we're feeling like we don't have control over anything," she added. "So much is unknown and food is really what grounds us.

"Comfort food plays to all [of our]senses at once, and I think that's what you find pleasurable experiences do."

To make delicious vegan comfort food, it's important to understand the elements that make traditional common comfort foods so delicious — and to keep vegan versions as close to the original as possible, Toyota said.

When you need to satisfy those cravings, here's what both professionals said you should know and have on hand. Below, we've also included some mouthwatering recipes to get you started.

Earth Talk: Are edible bugs a viable way to cut down our environmental impact?

To make vegan cookies and brownies as soft, moist and chewy as non-vegan cookies, brown sugar and white sugar have to be at the right ratios, Pernell said.

Brown sugar "creates that sort of chewy texture in a cookie, while the [white] sugar, when it melts, it gives the cookie more moisture," she said. "The two of those together along with the [vegan] butter and the right amount of flour make the perfect cookie."

Any store-bought vegan butter can replace dairy butter or boxed mixes that require oil, Toyota said. Ground flaxseed and water or aquafaba (chickpea brine) can substitute for eggs. Two tablespoons ground flax and one-third cup of water simulate the texture of one egg. Three tablespoons of aquafaba act as one egg, and it's also good for making meringue, Toyota said.

And don't skimp on the quality of your ingredients for any of these foods, Pernell advised.

High-quality ingredients such as chocolate or cocoa with high fat content greatly contribute to the flavor and richness of the end product, she said. On the back of chocolate packaging, look for at least 20% to 24% fat — the higher, the better.

What you need to make delicious vegan cinnamon rolls and cobblers

For cinnamon rolls, mimic any non-vegan recipe. Plant-based milk can replace dairy. Aquafaba for eggs may be a better substitute as it wouldn't darken the color. Use vegan butter for regular butter. Vegan cream cheese can be used for the frosting.

The star of peach cobbler is the crust, and you can still mimic a traditional recipe. Use cold vegan butter, cut into pieces from sticks, to fold into the batter and give the finished product that familiar bite, chew and crunch. For the peaches, mix your traditional spices first then adjust if needed. Then add vegan butter.

Soul food, a cuisine associated with African Americans in the southern United States, includes black-eyed peas, collard or mustard greens, cornbread and mac and cheese, to name a few. All can be easily made vegan, with maybe the exception of smoked meat in greens.

"For the soul food, I literally use all the exact spices that [my grandmother, mother and aunts] would use to season their food," Pernell said.

To achieve the same flavor as meat, smoke hickory wood chips in water on the stovetop and then use that pot to cook the peas and greens, Pernell suggested. You can also pour in a bit of liquid smoke, which is sold in the condiments section in many stores.

For indulgent mac and cheese, reserve some of the pasta water. For the creamy, cheesy texture and flavor for a 1-pound box of pasta, Pernell recommended using 1 cup of pasta water; 2 cups of plain, unsweetened almond or soy milk; 1 cup of nondairy cheese; and the same seasonings (such as salt, pepper, granulated garlic and onion, and paprika).

For melt-in-your-mouth cornbread, use a traditional recipe with a few swaps: the flax mixture or aquafaba for eggs; soy, almond or oat milk for milk and vegan butter for regular butter.

Reviewing 7 of the best and worst fresh food meal kits

Good vegan ice cream involves the "perfect combination of fat and sugar together that creates a specific mouthfeel and reminds people of what they're accustomed to getting," Pernell said.

Your dairy substitute should be higher in the ratio of fat to sugar, so the ice cream won't feel dry and icy in your mouth. Pernell recommended using coconut cream. Oat milk and cashew milk are also good substitutes.

You'd think the flavor of chicken isessential to chicken noodle soup, but "a lot of the time the flavoring is coming from the plant-based ingredients like spices and garlic," Toyota said.

While you can't get the fat element that meat would provide, you can use vegan butter or oil to achieve the silky texture of the soup. Mirepoix, the combination of onions, celery and carrots sauteed in fat, forms the base. Bottled poultry seasoning, with sage, thyme and other herbs, does its part. You could use vegetable stock, or chicken-flavored bouillon cubes, to get closer to an authentic flavor.

If you want, use vegan chicken alternatives.

Vegan pastas or lasagnas with rich sauces, cheesiness and meaty flavor are possible. To a traditional tomato sauce recipe, you could add balsamic vinegar for umami flavor, Toyota said.

Use a mushroom mince or meat alternative to replace the ground beef. You can also find vegan cheese in the grocery store.

One recipe Toyota is famous for is her vegan nacho cheese sauce.

"It's so reminiscent of the nostalgic, pumped cheese you would get at the fair or movie theater all over the tortilla chips," she said.

It's made with vegetables. Under the cheese and other ingredients of your choice, you could use beans to replace the meat. Or cook up some veggie ground beef in taco seasonings — find it in the freezer section of your supermarket.

For sour cream, blend raw cashews with lemon juice or vinegar for acidity and brightness. Or use unsweetened plain coconut yogurt, since it's sour.

What's good about gravy is the umami flavor, the savory taste of glutamates that we sometimes recognize as meat or fish flavor. The word has Japanese origins, Toyota said: Umami means "deliciousness," and the discovery stems from kombu seaweed.

"It is just so satisfying," she added. "It hits you on the whole tongue and it's the thing that just makes you say, 'Oh, that tastes good.' And you don't even know why."

Mushroom- and tamari- or soy sauce-based gravies have that flavor because of their own glutamates. In either, you can use vegetable broth or bouillon cubes, miso paste, shallots and garlic sauteed in oil or vegan butter, and herbs like rosemary or thyme.

Use cold, hard vegan butter in biscuits to achieve flaky layers, Toyota recommended. For buttermilk, use any nondairy milk with apple cider vinegar or lemon juice for acidity and thickness. The acidity helps the rising agents (baking powder or soda) to react, and the finished product to be flaky.

These tips are some of the fundamentals of making good vegan comfort food, and they can apply to many other recipes.

"It's a great time now with us having more time at home to just get in the kitchen and explore different things," Pernell said. And, do your research about ingredients that work well or fall short and "don't be disappointed if a recipe doesn't turn out well," she added.

"I've done tons and tons of things before I got it right."

A guide to picking, storing and eating spring fruit

A guide to picking, storing and eating spring fruit

Rhubarb is hardy and versatile.

5 food safety tips for your next backyard barbecue

The longer cooked and raw foods sit outside in the sun (think Memorial Day picnic), the higher the chance for foodborne bacteria to multiply. Here are the five most common cookout hazards to avoid — along with some easy tips for safely preparing, cooking and storing food.

The traditional three-square-meals-a-day eating pattern has given way to lots of noshing. In fact, 50% of all eating occasions are snacks.

For many Americans, the upcoming Memorial Day weekend marks the beginning of the outdoor grilling season. Here are a few tips from to get you ready to fire up your outdoor grill.

Whether you say potato or poTAHto, you may be thinking 2020's a good year to call the whole thing off. Don’t!

The Kitchn: This pork fried rice is ready in 15 minutes

A quick skillet of fried rice is one of the easiest, most satisfying ways to transform leftover rice into a complete meal.

The ingredients and steps in many Asian recipes look daunting, but if you take things one step at a time, you will be thrilled with your creation. 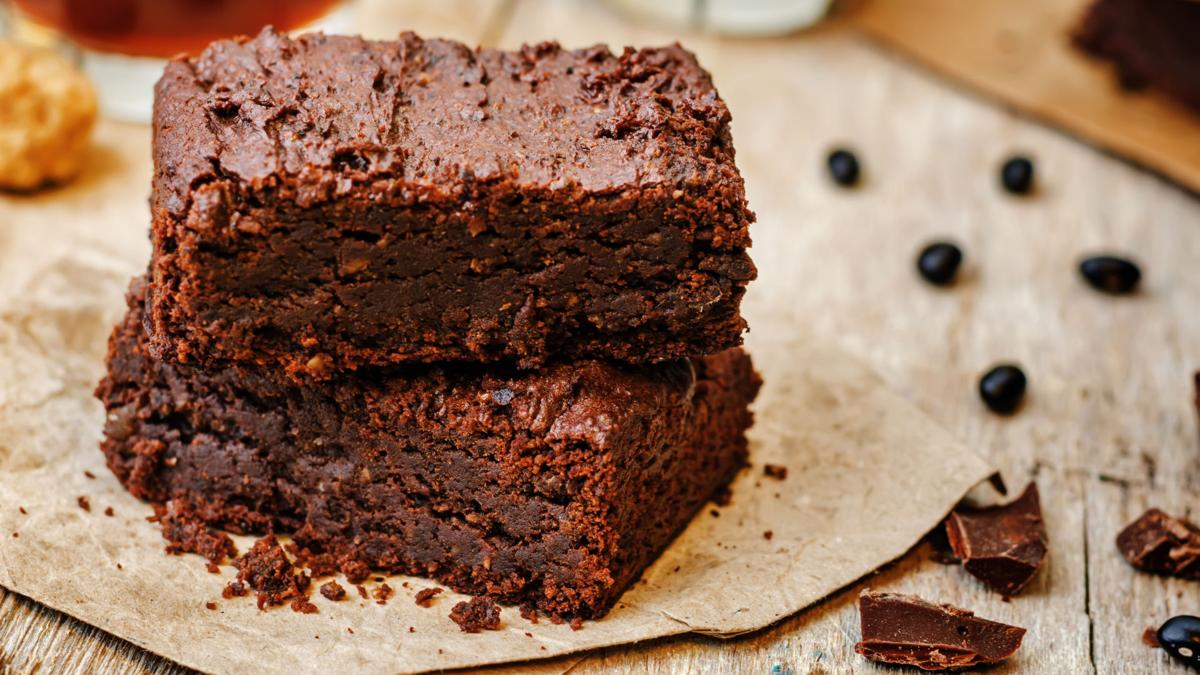 Vegan brownies can be fudgy and chewy in the way people remember traditional brownies. 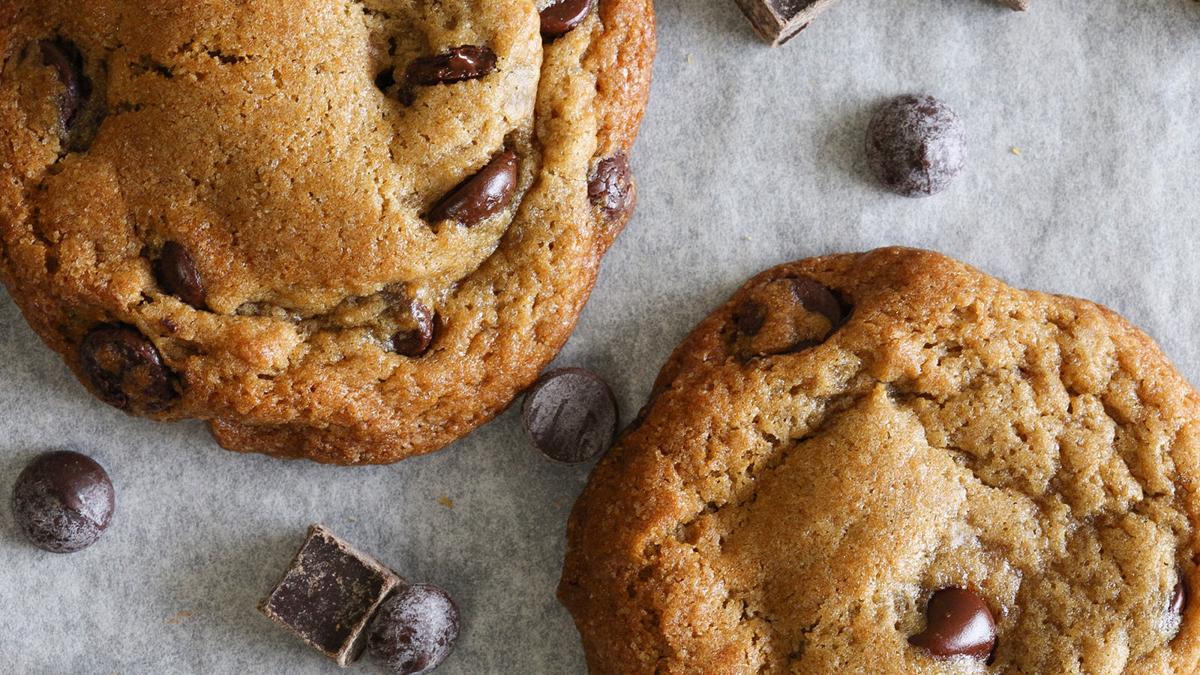 Pernell's vegan cookies have a decadent balance of sugar and fat.