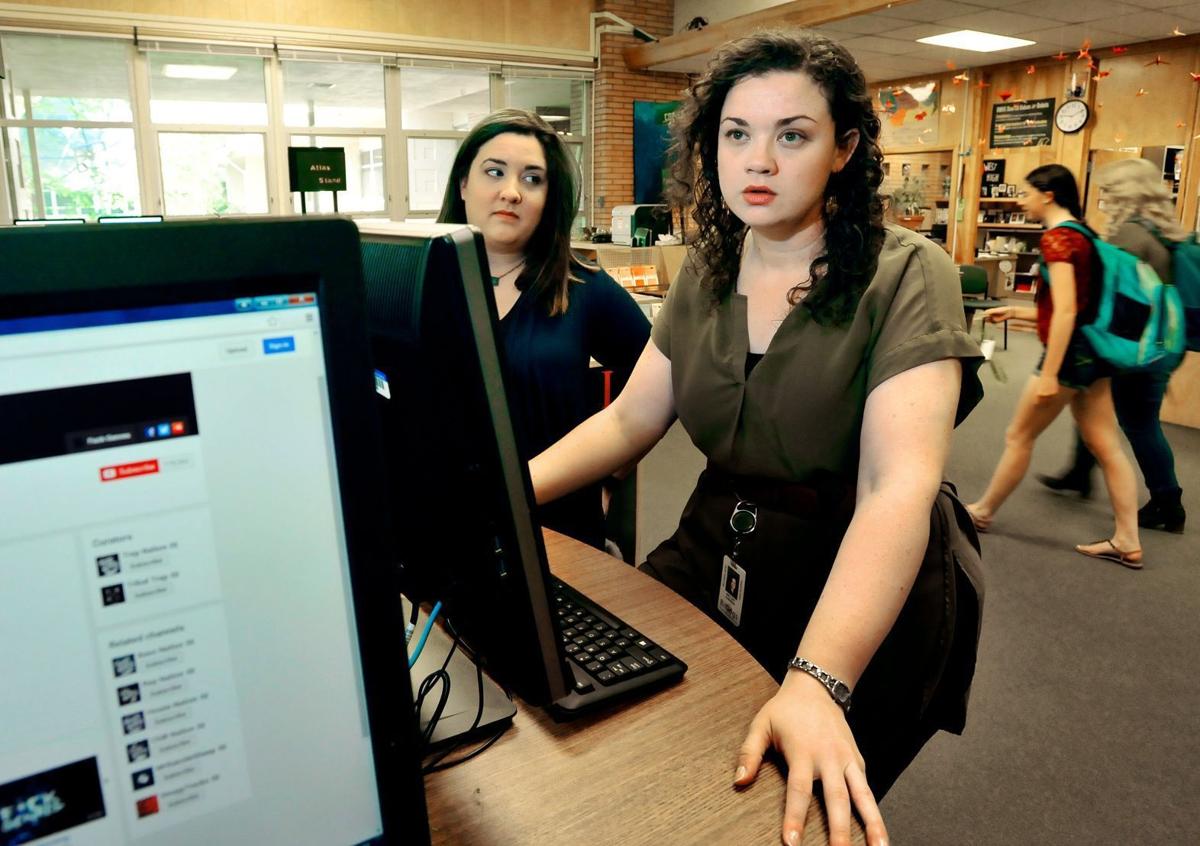 West High School librarians Rachel Schillreff, right, and Brittany Alberson use an Ebsco research database in the school's library. The database is planned to be cut because of meager tax revenue. 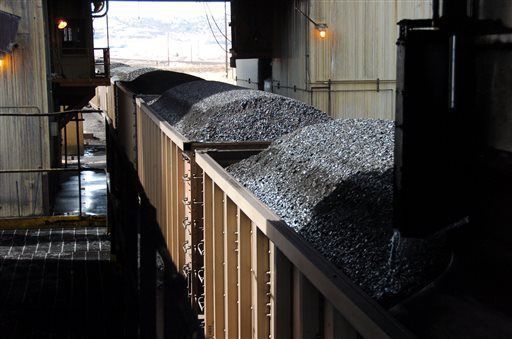 Coal is loaded onto hopper cars at the Spring Creek Mine near Decker, Mont.

MATT HOFFMAN For the Independent Record

BILLINGS -- When Grace Johnson was writing a 25-page paper this year, Google wasn’t going to cut it as a research resource for the recent West High graduate.

“A lot of teachers won’t allow you to use sources that aren’t from EBSCO and JSTOR,” she said, referencing databases of scholarly articles.

But as revenue directed to Montana libraries from the state’s coal severance tax loses steam, public and school libraries will lose access to EBSCO, a collection of databases. Billings’ high school librarians strongly oppose the move.

The state library had about $943,000 in coal severance tax revenue budgeted for 2016-17 financial years. The agency’s full two-year budget is almost $12 million. But the database funding is specifically assigned to the tax revenue, State Librarian Jennie Stapp said.

A recent state library task force identified a database package paid for by the state and used by libraries across Montana as most opportune for decreasing investment. Thirteen task force members said the state could decrease investment in state databases in a ranking exercise of library resources; only one person said that investment should remain the same, and no one voted for an increase.

Combined with the fact that database funds rely on the funding stream being slashed, it made the most sense to cut databases, Stapp said.

A letter sent out to libraries May 25 says "given the extreme circumstances we face, we believe we are making the best choices available to us that will allow us to continue to serve libraries and Montanans in every corner of our state."

Students at West High who use the databases disagree.

Senior Brenna Hoffman said that students would be more likely to use unreliable information, falling into traps like “well, this one says .org. I think it’s OK.”

EBSCO includes thousands of scholarly, peer-reviewed articles published in academic journals, which are spread out over several databases, with information on topics from literary analysis to automotive updates.

“It’s very much like working with a cable company — to get the one database you want you have to buy all of them,” said Stapp. The state re-negotiated its roughly $350,000 contract with EBSCO down to about $250,000 in 2013, but EBSCO made it clear they weren’t willing to go lower, Stapp said.

Billings school libraries are exploring the possibility of purchasing more narrow access to the databases, which is cheaper overall but offers less bang for their buck. That would require the use of existing funding.

“It means we’re going to be able to get fewer books, and do less programs, get less technology,” West librarian Brittany Alberson said.

West High already subscribes to JSTOR, LexisNexis and CQ Press using about $4,500 in funds brought in by SD2's technology levy.

Hoffman uses the database for college courses — she’s taking a full course load this year through a state program.

“They expect you to know how to use it there,” she said.

Johnson used several sources from international journals for one project that “you can’t get here at any of the libraries in Billings.”

Sophomores Kyler Hodik and Reagan Linde both used the database to craft arguments for speech and debate events.

“When you’re in speech and debate, you have to have a reliable source,” Linde said.

Revenue from the coal tax peaked in the early 1980s. But cuts to the tax rate and production have hacked away at revenue over the years. In fiscal year 2015, the tax brought in about $61.8 million.

The coal severance tax trust fund receives half of all coal severance taxes in Montana. The other half is directed into the general fund and other programs; a small slice is set aside for the library commission. While the tax generated robust revenue in 2015, commodity markets are often volatile. Montana coal production has tumbled in 2016, and economic experts have issued bleak projections for the industry, at least for the short-term.

A letter sent by SD2 high school librarians to the state commission notes the significance of the cuts and that the commission is responsible for serving a wide array of libraries, but it blasts the decision.

“It is imperative that our students have equitable access to databases in order for them to be competitive with other 21st century learners and researchers,” it reads. “The loss of access to these databases will severely impact their research education and could hinder their college and career readiness.”

Alberson said returns from a survey sent to other school libraries about the database cut show an "overwhelming" response. Access to EBSCO is slated to end Aug. 31.

West High School librarians Rachel Schillreff, right, and Brittany Alberson use an Ebsco research database in the school's library. The database is planned to be cut because of meager tax revenue.

Coal is loaded onto hopper cars at the Spring Creek Mine near Decker, Mont.