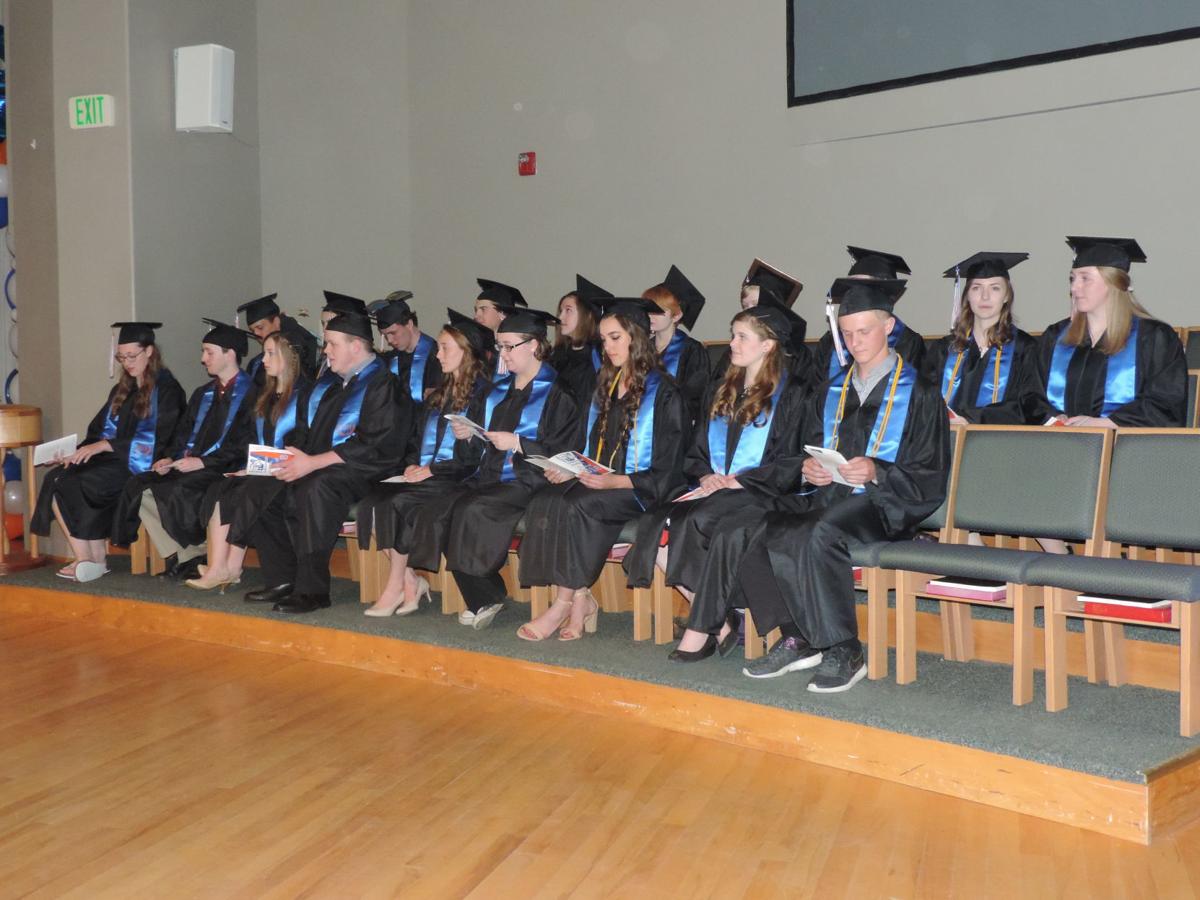 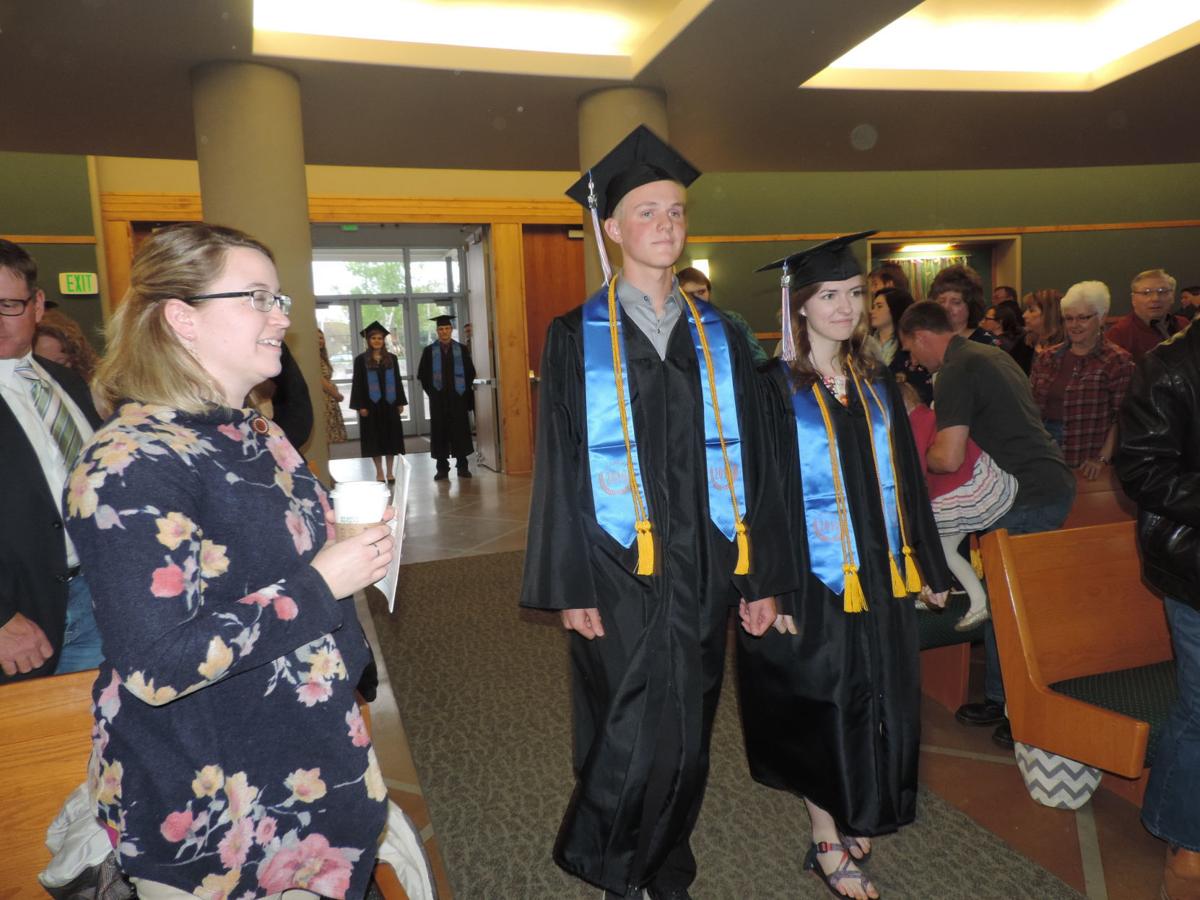 The friends and families of 19 Helena Christian School graduates filed into St. Paul’s United Methodist Church for the class of 2018 commencement ceremony Friday.

Out of the 19 students in the graduating class, there were four valedictorians, including Rebekah Lawler, Isabel Hansemann, Cole Koenig and Cameron Williams.

Many students received other accolades throughout the night. Rebekah Lawler, TJ Lewis and Cameron Williams were given the Helena Christian Service Award for completing over 24 hours of community service hours per semester outside of school activities and hours.

Eight students won Longevity Awards, which are for students who attended Helena Christian School from kindergarten until 12th grade.

According to superintendent Ted Clark, Helena Christian’s class average ACT score was 25.21, and scholarship offers to the class of 2018 -- with some still waiting to be confirmed -- totaled $994,560.

Students of the graduating class had the option to choose a speaker from either inside or outside of Helena Christian School, and they opted to stick close to home. Algebra and calculus teacher Kristin Bouchard, who said she had most of the graduating students in her homeroom at one point, was chosen by the class to give the keynote speech, which was just as uplifting as one might expect from a high school graduation.

“As I watched you with each other and your schoolmates, you taught me some things. I learned more about true friendship, having each other’s back, the importance of hard work, how to procrastinate and being a servant,” Bouchard said. “But perhaps the thing I remember the most is that often I have so much more confidence in you than you have in yourselves.”

Bouchard also left them with tips and tricks for tackling life’s next chapter, including leaving behind past mistakes, forgiving, asking God to reveal himself, seeing the beauty of everything God created and seeking to know God.

“I really feel like tonight I’m watching some of my own kids graduate," Bouchard said.

Graduations are leavings, with students making their way to the world beyond and with their own abilities set to flower.

'Determination and sacrifice': Helena College graduates 230 in class of 2018

Graduation offers a time of reflection and optimism, and Saturday 230 graduates proudly received their degrees and certificates from Helena Co… 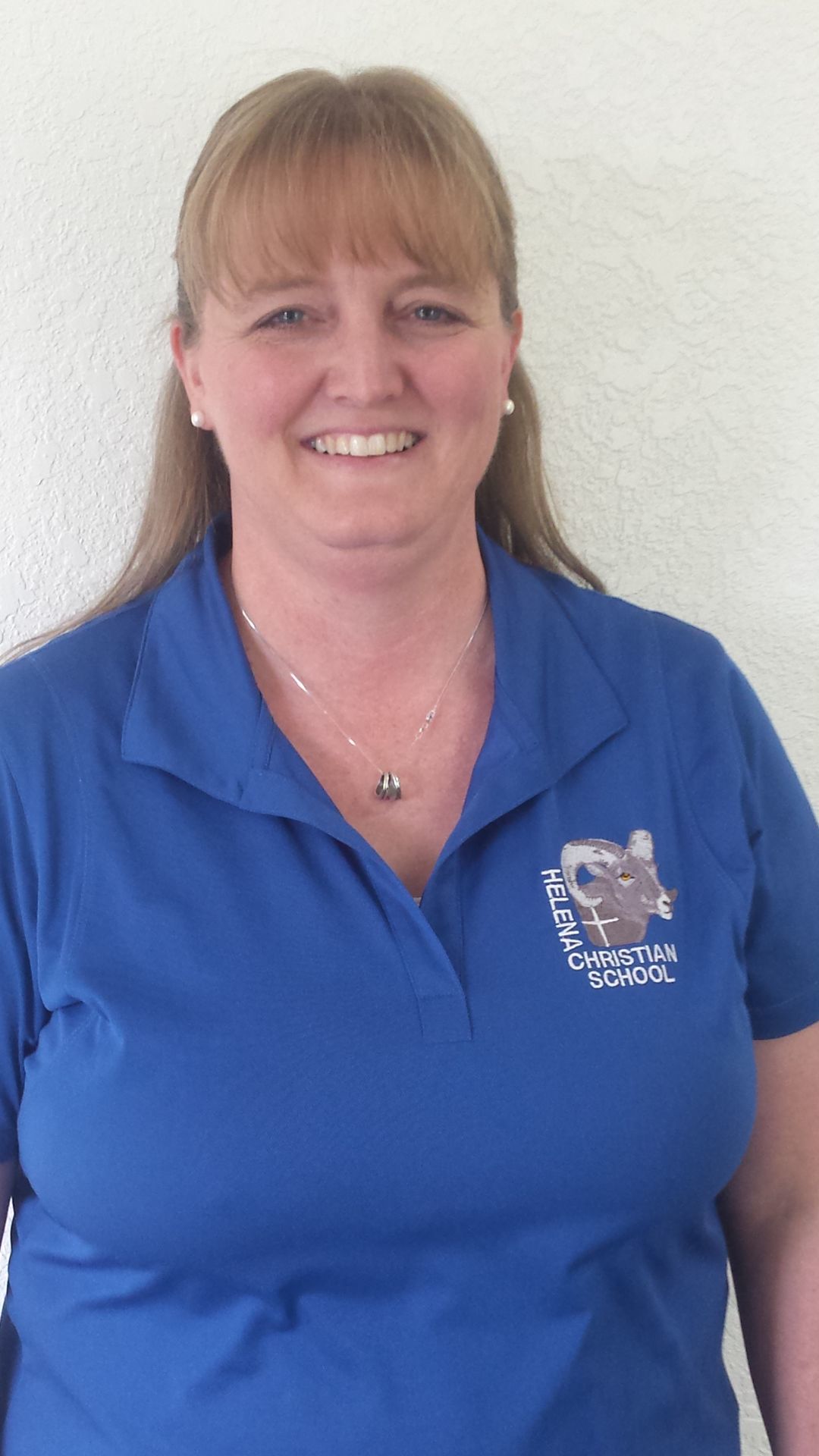