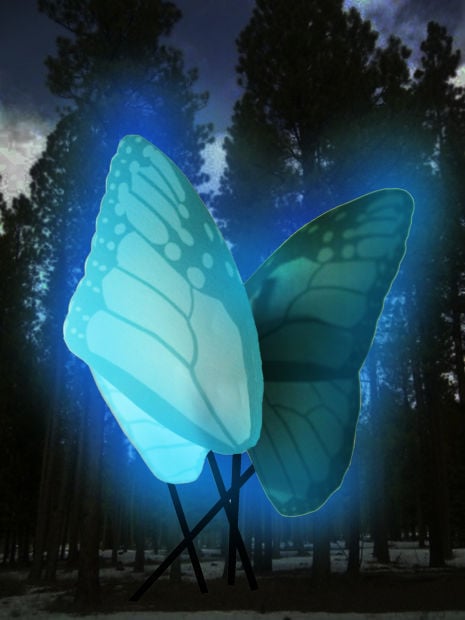 Artist's image of the monarch butterfly sculpture designed for Blackfoot Pathways: Sculpture in the Wild. 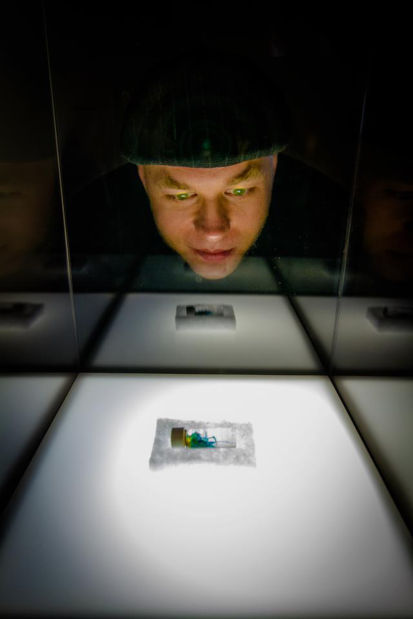 Brandon Ballengée at work in 2013. 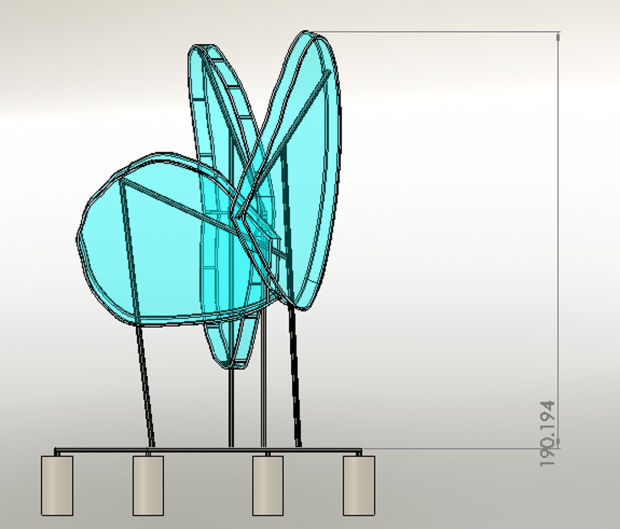 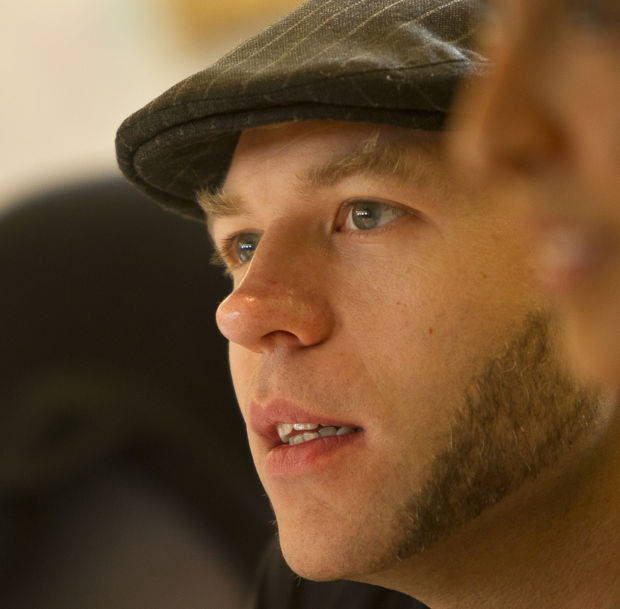 Luminous monarch butterfly wings glowing out of the forest are part of a new installation planned this summer at the “Blackfoot Pathways: Sculpture in the Wild” sculpture park in Lincoln.

The internationally renowned artist and scientist creating the work, Brandon Ballengée, will share his ideas and talk about the plight of the monarch butterfly at an event beginning at 5 p.m. Thursday, April 23, at the Montana Historical Society.

It opens with a reception and refreshments, and Ballengée’s presentation follows at 6 p.m.

The sculpture, he hopes, will “raise awareness of the monarch butterfly’s decline,” Ballengée said in a phone interview from Utah State University, in Logan, where he was working this week with a group of scientists and artists on an aquatic insect project.

“I’ve got a really good idea of what I’d like to do,” he said of the Lincoln sculpture. “I found a site to install it right in the park, right in the trees. It’s a beautiful area. It’s an opening. It’s close enough to the road, so when you drive by you’ll see it at night.

“For several years, I’ve been creating a series of sculptures that utilize ultraviolet light,” he said, describing it as a bluish-black, high spectrum light that attracts insects. “I got really excited to create one focused on the monarch butterfly.”

“The beautiful orange and black monarch, which over the past decade has really declined ... I’m trying to figure out a way to tell that story and raise awareness through art.”

Some populations have dropped by 90 percent in the United States in recent decades, he said. “It’s just so shocking that it’s happened so fast.” Several environmental and science organizations are calling for them to be listed as an endangered species, he said.

“The idea is we build a sculpture inspired by the shape of the monarch butterfly,” he said. “It’s really big. It’s probably 15-feet tall. It’s made out of three components. It’s covered in fabric but the lights are on the inside. It’ll glow. So at night we’ll go out for field trips and look at different moths that are attracted.”

He also plans to plant milkweed and other pollinator species in a small garden around the sculpture, as part of his artist residency in Lincoln June 15 through July 4.

“And I want to work with one of the local public schools to create a pollinator garden there,” he said.

He also wants to work with local agencies to find out what natural pollinator species and varieties might be in decline that they should plant, as well. He’s a believer in “this whole idea of how art and science and conservation can be intertwined together, so we do things for other species.”

The suspected causes of the precipitous decline are not only pesticides killing the butterflies, but also killing their main food source, milkweed, as well as loss of habitat.

“There is a big effort all over the United States to plant milkweed,” he said. “I remember as a kid seeing it so much,” but now it’s much harder to find.

“I want to have that conversation,” he said, “that each one of us can have a positive impact.”

“I find it so upsetting,” he said of the loss of monarchs. “I have a 3-year-old son and the thought of him never seeing monarchs … I think as citizens we should let people know what’s happening and try to reverse it and try to help nature. Instead of always having a bad environmental impact, I think we can have a positive one.”

Monarch butterflies and amphibians, a major area of his biological research, are bioindicator species, because they tell about the health of the local environment.

His particular area of study is the occurrence of malformation and global declines of amphibians, and he earned a doctoral degree at the University of Plymouth, England, in amphibian research.

His biological work and art projects take him all over the world, he said. “I’ve always done the two.”

His fascination with both started as a young child growing up in a rural area of central Ohio. He had a science laboratory in his parents’ basement because his room got so filled with aquariums they thought he “would fall through” the floor, and a painting studio in their barn. He always wanted to know how biology works and how animals function, he said, from their feeding and habitat requirements to their impact on the environment.

His work has been included in several books, including the new “Art in Action: Nature, Creativity and our Collective Future,” published by Earth Aware Editions supported by the United Nations.

His work is also in “Ecoventions,” a book published in 2002 by the Contemporary Arts Center of Cincinnati.

The purpose of the Blackfoot Pathways: Sculpture in the Wild is to provide an environment for the creation of significant artworks, both permanent and temporary, inspired by the natural beauty and heritage of the Blackfoot Valley.

The sculpture garden is to also foster an awareness and appreciation of the arts through community involvement and artist-in-residency programs in the schools.

Who doesn’t enjoy a good love story? Especially a funny one!

Good Morning, Helena: Insect art and a high near 92

Art and entomology collide in a luminous new exhibit that will light up at Lincoln’s “Blackfoot Pathways: Sculpture in the Wild” sculpture par…

Artist's image of the monarch butterfly sculpture designed for Blackfoot Pathways: Sculpture in the Wild.

Brandon Ballengée at work in 2013.