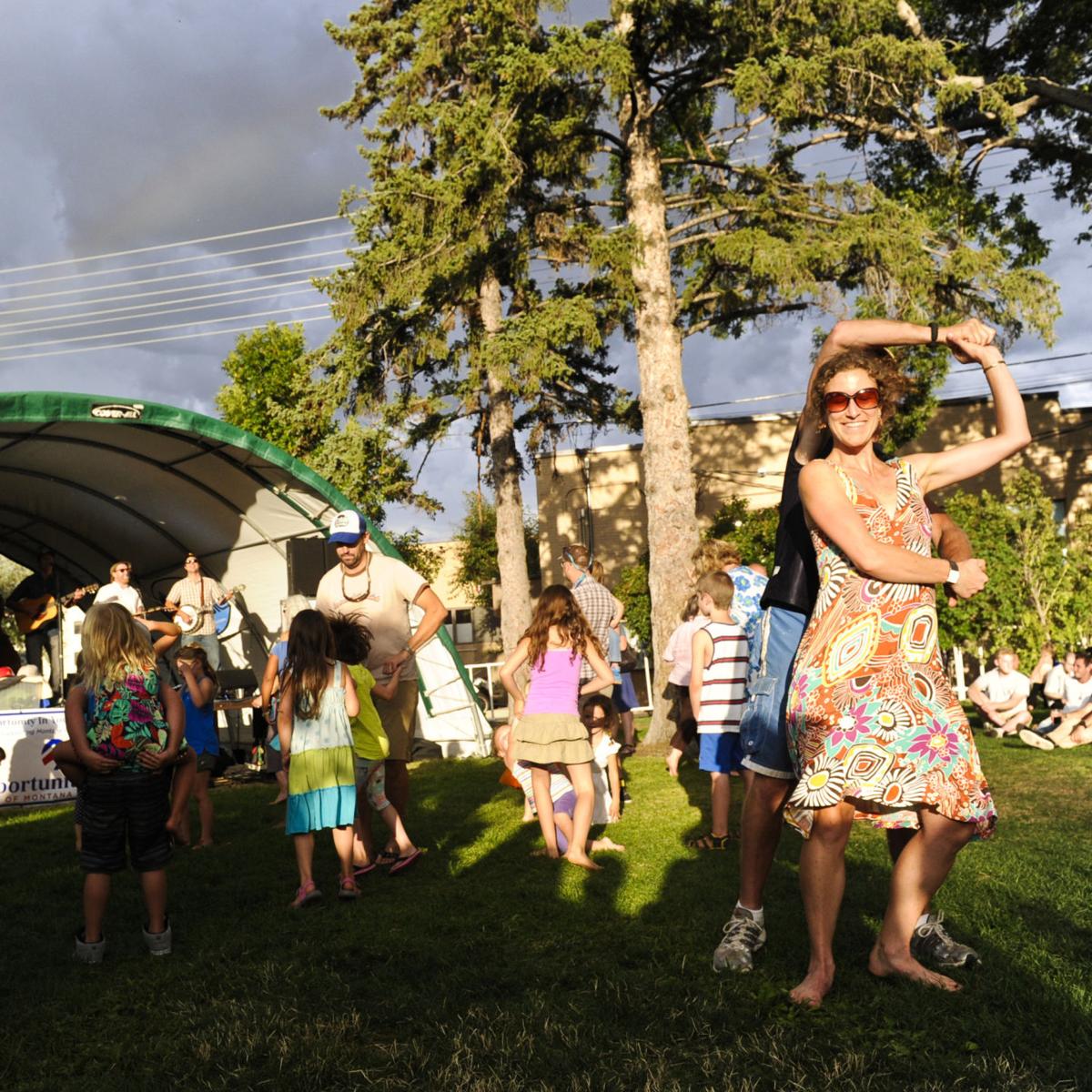 The Missoula-based Lil' Smokies keeps the crowd on their feet at Alive at Five on Aug. 12, 2015 at Women's Park. Lil' Smokies returns this year, playing Aug. 24 in Pioneer Park. 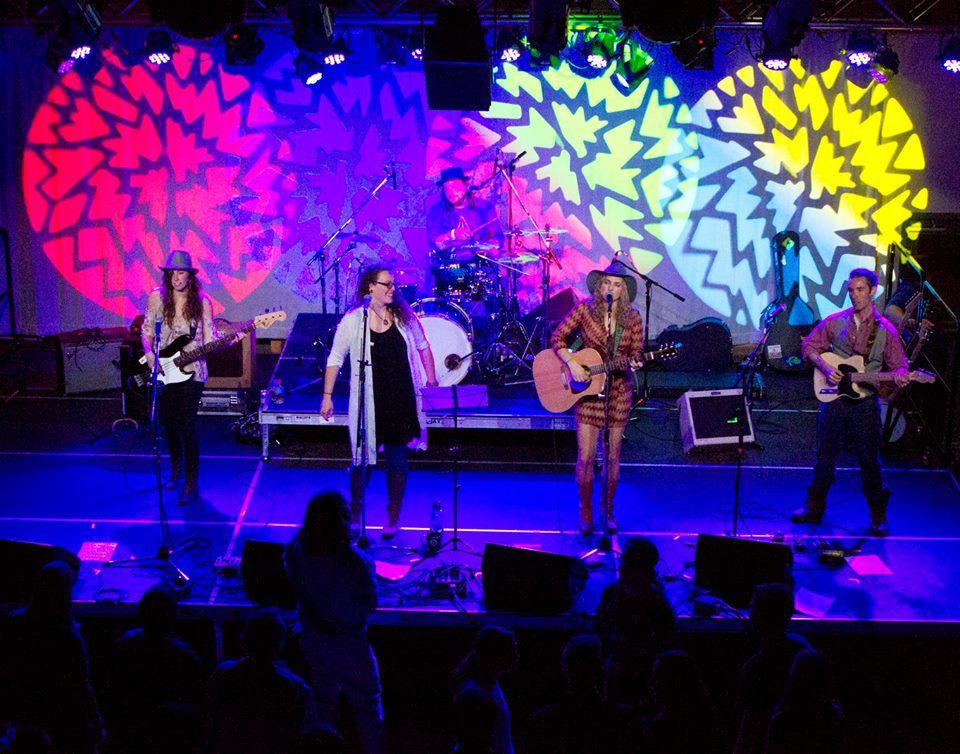 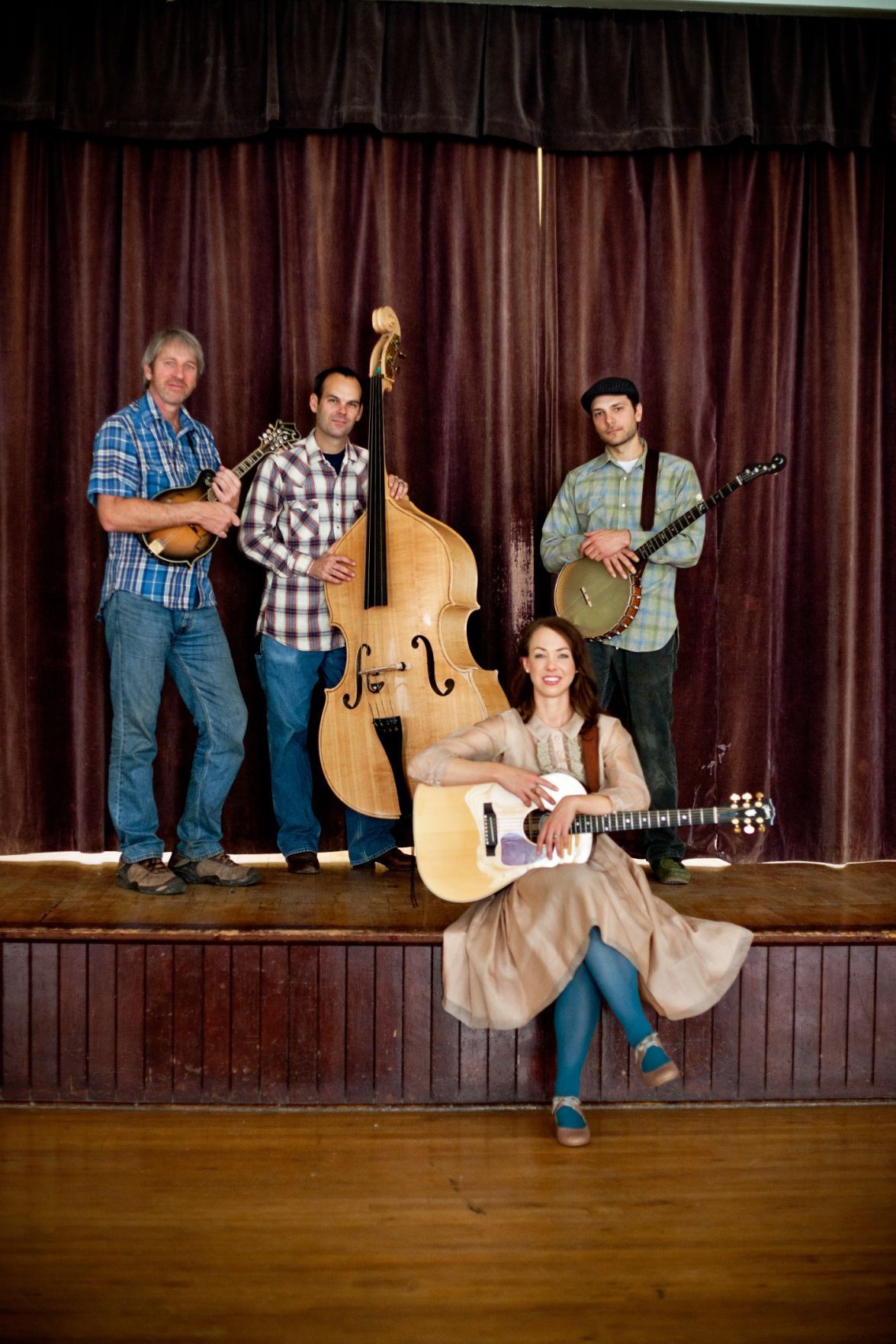 Little Jane and the Pistol Whips, from Livingston, one of the memorable bands from the 15th Mount Helena Music Festival, returns. They’ll be playing blues, bluegrass and country July 20 at Women’s Park. 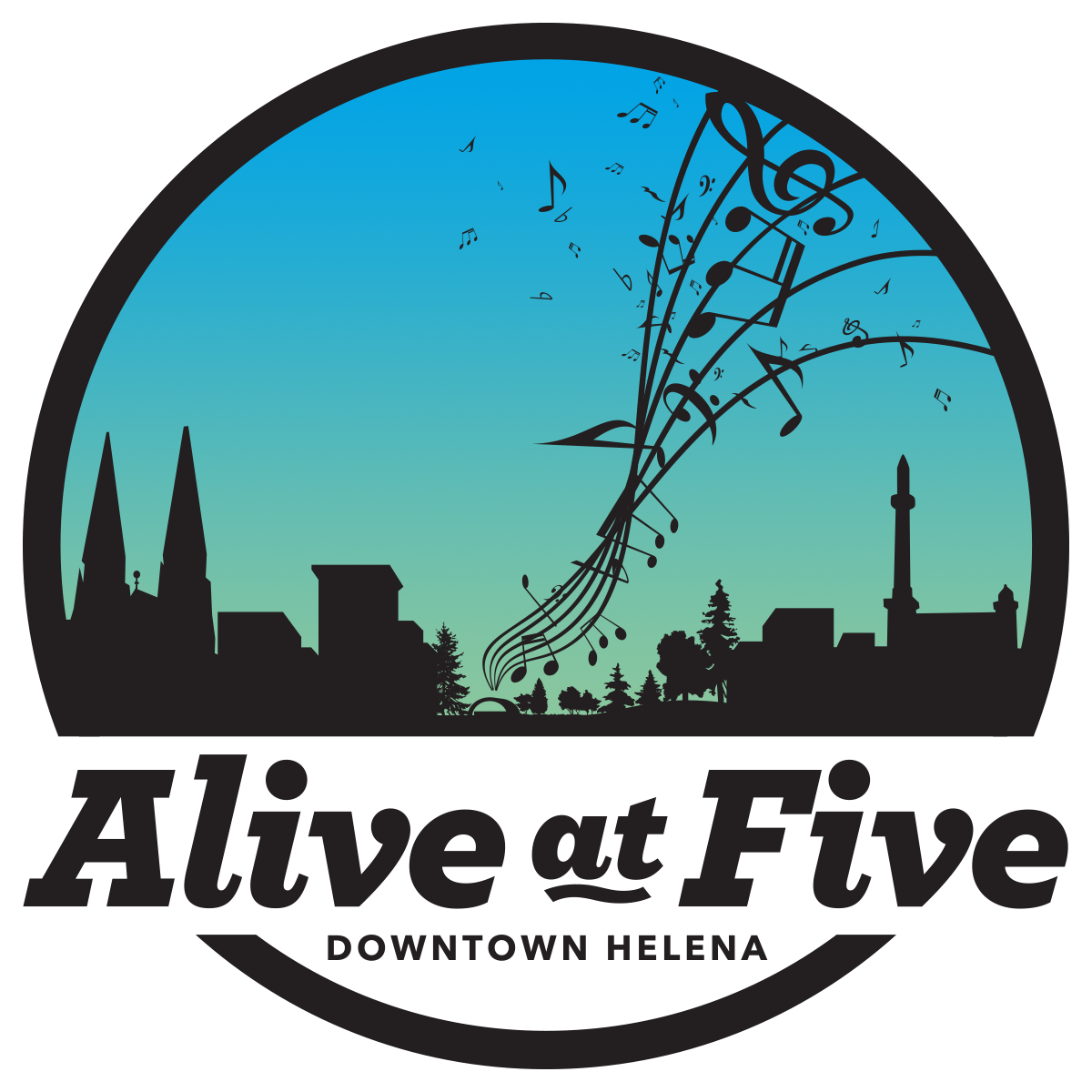 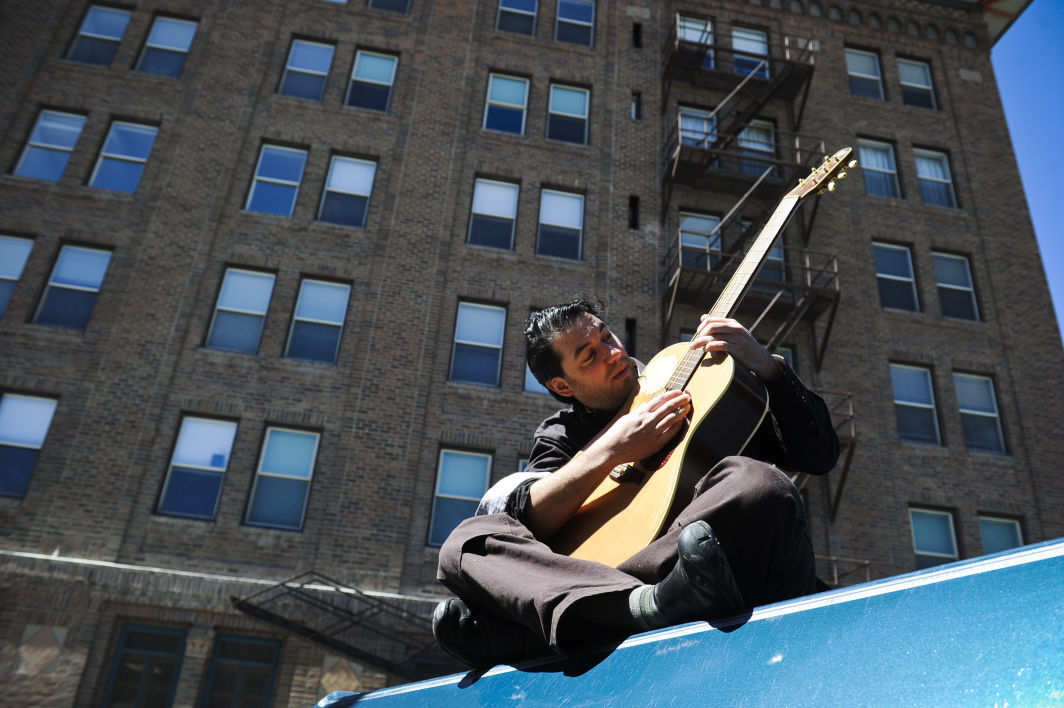 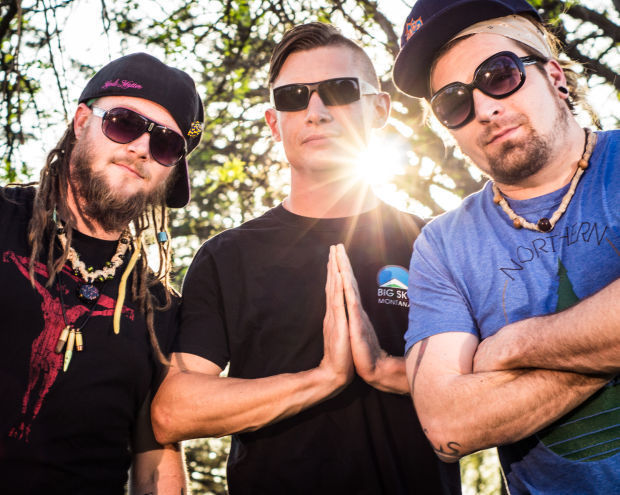 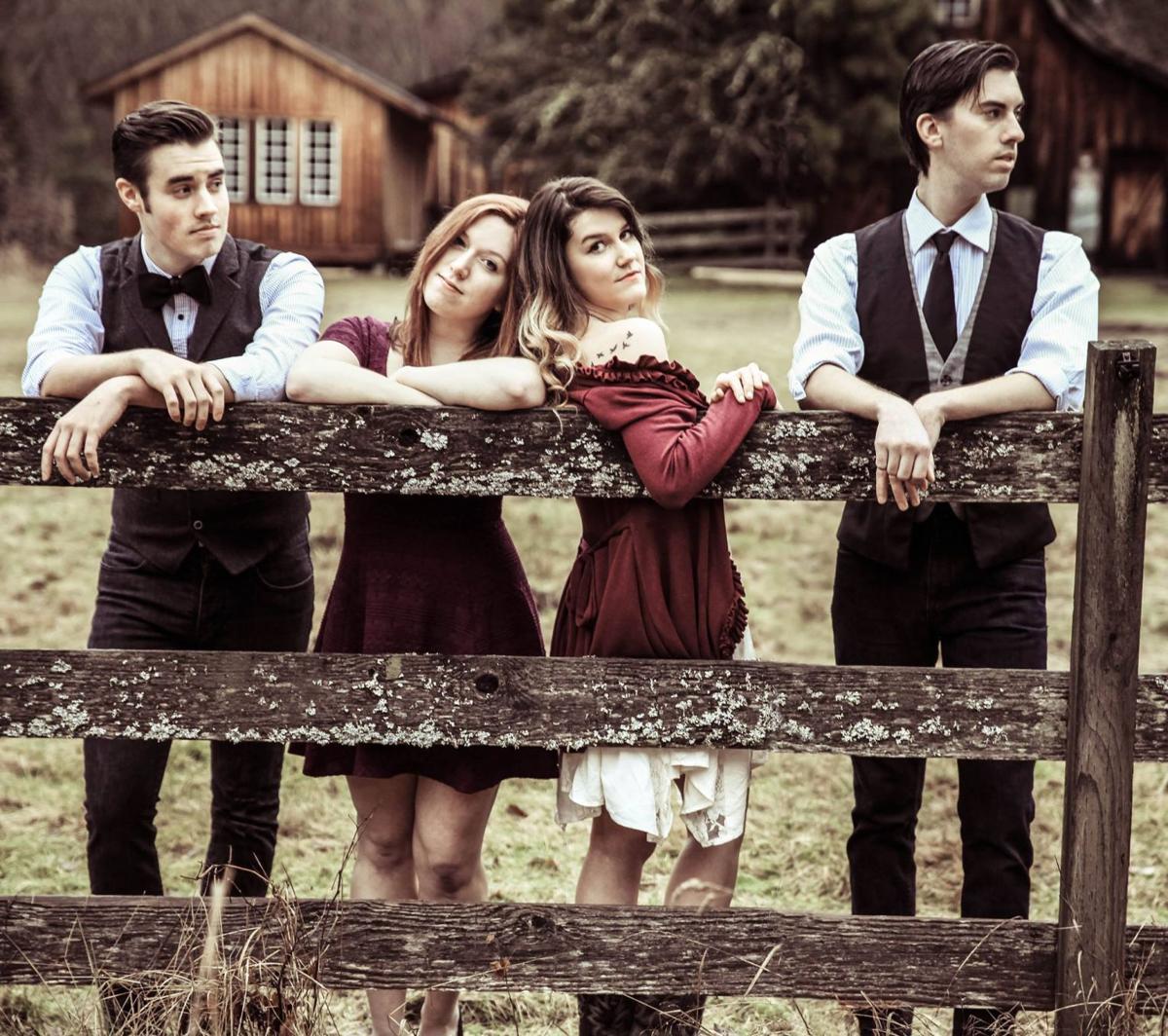 Seattle porch-stomping string band Rabbit Wilde will be performing at Lewis & Clark Brewing on Nov. 20 from 7 to 10 p.m. 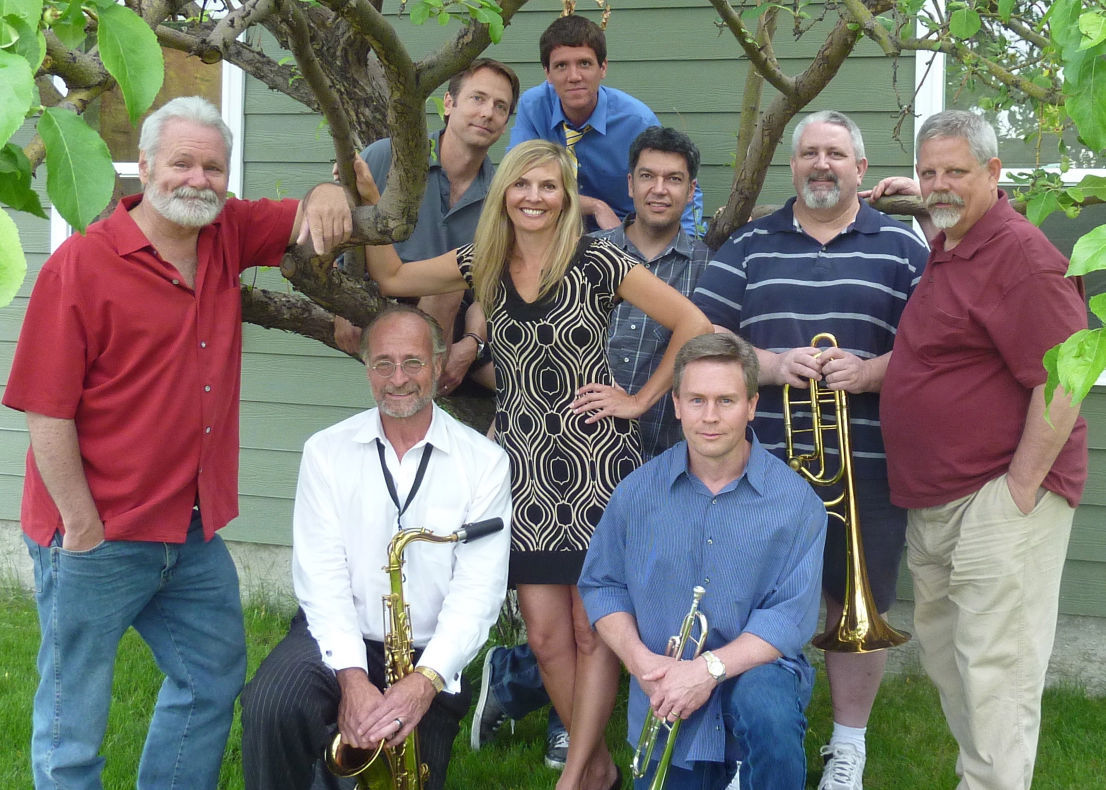 Big Soul is on the schedule for June 22 at Women's Park. 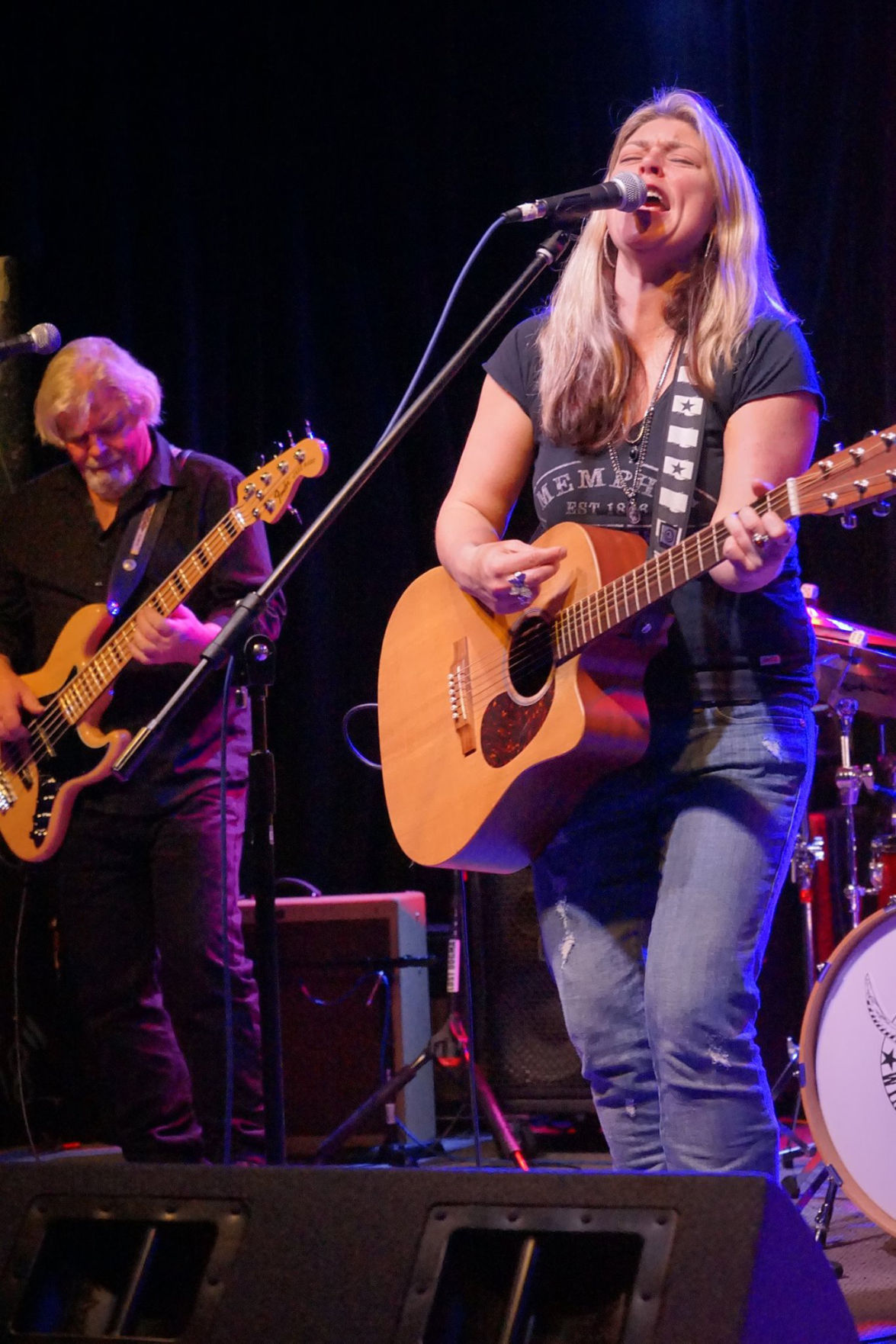 Stacy Jones will perform on July 6 on the 300 block of Last Chance Gulch.

Ease into summertime fun Wednesday night when you help kick off the first Alive@Five of the season.

“It’s a great mix of local, regional and out-of-state bands,” said program coordinator Haley Miller of Downtown Helena Inc. of what’s coming up for the next 14 weeks.

The music aims to please.

Organizers did a survey after last year’s Alive@Five and “the overwhelming response was danceable, upbeat and bluegrassy music,” said Miller.

Two of the ones she’s most excited about are two women-led groups, The Hawthorne Roots out of Bozeman, playing June 29 and the Livingston band Little Jane and the Pistol Whips on July 20.

But band founder Madeline Kelly said in an Independent Record phone interview that they like to call it “revved up Montana soul music.”

“The majority of the music is originals,” she said, plus some covers.

“A lot of the songs come from personal experience,” Kelly said, and are inspired by personal growth and, of course, love. Others are based on friends’ experiences.

They usually come to her when she’s driving by herself, she said. “I have to grab my phone and sing the melody into the phone and record it.” Fine tuning comes later. “Inspiration comes from anywhere and everywhere.”

This will be a return trip to Helena for the band. They just played Lewis & Clark Brewery a few weeks ago and “that was received very well.”

“We have a really unique and different sound,” she said, describing it as “energetic and fun and family friendly -- kids love our music. It’s got something for everyone. We have a lot of fun on stage and give it back to the audience.”

She credits the band’s unique sound to singing the coming together of her voice with that of her sister Emma, who does the harmonizing vocals.

“The sound of two sisters’ voices singing in harmony is really cool.”

But a huge part of their success is the work of the talented trio that plays with them. “Haley Ford is an incredible bass player. Lucas (Mace) just shreds the guitar. ... And Michael (DeJaynes) is a great drummer.”

The group has a new recording that should be out just in time for their June 29 show.

“A lot of the music we cover is ‘60s and ‘70s country,” she said, including hits by Patsy Cline, Loretta Lynn and Hank Williams.

Holland, who is the lead vocalist and singer, said much of her original music is inspired by the geography of Montana and the sounds of old country music.

A Helena native and 1998 Capital High School graduate, she’s looking forward to playing Alive@Five and seeing a lot of friends and former co-workers from the state, where she worked in substance abuse prevention for seven years.

“It’s kind of like coming home,” she said, adding that her mom and grandma will be working the merchandise table.

Most recently, Holland’s been in Southern California taking time to write some new songs, she said in a phone interview.

“I always loved country music,” she said of how she got into music. “I fell in love with old country music recordings,” which are often about hard times and real life.

Formed in 2008, Little Jane & the Pistol Whips got a major boost to their career when they were featured on the Montana PBS show, “11th & Grant with Erik Funk.”

They were also chosen as one of just a handful of bands to be featured in “Montana Sessions,” a series of short films featuring some of Montana’s finest musicians filmed performing in spectacular outdoor locations around the state.

The film is wonderful, but Holland admits it was four to five hours of playing in frigid temperatures in Cottonwood Canyon while the musicians’ fingers were turning redder and redder.

“It was pretty painful,” she said, “but once again we’re very grateful we were picked to be part of this.”

She’s likewise grateful to be on stage for Alive@Five.

Joining Holland who does vocals, acoustic guitar, fiddle and accordion, will be Tom Murphy on mandolin, Mike Singer on banjo and Russell Smith on bass.

“I’m very excited to get back to Montana,” she said, which she’ll be doing soon to kick off a busy summer music schedule.

Bring your photo ID in order to purchase alcohol. This year, Alive@Five features a really cool reusable metal cup, to cut down on plastic waste. These are available at the event and also the BID office, Birds & Beasleys, Capital Sports and Jmacs Pottery.

What: Alive@Five with Stumbling Free

Where: Women’s Park, corner of Fuller Avenue and Neil Street

More info: See this story online at helenair.com for pictures and music videos of the bands

Queen Elizabeth II Zoomed with Prince George on his birthday

Jordan Peele has revealed the title of his next project

Jordan Peele has revealed the title of his next project

Country Star Luke Combs Paid For The Funerals Of 3 Men

Country Star Luke Combs Paid For The Funerals Of 3 Men

Listen to the 2016 Alive at Five lineup

A playlist of songs from this year's Alive at Five lineup

The Missoula-based Lil' Smokies keeps the crowd on their feet at Alive at Five on Aug. 12, 2015 at Women's Park. Lil' Smokies returns this year, playing Aug. 24 in Pioneer Park.

Little Jane and the Pistol Whips, from Livingston, one of the memorable bands from the 15th Mount Helena Music Festival, returns. They’ll be playing blues, bluegrass and country July 20 at Women’s Park.

Seattle porch-stomping string band Rabbit Wilde will be performing at Lewis & Clark Brewing on Nov. 20 from 7 to 10 p.m.

Big Soul is on the schedule for June 22 at Women's Park.

Stacy Jones will perform on July 6 on the 300 block of Last Chance Gulch.