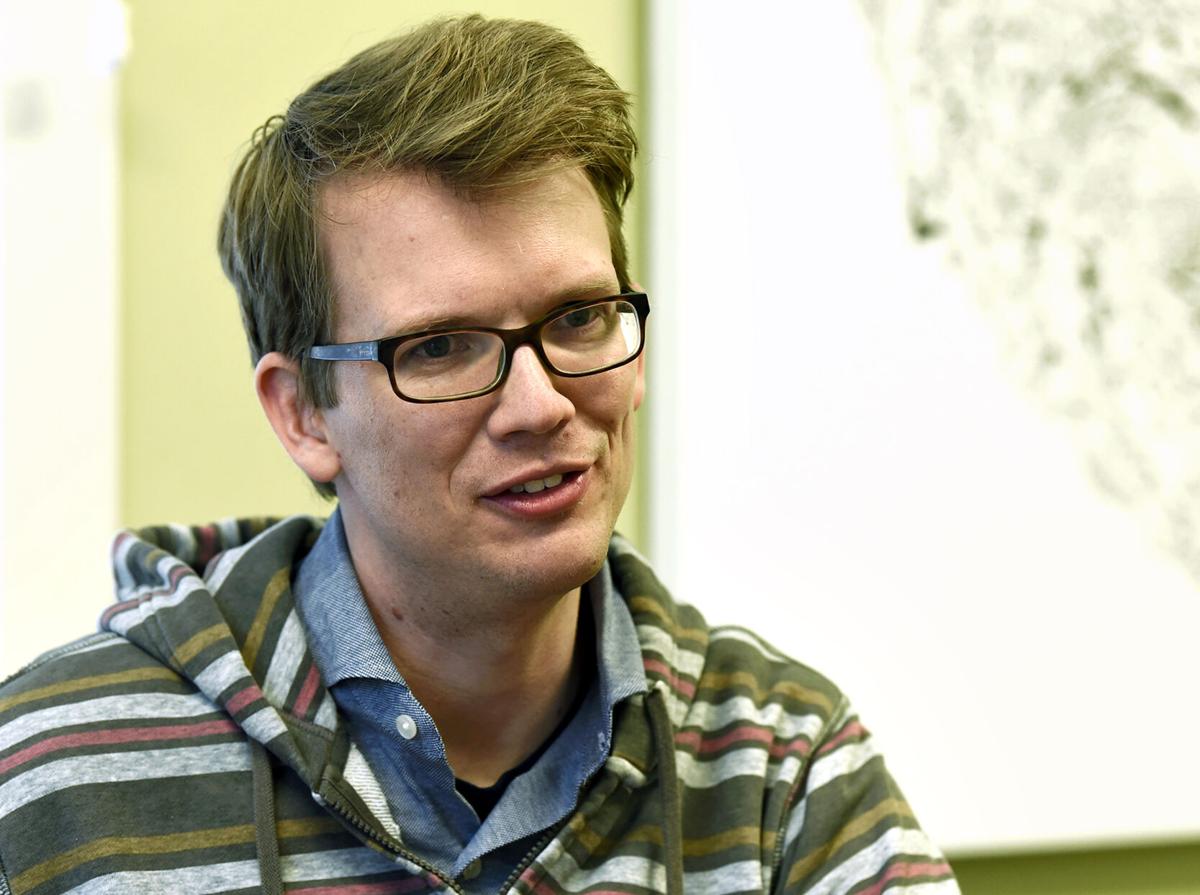 In the follow-up to his debut novel “An Absolutely Remarkable Thing,” Hank Green takes his cast of characters on an even bigger adventure and satisfyingly resolves deep mysteries set up in the first book. “A Beautifully Foolish Endeavor” is both fun and frightening, as Green raises questions around the power of social media, the internet and the role the online world plays in our lives. 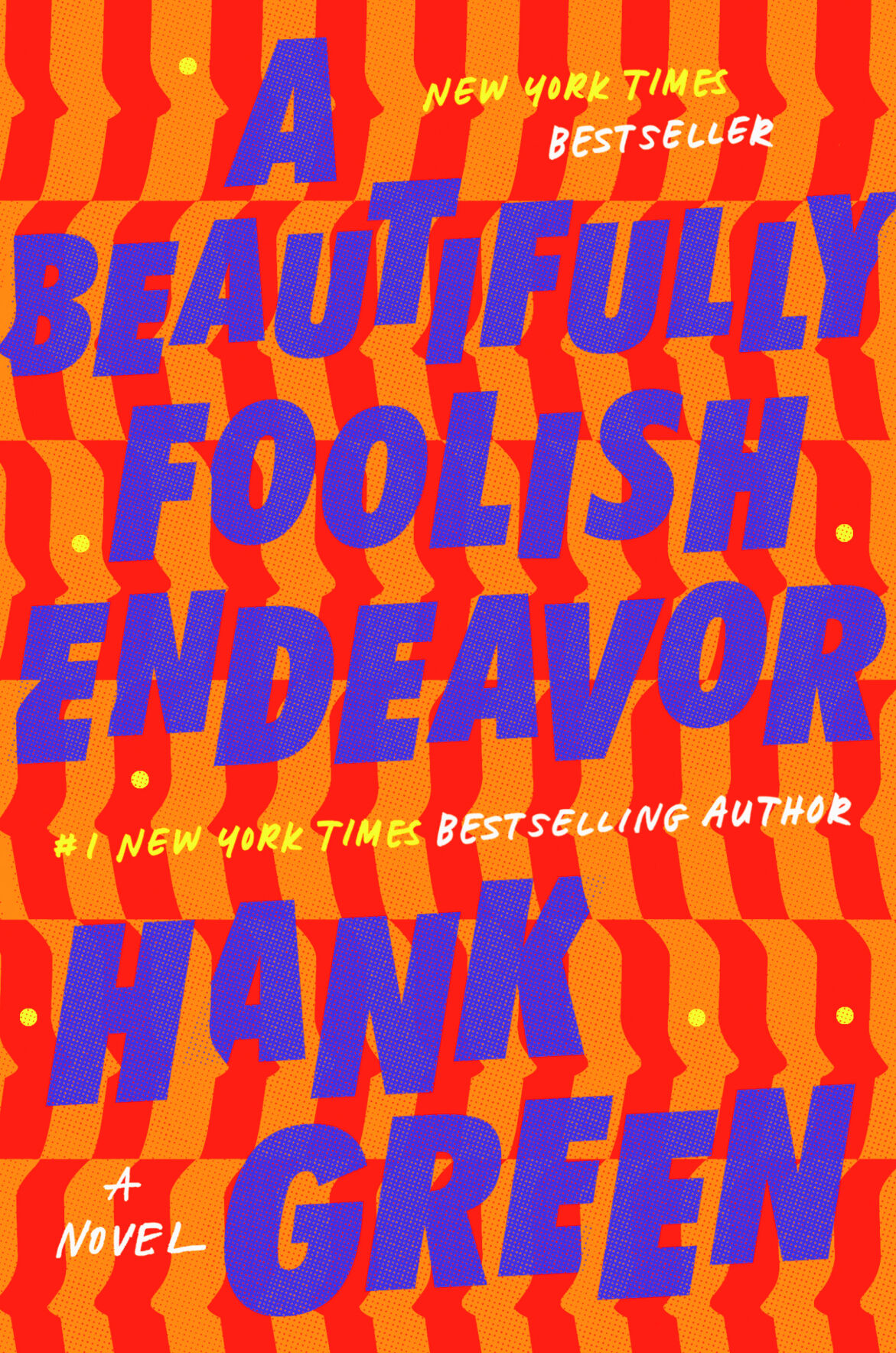 In the follow-up to his debut novel, “An Absolutely Remarkable Thing,” Hank Green takes his cast of characters on an even bigger adventure and satisfyingly resolves deep mysteries set up in the first book. “A Beautifully Foolish Endeavor” is both fun and frightening, as Green raises questions around the power of social media, the internet and the role the online world plays in our lives.

An internet sensation himself, Green’s series is a reflection of a dynamic he grapples with every day as a YouTuber with a Twitter following of more than 800,000. He loves the internet, but because of his position, is more wary than most of the damage it can cause.

“There’s so many good things about the internet, but I think it is also important to be critical of the things you love,” he said in a recent phone interview, about his motivations for addressing the themes in his books. His worries about the power of the internet play out in the world he’s created, as a group of friends set out to save humanity from becoming a programmed society. (No plot spoilers to come beyond the end of the first book).

The sequel, released July 7, starts where “An Absolutely Remarkable Thing” left off, with Maya, Andy and Miranda trying to figure out what their lives mean after the disappearance of the Carls (alien robots that appeared in major cities across the planet, becoming a global mystery). April May, the first book’s protagonist and a 20-something art student who shot to internet fame after discovering the Carls, is either missing or dead. The group of friends sets off to find out what happened to her and the Carls and ends up discovering a whole new world of problems to solve.

Mind-reading books, super-human powers, new characters, virtual worlds and a much-anticipated explanation of the Carls all come together in a cautionary tale about our attachment to social media and the influence it can have on our lives.

“It is really sort of surprising the amount of power that a social media platform might have,” he said, referencing the recent Twitter hack that compromised the accounts of Barack Obama and others earlier this month. “That just sort of got swept under the rug because the hackers didn’t use it for anything particularly nefarious. … They had a really terrifying amount of power in the moment when their exploit was not known and they could have tweeted anything from any account. I don’t know that that’s a world-destroying power, but it certainly could have been a destabilizing power, especially if used on Nov. 3, for example.”

Most of these platforms are controlled by a small group of people, which he said is a frightening prospect given how big an impact their decisions can have. He referenced Mark Zuckerberg and a board of maybe 10 that make decisions regarding Facebook, and now Instagram.

The story is a wake-up call to be aware of how social media content is created and how it might be influencing us.

“What you decide to look at is what gets created. We need to understand our own power and also question how other people are using their power,” Green said, using misinformation surrounding the coronavirus pandemic as an example. “When you see people who have large audiences tweet their amateur epidemiology opinions, I feel like that is not cool. That is not right.”

While the book has an overarching critique of the internet’s effect on society, smaller themes of friendship and teamwork also appear throughout, as the group must work together to save the world.

The first book was told strictly from April’s point of view, while the follow-up includes multiple characters’ perspectives, with each chapter coming from a different person and bouncing among story lines. The characters each have their own arc that come together at the end, which Green said was almost like writing three separate novels.

“I wanted to set myself up for a challenge, but I also think it was the right way to tell the story,” he said.

Green spent time developing each person’s identity within the themes he was exploring, and created a diverse cast he hopes readers will be able to identify with; we all use the internet, but consume it and are influenced by it in different ways.

“I want characters who do a good job of filling the role that they need to fill in the story and identity is a huge part of that,” he said. “You need different perspectives in the room when they’re having these big conversations and they’re trying to figure out what to do next.”

He’s almost positive “A Beautifully Foolish Endeavor” is the end of April May, her friends and the Carls’ story, but said he’s not saying “never” to another related book down the line.

For now, “What feels really good is writing a story that had a lot of deep mysteries with the majority of those mysteries getting satisfyingly and coherently answered.”

Rather than leaving you feeling doomed, the story leaves you in balance, with the knowledge that while we as humans can do really foolish things, being human is beautiful and special.

“(The characters) are not perfect … it’s not happily ever after and it was rough getting to where they are, but I think they don’t need me anymore.”

After finishing this story, he said it’s been hard to keep away from fiction writing and he’s already put down an outline for another novel. In the meantime, he would love for “An Absolutely Remarkable Thing” and “A Beautifully Foolish Endeavor” to become a TV series or movie.

“I’m having my agent knock on all the doors she can. I’m super into that, just because I want the story to reach as many people as possible.”

In the follow-up to his debut novel “An Absolutely Remarkable Thing,” Hank Green takes his cast of characters on an even bigger adventure and satisfyingly resolves deep mysteries set up in the first book. “A Beautifully Foolish Endeavor” is both fun and frightening, as Green raises questions around the power of social media, the internet and the role the online world plays in our lives.