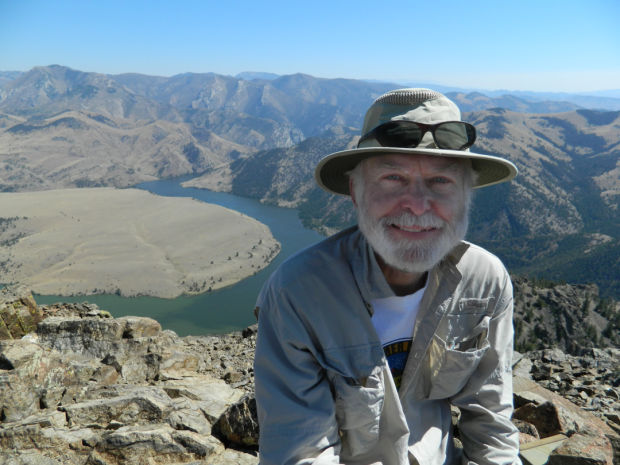 Longtime Helena resident John Hart has written a new book looking into some of the more credible sightings of UFOs over the years. The book is called ‘Cosmic Commons: spirit, science, & space.’ 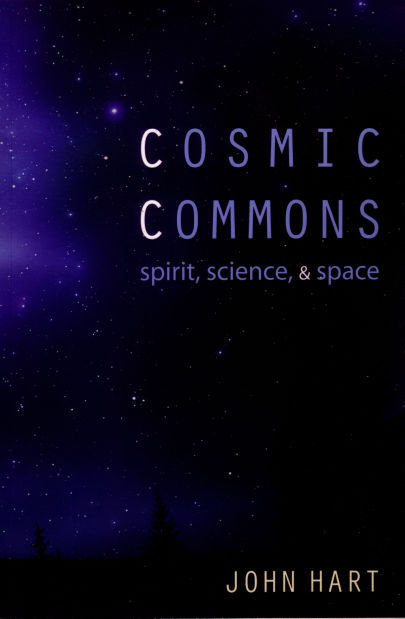 It’s one of those things you just don’t talk about.

That is – if you don’t want to get one of those curious looks or maybe a raised eyebrow.

But John Hart is boldly going where few academics have gone before.

He published a new book in November, “Cosmic Commons: spirit, science & space,” with Cascade Books. It dares to discuss the possibility of extraterrestrial intelligence.

In fact, Hart takes the topic more than a few steps further – discussing ethical interactions we should consider if such encounters take place.

Hart may still get the odd look from a few colleagues, but he’s also getting some positive reviews from authorities in both scientific and religious communities.

He was inspired to write the book because some 50 years ago he had his own close encounter of the inexplicable kind.

“I’ve been interested in the topic ever since I was a junior in college,” he said, in a phone interview from Boston, where he is a professor of Christian ethics at Boston University.

The longtime Helena resident recounted that in 1963, he and some friends were sitting along the Hudson River on a beautiful clear night. “We saw the brightest, fastest and longest-lasting meteor I had ever seen. I waited for it to sizzle out. It didn’t. It went at a right angle and went straight up in the air.

“You can’t change direction like that – based on physics,” he said.

After a minute or two, one of his friends asked, “Did you just see a light go perpendicular to itself?”

“We were all perfectly sober,” Hart added, saying they hadn’t taken any drugs or drunk any alcohol.

He didn’t investigate that encounter, but decades later saw a book about UFO sightings in the Hudson River Valley that made him recall the incident.

“There have been thousands of reported sightings around the world.”

Many of these were by “reliable witnesses,” often military personnel or scientists.

Two of the most credible collections of sighting data were compiled by Josef Allen Hynek, a retired astrophysicist who was a U.S. consultant on UFOs; and Leslie Kean, a former National Public Radio reporter.

“A major boost to my decision to discuss this topic in a serious nonfiction book was the scientific information and scientists’ thought, particularly as expressed by Dr. J. Allen Hynek,” Hart said.

Hynek investigated UFO reports for 22 years for the U.S. Air Force, Hart said. At first, he thought the people making the reports were mentally unbalanced. But for at least 5 percent of the sightings, he could find no scientific explanation.

Kean is the author of the New York Times bestseller “UFOs: Generals, Pilots and Government Officials Go On the Record,” which formed the basis of the History Channel 2011 special, “Secret Access: UFOs On The Record.”

She delved into the topic when a friend gave

her the first English translation of the French

Hart doesn’t ask or expect people to “believe” in extraterrestrials. Rather, he suggests considering, “Do you think that UFOs might exist and have been seen by credible witnesses?

While the U.S. government denies the existence of UFOs, other governments have released documents by their military services about such sightings – including Brazil, Belgium, Costa Rica, Britain and France, Hart said.

As Hart weighs the growing body of evidence being made public, he recommends taking a proactive approach to develop ethical guidelines should humans have future encounters with extraterrestrial beings.

“I examine the economic, ecological, ethical and ecclesiastical impacts if we discover extraterrestrial intelligent (ETI) beings,” he said. “It would be good to think about it now. I think it’s inevitable that we’re going to have extended contact in the future.”

He cautions against repeating the history of what happened when explorers encountered indigenous peoples in the New World: “European nations rationalized invasion of distant continents, genocide and seizure of the territories and natural goods of native peoples.”

He promotes a positive relationship between religion and science as humans venture further into space.

“I look forward to seeing major efforts in providing seeds and tools for human voyages into space, and equitable human sharing of territories and natural goods found as per UN instruments, and respect for indigenous life and the planets on which it is found.”

To take on such explorations, he encourages joint international efforts.

“I think it would be especially helpful—and promote world peace — if diverse nations could substantially cut their military expenditures and use funds saved for collaborative space ventures.”

One highly successful project he cited was the construction and staffing of the International Space Station.

While that effort was not accompanied by a reduction in military expenditures, such funding being made available could be a huge boost to future efforts, he wrote in an email. “This is what humanity can do when we work together for peaceful purposes to benefit all peoples, rather than combat each other for narrow nationalistic, political or economic ends that benefit only a few.”

In the past, academic institutions and the military have denied the presence of ETI, he said.

But as a result of Hart’s book, some are now viewing it as an academic subject worth discussing.

Among those praising the book is 1986 Nobel Prize laureate Elie Wiesel who wrote, “Erudite and appealing, ‘Cosmic Commons’ deserves to enrich many readers’ thirst for knowledge and spiritual awakening.”

Hart also hopes his book encourages people to “come out of the closet” and share if they’ve had encounters with ETI.

Hart is in the process of publishing a second book, this one nonacademic - “Encountering ETI: Aliens in Avatar and the Americas,” to be released in summer 2014.

Longtime Helena resident John Hart has written a new book looking into some of the more credible sightings of UFOs over the years. The book is called ‘Cosmic Commons: spirit, science, & space.’